The RED DSMC2 Lemo Adapter B w/Cable increases the flexibility of the DSMC2 monitor systems by expanding their connectivity. Key features include:

Off-Camera Mounting. When combined with the DSMC2 LEMO Adapter A, you can move the DSMC2 Touch LCDs off the top of the camera and relocate them to any secure location for use with gimbals and handheld rigs. 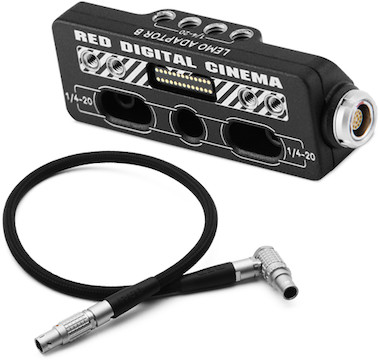