Two for One. If you’re looking to charge two GoPro HERO5 / HERO6 / HERO7 batteries at the same time, then you’re in the right place!

USB Powered. The Supercharger is designed to draw USB bus power from most USB power sources, including USB wall adapters, computers, and the included GoPro Supercharger

Supercharged. Charge your batteries at up to 45% faster speeds thanks to the included GoPro Supercharger’s USB-C connection. 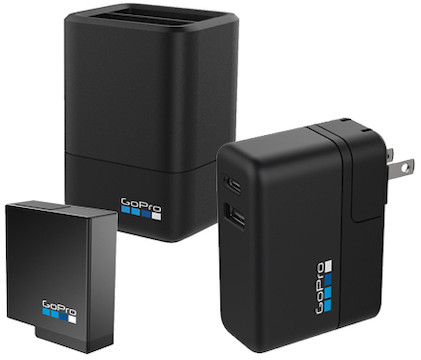