Unique Wide-Angle Prime. The Lensbaby Burnside 35mm f/2.8 is a unique wide-angle prime that gives you extensive control over bokeh and selective focusing. It produces images that have a large, bright central area with sharp focus and striking color surrounded by a distinctive out-of-focus swirl. Your diaphragm settings, proximity to the subject, and amount of contrast and texture in the background of your shot all determine how much of the swirling effect appears in your image. Using an APS-C camera? You’ll have a focal length equivalent to 52.5mm.

Two-Diaphragm Design. The Burnside 35mm’s dual-diaphragm design gives it serious versatility. The aperture ring controls the primary six-blade diaphragm, letting you determine how much of the swirly out-of-focus effect appears in the image. Larger apertures give you a smaller focused area and more swirl, while smaller apertures give you less swirl and a larger focused area. The bronze effect slider controls the secondary eight-blade diaphragm, which increases or decreases the amount of swirl and vignetting within the image’s out-of-focus areas. When this diaphragm is closed down, you’ll get more vignetting and a more-detailed swirl. When it’s wide open, the quality of the swirl will be softer.

Manual Aperture and Focus. This lens provides no electronic communication with the camera. You must make all aperture and focus adjustments manually on the lens itself. The aperture you select won’t be displayed on the camera, and it won’t show up in the EXIF data. Its 6.0-inch minimum focusing distance lets you work with close-up subjects. 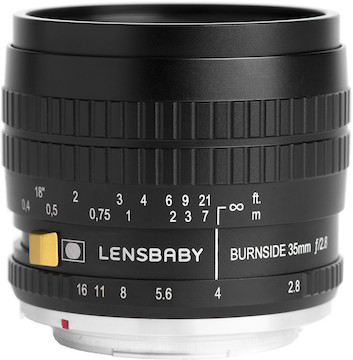 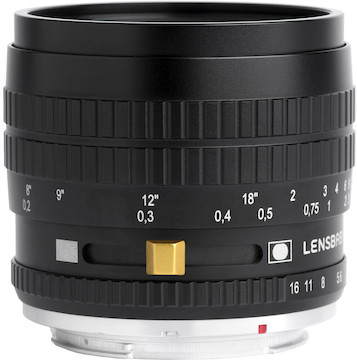