The Rode Wireless GO II 2-Person Microphone System is a tiny, dual-channel, wireless audio solution that allows you to internally record two channel audio & the update to the Rode GO. Key features include:

What’s Changed. With the original Rode Wireless GO Compact Wireless Microphone System you’d need two receivers and two transmitters for a two person kit. The GO II is dual-channel to simplify 2-person, backups, or stereo sources to a single receiver. The GO II now records up to 7 hours of audio internally and has an increased transmission range of 200’ compared to its predecessor. Pretty impressive from a system that stayed the same size as its predecessor.

2-Channel Audio Kit for DSLR. The Rode Wireless GO II 2-Person Microphone System includes two transmitters, two dedicated omni lav mics, one receiver, and all the accessories needed to conveniently mount and feed two channel audio into a 3.5mm TRS mic input like the ones found on DSLRs and mirrorless cameras. It does this without the need for bulky XLR adapters or mixers.

Companion App. The GO II uses the Rode Central app, which is compatible with PCs, Macs, and iOS and Android devices, to offload high-quality versions of internally recorded audio and change device settings and preferences like gain control and safety channel activation.

Lavalier Mics Included. While the Rode Wireless Go II transmitter already features an integrated microphone, we know the clip-on style mic isn’t ideal for all shoots. With the addition of the Rode Omni lav mic, you get the same Rode Wireless Go II simplicity in a subtle, more conventional wireless audio solution.

Clip’N’Go Design. The GO’s clip design makes it uniquely versatile for content creators on the go. The small, fixed clip allows a TX to discreetly clip directly to the talent’s clothing, while the cold-shoe mount provides a straightforward, cold-shoe compatible mounting solution for the receiver.

Internal Battery. Both the receiver and the transmitter have a rechargeable internal battery that will power them for up to seven hours. We include USB Type C cables for charging the devices from standard USB power bricks (not included) or computer USB ports. 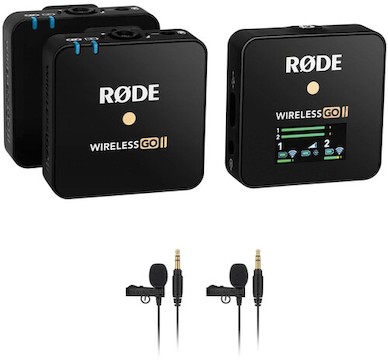 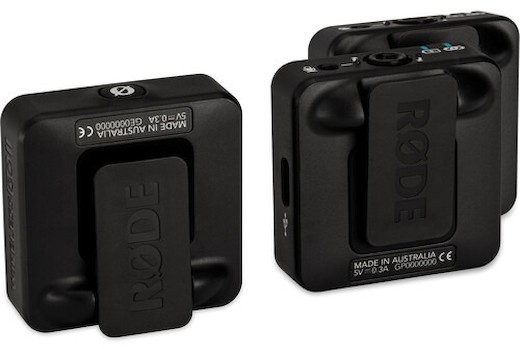 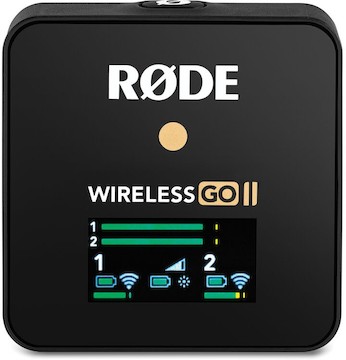 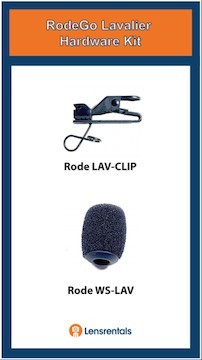 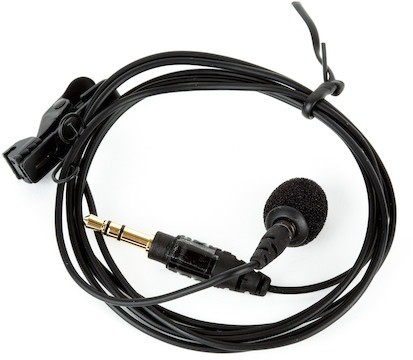