PL Mount With Lens Data. The Zeiss Supreme Prime 40mm T1.5 features a PL mount capable of transmitting lens metadata via Cooke /i and Zeiss Xtended Data systems. Compatible cameras can read aperture and focus distance in real time and save that into the metadata of captured video.

Lens Consistency. A defining characteristic of the Supreme Prime line of lenses is consistency of color, contrast, and edge-to-edge sharpness. Color is neutral, contrast is high while maintaining a bright image, and lenses are sharp to the corners for crisp 4K image capture.

Rugged Matched Housings. While relatively small for full frame cinema lenses, this series dwarfs the Zeiss CP.3 line. Once you get past the size and weight, you can begin to appreciate the matched gear placement, clear markings, and rugged, cinema-quality build of the housings. They are built to last. 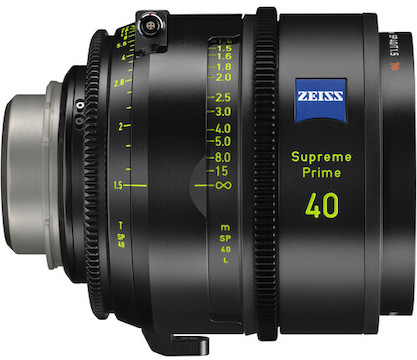 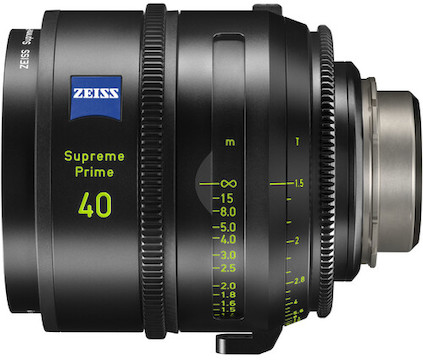 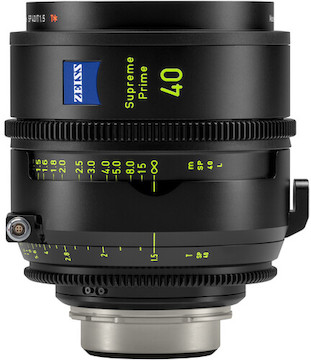