Nikon F mount. Finding an alternative to the Nikon 70-200 f/2.8 zoom has become important (as prices skyrocket). We had good luck with the non-OS version of the Sigma 70-200, waited a bit since the release of the OS version to make sure there weren’t “new-release” problems, and have now added it to our lineup.

If you’re expecting it to be indistinguishable from a Nikon 70-200 f/2.8 VR II, then you aren’t going to be pleased — it can come close to matching it in the center, but not in the edges and corners, at least not at f/2.8. But it’s an excellent lens and at a reasonable price.

It also autofocuses quickly and accurately enough to be used for sports photography. It’s sharp in the center even wide open all the way to 200mm, although the edges won’t sharpen until f4 and improve further at f5.6. And the image stabilization is very good. I’d call it 3 stops which is not quite up to the Nikon 70-200 f2.8 VR II, but better than the original NIkon VR.

For most people who will use this lens for sportshooting the corner and edge softness won’t be an issue. I recommend looking at the LensTips review below before making up your mind. Depending on how you shoot it may be a great way to save some money compared to the Nikon version, but for others it’s weaknesses may be an issue. One thing I will add: this lens is NOT 200mm focal length. It’s 180mm or so at the long end, noticeably shorter than the previous Sigma 70-200 or the Nikon 70-200 lens. If that’s important to you and you really need every bit of 200mm, this may not be the lens for you.

All of that being said, from long experience I’m only going to recommend this lens if your camera has autofocus microadjustment. We will, of course, test the lens before every rental, but one thing we know, like we know the sun is going to rise in the East, is that there is more camera-to-camera autofocus variation with third-party lenses. A given copy of this lens may be very accurate on one camera, backfocus on another, and frontfocus on a third. 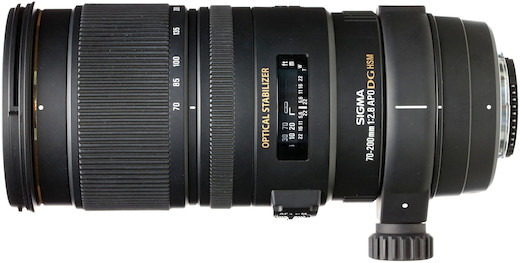 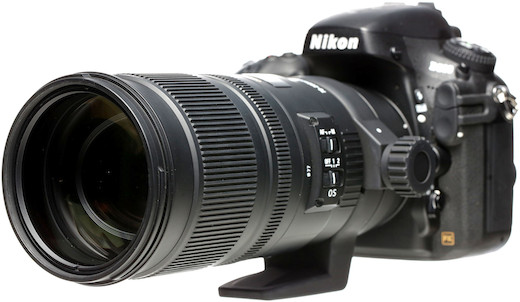