An ideal lens for both indoor and outdoor portraits, this short, high speed lens was designed for challenging photography missions. The nine-blade diaphragm provides impressive bokeh, and distortion is practically nil. This superb Planar lens guarantees high-quality, colorful images even at full aperture.


Full disclosure: I love Zeiss glass. I used to shoot it on the 1DsII with an adapter and still shoot ZF lenses on Nikon bodies pretty frequently. So I was as excited as anybody when Zeiss announced...

Full disclosure: I love Zeiss glass. I used to shoot it on the 1DsII with an adapter and still shoot ZF lenses on Nikon bodies pretty frequently. So I was as excited as anybody when Zeiss announced the ZE mount.
The ZE lens is superbly well built with metal body and hood, and the smoothest focusing ring I’ve handled. The electronic autofocus confirmation system works: You focus the lens manually with the shutter button half-depressed and you get the ‘red box’ through the viewfinder confirming focus. Its fairly accurate, although I found it took a few minutes of practice to get used to it and live-view focusing is more accurate. Not as convenient or quick as motor driven autofocus, but better than unaided through-the-viewfinder manual focus. The 85 f1.4 is not as sharp wide open as I’d hoped and I’d consider f1.4 for emergency use only. By f1.8 its sharp and at f2.8 is wickedly sharp. As sharp as anything I’ve shot. My take is its sharpest in the mid range (from 7 to 50 feet) and not quite as sharp at infinity, which is what would be expected from a lens who’s primary use is protraiture and not landscape. Distortion is nil. The best part is it has that Zeiss ‘look’: great microcontrast, even when lighting conditions are harsh and contrast high.
One other point that needs to be made: this lens does exhibit focus shift from f1.4 to f2 or so: in that aperture range it will tend to front focus, especially on objects fairly close to the camera.
I know someone will ask this question, so no, its not ‘better’ than the Nikon 85 f1.4. Its a slightly different look in contrast and color that I personally love, but probably not quite as sharp wide open and requires manual focus so its less convenient. here Its an excellent lens, but not my favorite among the Zeiss primes.

If you’re interested in finding good reviews of the various ZF lenses, with in-depth analysis of their strengths and weaknesses, we recommend spending a few dollars and getting Lloyd Chambers online review of the ZF lineup 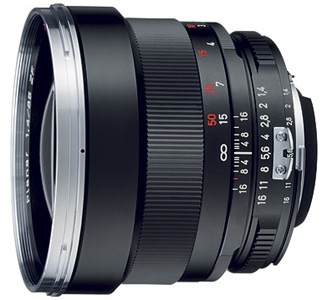