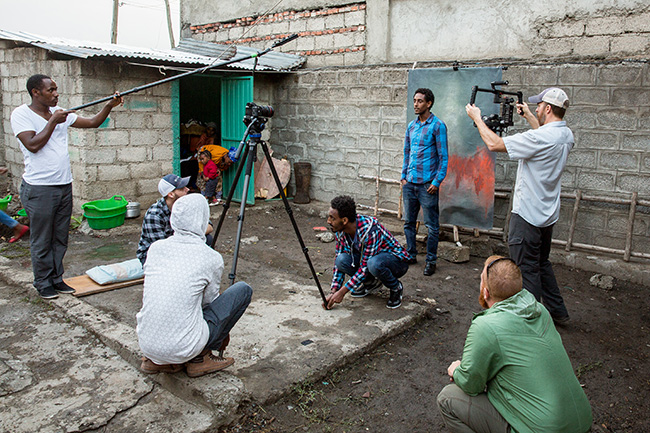 There are times when the smallest decision can make a large impact. I do believe that we have the opportunity to change a life by simply making one small decision. When I’m given the chance to help through photography, I feel it’s my duty to pay it forward.

Recently, I partnered with Nadus Films for their “Give A Story” grant project. We offer grants to international organizations in need of having their stories told. We’ve locked arms with the NFL, ESPN, and many other groups and foundations desiring to see good stories told. Simply put, there’s a lot of great people doing incredible work but they’re inadequate when telling their story or they just don’t tell it at all. We have created a platform to help change that. The grant provides the opportunity to document, capture and provide the right tools, so non-profit initiatives can raise awareness and gain traction for further funding. Our project in Ethiopia focused on a foundation titled “Youth Impact” which provides shelter, food and a clear road for homeless children located in the city of Addis Ababa. 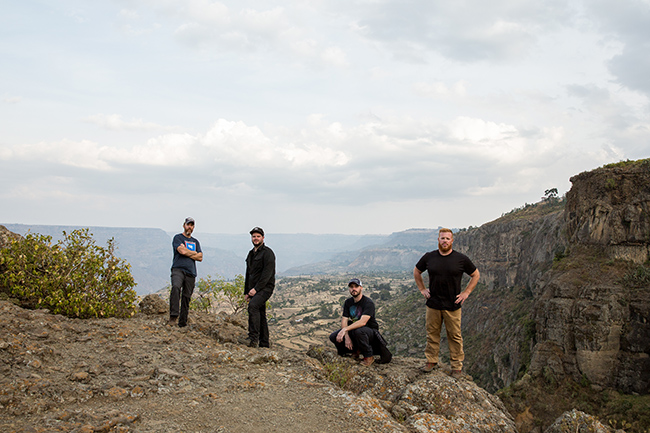 Nearly 60% of Ethiopia, Africa is under the age of 18 and of that demographic nearly 100,000 children are completely homeless and suffer from injustice in epic proportions. Due to famine, war and civil unrest, some children, just 8 years of age roam the streets of the city. There is an extreme lack of leadership, parents and grandparents. It is a nation of youth. Before I even stepped off the plane, I knew it would be an experience, but I was unaware of the impact it would actually have. 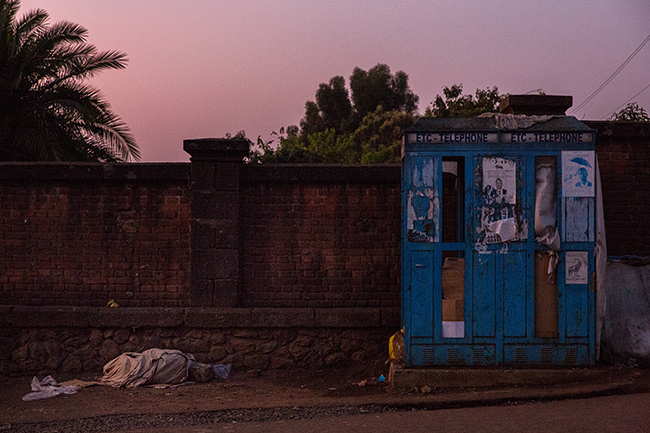 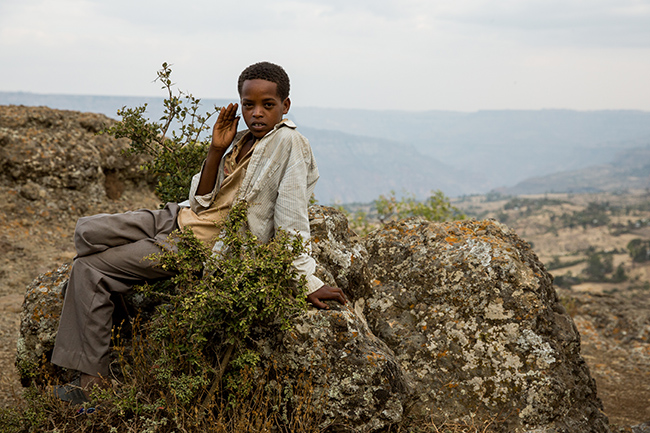 Although Ethiopia is well-traveled by tourism, it’s also a country that is weary of exploitation. Just days before our date of departure, we hit a speed bump and had to re-think our strategy for both entering the country and the equipment we would haul. Our usual gear list consists of cameras, lenses, tripods, grip equipment, lighting, stands, sliders, and stabilizers. We had to break it down to something with a smaller footprint and less conspicuous. We had to play the tourist and travel completely under the radar, which isn’t easy for a professional production crew. Luckily, thanks to the efficiency of LensRentals, we were able to grab the right lightweight and mobile tools for the job on top of a stripped down version of our normal equipment list. 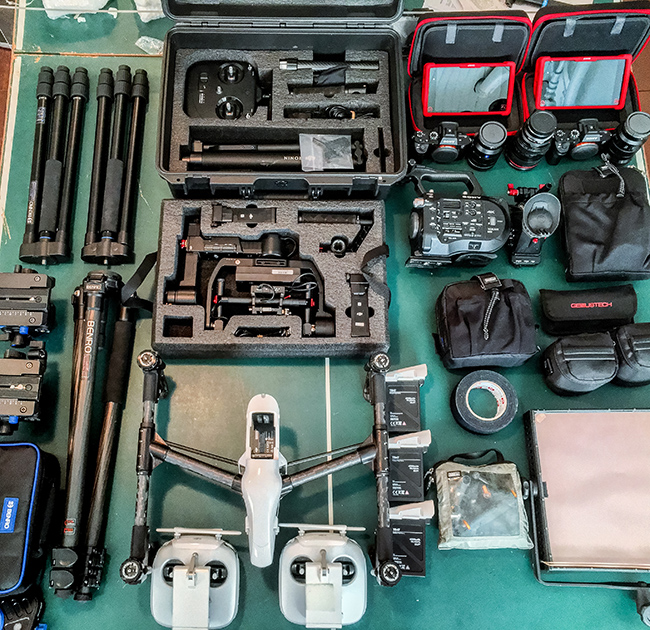 Against all our intuition, we decided to leave the production cameras at home and risk it all with two mobile mirrorless systems. Despite being such a small camera, we knew the Sony a7RII could still pack a punch. With the help of an Atomos Ninja Assassin, the camera will record in ProRes, an uncompressed version of 4K. They are lightweight, have fantastic low-light capabilities and a solid dynamic range. The Sony Alpha systems have always exceeded my expectations.

At the last minute, we added a product to the list that would alter the production; we rented a DJI Ronin-M 3-Axis Brushless Gimbal Stabilizer. We had never taken a stabilizer such as this to any production in a foreign country. But, we settled on the fact that it could add an element of value to the cause. It would be a risk to add a piece of equipment to the baggage, but it was a risk we felt would cash-in and push the end product to new heights.

With little experience in this equipment, we spent hours in orientation to guarantee we knew the system in and out before landing on the ground in Ethiopia. After days of packing and working through the new gear, we had a solid game plan and only one equipment kit per person. We could only cross our fingers to avoid any questions and snags during our entry into the country. The flight was long and the checkpoints were stressful, but we landed safely on the ground with only a couple of standard hiccups. 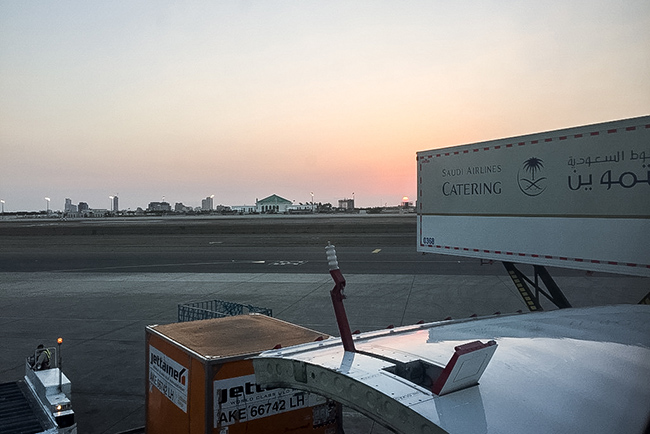 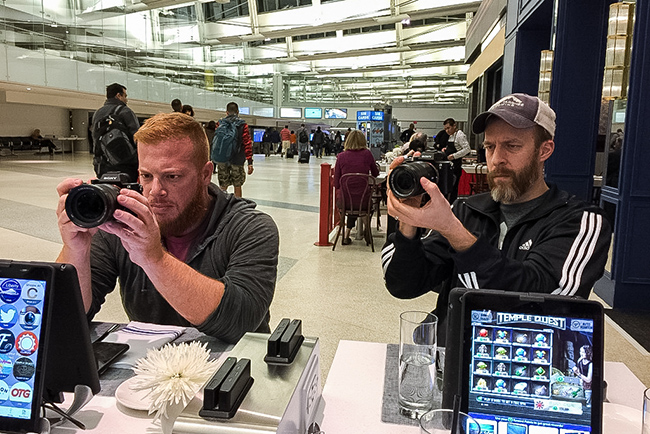 Unlike the first time I visited Africa for The Waterboys initiative in 2015, Ethiopia surprised me. It is much more advanced as a country than Tanzania; however, it is much more damaged—while Tanzania fights for water, Ethiopia yearns for security. The people of Ethiopia are proud of their culture, religion and heritage but I could sense the desire for more; a longing for a better life. That being said, the people of Ethiopia are weary of the unknown. Even though our project and purpose was indirectly saving their lives, they are hesitant to any type of image—any recreation of reality, including documentary work. Understandably, we encountered much resistance in our project due to the fear of being exploited. With such a high risk of conflict, we had to be unobtrusive and low profile, regularly in the shadows. 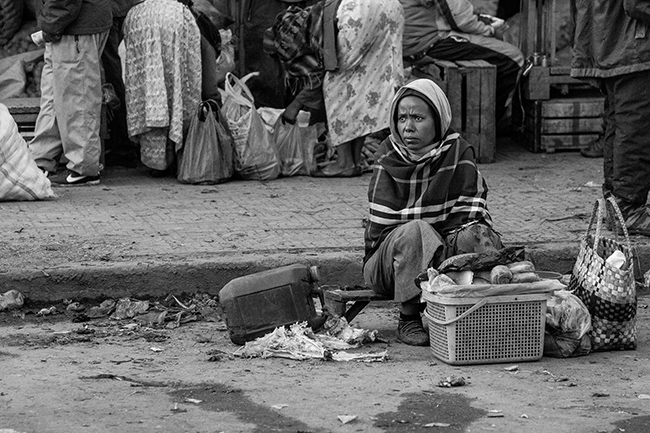 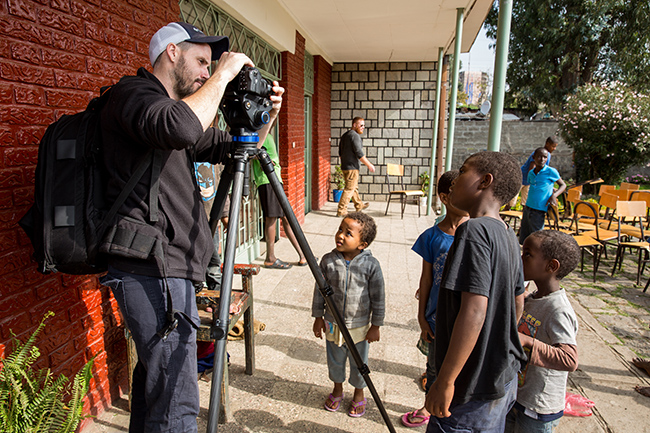 Photographing this project in Addis Ababa was one of the most difficult assignments I’ve had. Much of the content I deliver is street photography and a production-style touch of photojournalism. Although, it’s not what I do nor what I’m known for, it’s something I really enjoy. It takes me outside of my comfort zone into a life behind the lens. It’s my security blanket in these strenuous and precarious locations. Nevertheless, the people of Ethiopia are terrified of the unknown. Despite our project indirectly saving the lives of their own, they are hesitant of any type of picture, including documentary work. Due to the fear of exploitation, we were met with a lot of resistance and “hands over the face.” It made our job so difficult, we had to be quick, inconspicuous and constantly in the shadows. 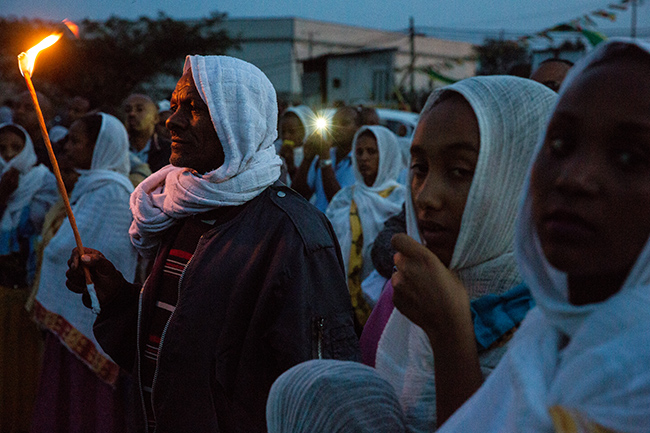 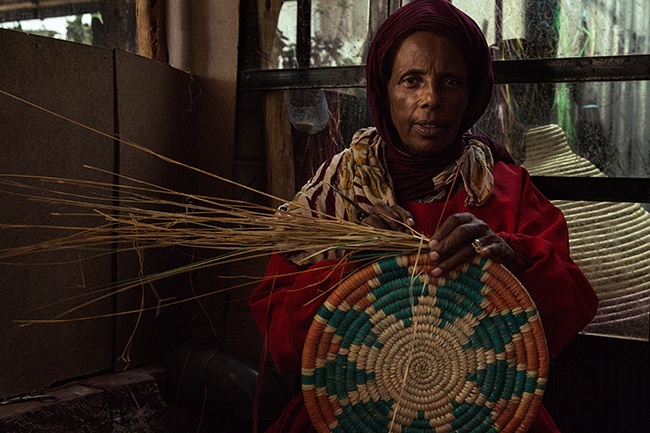 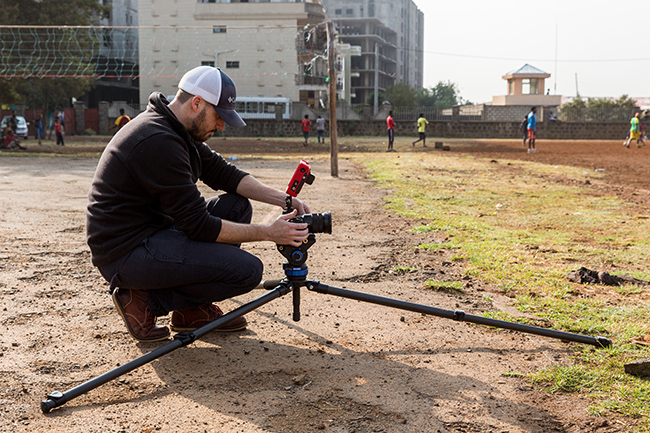 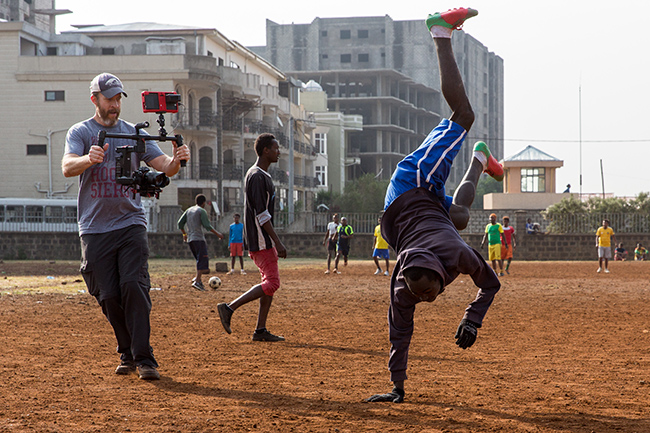 As the possible location for the Garden Of Eden, the birthplace of coffee, and a culture so rich and vibrant, it is impossible to deny that Ethiopia has impacted the world. Despite most of our journey taking place in the consolidated slums of Addis Ababa, towards the end of our travels we left the hazy cityscape and ventured out into the marvelous pastures of Ethiopia. Eventually we came upon the Blue Nile Gorge; a historical ground of wildlife, unique plant-life and mile-high canyons. The sharp rock and sepia-toned structures composed a landscape of beauty and awe. I distinctly recall inhaling the fresh air for a short-lived high after the grueling week of documentation. 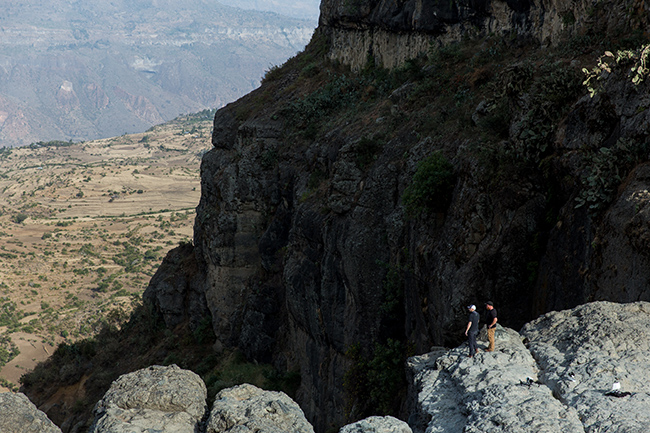 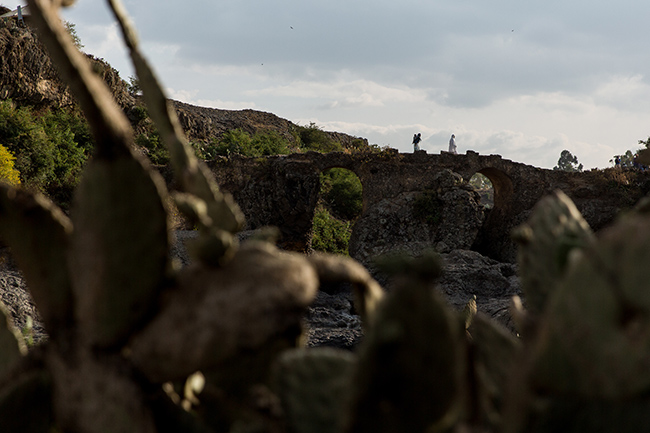 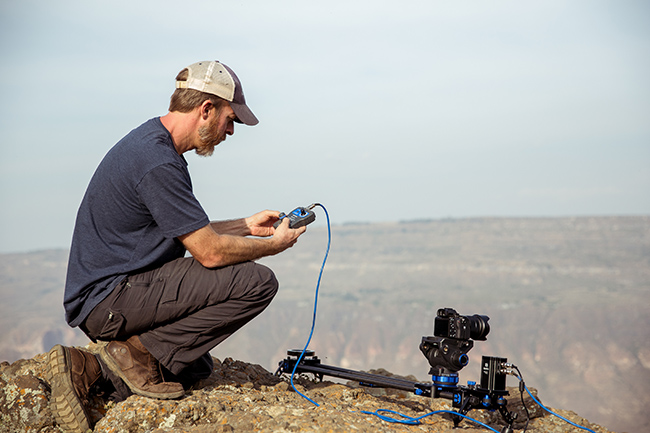 At last, we could let the DJI Inspire Drone loose and capture the beauty of the vast and incredible landscape. The first few hours were spent outlining specific shots, which had to be captured at precise times. Our final shot would be the tallest hurdle of the entire production. The Blue Nile Gorge consists of a massive waterfall with has helped sculpt the Portuguese Bridge; a rocky structure that has three main arteries. It was created in the 16th century by the Portuguese to cross the enormous waterfall. Luckily, when we arrived to the canyon, it was during the driest season; however, deep pools were still present that the local youth would jump into from a thirty-foot, jagged cliff. This was our shot, this was our ending. We wanted to capture the thirty-foot jump from multiple perspectives. An overhead drone, a stabilized tracking shot and a static frame from below towards the natural pool. After six jumps and a lot of trial and error, we had the shot in the can. Despite our crew being utterly drained, we celebrated by making the jump ourselves. 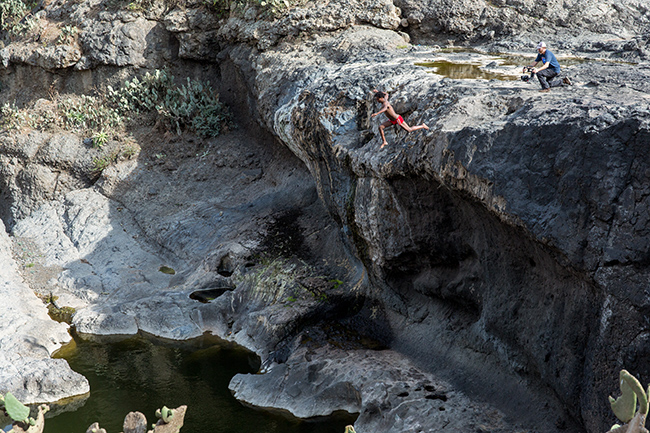 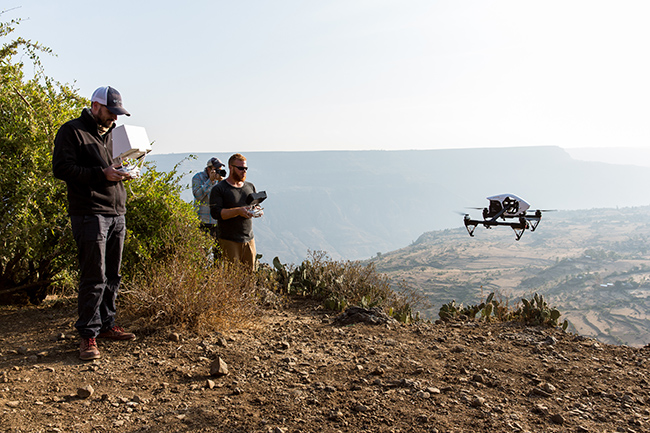 The Sony system performed beautifully. Albeit, the rigging altered depending on the circumstances, we were very confident in the footage we had captured throughout the course of the week. The people of Addis Ababa may move slowly, time moves quickly in this style of production. In some cases we had no option of using the Atomos Ninja Assassin, other times it was called for and we rigged it up. We kept one camera handheld and one camera rigged to the DJI Ronin-M Stabilizer. The two camera partnership allowed for both intimate action as well as high-production-value style shots. Every night we settled into the dailies with a massive breath of footage. 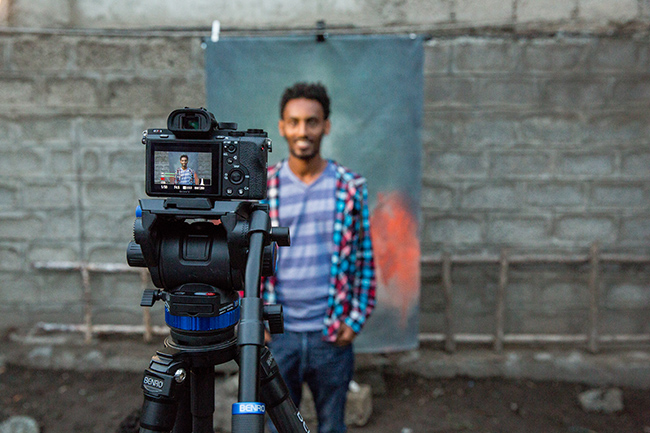 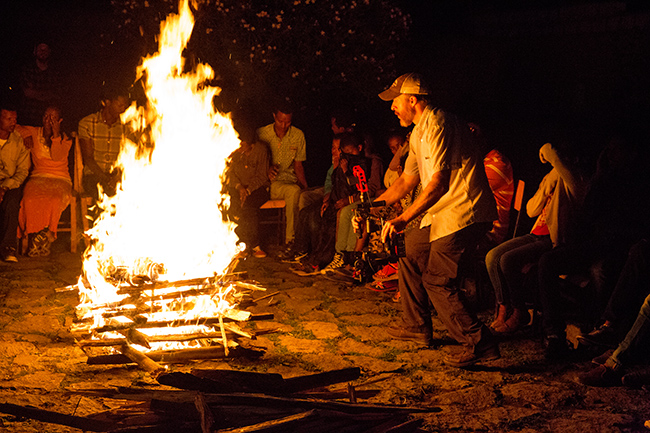 We pushed the Sony a7RII to its video limits and it shined. The system didn’t necessarily convince the crew to move to a more mobile cinema camera, but we now know it’s a system that can be used when the situation calls for it.

This experience transformed me—I now drink coffee and obsess over Ethiopian spices. But the trip changed and impacted me on a deeper level also, I returned to the United States with a new found respect for those involved in such selfless acts, like helping others or raising a community. I am often asked about Ethiopia and I’m instantly reminded of the faces of children who had never seen themselves in a photograph; never had their story told. My only hope is that our documentaries and my photography can shape the lives of people for the better all over the world. 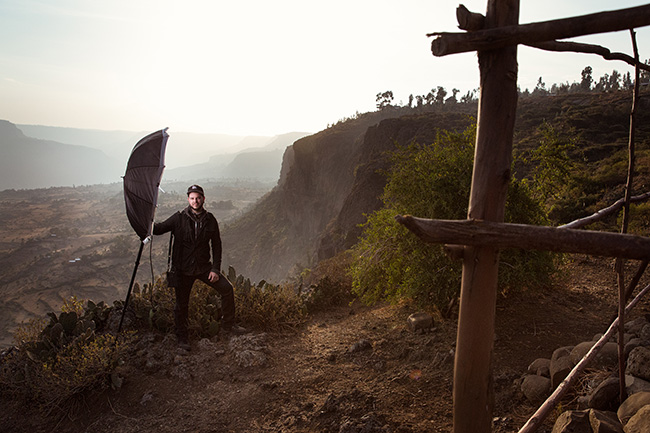 Tweet
Posted in Equipment
Is the New RED Weapon, the Weapon of Choice?
A Look at Electromagnetic Focusing