Tyler, as Tyler does, handed me three copies of the Olympus 60mm f/2.8 Macro lens this morning. It wasn’t a great day for testing; Wednesdays are always the busiest repair and turnaround day. But I did manage to squeeze in  a couple of hours with them. 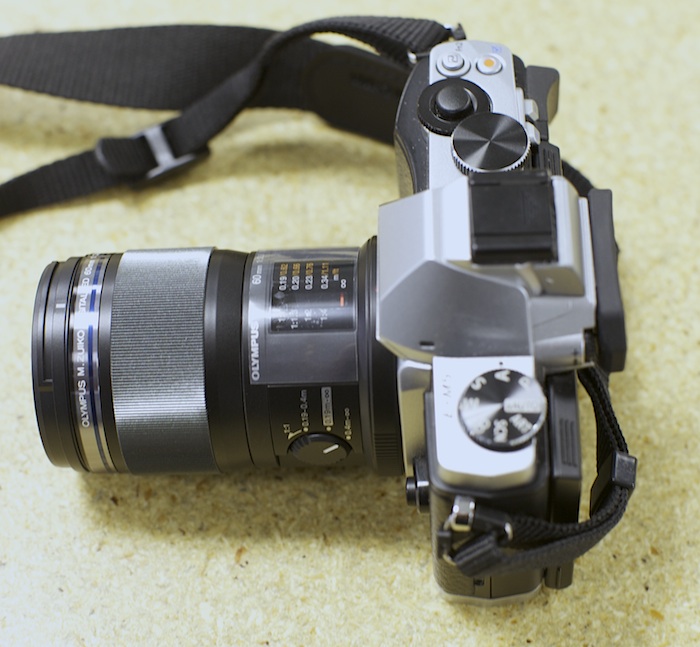 The size surprised me at first. Not that it’s big, but just that it’s rather long and thin. It has multiple moving groups, though, so I assume the length is needed to let those elements move around properly. (Three separate groups move for focusing at different ranges.) It also has a handy scale on top showing the Macro magnification from 1:4 to 1:1. 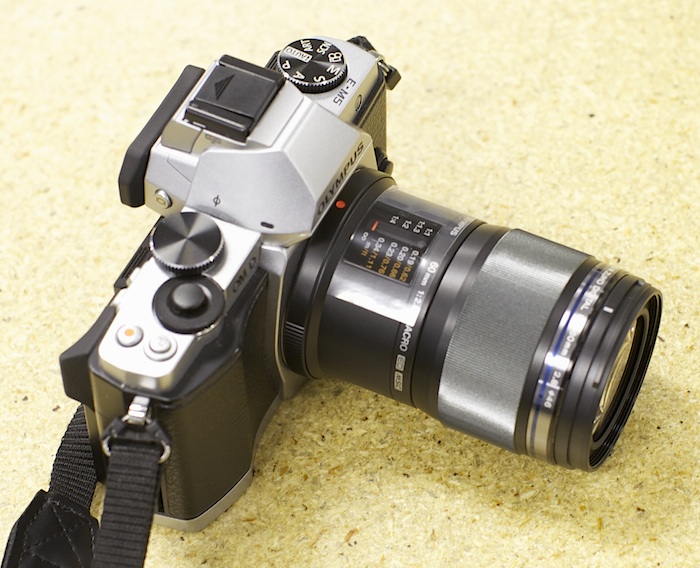 On the side of the lens is a focus range limiter switch. Very handy to have, although I’m not sure what I think about the spring:loaded 1:1 limit setting. I think I’d prefer just another click stop, but overall I like it.

I didn’t have the Olympus adapter and flash so I was limited in what I could do around the office in ambient light. But I do love some 1:1 macro shooting so I tried to make do. 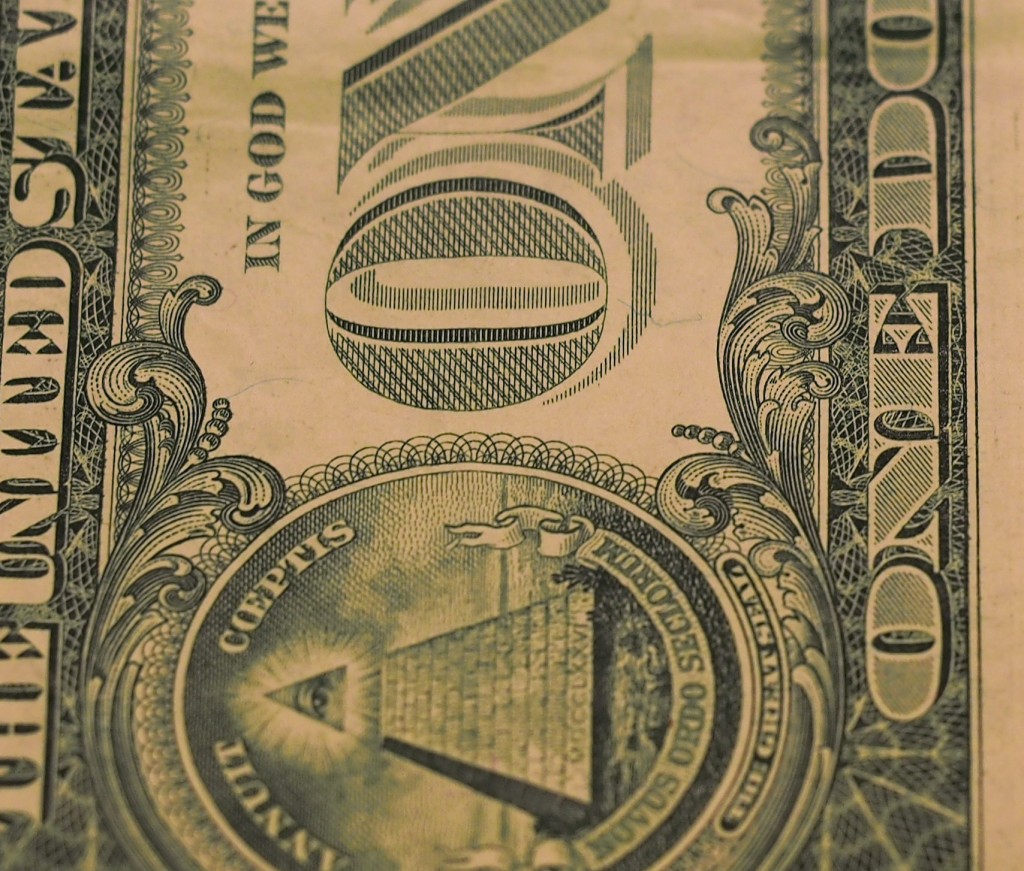 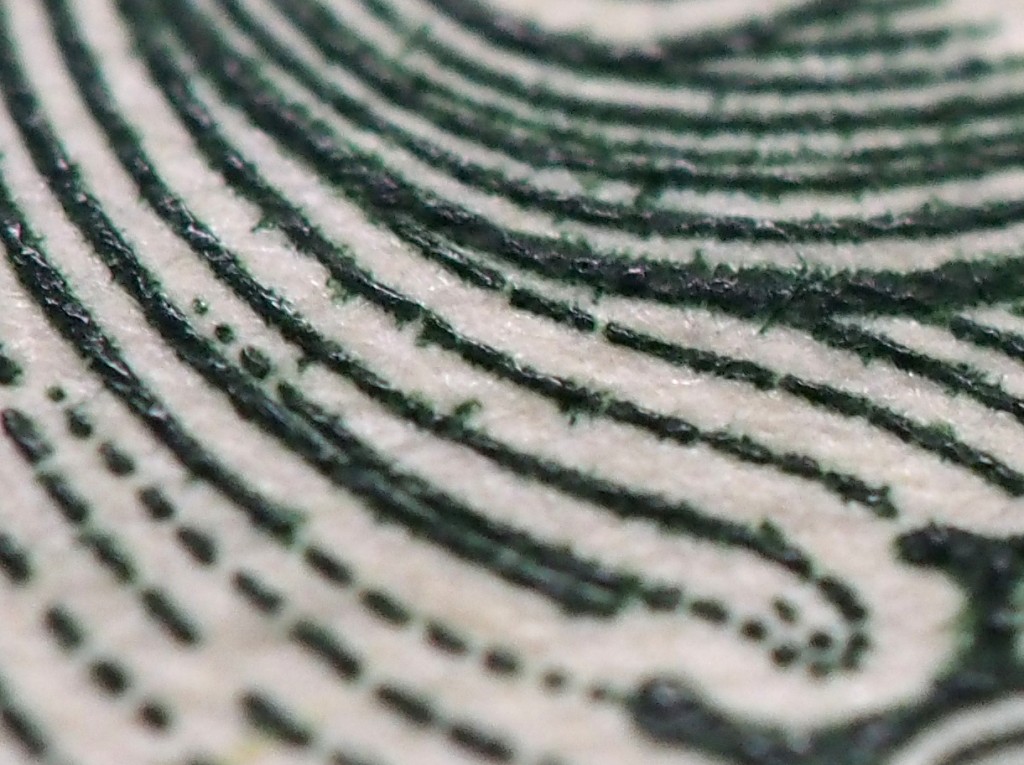 Here’s a non-macro shot of the board. 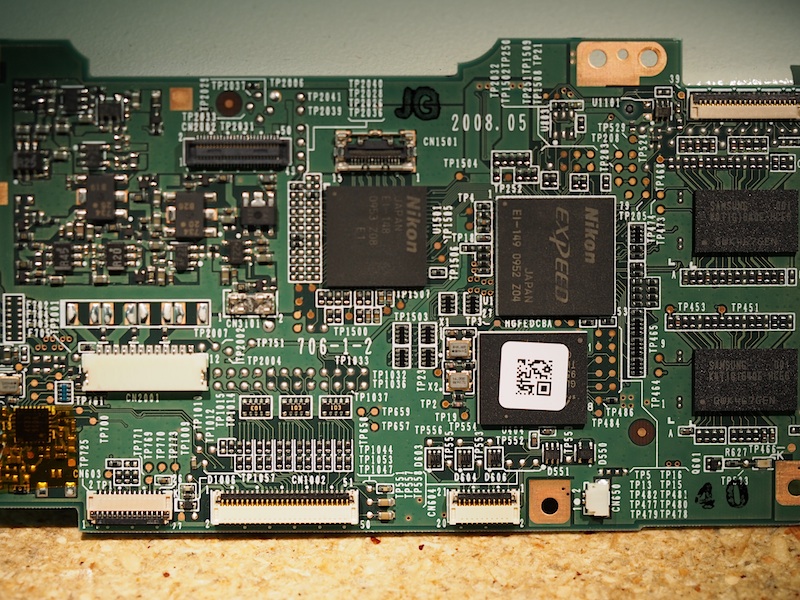 Crop from 1:1 Macro of the right side of the chip with the white barcode sticker. 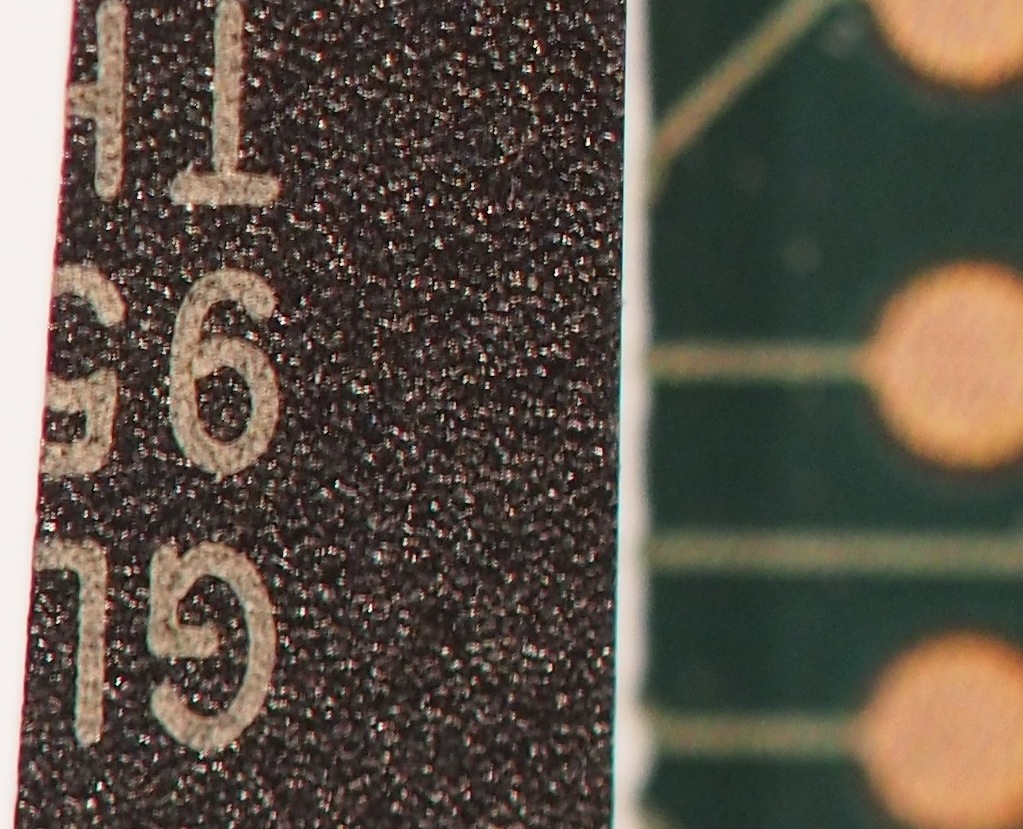 And, of course, the requisite picture of a dime. I told you I didn’t have any macro subjects handy. 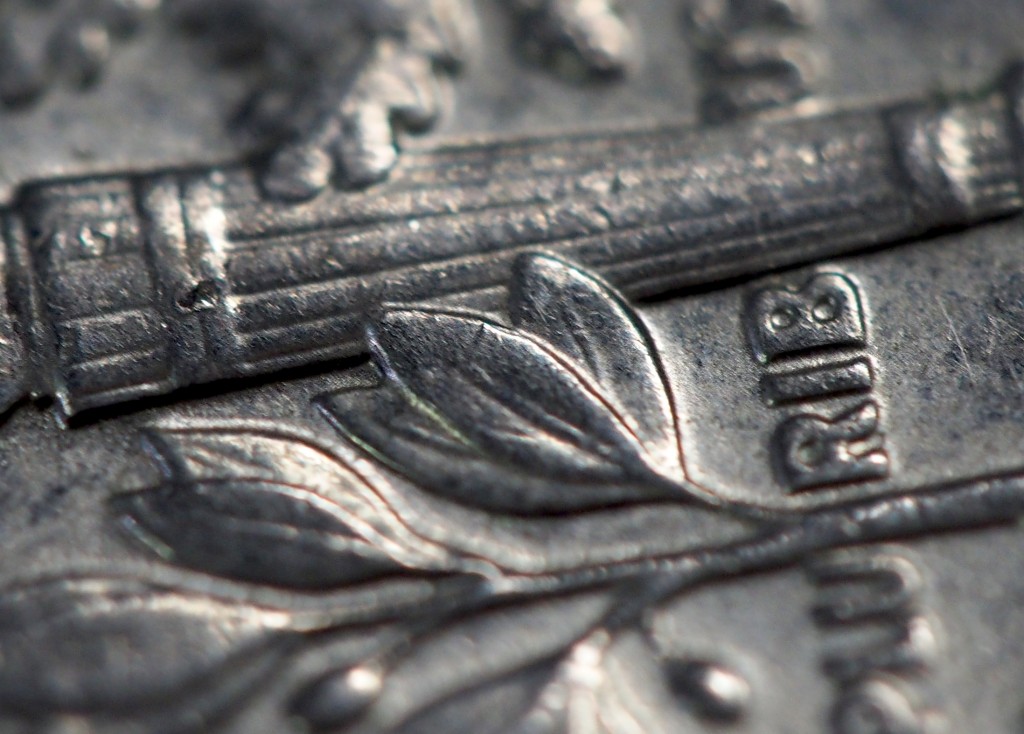 Of course I tested it. That’s what I do. But I consider the testing setup we used to still be experimental. Until recently, the limitations of our equipment meant that we could only test Macro lenses at regular shooting distances. A 100mm macro was tested at 12 to 18 feet. How a Macro lens performs at that distance (or at infinity) doesn’t necessarily correlate with how it performs at Macro distances.

We’ve worked with Imatest to develop a more appropriate Macro testing setup and have found it effective at 1:5 and 1:3 shooting distances for SLRs. Unfortunately, the test target is shaped for 3:2 sensors, which means it doesn’t line up perfectly with a 4:3 sensor. That means different parts of the image are read (the upper and lower readings are closer to the center, the side readings further away). I mention this because the results we get with m4/3 lenses should be comparable among themselves, but will NOT be comparable to other cameras and lenses. And you can’t compare these results to standard distance results we’ve gotten with other m4/3 lenses. Different setup on different charts.

Anyway, we did make the logical comparison between the Panasonic/Leica 45mm f/2.8 Macro and the Olympus 60mm f/2.8 Macro. We tested 3 copies of each (all we had) and I’ve put the average (mean) of the results in the table below. There’s a numeric difference, but it’s not meaningful. For all intents and purposes the resolution of the two lenses is identical.

Truth is, comparing the two lenses is rather silly. If you shoot Olympus, you’ll probably want the 60mm Olympus lens because it’s cheaper for about the same quality. (It’s still cheaper even after you shell out $70 for the ‘sold-separately’ lens hood since Olympus has decided nickel-and-diming customers is good business.) If you shoot Panasonic you’ll probably want the OIS of the Panasonic / Leica lens.

Of course, there will be other usability differences that I don’t look at, but which may be important to you. Reviews are starting to trickle out, though, so that information should be available soon.

Tweet
Posted in New Items
Why Aren’t the Damn Numbers the Same????
The Man Who (Almost) Never Succeeded