SigZilla is gone now. You’ll be able to see it’s work in action if you watch the World Series. I wouldn’t be surprised if you might not catch an image of it.

Before it left, though, we were able to (with a great deal of difficulty) get it mounted in the lab and run one basic Imatest series. 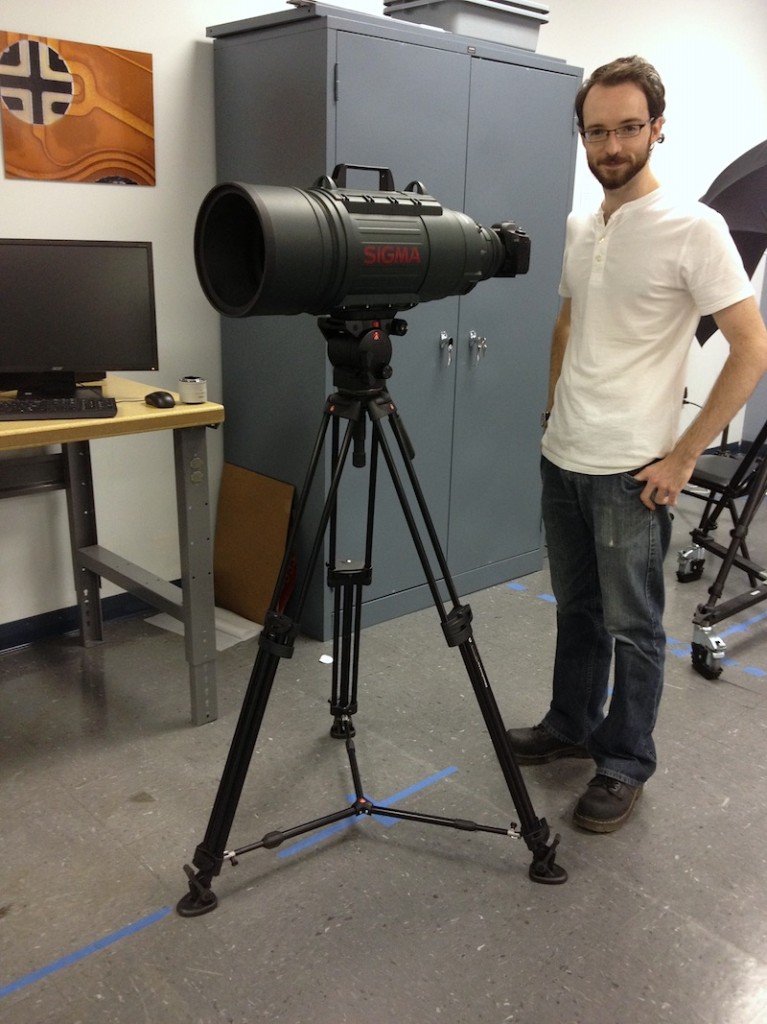 When it returns, we’re hoping we can cooperate with a lab with a more robust set-up to get it more thoroughly tested. We were able to get one good series at 330mm focal length, 8 meters testing distance and f/2.8. From everything we’ve seen, the lens is sharper at longer distances, but hey, the lab is only so big.

We found one other thing rather amusing. A normal zoom lens zooms by turning a barrel that has helical grooves in the sides: rotating the barrel moves the zoom element forward and backwards. The elements in the Sigzilla are so huge that such an arrangement just wouldn’t work. Instead the zoom element is mounted to rods inside the lens, one of which is a screw driven by an electric motor. The screw drive moves the element forward and backward.

It’s quite accurate and reasonably quick both for AF and MF. But it’s rather impressive and a bit noisy. Excuse the lighting — it’s dark up in there.

HAL 9000: “Dave, this conversation can serve no purpose anymore. Goodbye.”