It’s a sad and dark day here at Lensrentals. For years, we’ve worked really long hours fueled largely by coffee and snack cakes. Not just any snack cakes, of course. Hostess snack cakes. So today’s very sad news that Hostess is shutting it’s doorsis a devastating blow to us.

First Kodak. Now Hostess. What will be next? I don’t mind telling you we’re getting a little paranoid around here. So many memories. And it’s not just the nutritional value I’ll miss. Few people realize the huge contributions Twinkies have made to science. 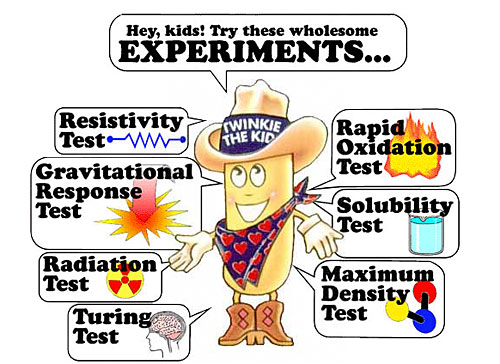 I’ve been on a diet for, oh, about a year now, so my grief is doubled. I feel even worse knowing I’ve neglected my favorite brand during it’s last days. I should have been there for you, Hostess, waistline be damned. If only I had known how little time we had left.

Like a film photographer when Kodak announced bankruptcy, when I heard the news I went straight to the local market to stock up some last deliciousness. I can’t eat any of it right now, but hey, the shelf life of a Twinkie is like 15 years so they would be there waiting for me. Not to mention there will probably be a huge market for these things on eBay in a few years. It was an investment. Like lenses.

Returning to the office with what is either a large bag of potential deliciousness or my retirement plan (depending on what the value of Authentic Twinkies is like in a few years), I actually went to work. That, as is so often the case, is when the problems started. You see, we had backup photographers Scott and Scott taking product photos because Joey was busy.

Well, Scott and Scott teamed up to take the ultimate best product photo of a 24mm f/1.4 lens ever made (click here for the full size version): 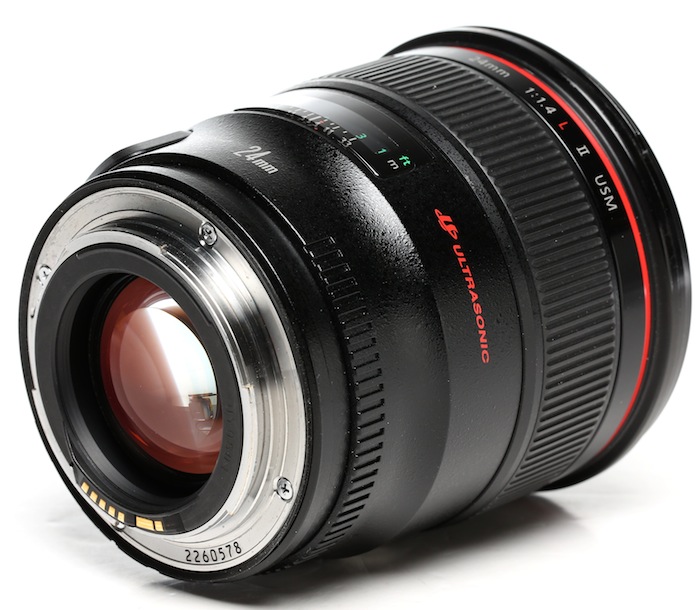 I know what you’re thinking: “Roger, what does this have to do with delicious snack cakes?” Well hang on. I’m getting to that.

I may have mentioned to Joey once or 43 times, “Man, Scott and Scott (AKA Scott Squared) sure did take some great product photos. No need for you to rush back to that job.” He apparently took in personally. After a few hours of me saying this repetitively. And getting a few (dozen) other people to mention it.

Soooo, when I asked Scott Squared to make me a nice memorial photo of some Hostess Deliciousness, they did. Joey, being somewhat irritated, said he should also make a Hostess Photo and we would let people judge who should be doing the product shots from now on.

Scott Squared offered us this lovely shot, complete with a goodbye offering from Lensrentals. We sure will miss our Hostess products. 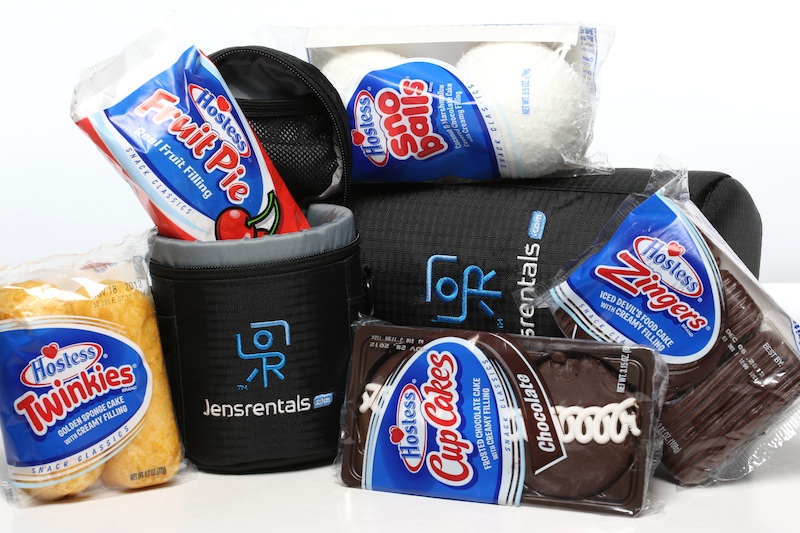 Joey then disappeared with my snack cakes, several banks of lights and a couple of assistants (it’s a slow Friday afternoon, obviously) and presented this shot. 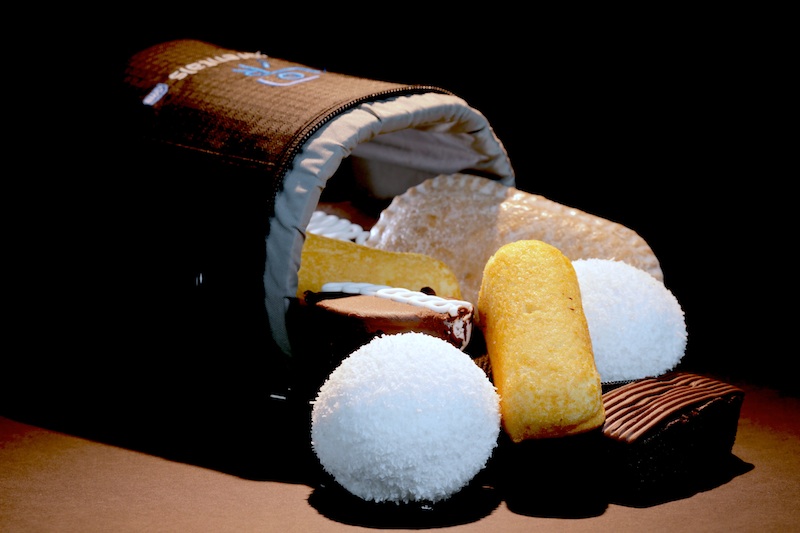 Joey’s dark photo, which took much longer and had several assistants, so it was probably cheating.

One thing you may notice, in addition to the artistic through-the-bottom-of-the-case lighting, and the use of several strobes and several reflectors, is that JOEY TOOK MY SNACK CAKES OUT OF THE WRAPPERS!!! This not only decreased the shelf life of my treats by months, if not years, it probably hurt the resale value considerably. I mean, everybody knows you keep the box to sell it in, right?

And as if that wasn’t hurtful enough, Joey told me he had another shot for me to consider. As if I wasn’t overwhelmed with grief already. 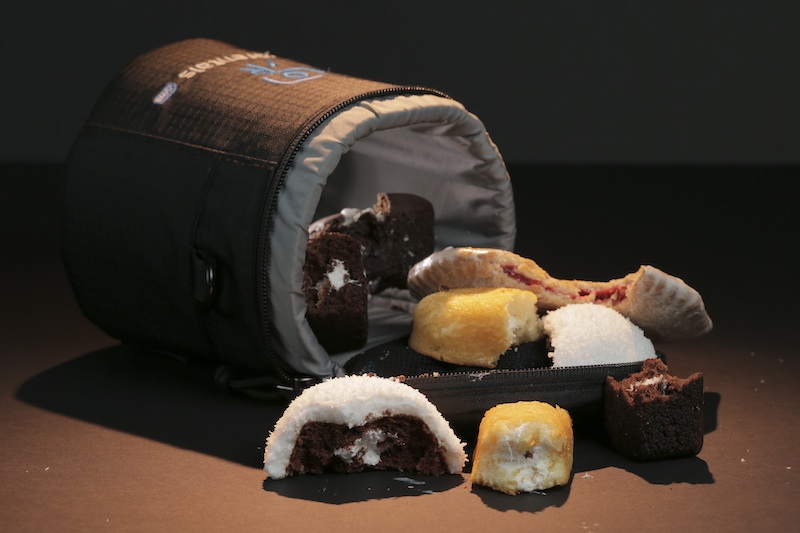 Joey’s story is that once the snack cakes were unwrapped, it released the delicious Hostess artificial pheromone-laden smells that made it impossible for them to resist eating my snacks. My. Snacks.

But I’m a man of my word, so I want everyone to vote impartially in the comments section for which photo you prefer.

You can vote for either Scott’s Squared cheerful little product shot, which I think is a lovely homage to an old friend now departed. It brings back happy thoughts of a simpler time, doesn’t it?

Or, if you prefer, you can vote for the dark, evil shot taken by Joey and other untrustworthy, weak-willed persons of no self-control, with its bleak landscape of ravaged food. It brings up thoughts of a stark and cheerless future where no one is happy, doesn’t it? That’s possibly because I will now make it my life’s work to be certain no one involved in taking this photo is ever happy again. Ever.

And feel free, those of you who would like, to say a few words about the departed Hostess products. They will be missed. Even you Vegans had you a Twinkie way back in the day, now, didn’t you?

Oh, for you Fanboys: This is a Hostess post. This is not the time for trolling, telling us how your brand of snack cakes is better.

I’ll tally up the votes later. Right now I’m off to see if there are any Hostess products left on the shelf of the neighborhood grocery store.