Obviously I’m a gearhead, so I like to know the traits of the lenses I shoot with. I want to know what aperture gives maximal corner sharpness, for example, whether the plane of focus is curved or flat, where the distortion changes in a zoom, which end of the zoom range or focusing distance is the lens sharper at, and a number of other things you may not care a bit about.

Does it improve my composition and technique? No. But knowing this stuff can be helpful. For example, when I want to shoot a landscape at 70mm and f/5.6 will my corners be sharper with my 24-70 f/2.8 or a 70-200 f/2.8? Or which will have less distortion for an architectural shot (since I hate the resolution loss of correcting distortion in post), my 35mm f/1.4 or my 24-70 zoom at 35mm? (Surprisingly, the answer is my zoom.)

This kind of information is easy to find. DxoMark has nice graphs for each lens that show distortion, vignetting, chromatic aberration, and resolution at various focal lengths and apertures for each lens they test. SLRgear.com has a nice pop-up app that shows the resolution across the field of the lens at various apertures and focal lengths.  The Digital Picture has great pop-ups that let you compare two lenses side-by-side for flare, distortion, vignetting and even images of ISO 12233 crops.

A lot of people use those tools when deciding which lens to buy. I use them after I have the lens so I know how to best use it.

One thing that I’ve started using more frequently in post processing is a resolution map of the lens. We all know that every lens has highest resolution in the center and less in the corners. But the pattern of sharpness is different for different lenses.

Just as an example, below are 6 Imatest charts showing MTF50 of 6 different lenses across the field of view. The absolute resolution numbers aren’t important for this demonstration, rather it’s the pattern of how the resolution changes. For each lens, yellow is the highest MTF50, blue is about 1/3 the value of yellow. 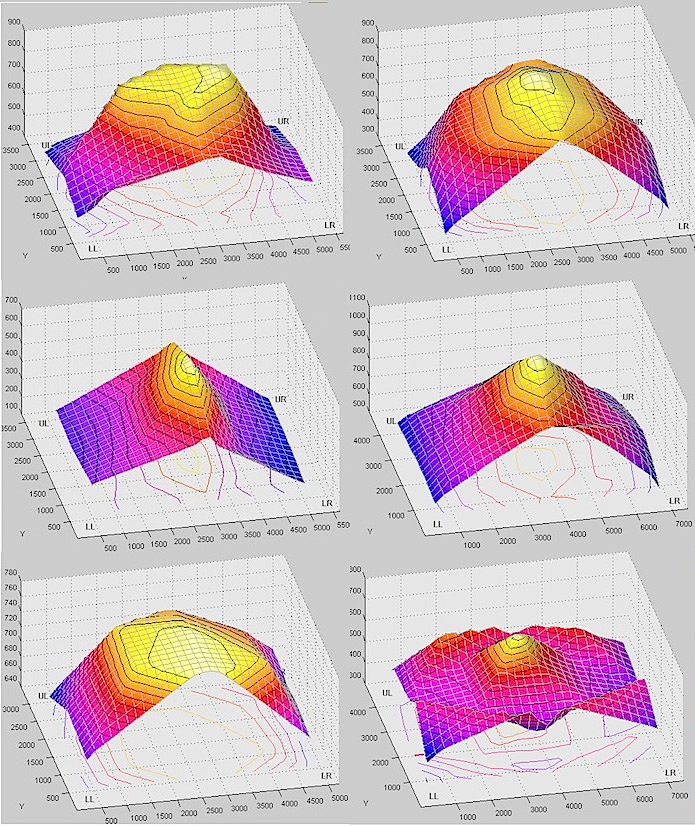 Why Does it Matter?

There are a lot of reasons, of course. But one I use a lot is creating sharpening maks for postprocessing. Like a lot of people, I use a masked layer for sharpening, applying less sharpening to the already sharp center of the image, and more sharpening to the softer areas. Instead of just a generic oval, I try to make a mask that mirrors the resolution map of the lens I’m shooting with.

I keep masks as actions for my most commonly used lenses, which speeds up postprocessing considerably. For example, I’d use something like the first mask, below, for images shot with the lens on the upper left above, and the second mask for middle right lens above. 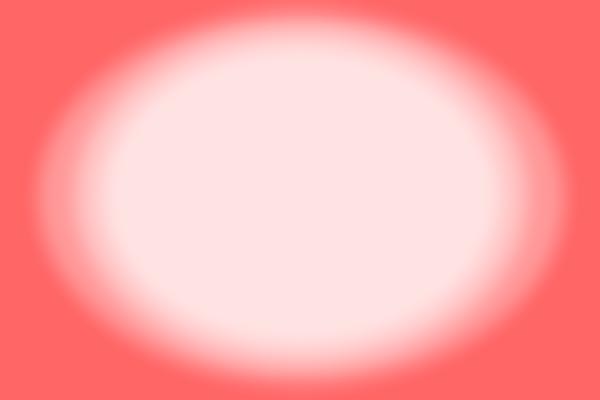 Sharpening mask for the upper left lens from Figure 1. 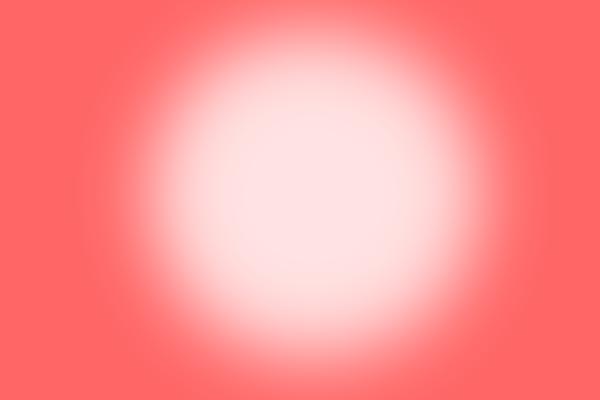 Sharpening mask for the middle right lens from Figure 1.

As an example I’ll use two 100% crops from the left edge of this snapshot. 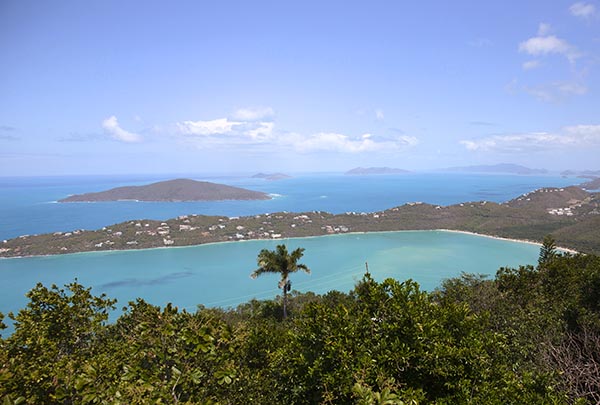 The crop on the left shows what that edge looks like when I sharpened the entire image to give best center sharpness. The crop on the right was when I used a mask to use stronger sharpening, but only at 50% strength in the center of the image. With either technique the center looked the same, but the edges were quite different.

Of course you can simply use an oval mask and adjust it for each image with a bit of trial and error. But I had 500 vacation photos to go through. Since 75% of them were taken with one lens at the same aperture, saving an action with the appropriate sharpening made that quick and easy.

You don’t need Imatest to figure out the sharpness pattern for the lenses you have. A simple photograph of a flat wall or fence with reasonable detail (bricks or unpainted wood are nice) will let you see where each lens starts to soften and by how much. Once you’ve made a good mask for that lens you have it forever. For most lenses, the same mask can be used at different apertures – you simply reduce the strength of the layer if you’ve shot stopped down. For other lenses, though, like my Zeiss 50mm f/1.4, you will need to make masks for different apertures.

Uwe Steinmueller at OutbackPhoto.net and I have been doing a series of articles trying to show how a little gear head knowledge and a little post-processing knowledge compliment each other and help make better images, and this is a great opportunity for that. Uwe’s article and action for corner sharpening, provide a nice photographic demonstration of how sharpening with a mask improves your end result, and a nice script with an adjustable mask.