If there hasn’t been a Color Run 5k or 10k race near you, there probably will be soon. And with all that color, you certainly want to take some pictures, right? Not with your camera you don’t (and not with ours either).

I’m never one to worry much about lens dust. I’ve written about why you shouldn’t worry about some dust in your lens. But the color bombs they throw out at Color Runs are different. In the last month we’ve had over 20 lenses and several cameras nearly ruined by these things. For what it’s worth, all of the renters tell us they really weren’t near any of the major ‘color bombs.’

Here’s a few pictures from a brand new lens that returned after its first rental — at a Color Run. These pictures are, of course, after the lens was cleaned externally. All of that dust is inside the front and rear elements. 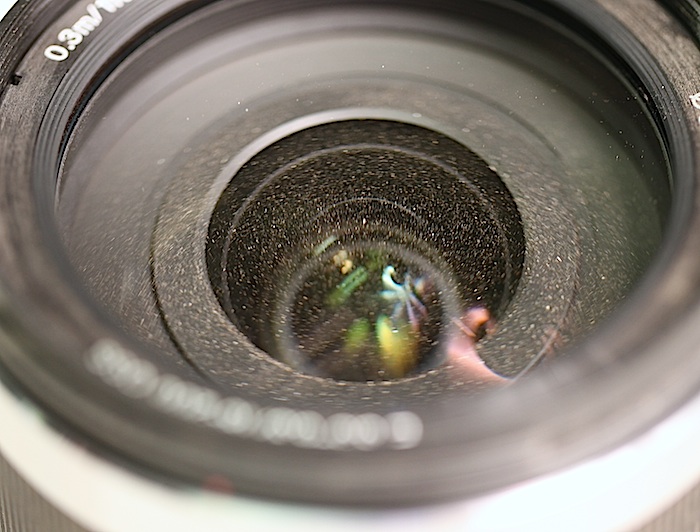 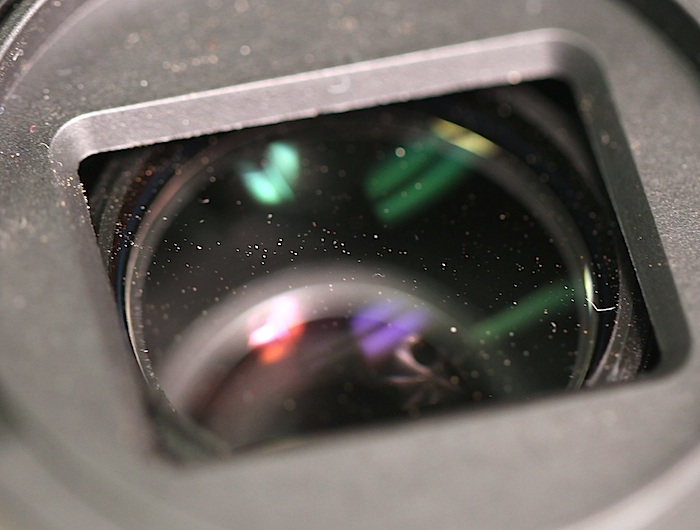 Now a few dust specs rarely cause problems, but this kind of dust affects light transmission and contrast, as well as causing fascinating flare (in pretty colors). The color dust is very fine, tiny specs, made to stick on people as the run by (I’m still trying to figure out why someone thought this was a good idea).  Because of this, the lenses’ weather sealing, front filters, etc. don’t even slow this stuff down. It’s throughout the entire lens stuck on every element, on the gears and helicoids, and in the mirror box of the camera too. And yes, that includes pro-level lenses on pro-level cameras, all of which are supposedly weather sealed. As an added bonus, it doesn’t blow out like regular dust. It must be wiped off.

Here’s a look at the inner rim after the front element was removed. 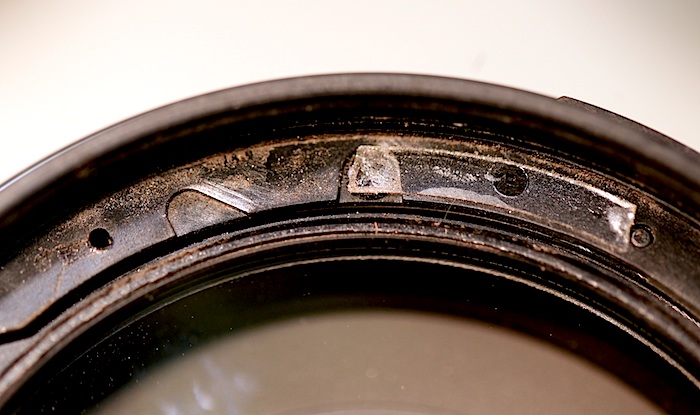 Here’s the front of group 2, nice and deep inside the lens (excuse the lights, this is a quick post just using worklights). 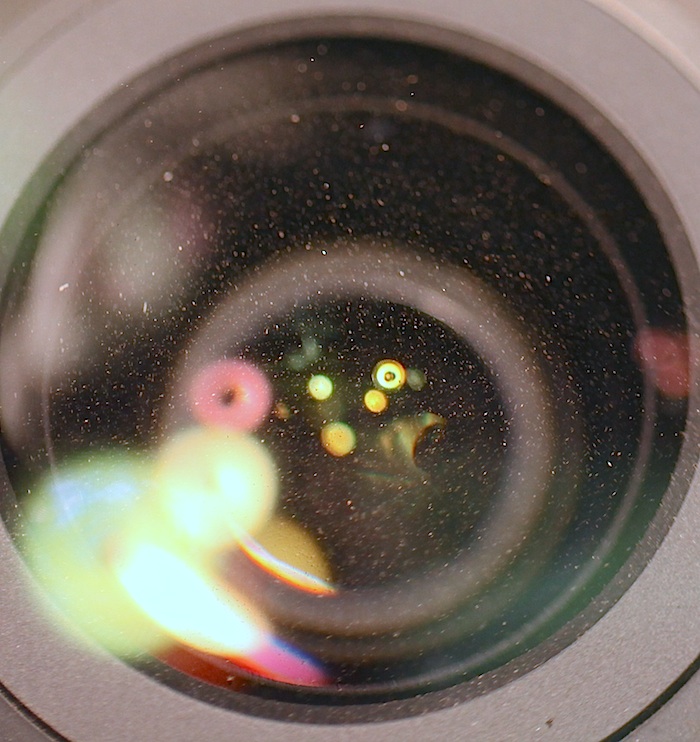 And here’s one of a dozen Q tips I used to clean out around the focusing gears and helicoids. Remember, this was a brand new lens only used for this one shoot. 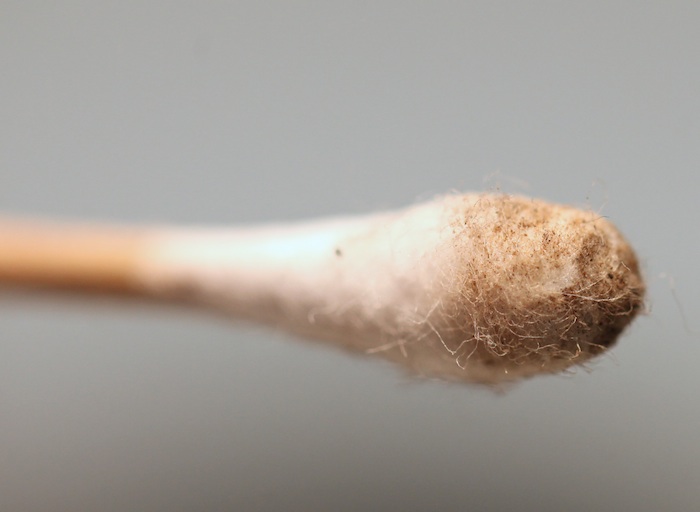 The end result for this lens was complete disassembly and cleaning. This was a fairly lucky one – it’s a lens that we can disassemble and clean without requiring factory readjustment. For a lot of lenses that’s not an option.

A number of lenses, including Canon L’s and Nikon Pro lenses had to go to the factory, and at least one has been given the “financially not feasable to repair” sticker. Your guess is as good as mine as to whether they cover it under warranty or not.

You know what I’d probably find more interesting than the photos of what the insides of lenses look like after this? What the inside of the runner’s lungs look like. All my medical training leaves me curious about that kind of thing.

Addendum – here’s a bonus picture. A Sigma 8-16mm with the barrels removed so you can see how pervasive the Fun Run dust was throughout the entire lens. The dust around the mount side of the lens is so thick that it’s blocking the AF motor from working properly and it’s so caked into the lubricant that the helicoids don’t zoom normally. This will have to be completely disassembled and cleaned piece by piece. 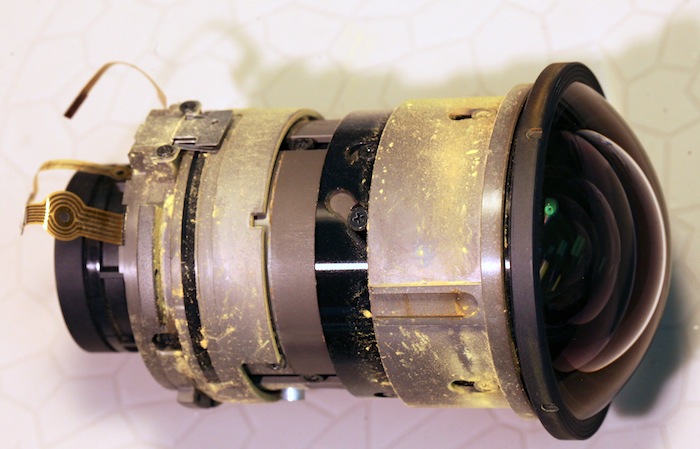 BTW – Because I’ve already been asked: this won’t be covered by the rental damage waiver going forward – it’s considered negligent use of equipment just like when salt spray soaks the camera on the beach.