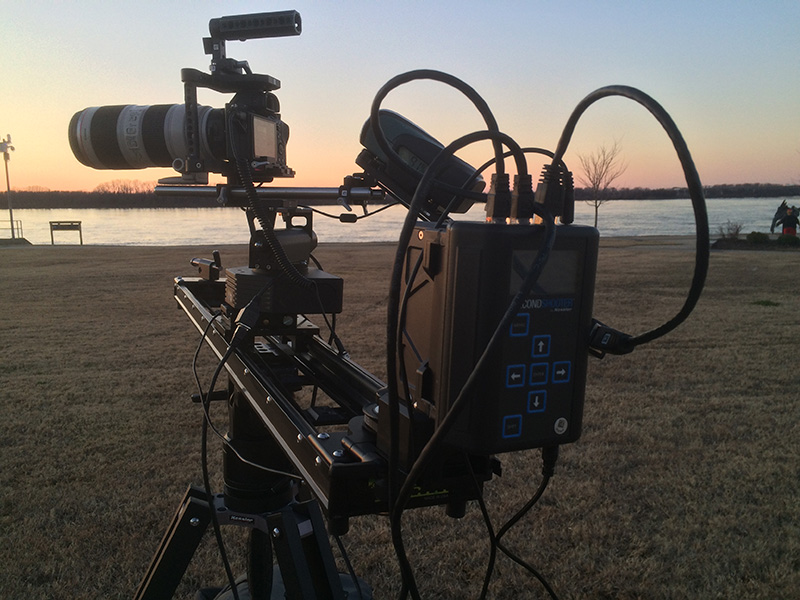 Full disclosure: I watch a lot of cooking shows. Top Chef, Mind of a Chef, and No Reservations are some of my go-to’s, but my absolute favorite (and by far the dorkiest) is Good Eats. A sort of founding commandment or mantra of that show kept popping into my head over my last couple weekends when working with the Kessler Second Shooter. The host, Alton Brown, always reminds the viewer to stay away from “uni-taskers” in the kitchen, that is, tools with only one purpose. There’s no sense in using an avocado slicer when a chef’s knife will do the same thing and more (Redrock’s One Man Crew would be the avocado slicer in this analogy, by the way). It’s an easier rule to follow at home than on set, where sometimes the only way to get the shot you have in mind is to use a product designed specifically for one purpose. Still, though, if possible, I’d always rather have something on hand that can accomplish multiple tasks. I think this versatility is what impressed me most about the Kessler Second Shooter. This single tool was equally useful for time-lapse, stop motion, repeatable live motion control, and as a remote second camera for interviews, all while being pretty self-contained and portable. There are some minor flaws and caveats, sure, but overall the Second Shooter is by far the best product we carry for any of the above types of programmed camera movement. 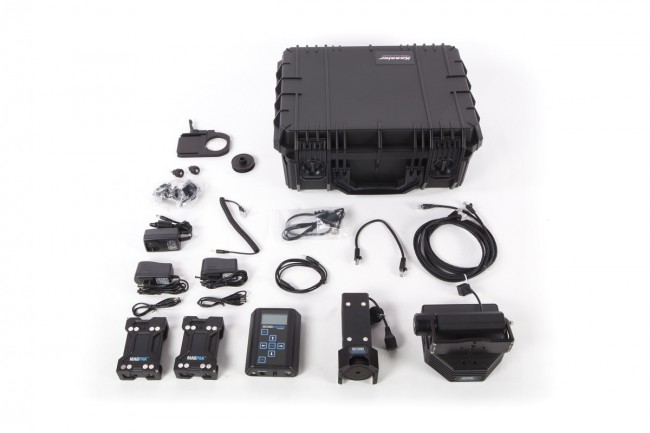 To start off, let’s discuss what the Kessler Second Shooter actually is. Although the name might be confusing, the device isn’t meant to be used as a second camera, at least not exclusively. It’s essentially a programmable motor and head that attach to a Kessler slider, giving you precise control over pan, tilt, and slide moves.

Kessler’s Introduction Video does a great job of quickly showing everything that the Second Shooter is capable of, but I’ll try to summarize it here for reference. Essentially, once you attach the battery and motors to a compatible slider, you have programmable control over the pan, tilt, and slide axes. Slow, the precise motor control allows you to add camera moves to your time-lapse or stop motion projects while quicker motion would be helpful for video. Moves are repeatable, editable, and controlled by keyframes, which should be familiar to those of you who have worked with about any NLE, audio, or effects program. The battery, motor, and the control module all snap together with magnets, which is both convenient and awesome. Even if I worked on this thing every day I think I’d still get a little rush of happiness every time each piece locked itself into position with a satisfying click. An on-board controller allows you to control settings and program or edit moves. 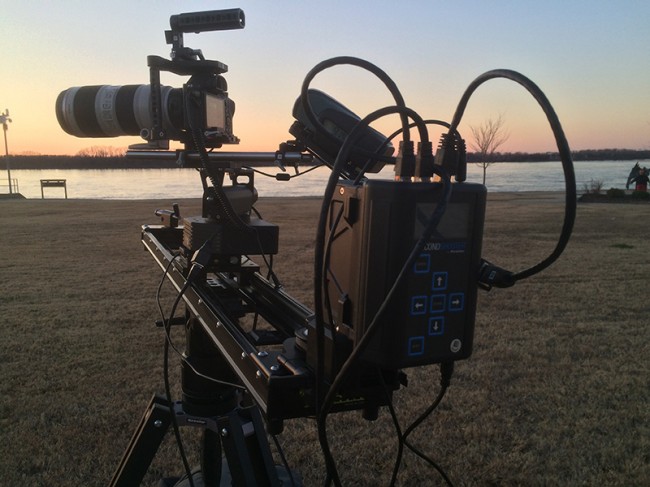 As you can see in my sample cart, there isn’t much to it beyond the Second Shooter, slider, camera, and tripod. The kit ships in a custom hard case and includes everything you’ll need to attach it to a slider and control compatible Sony, Nikon, or Canon cameras. The kit includes two batteries, a charger, and an AC adapter as well. Full assembly will probably take you around thirty minutes. The Second Shooter will only work with Kessler sliders which, at least as far as our inventory goes, will limit you to either the Cineslider or the Pocket Dolly. I wouldn’t consider that a limitation in this case, though, because those are two of our best sliders anyway. Plus Kessler would likely have had to make some design compromises to make it compatible with third-party sliders, and I’ll gladly take ease of use over flexibility as long as I don’t have to settle for inferior equipment.

Tripod-wise, I decided to go with the Kessler K-Pod because I’ve used it a lot in the past and I knew it would be able to handle the weight of the setup with ease. I also liked being able to tilt the whole slider without having to adjust multiple support points. That being said, though, it’s pretty much impossible to get any lower than about 5-and-a-half feet off the ground with that tripod. You just can’t spread the legs out enough to get very low. Luckily both the Cineslider and Pocket Dolly have multiple 3/8 and 1/4 20 threads for attaching tripods or light stands. Anything stable enough for video work should work well. 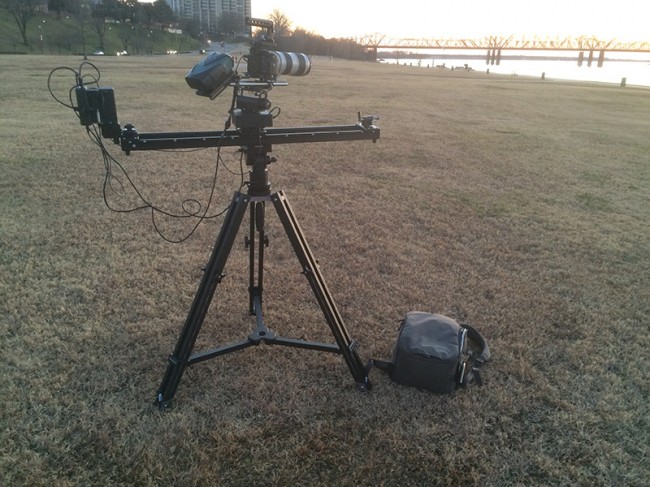 I was really relieved to find that, in my two weekends of shooting with this equipment, I never came close to killing a battery. The two batteries included with the Second Shooter should be more than enough to get you through a full working day if you’re shooting time-lapse. My shoot in the park above, for instance, took about 7 hours and I only ended up going through about 50% of one battery. Using continuous motor movement for video would be a lot more taxing on the batteries, though, so if that’s going to be part of your shoot I’d recommend either renting spares or planning for access to wall power. The Anton Bauer gold mount adapter for the Sony A7SII I was using was similarly helpful. My 7-hour park shoot only took about 20% off the battery. Again, though, shooting video would be a different story, especially with the LCD on, so plan accordingly.

Here’s the part of this review of time-lapse equipment where I admit that I’m not really a time-lapse photographer, which won’t surprise you if you watch my sample video below. In fact, outside of a few isolated experiments, this is the first time I’ve ever done work like this at all. It took me two weekends to get five useable shots, and of those five I’d say two are good. I think my inexperience is a strength in this case, though, because I can say with confidence that if I can get useable results with this equipment then someone with actual knowledge and experience in the medium could really create something amazing.

The keyframe-based programming makes the whole system easy to use without sacrificing functionality. The controller itself is underwhelming at first, but after some time with it, I can’t find anything to complain about. It could be flashier, but an LED screen and touch controls would cut down on both usability and battery life. Instead, the large tactile buttons make it a joy to use even with gloves on in the dark, and the screen displays all relevant information without draining a ton of power. Moves can also be programmed on a laptop or tablet using Kessler’s kOS software. I tried this a couple times in the field and found it to be a little more trouble than it was worth. The handheld controller works really well, so adding a tablet to the mix just felt superfluous. I could, however, see it coming in handy in a studio or live production environment where being able to control moves quickly a precisely would be worth the extra hassle.

My edited sample footage is below, for what it’s worth. Feel free to take a look and let me know what you think. If you have any questions about the Kessler Second Shooter just leave them in the comments or give us a call. I or any of the other Video Techs will be happy to help you put an order together.