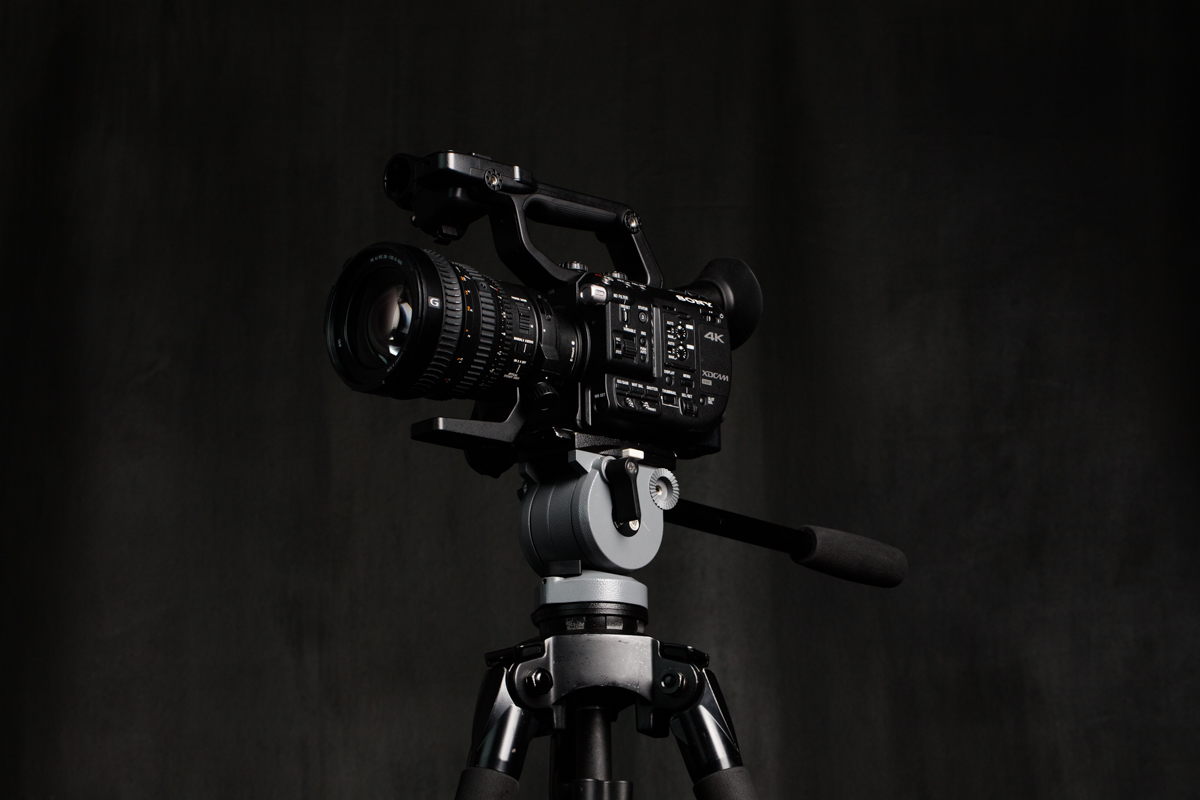 Regardless of whether or not it’s a live occasion, event videography can be tricky at times and pulling off a successful shoot can be a daunting task. Preparing is rarely as straightforward as picking out a few camcorders and tripods. Outfitting a camera rig is obviously an important part of the equation, but it’s important to factor in all additional tools such as switchers, projectors, microphones, and any necessary wireless devices in advance so that you can organize an event from the big picture perspective. Failing to plan out the less glaring details for a shoot can cause a seemingly easy job to quickly escalate into a job that is more trouble than it is worth (certainly more trouble than what was in the budget).

Before accepting a job at LensRentals.com, I had a few stints working in production in local newsrooms. One job that I particularly enjoyed was working as a camera operator for a Memphis-based morning talk show. Every weekday morning, we showcased live bands, cooking segments, interviews with artists, authors or politicians, and even the occasional pet adoption segment. It was like working a new event setup on a daily basis. The show was a blast, and the crew was so phenomenal we rarely even realized what an amazing feat we accomplished each and every day. Unlike studio-based morning shows, our entire program took place in a vacant mall. The station didn’t have adequate space for the set, so they turned a local eyesore into a satellite location. Every morning, the crew would arrive and immediately start the load-in. We spent over an hour dragging out the various sets from empty storefronts, running cables, performing sound checks, etc. 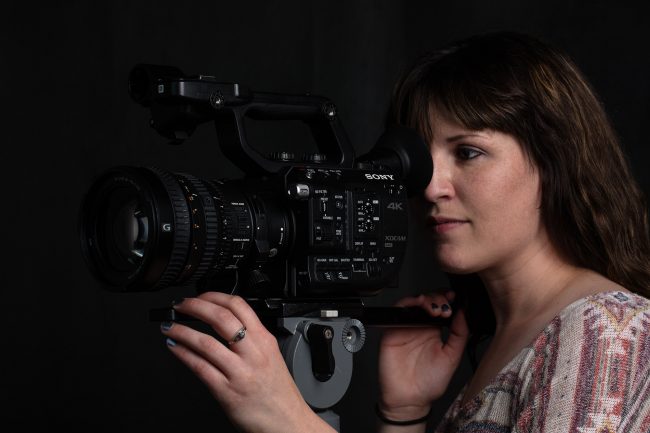 Fortunately for us, our show had been well planned. Since it was a satellite location for a local television show, teams of engineers worked together to anticipate and solve problems that could arise during one of our broadcasts and provided simple solutions. Now that I work as a video technician at Lens Rentals, I realize that engineers are a luxury afforded by few. People don’t have the opportunity to work in a complex, multi-camera setup where most of the problems have already been identified, coupled with limited budgets and unforgiving time restrictions; many people are left with the stress of trying to solve problems as they are encountered.

If you are thinking about working in the field of event videography but don’t know where to begin, or you’ve worked on multi-camera shoots that were disasters, and you’re hoping to avoid future repeats; this article should offer some insight on important pre-production questions that can help develop a more successful strategy for these complicated shoots. So without further adieu, here are my six questions to answer during each event videography project.

1. How many angles do you need and what is the best way to get them?

While two camera angles will technically give you a cutaway option, three camera setups tend to be a standard for most multi-camera shoots. Even though three cameras may seem like there’s plenty to work with, an event’s layout could present challenges. It’s important to ask questions regarding, not only the physical structure of an event but also the program plan, so that you can plan coverage properly. Some events may have single speakers on stage at one point but may have several speakers later, or may even take questions from the crowd. Additionally, most event planners typically prefer cameras to be placed in areas of a venue that protect the crowd’s view from obstruction. It’s important to assign a camera angle to each operator and map out your camera locations accordingly.
Pro Tip: Integrate a few inexpensive camera options like GoPros or handheld stabilizers to break up dull and repetitious shots. GoPros can be mounted in almost anyplace your imagination can muster up, and handheld stabilizers add movement to otherwise static shots, adding intrigue without breaking the bank.

2. How much focal length do you need and can you afford it?

One of the most common oversights in a multi-camera, event setup is budgeting for the right focal length. Most ENG style camcorders max out they’re zoom around 400-600mm (35mm equivalent) so that 25X optical zoom may sound perfect but it probably isn’t going achieve the medium closeup you want of a speaker, from over 100′ away. When it comes to shooting in large event halls, size does matter and compromise is common.
Pro Tip: Take advantage of a crop sensor and full-frame super telephoto lens to maximize focal length – just remember to stage your rig in a low traffic area to improve image stabilization. 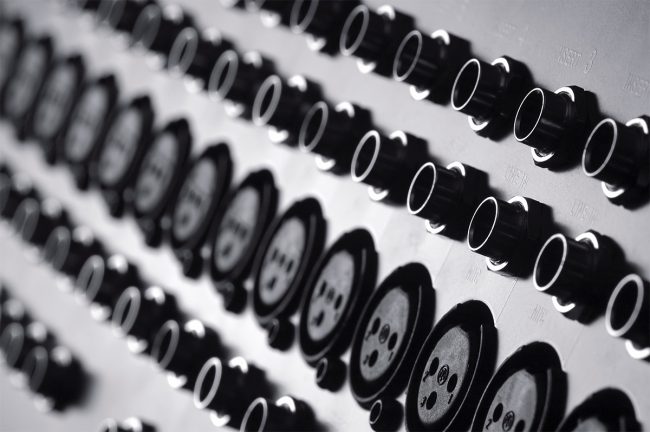 3. Will there be a professionally operated soundboard at the event and does it feature XLR outputs?

Shotgun or wireless lav mics are perfect for some shoots but often, having access to a soundboard can be a major help for event videography. When it is being controlled by a skilled operator, the options of running a feed directly into a camera can save time and headaches in post production.
Pro tip: If an event offers a master feed from a soundboard, run an XLR cable from the board to input 1 of your camera and use an internal mic or shotgun for input 2. This will create a natural balance of the subject and ambient sounds. 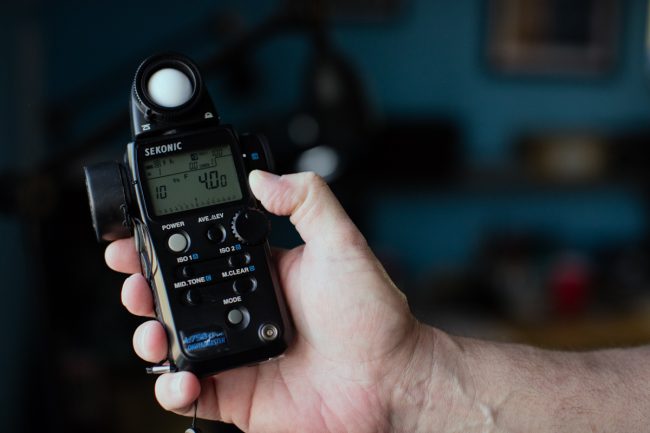 In a perfect world, every event would have a million dollar budget and feature, beautiful lighting designs. However, we don’t live in a perfect world in sometimes our options are limited. Always familiarize yourself with available lighting options before an event. Combining fast lenses with cameras that are optimized for low-light performance is an option but will limit options and may force you to make compromises in other areas, like focal length.
Pro Tip: Ditch the single medium shot from the back of the room in elongated spaces. By splitting the medium shot into two side positioned angles, you can afford to move closer to the stage, taking advantage of the provided lighting while discreetly maintaining coverage.

5. How are you going to power the gear?

Switching batteries all night can be expensive and exhausting. AC Adapters are great solutions for long events but may not always be practical. Familiarize yourself with outlet locations and the electrical capacity of the building itself. If you aren’t able to walk the venue floor in advance, request information from the venue’s office.
Pro Tip: Arrive over prepared. Make sure you have extra extension cords and batteries on hand at all times, so you don’t risk losing an entire camera due to a shortage in powering options. 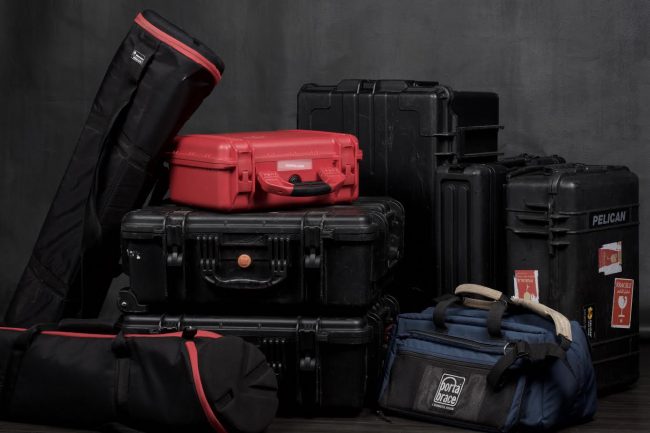 6. Is your configuration practical?

Just because you read something on a forum, doesn’t mean it works, even if something will technically work that doesn’t mean it’s a good idea, and “well it I thought it worked this way last time,” doesn’t make it the best configuration for future events. With every piece of gear added to an event’s overall setup, the risk of something going wrong improves. It’s important to be honest with yourself and recognize the limitations of your gear. Sure, you could use a coupler to run two 150’ SDI cables from a camera to a switcher in another room but do you want to risk compromising the success of a shoot on something as cheap as a coupler? Probably not. While some creative solutions may not be avoidable, inexpensive solutions should be treated as such and probably warrant a “Plan B.”
Pro Tip: Negotiate a prep day with your client. While it may not be a popular option for the person managing the budget, it’s important to stress the reality of the pitfalls that could be encountered during an event. While there may still be obstacles during an event, a prep day will better prepare you to handle them on the fly.