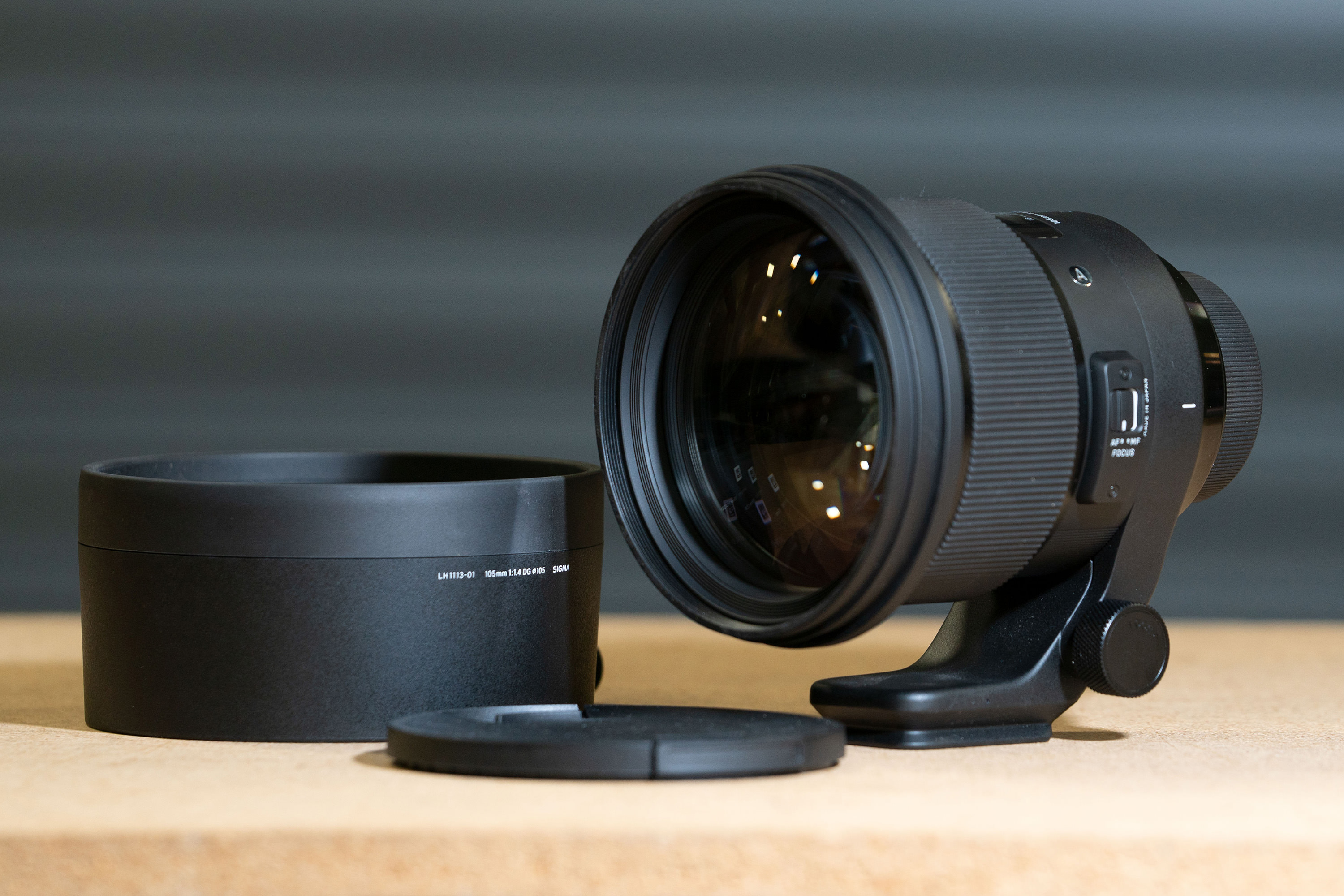 A couple of years ago I was super excited about the Nikon 105mm f/1.4E. I was so excited I wrote an ode to it. So when Sigma announced their own version with the Sigma 105mm f/1.4 Art Series, I immediately got excited. I’ve been a massive fan of the Art series primes since they first debuted, and now they were making this one? Ooh boy, lemme at it. 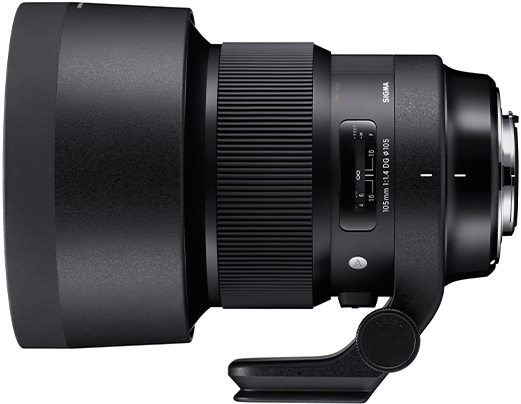 For those unacquainted, Sigma has been making a habit of creating optical forward lenses without compromise. When speaking purely from a prime lens standpoint (though some of their Art Series zooms are incredible too (Sigma 14-24mm f/2.8 Art Series and Sigma 24-105mm Art Series individually)), Sigma has done an incredible job creating some lenses that have reached the top of their respected class, while managing to keep the price point below their competitors.

First things first, the lens is massive in size and dwarfs the Nikon version, which isn’t a small lens by comparison. It’s the biggest Sigma Art prime to date, besides the bigger 500mm f/4. And that filter size? 105mm. Perhaps just a good luck number for this lens, but I can’t help but think it’s a coincidence.

But the size difference doesn’t stop at just the size; the Sigma 105mm f/1.4 Art Series is also heavy compared to the competition. At 3.62lbs, the Sigma will give your arms a workout. And continuing the comparison to the Nikon 105mm f/1.4E ED, which is 2.17lbs (and a filter size of 82mm), the weight difference is very noticeable. In regards to build quality, the added weight only helps contribute to the premium feel of this lens. With its high-quality Art Series design, the Sigma 105mm f/1.4 Art Series looks nice and feels like it would comfortably hold up in a professional setting. 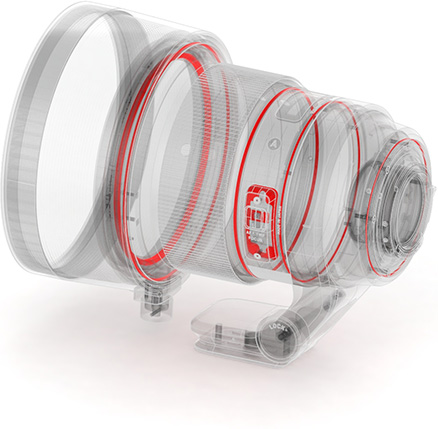 Complete weather sealing is generally something we don’t like to talk about on this blog because we’ve discovered time and time again, that it really doesn’t exist. Rubber gaskets help, and indeed some lenses are better than others, but we’ve yet to see a lens that can hold up in the most extreme conditions. That said, Sigma has added a rubber gasket onto the lens mount, deeming it splash and dust resistant, but I wouldn’t advise taking this lens out to sand dunes on a windy day.

As previously stated, this lens is massive in size, and Sigma was fully aware of this becoming an issue for some and implemented a Tripod mount to the lens itself. Using a built-in Arca Swiss dovetail, the tripod ring not only gives you a quick mounting option for the lens but it also generally makes the lens easier to handhold as well. The tripod ring itself works well as a balancing point, allowing me to hold on to the lens better and help steady the large optics. While it may be a feature depending on the size of your hands, for me, it made hand holding the lens a whole lot easier.

However, I do worry about the hood that comes with the Sigma 105mm f/1.4 Art Series. Sigma has done an incredible job with premium optics and design, but I have to fault them a bit when it comes to their hoods. In short, they kind of start to fall apart after some use. Particularly with the Sigma 120-300mm and Sigma 150-600mm Sports Series, we’ve found that the bumpers will come unscrewed over time and begin to fall apart. That said, Sigma may have fixed this issue, as the Sigma 105mm f/1.4 Art Series falls more in line with the Canon Supertele Lenses, with a bumper secured to the lock knob with an E clip, instead of a small screw. Only time will tell.

And the price? $1600, a full $600 cheaper than the Nikon. I’m not sure how Sigma is keeping the price that low with the amount of glass that’s in that thing, but I’m not looking a gift horse in the mouth.

But how does it perform? We don’t have hard numbers yet, because we don’t have enough copies and haven’t been able to keep them inhouse long enough to throw them on the optical bench, but, just like the Nikon, it looks dang sharp. Here are some images I shot with a couple of our other techs at the park the other day. 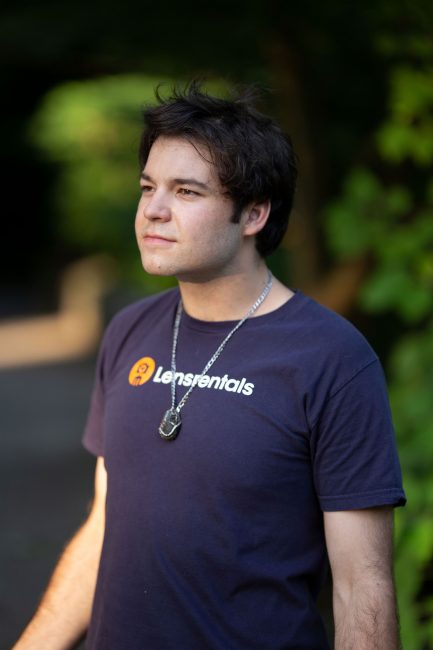 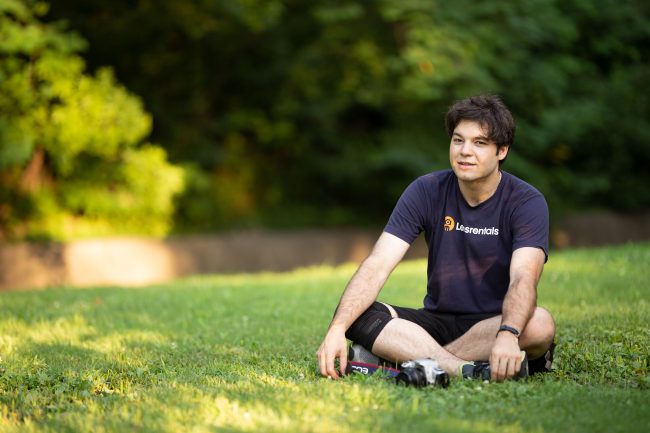 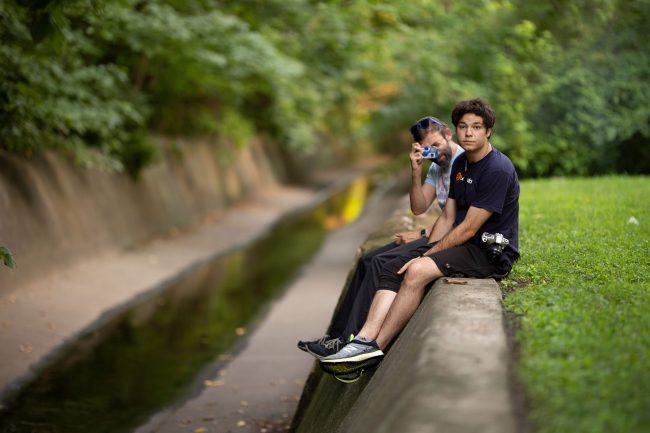 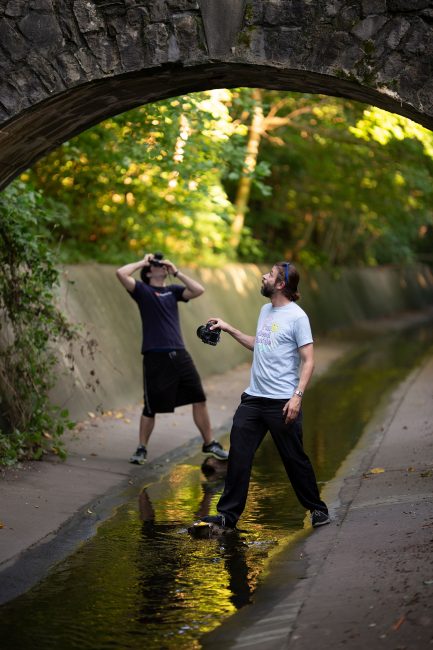 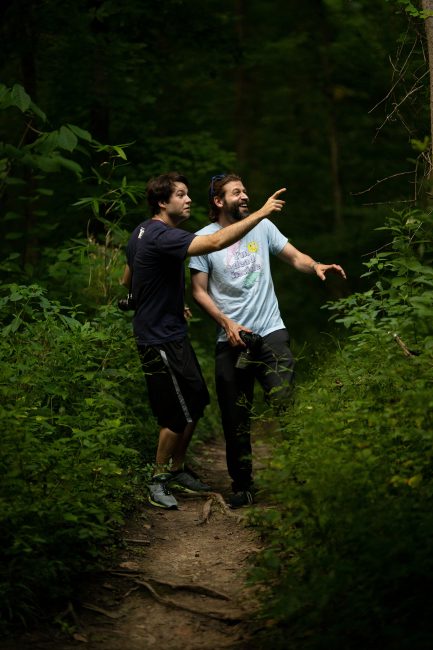 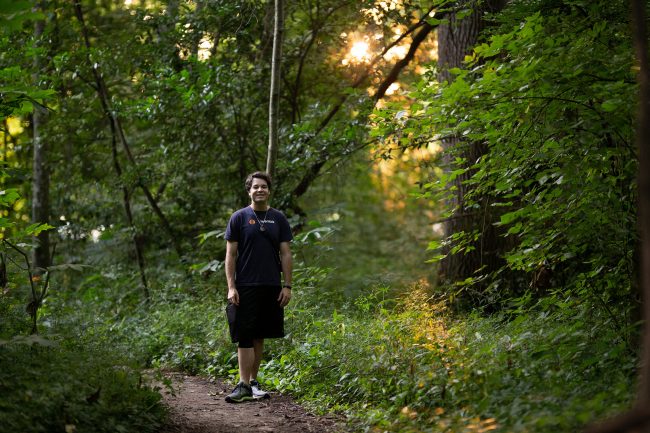 To test the lens, I was able to hang out with fellow Lensrentals.com employees, Lynn and Bryce. while this was just a casual testing and not as elaborate as testing charts, even wide open they look sharp through the Sigma. Just like the Nikon, the depth of field is razor thin, so autofocus micro-adjustment can be critical with this lens. This one works with the Sigma USB dock, which is always a welcome thing with these fast primes.

This lens has been called the ‘Bokeh Master’ by many, and for a good reason. At f/1.4, this lens has a razor-thin depth of field – and I say that almost literally. With a minimum focus distance of 1 meter, wide open and at its shortest focusing distance, this lens has a depth of field of just a single centimeter. Nikon shares the same reality with their own Nikon 105mm f/1.4E ED, but those numbers are astounding, especially when comparing them with the numbers from other bokeh-heavy lenses like the Canon 85mm f/1.2L II (Which is .81cm of in focus at its maxed settings).

Other than the size and weight, I couldn’t tell too much of a difference between the image quality of the Sigma vs. the Nikon, which is to say, they’re both fantastic. Sigma has done a stellar job with their Art series primes, and the new Sigma 105mm f/1.4 Art Series just continues that level of excellence.

Sigma has done it again and created another groundbreaking lens while beating out the competition in price. If you were thinking about buying the Nikon 105mm f/1.4E, skip it and buy this instead. The savings in cost more than makes up for the larger size and weight. If you’re shooting Canon or Sony, then it’s without question that this lens should be sitting on your wishlist. The Sigma 105mm f/1.4 Art Series is available for Canon, Nikon, and Sony mounts.