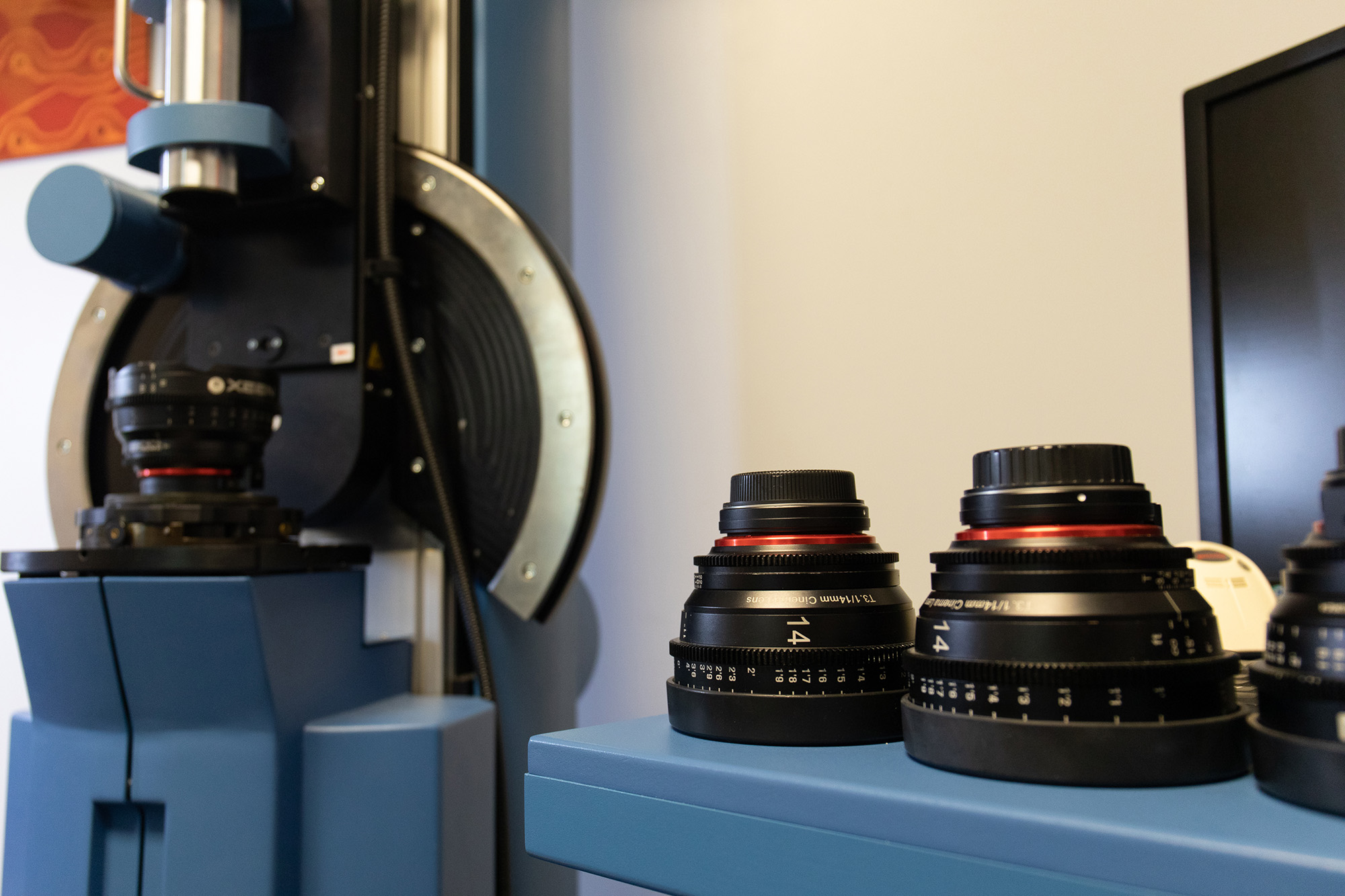 I’m going to add some qualifications to the Rokinon / Samyang MTF post. First, the results are a mixture of both brands (which are identical except for the label). Lensrentals stocks mostly Rokinon labeled because of better (the bar is low here) service in the U.S., so the website calls them Rokinon. Our software calls them Samyang because Samyang Optics actually manufactures all of them. So you’ll see a graph labeled Samyang with links to a lens labeled Rokinon. 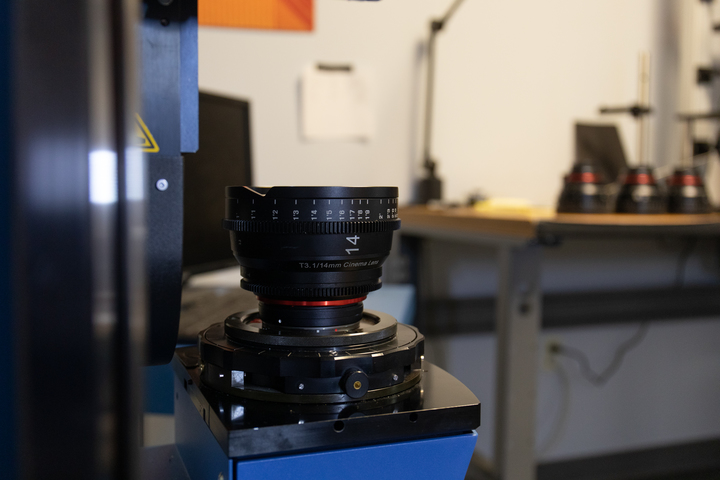 Finally, I’m going to address 32 inevitable comments that are coming, basically stating “I have one of those, and it’s way better than what you say”. Good for you, my friend; I’m not surprised. Remember these are average MTFs of multiple copies done in multiple rotations. Half of you that own the lens should have one that’s better than the graph, half of you worse.

That’s true for any lens, but Rokinon’s have more variation than most lenses, so the difference is more noticeable. I have carefully kept variation graphs out of this series of posts because ‘just MTF’. But in this case, it’s worth mentioning.  In the comparison below the area of the graph shows the range that 96% of copies will fall in. It should be pretty obvious that more variation means a bigger difference between a good copy and a not so good copy. 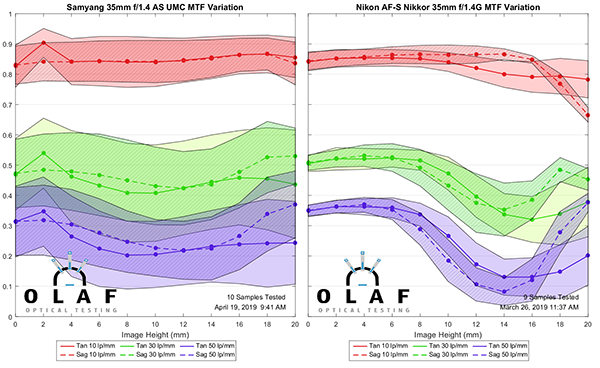 Put into words, the Samyang and Nikon lenses have about the same average MTF. But if I mixed up 10 copies each of the Samyang and Nikon 35mm f1.4 lenses, I can guarantee you that the best copies of the group would be Samyang. Also, the worst copies would be Samyang. So I fully expect some ‘my Samyang is way better than you say’ and ‘my Samyang is way worse than you say. That’s how statistics work.

Because I sometimes get quoted out of context, let me be really clear about what I mean. I’m not trashing Samyang/Rokinon lenses; I like them and I own a couple personally. They offer remarkable value for what they deliver. But there’s no magic; you don’t get the same build quality, quality control, or optical adjustments that you do in a lens costing 5 times as much.

Finally, just in case someone asks, the ‘Cine DS’ line is identical to the photo lens other than geared rings. We’ve tested them and they are optically identical, just to confirm that. The Xeens are mechanically different and therefore it’s possible that performance could be slightly different, so I show them separately.

One thing just to stop questions; we don’t have access to most of the “AF” Rokinon lenses for testing, and don’t expect Lensrentals will carry them in significant quantity. They aren’t good rental items. I did add the 50mm f1.4 AF, which is popular in Sony mount, but even then I don’t have the usual 10 copies. 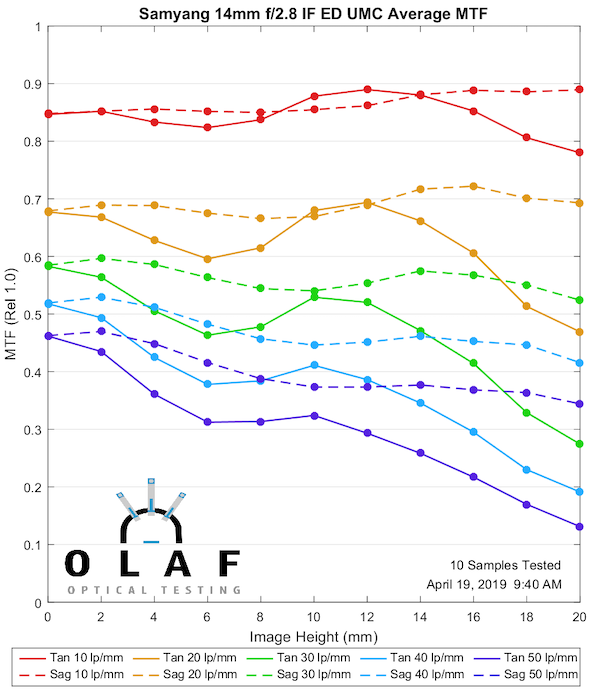 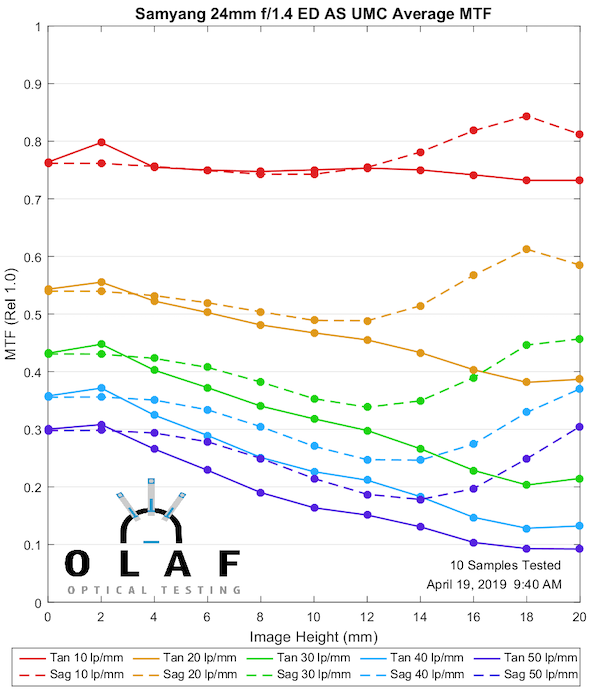 Note: You will notice here, and on the 50mm something we called back in the day ‘the inexpensive hybrid aspheric peak’ at 2mm. These tests were done on early copies and manufacturing of hybrid aspherics has improved since then. 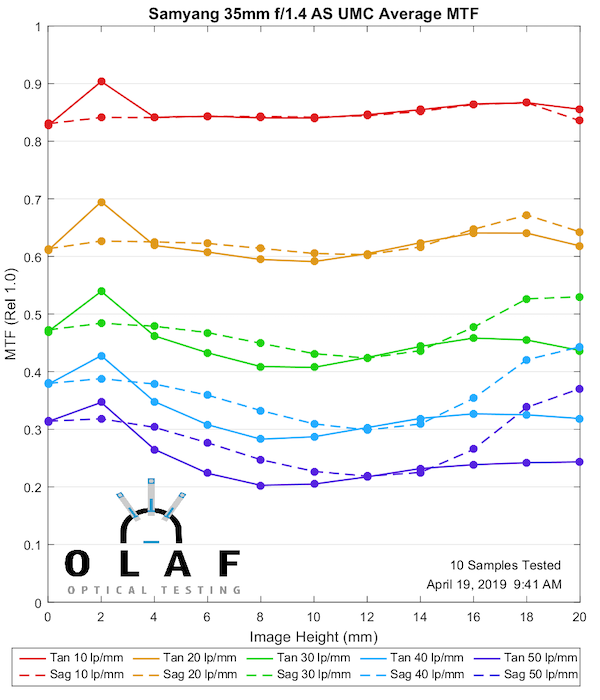 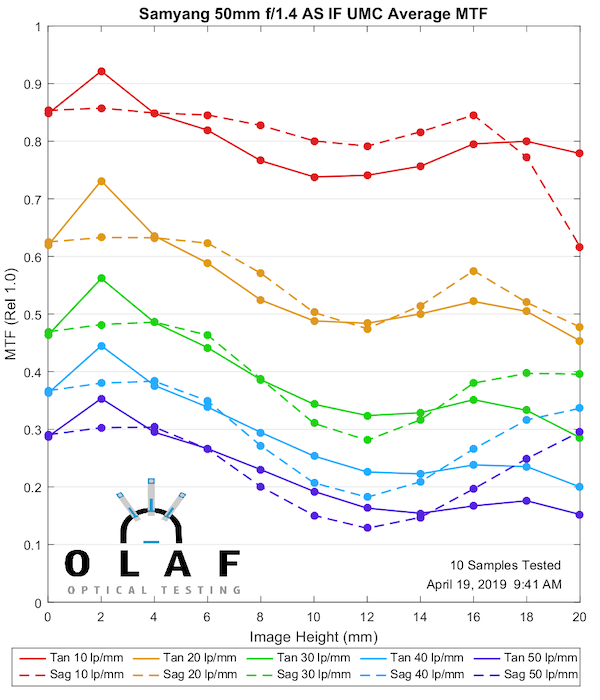 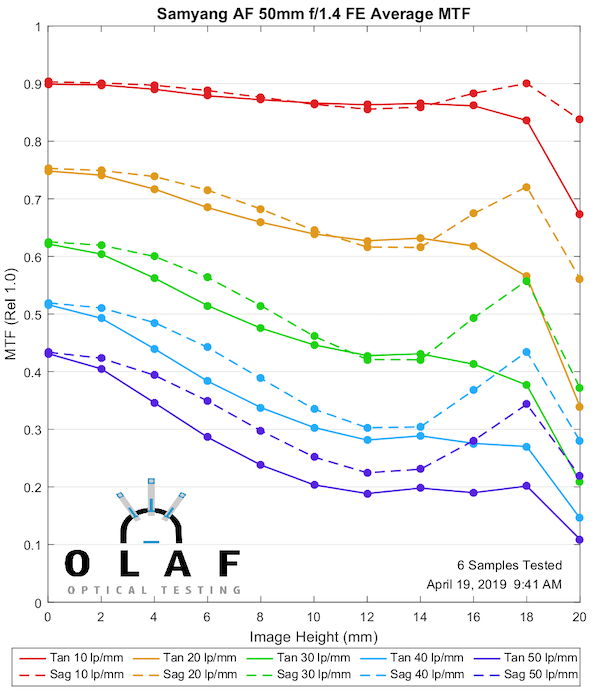 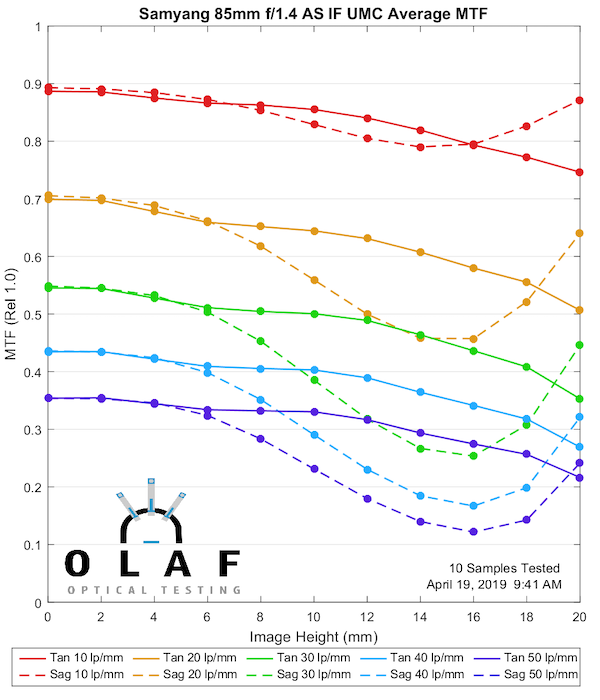 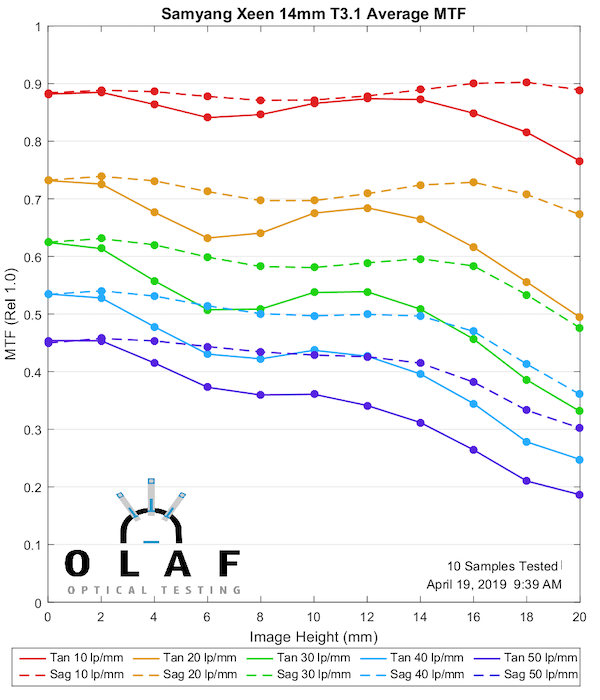 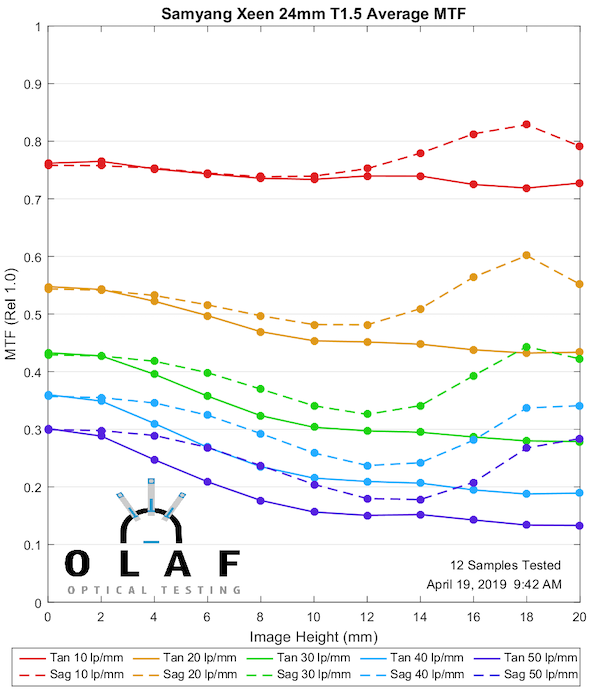 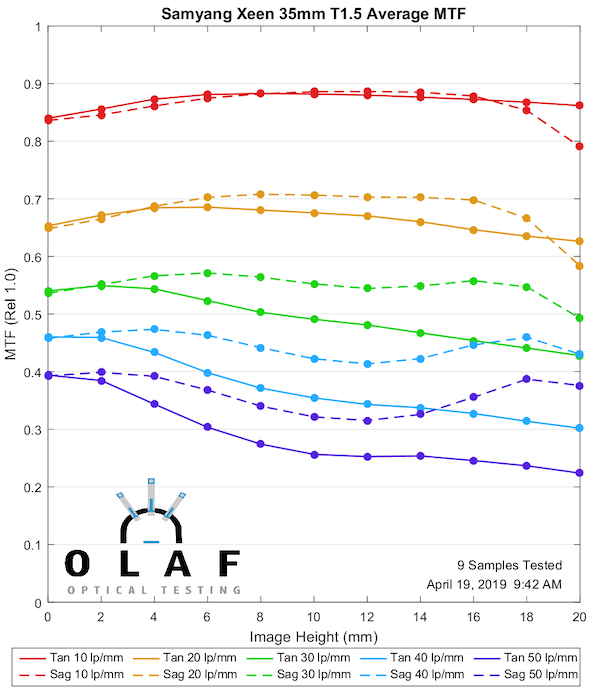 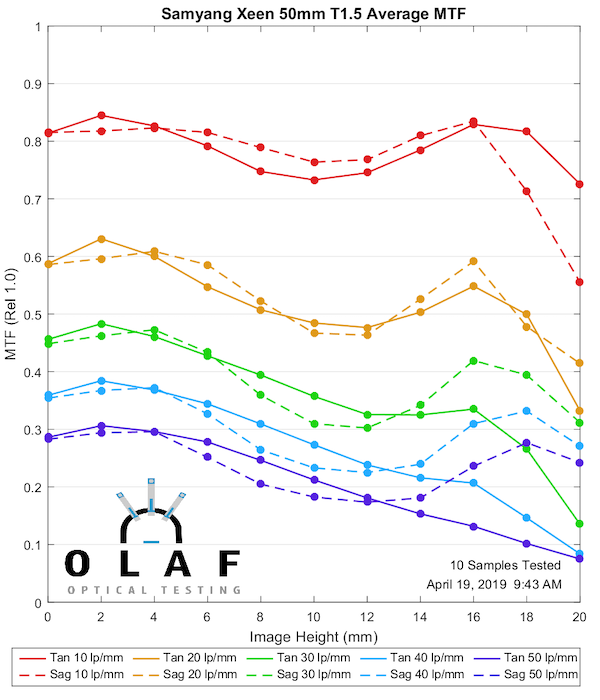 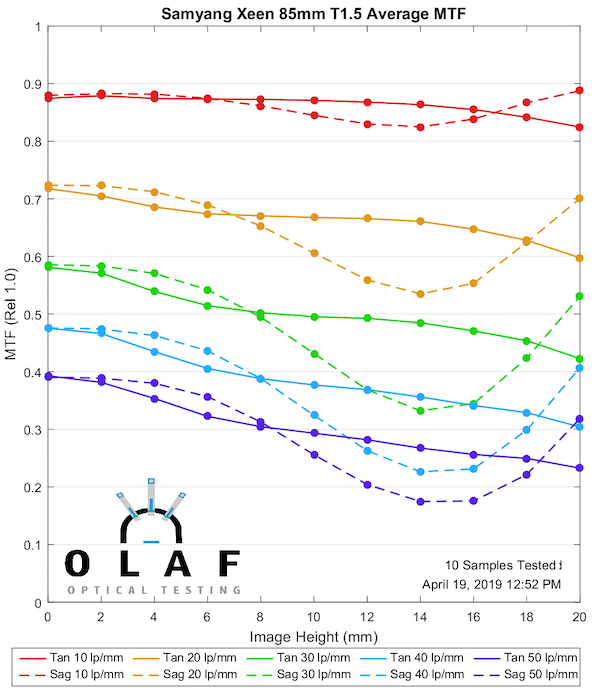 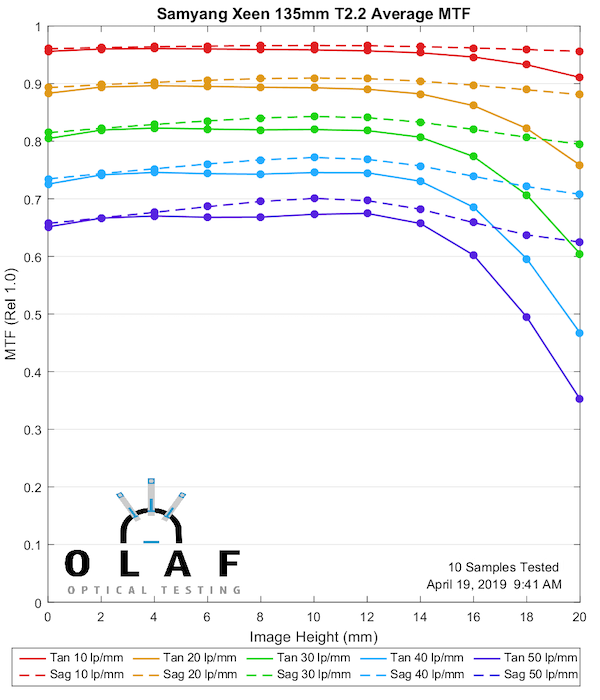