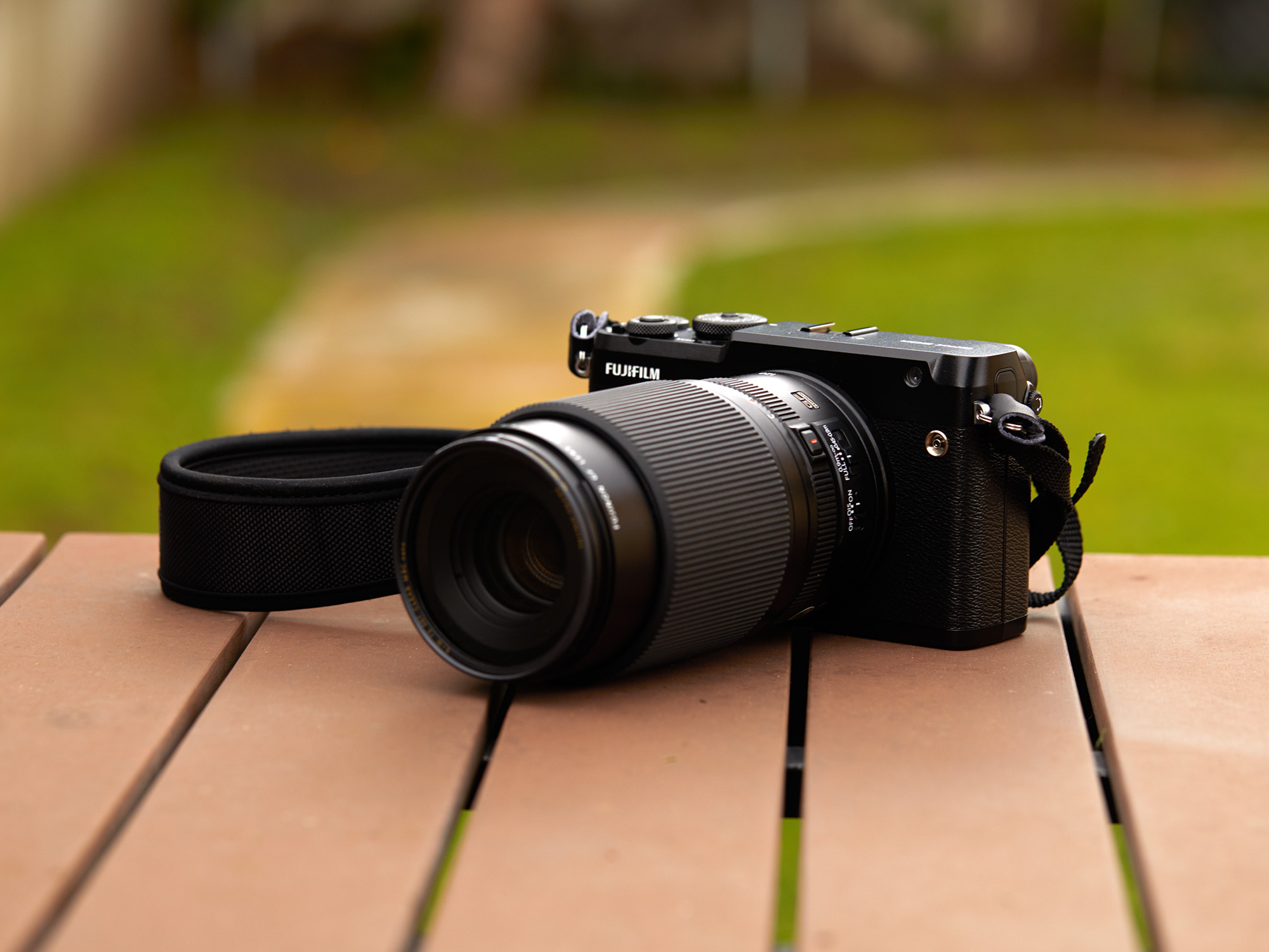 There is a divide within the camera manufacturing market. The majority of the users are interested in lighter, sleeker, and smaller camera bodies that don’t make large sacrifices to image quality or the conveniences from luxuries of previous generations. The other side is those of us are okay with a bulky body, just as long has it has a larger sensor, and more niche features such as in-body focus stacking. And by in large, Fuji has catered to both of those markets; offering incredible and compact cameras such as the FujiFilm X-H1, and the recently released Fujifilm X-T3. But they’ve also humored medium format enthusiasts, with the release of the Fujifilm GFX 50S. But Fujifilm has also recently tried to bridge the gap and released the FujiFilm GFX 50R – a medium format camera system, in a surprisingly small (relative to format) body.

To put it plainly, the Fujifilm GFX 50R is a slimmed down Fujifilm GFX 50S; offering most all of the features of its older sibling while trimming down 5.1 ounces and 25mm in the waistline. And for a market which prides itself on the big blocky cameras of Phase One and Hasselblad, these size changes are significant.

The Fujifilm GFX 50R contains a 51.4 megapixel 44mm x 33mm sensor. While marketed as a medium format camera, the sensor is considered a crop sensor within the medium format market (whereas Phase One and Hasselblad’s medium format systems are generally the 645 format, at 53.7mm x 40.4mm). But all this hair-splitting is fodder since FujiFilm is best known for their 1.6x crop bodies, putting this sensor 283% larger in size. Even still this sensor also boasts 12 stops of dynamic range in a single shot but also offers a number of bracketing modes (from ISO bracketing to exposure bracketing, and even white balance bracketing) expanding that dynamic range even further. 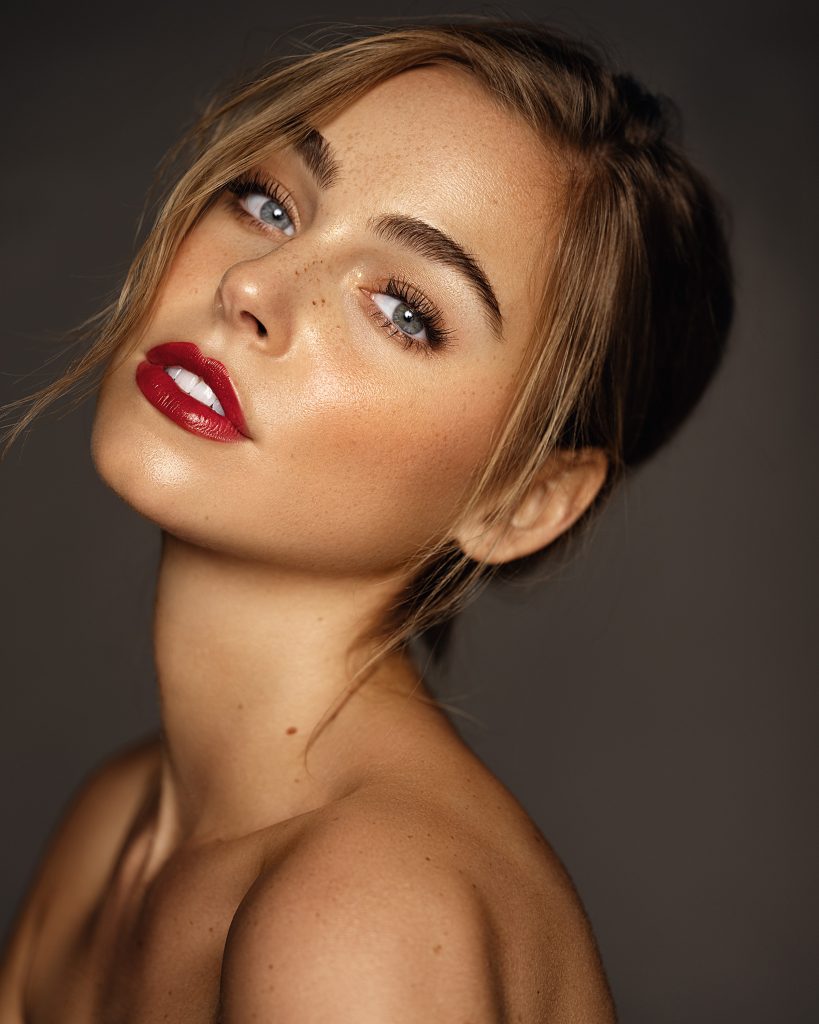 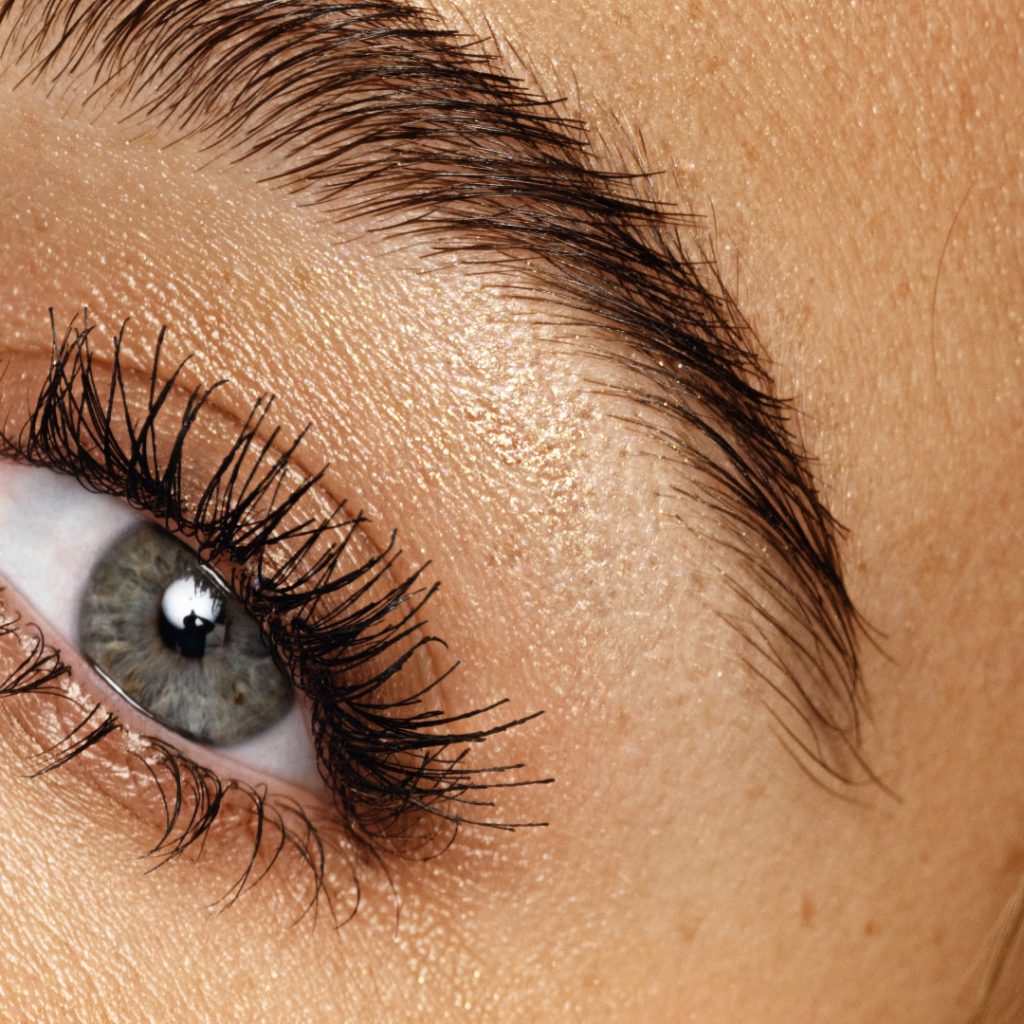 Additionally, the Fujifilm GFX 50R has Bluetooth connectivity, allowing for pairing with the Fujifilm Camera Remote application (though I personally had limited success), a handy 3.69 million dot OLED tilting touch screen, and shoots video at 1080/30p. All of these features are put into a camera with a unique rangefinder aesthetic. from the physical dials to adjust shutter speed, to the aperture controls built into the lens itself, the Fuji GFX 50R still retains a lot of the nuances of Fuji systems that the film shooters will appreciate. However, I say unique rangefinder aesthetic, as in order to fit this sensor into the camera system, they had to opt of a fairly large camera body. But large is subjective, as it’s still considerably smaller than most medium format options, and is similar in size to most DSLR systems. 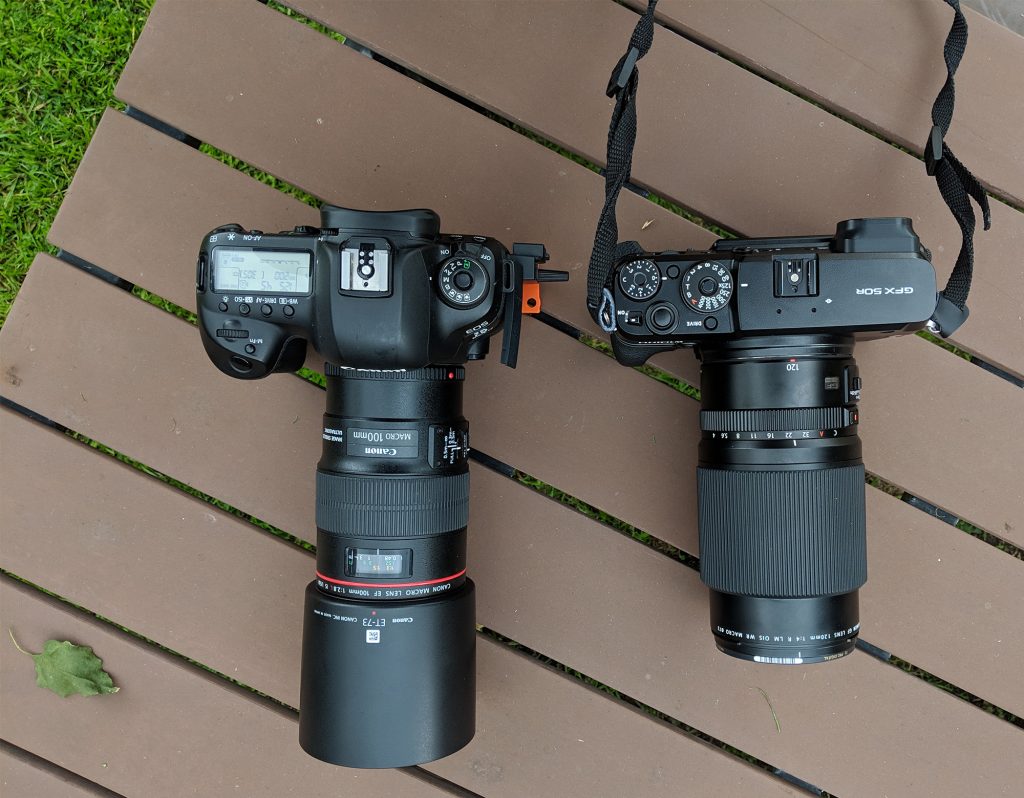 As with all newer cameras comes its most limited features – the lens mount. Using the G-mount first found on the Fuji GFX 50S, the Fuji GFX 50R is still limited in its lens options. At the time of this release, the G-series of lenses offers 6 different prime lenses of various focal lengths, as well as two zoom lenses. While their roadmap shows three additional lenses being announced in the next year, it’s a little concerning the lack of options within the platform.

On paper, the Fujifilm GFX 50R seems like a perfect little camera, bringing the medium format system out of the studio, where it generally makes its home. However, upon picking up the Fujifilm GFX 50S, I had already started having my issues with the camera.

First, is a continuation of a problem I’ve always had with Fuji camera – they don’t know how to make a very comfortable camera. This is most evident with the GFX 50R, as it’s a miracle that I didn’t drop this camera at least once. The grip on the camera is nearly nonexistent and has the ergonomics of a small shoebox. Pairing that with a front heavy lens, such as the Fujifilm GF 120mm f/4 R Macro, you end up with an incredibly uncomfortable handholding experience. 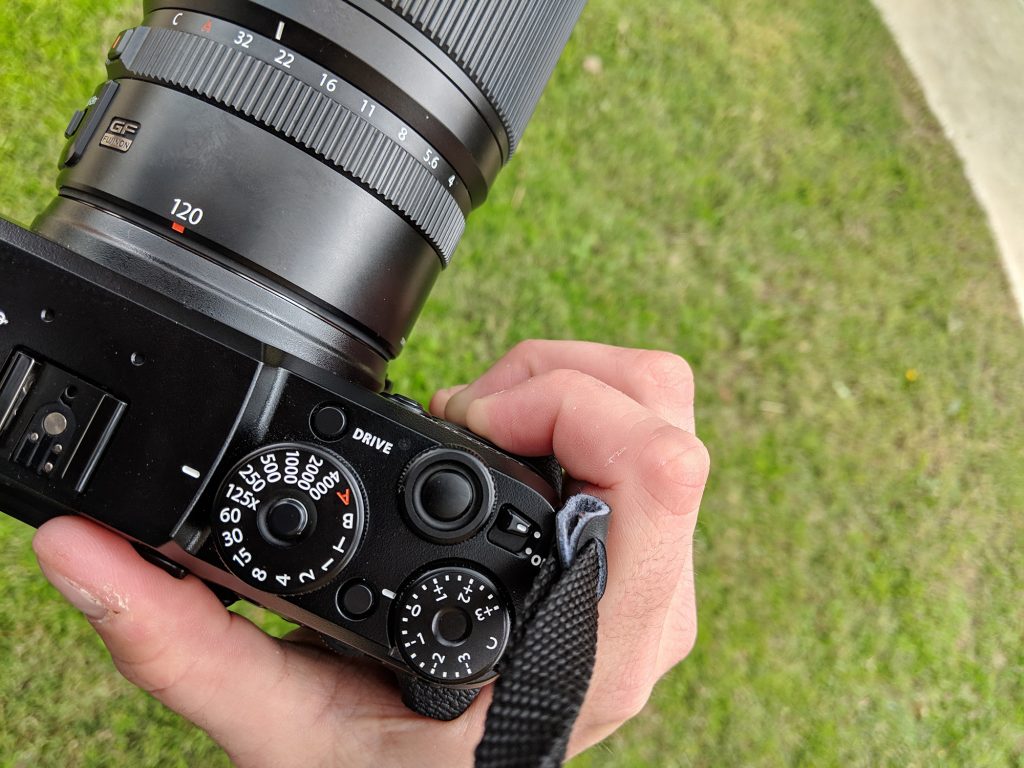 Handholding the GFX 50R is a fairly uncomfortable experience, particularly with a larger lens.

And I can’t help but think this is a significant flaw in the design of this camera. To make a medium format system that has the mobility expected from the mirrorless platform, they’ve made Frankenstein’s monster. And the uncomfortable design doesn’t end in the grip and boxy aesthetics. 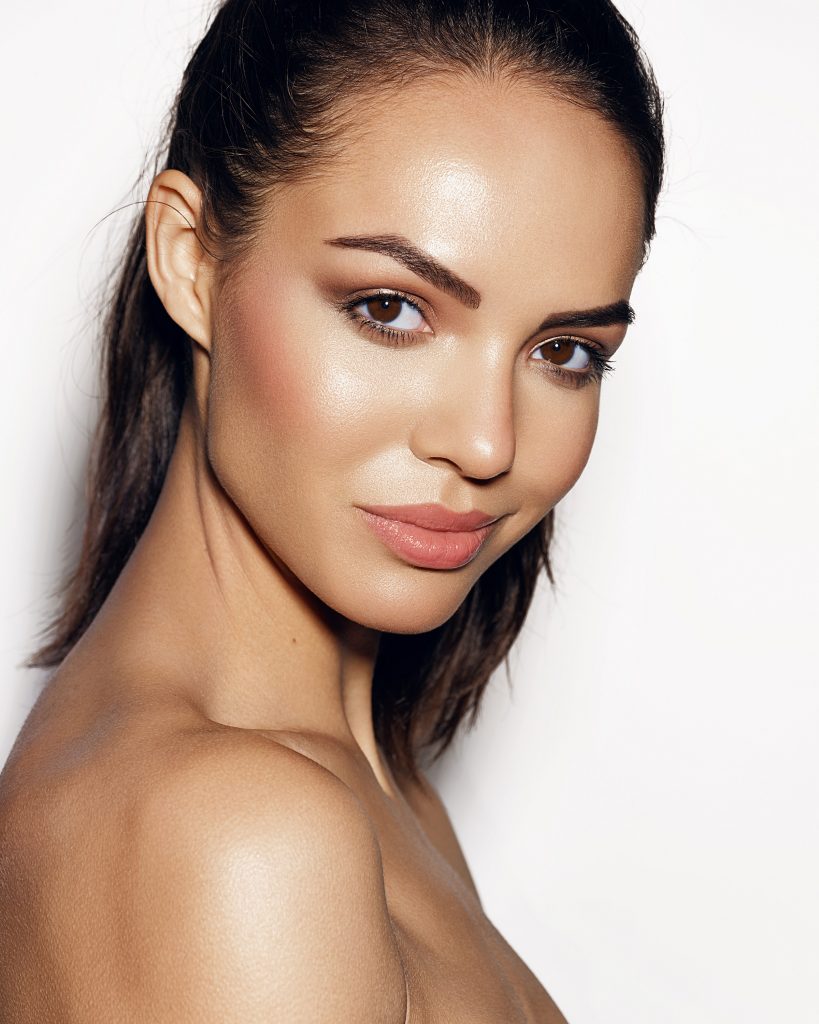 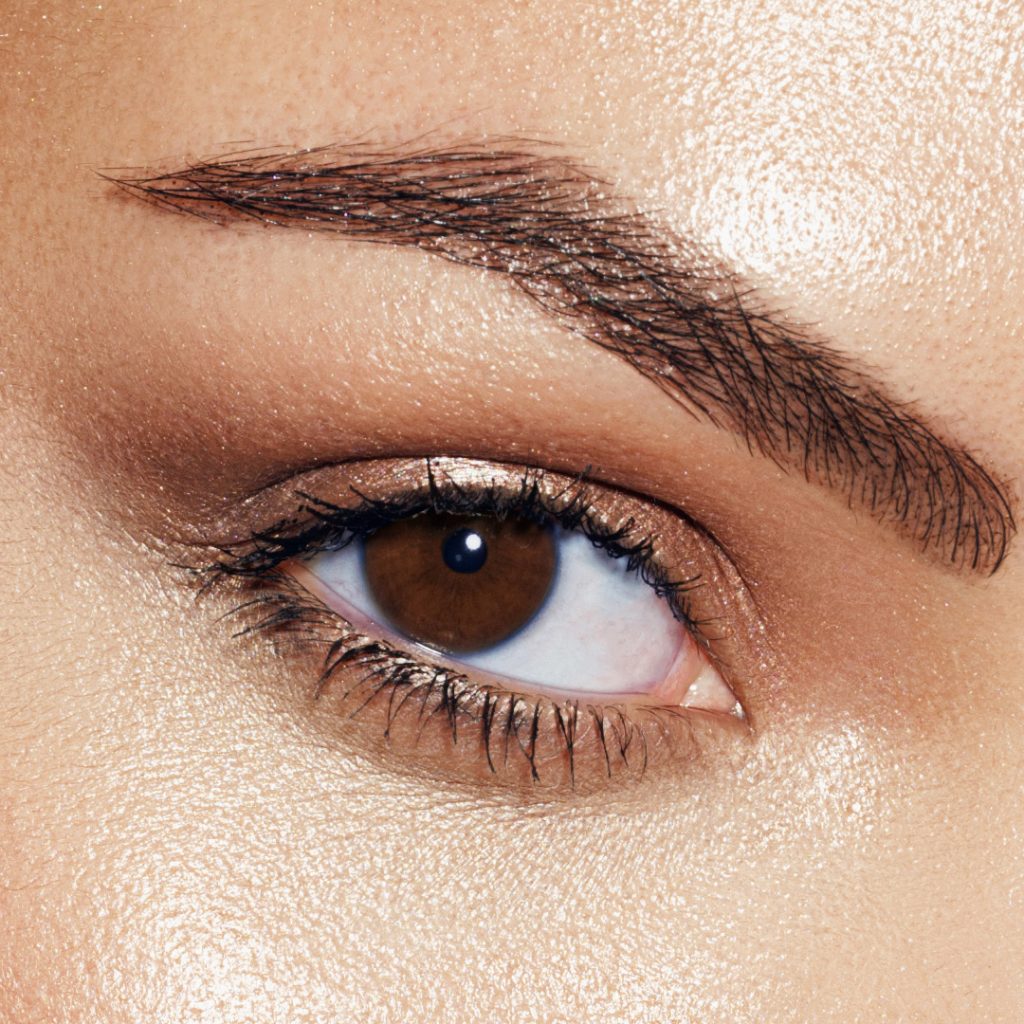 They’ve also done something I’ve never really seen before when putting your standard ports on the camera, they kind of just threw them everywhere. Need to attach a microphone? The 2.5mm port is located on the left side of the camera body. Do you need to run HDMI out? Oh, that’ll be on the right side, above the dual SD slot. Looking to tether? Oh, the USB 3.1 Type-C is on the bottom of the camera, along with DC input. In short, so many of the design elements of this camera don’t come from a place of practicality, which will frustrate a lot of new users to the platform (though new or old, I don’t think I’d ever get used to tethering from the bottom port).

However, the Fuji GFX 50R does a lot of things right. When it comes to features, it outshines just about everything else on the medium format market. Whereas Hasselblad’s and Phase One systems shoot about one frame per second, The Fuji GFX 50R can shoot up to three. Whereas the popular Phase and Hasselblad systems have just a single focusing point, the Fuji GFX 50R can use 117 different points; and those extra focusing points really make a difference. As someone who has had a lot of time with both Hasselblad systems and Phase One systems, focusing has always been an issue. The Fuji GFX 50R is truly a medium format (again, crop) that I feel comfortable handholding and knowing that 95% of my shots will be in focus. While 95% might feel like a pretty low accuracy, anyone who shoots a lot of medium format systems knows how statistically impressive that is. 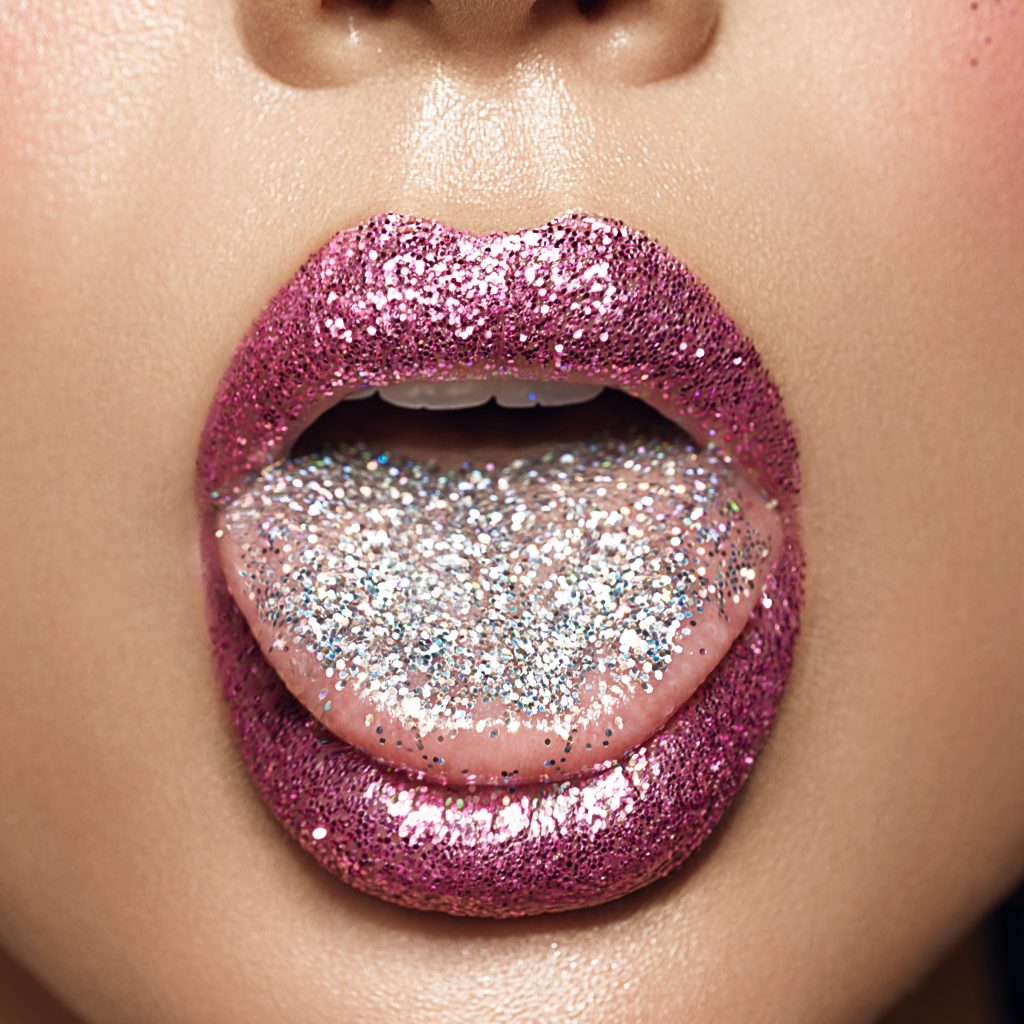 But when comparing that autofocus to a lot of other modern cameras – it falls a little flat. In my dark studio, I found the camera focus seeking a lot, and the overall process was a bit cumbersome – at least compared to a DSLR. My second gripe, particularly while in studio is the electronic viewfinder. Changing the viewfinder settings to detect white balance over exposure helps a bit, but the viewfinder was still a bit frustrating, adjusting constantly between each and every shot. Whereas most medium format cameras seem to be built for the studio, this one in particular was the most awkward to use; and a lot of that came from the viewfinder settings and overcompensation.

Despite all of the ergonomic and design flaws, the Fuji GFX 50R takes an incredible image. The 44x33mm 51.4MP sensor has proven itself as one of the best in the Fuji GFX 50S, and it doesn’t hold back in this camera either. I suspect that it’s the same Sony sensor found in the Pentax 645Z, Hasselblad X1D and others, but I doubt Fuji will ever confirm that. If I’m correct, that dates this sensor nearly 5 years old, and if it is its own Fuji design, and the same sensor found in the GFX 50S, it still dates it a couple of years at this point. And to be a nitpicker, the sensor does show its age a little bit. 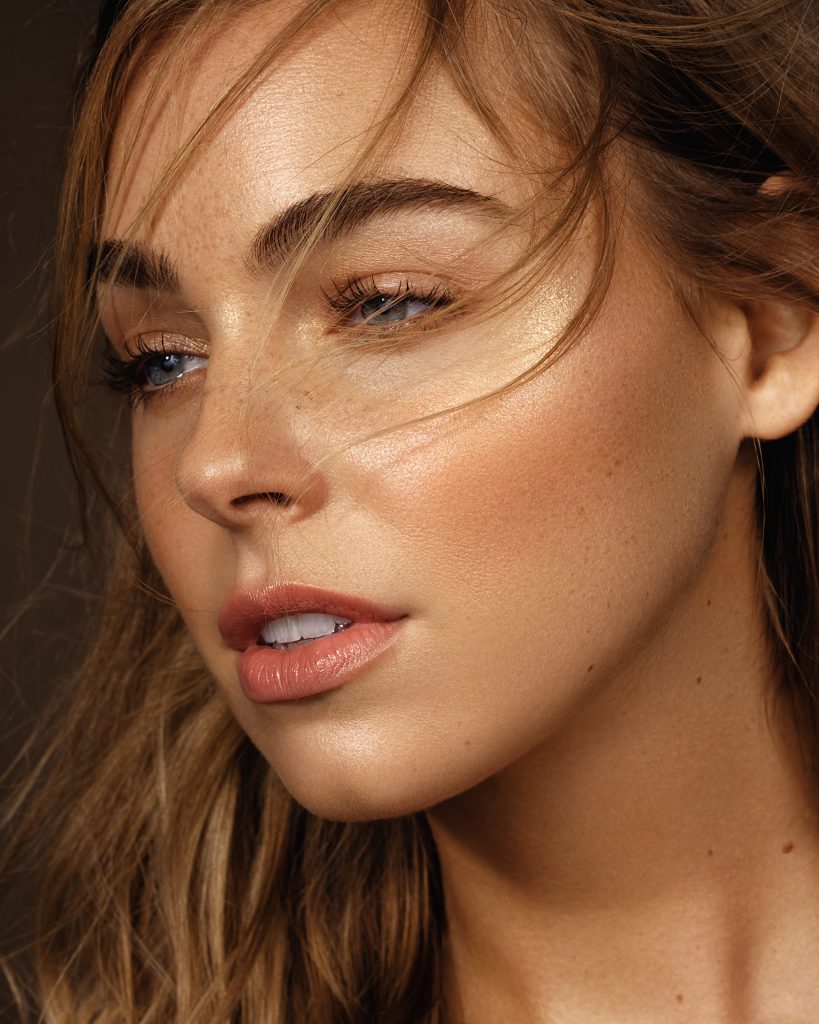 Built within the Fuji GFX 50R is a number of film simulations – a staple of most Fuji systems at this point. While I don’t know anyone who would personally use one of the 15 simulations out of the Fuji GFX 50R, it could be a handy tool for pre-grading images, particularly when shooting video. 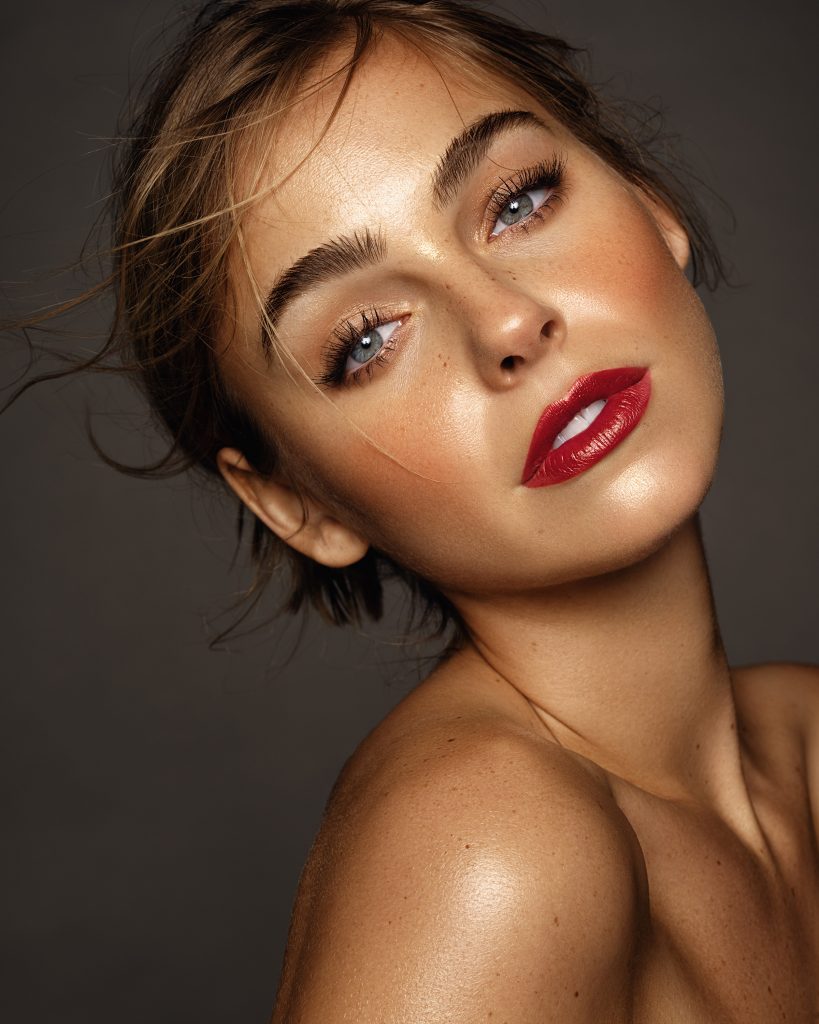 Additionally, the Fuji GFX 50R offers 14-bit color with its sensor, and perhaps where it saves its costs from other medium format camera systems. Whereas systems like Phase One offer 16-bit color, the FujiFilm GFX 50R sits at the standard typically found on modern DSLRs is only 14-bit color – a difference of color depth well into the trillions. While the argument on whether the average person can even see this change of color depth can be argued ad nauseum, and the workflow required to even process images with higher bit color is left for another article entirely – it is worth noting for those who want the absolute most out of their raw images. 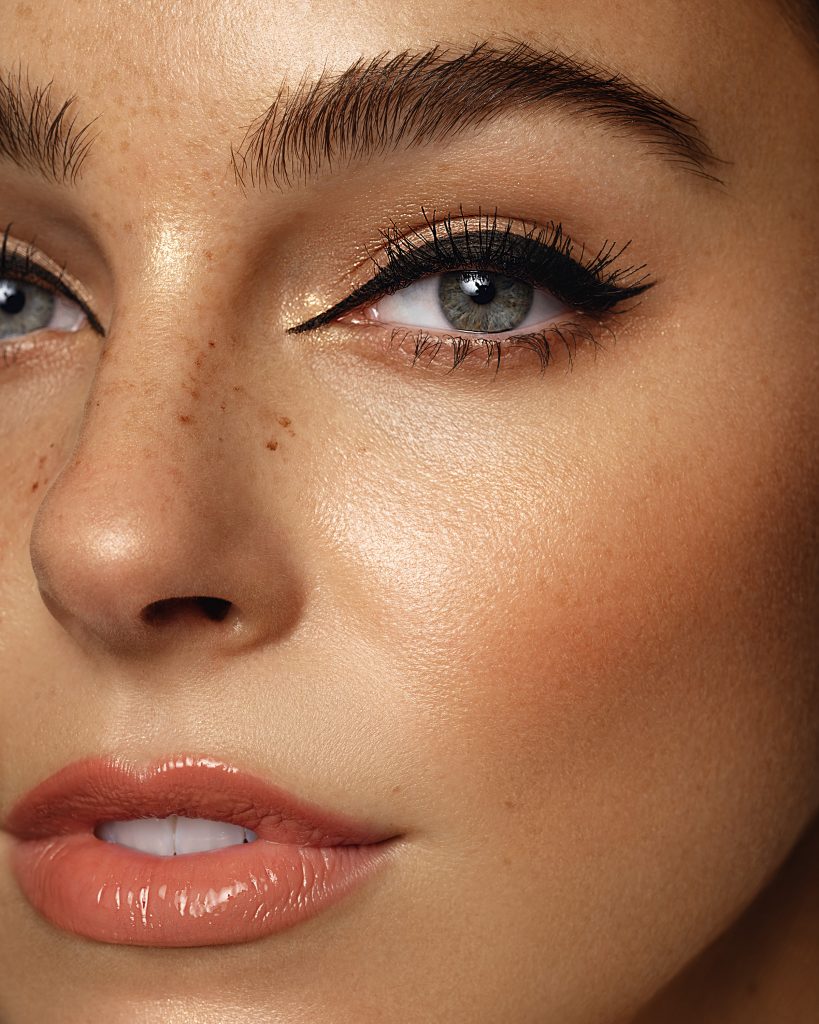 The pricing is without question, the icing on the cake, and the most notable feature of the Fuji GFX 50R. It put it easily, at $4,499, the Fuji GFX 50R is the cheapest digital medium format camera available in the world today. And this little fact is the most impressive feature within this camera. Assuming my suspicions are right, and this is the same Sony sensor as those found in older Phase One and Hasselblad cameras, this sensor costs upwards of $26,000 just a few years ago. To call this a significant price drop is an understatement. If nothing else, the FujiFilm GFX 50R is important for one reason – it makes digital medium format viable within the realm of affordability.

All in all, the Fuji GFX 50R is a really incredible camera, that shoots itself in the foot in the design department. The fantastic sensor packed into an already feature heavy medium format only makes it more impressive when you look at the price point. If I had to choose the Fuji GFX 50S or the Fuji GFX 50R, the GFX 50S is the obvious choice. However, for the 20% in price difference, and both of them sharing largely the same features aside from design, there is no better camera for the cost-conscious photographer who is wanting to go to medium format.

All images in the article are from me, Zach Sutton. Feel free to see more on my Instagram.