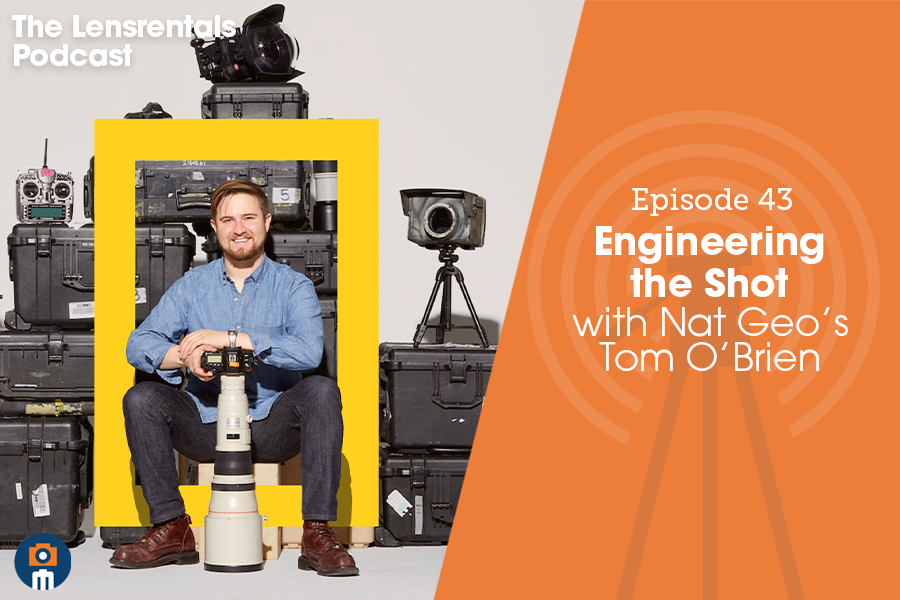 So as you could imagine, both Joey and Ryan were excited to sit down and chat with Tom 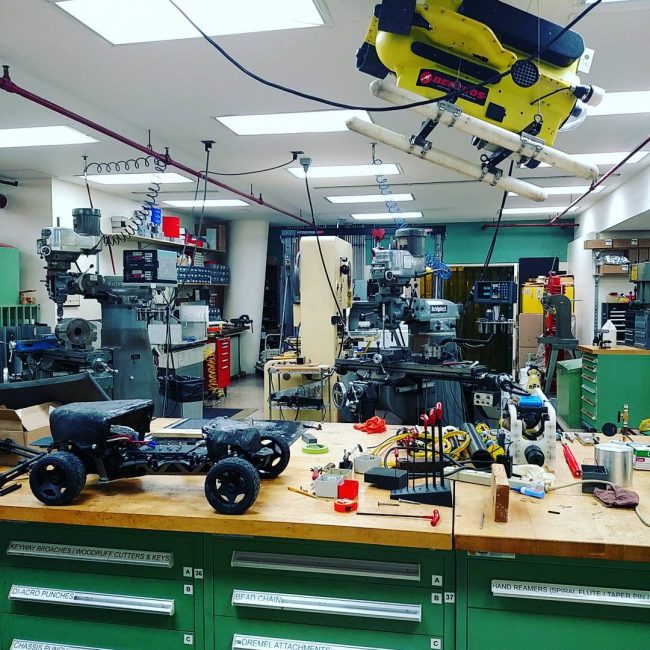 O’Brien, as he walks us through some of the behind-the-scenes work that needs to be done to create so much iconic imagery. In his five years at Nat Geo, Tom has helped with some incredible images and stories, but let’s first ask, what is a Photo Engineer?

A Photo Engineer is a unique title but is essentially the go-to person to make visions a reality. When a National Geographic photographer needs to capture an iconic shot on the cliff’s edge of Mount Kilimanjaro, the photographer goes to people like Tom O’Brien to discuss how it can be done. From fabricating complete machines from scratch to modifying prebuilt designs, Tom works with some of the most innovative pieces of gear to help capture the seemingly impossible.

In addition to designing and building custom camera rigs to help the large team of National Geographic photographers, Tom O’Brien also manages all the equipment owned by National Geographic, ensuring it gets into the hands of those who need it.

His work on Free Solo 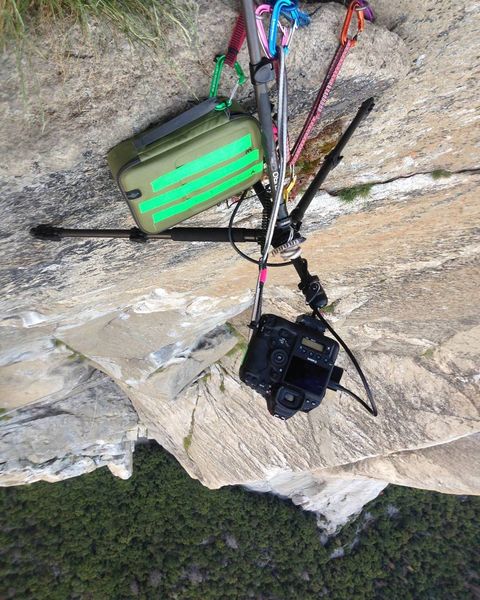 Among the many interesting topics discussed during this episode, Tom also discusses his work on Free Solo – a Nat Geo film where Professional rock climber Alex Honnold attempts to free climb the famed El Capitan’s 900-meter vertical rock face at Yosemite National Park. In this incredible film, Tom was tasked with the challenge of building custom remote camera rigs to capture this historic climb. The movie, which by all accounts is a must-see, highlights both the technical strength and prowess of Alex Honnold and the entire team at National Geographic as they document this previously impossible task.

So how does one get a job being a Photo Engineer for National Geographic? Well, the answer is a lot of knowledge and a bit of good fortune. As Tom O’Brien explains in further detail in this episode, it started with his background in Engineering. Graduating with a BS in Engineering, Tom was working as a Mechanical Engineer working on a variety of government projects. Through that work, eventually, he got a job offer from National Geographic, putting him in his current position, which is a dream job for so many people.

Listen in as Ryan, Joey, and Tom discuss all the technical aspects of making creative ideas come to life in this particularly cool episode of the Lensrentals Podcast. 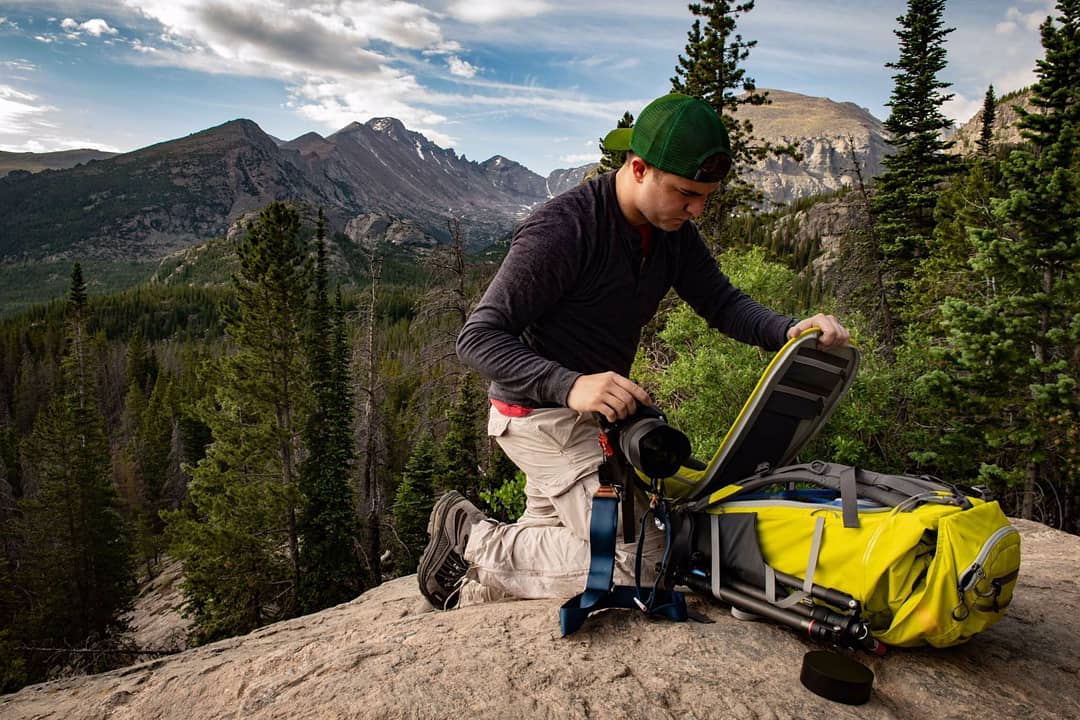 1:30 – Ryan and Joey, like many people, grew up imagining what it must be like working for National Geographic, and today they’re talking to someone who does. Still, Tom O’Brien didn’t have the same dream, being drawn to figuring out engineering-based problems instead.

3:30 – Tom’s got his first camera, a Lomo LCA+ in high school, and discovered a love for bringing his images to life in prints, and his love for photography began.

4:50 – After a contract position with the Army ran its course, Tom saw a job posted by Nat Geo for a Photo Engineering role that looked like it may be more entry-level than he was looking for. However, he was still interested, applied, and interviewed, and after much consideration involving a pro/con spreadsheet, took the role and evolved it into what he does today.

6:50 – Ryan and Joey are slightly star-struck by this amazing job, and Tom reads us the official job description, which only intensifies their interest. He began as a print photographer, and the role evolved into being a master solutions expert for all kinds of highlight specialized situations.

9:05 – So half the job is making these custom rigs for challenging projects, but you’re also sourcing things for people even if you’re not making them yourself.

9:40 – Most difficult project? Hard to whittle that down, but Tom tells us about the “funky bird train” and an incredibly inventive lighting solution. National Geographic photographers “don’t really believe in post,” as Tom says.

12:30 – Tom gets into the details about the aforementioned funky bird train. It was a remote camera train built to look like a female Sage Grouse so it could take photos of Grouse mating rituals.

15:00 – After watching a PBS Nature episode where a robotic camera was disguised as a sage grouse, Tom got to work gathering pretty normal building materials to make a very unusual tool for this job.

19:30 – While the grouse photos made it to print, not everything Tom builds really cool solutions for makes it out into the world.

21:00 – By the time Tom joined Nat Geo in 2016, almost everything was digital, save for some medium format and larger projects.

22:45 – Digital isn’t always easier though, working with mostly all digital equipment poses its own challenges for sure, though, and Tom tells us how.

24:40 – Unlike analog gear, it’s likely not to perform at its best if you take a mirrorless camera in an arctic.

25:20 – Ryan needs to know about Tom’s work on Free Solo. Tom takes us through the solutions he built for a section of the climb where Alex Honnold didn’t want crew on the mountain around him.

32:15 – Realizing he needed a video feed to know the remote camera was on, the NG Studio, the gear shop, and specialty equipment supply division of Nat Geo loaned Tom a Teradek video transmitter. And RC components saved the day on connecting all the gear.

37:20 – “That’s how I did it. Total junk show.” This is how Tom sums up his truly spectacular problem solving making the shots on El Capitan possible for Free Solo. We’d say it’s a little more impressive than a “total junk show,” though.

39:00 – Upcoming projects aren’t confidential, but the culture around National Geographic is to keep in-motion projects quiet until they come out in full. Tom lets us know he’s been buying some “really awesome, ultra-high power lights” to work with “a certain photographer in South Africa” soon, which we can’t wait to see!

40:44 – Also currently in motion is a story set in Gabon featuring elephants. Apparently, these elephants hate “human stuff” and will tusk cameras when they find them, so Tom has been tasked with building elephant-resistant cameras. Which he says is much harder than the time he had to build wolf-resistant cameras. Good luck, Tom; we know you’ll figure it out!

Tweet
Posted in Podcast Episode
Understanding the Difference in Global and Rolling Shutters
I Traded My Full-Frame Kit For A Sony RX100 VI, Here’s What I Learned