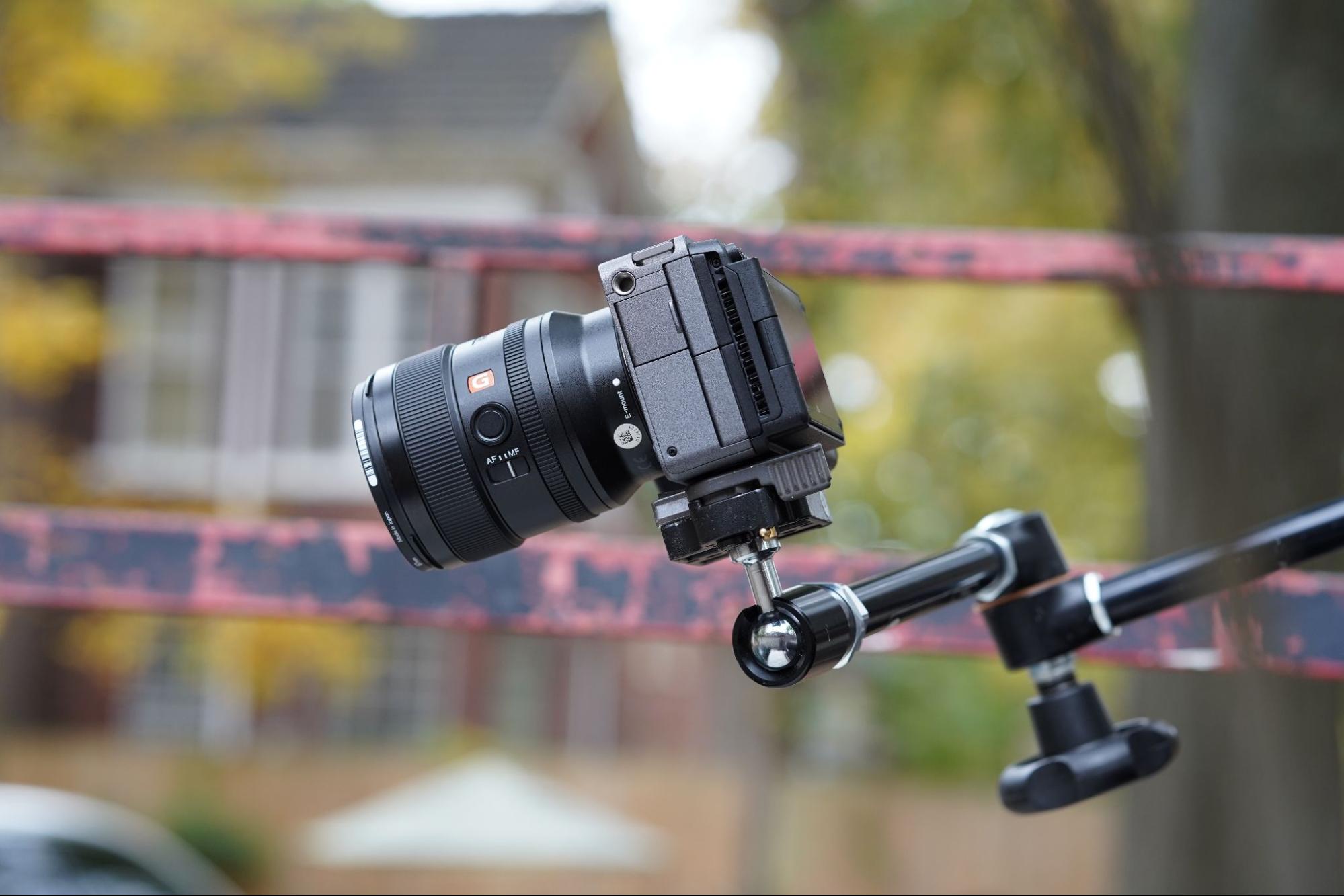 Given that Sony’s recently-released FX30 is in extremely high demand at the moment, I thought it might be a good time to take another look at the FX3. After all, while the FX3 is a little older, it wouldn’t be accurate to call the FX30 an “upgrade.” However, even at half the price of the FX3 and missing many of the FX3’s key features, I wouldn’t necessarily call the FX30 a “downgrade” either. They’re simply two different tools, both with their pros and cons. So, while a full spotlight on the FX30 will have to wait until we have a few more copies in stock, this is a perfect opportunity to revisit what the FX3 gets right and how it differs from the FX30.

The littlest brother in a line of camcorders that include the FX9 and FX6, the FX3 is one of the most popular and feature-rich small cameras available for budget-minded filmmakers. Even after a little more than a year and a half on the market, it remains one of the most popular cameras in its price range. Due to its diminutive size, the FX3 often works as a drone or gimbal-based B-camera alongside larger A-cameras like the FX9. It’s a sturdy camera that feels secure in your hands, and with six ¼-20 threads on the body, you can secure it pretty much anywhere. I’ve taken advantage of the many mounting points to get the FX3 into some pretty tight spaces, and the camera’s relatively small size and simple shape make this easy.

As far as the FX30 goes, I’d expect it to work in many of the same conditions as the FX3. While, again, I haven’t gotten to use it on a whole shoot just yet, the FX30 and FX3 share precisely the same dimensions and nearly the same weight. Videographers that are used to fitting the FX3 in tight spaces won’t have to make many rigging adjustments if they switch to an FX30. Those users will, though, need to make some adjustments around sensor size.

One feature that makes the FX3 such a capable B-camera for FX6 or FX9 shoots is that all three cameras share the same full-frame sensor size. Cutting together shots from different cameras is much less jarring when the depth of field remains relatively consistent between them. Shooting full-frame on both your A and B cameras makes matching footage in post much easier. The APS-C sensor on the FX30 could disqualify it from B-camera status on some shoots, but that remains to be seen in our more in-depth review.

But back to the FX3. Using it for this project, I was struck by its capability as an A-camera. I especially love the remote shooting app, which is super simple to set up and use. In contrast, one of my biggest problems with Panasonic is the cumbersome remote shooting setup, which requires too much digging and activation within the menus. Sony’s Imagining Edge App just works. I downloaded it to my iPhone and was connected in seconds, able to start shooting in under a minute. While minimizing the app disconnects it from the camera, you can reconnect within seconds by reopening it. I found this incredibly useful when I wanted to start or stop recording but also needed to access other applications on my phone. Remote control must be this seamless because the FX3 will so often be used in situations where it’s difficult to reach the on-board controls. The user experience will presumably be much the same with the FX30.

Other shared features between the two models include 16-bit RAW output over HDMI (though resolutions and frame rates differ), fantastic phase detection autofocus, dual CFexpress and SDXC card slots, and in-body image stabilization. What the FX30 lacks are mostly high-end features like the previously mentioned full-frame sensor. The FX3 is also newly Netflix-approved if that’s something that matters to you.

Altogether, the FX3 is one of the most capable cameras we carry in its size range, and it’s even more impressive when you look at it as part of a larger workflow. If you’re, for example, an FX9 shooter who wants to mount a camera to a truck without having to deal with a ton of grip gear, this is the perfect camera for you. You’ll be able to capture nearly the same image quality as you’re getting on the FX9, using the same lenses, with a camera small enough to fit in a jacket pocket. If, however, you’re an influencer-type who just needs a super capable small camera and isn’t worried about matching footage with a $12,000 cinema behemoth, the FX30 is probably a great fit for you, but you’ll have to wait for our full spotlight to find out.

I’m Jason and I’m a Video Inspection Lead here at Lensrentals.com. In my ever-decreasing spare time, I make short films, wax poetically about cinema, and weep for the future of mankind. I’m a graduate from the University of Memphis Film and Video program.
Twitter
Tweet
Posted in Equipment
Staff Picks of the Best New Photo and Video Products of 2022
Exploring Aputure Lighting and What’s Best For Your Shoot