First, for those of you who aren’t aware, the new AF system in the Canon 5D III has different available autofocus points with different lenses. Canon has listed all of their lenses in the 5D III manual (pages 78-84 for those of you who don’t do manuals much) telling you which of the 61 AF points are active and whether they are horizontal only, cross, or dual-cross sensors with that lens. 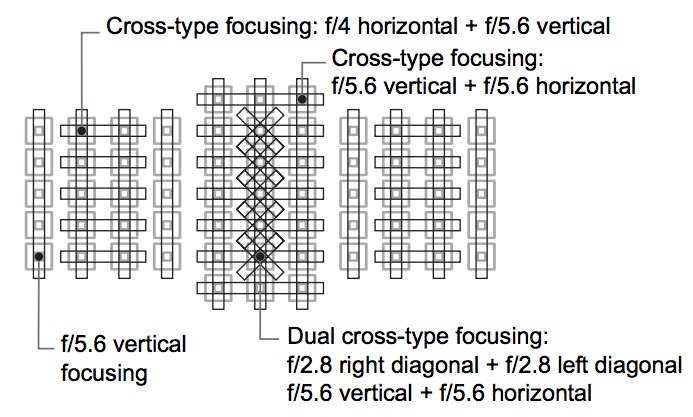 Understandably, Canon did not feel a need to publish similar data for 3rd party lenses, but a lot of people have asked us to look into that. We’ve done that for all of the lenses we stock and have put the results in tabular form below.

The 5D III doesn’t tell us on-camera if the 5 dual-cross sensors are active as dual-cross or simply as cross-type sensors. What are referred to by Canon as Groups A, B, and C lenses all show the same pattern on the camera’s LCD. All 3 of these groups use all 61 AF points and the 41 cross points are active as cross points. We have no way to tell with third party lenses if the central points are acting as single or dual-cross. (Other than knowing the dual-cross sensors are NOT active if the maximum aperture of the lens is smaller than f/2.8, because Canon has said that.) Anyway, for purposes of this post, we’ll call them all Group C, because that’s all we can tell. 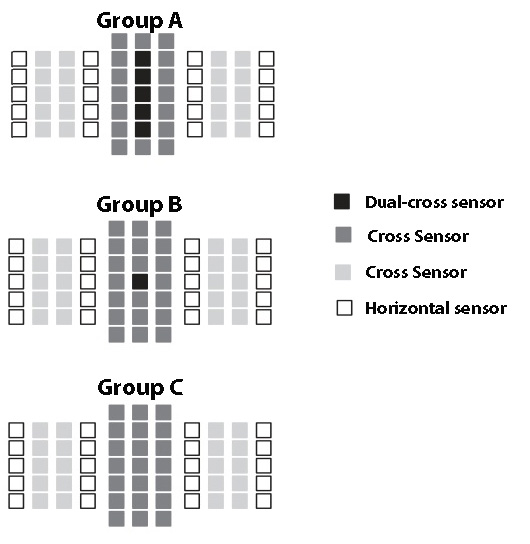 We also can’t absolutely confirm that the other sensors are active in the way the camera tells us they are when a third-party lens is mounted, but they certainly seem to be. We did confirm that each individual point the camera said was active could actually be used to autofocus the lens. We also compared a vertical line target in portrait and landscape mode to try to determine if sensors that were cross (horizontal and vertical) seemed to AF equally in either orientation and if horizontal only sensors did better in landscape mode. We did think what the camera was telling us was accurate, but it’s hard to be certain: sometimes a horizontal sensor can focus on a horizontal target.

So you can avoid running back and forth to the manual, here are the other pertinent AF patterns. (We didn’t find any Group D or H lenses among the third party lenses, which isn’t surprising, there are only a couple of them in Canon’s lineup.) 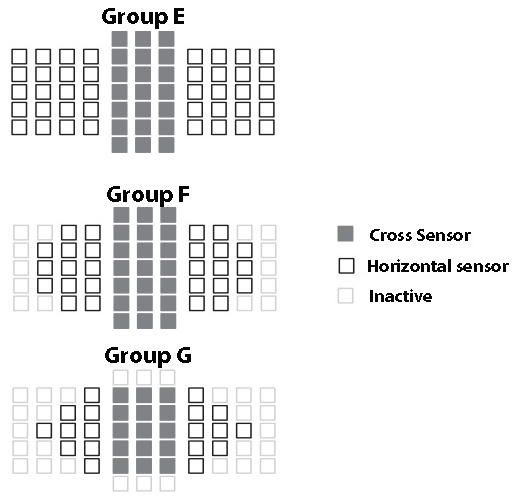 I can’t say that this information is going to make a huge difference to anyone, but people have been curious about it. So for what it’s worth, here’s the data.

Tweet
Posted in Technical Discussions
The Care and Feeding of Your Tripod
Canon 40mm Pancake – How Did They Do That??