It may be a little different on the Canon side, where the Tamron is priced about mid-way between the Canon 70-200 f/4 IS and 70-200 f/2.8 IS II. But there will still be people considering paying a bit more and getting a wider aperture, or paying a bit less for the non-Canon 2.8 version.

As always, this isn’t a review, it’s my quick first impression after putting the lens through our normal intake tests. I’m not a lens reviewer. Also, as always, my summary comes first, for those of you who have trouble reading more than 150 words without a picture. 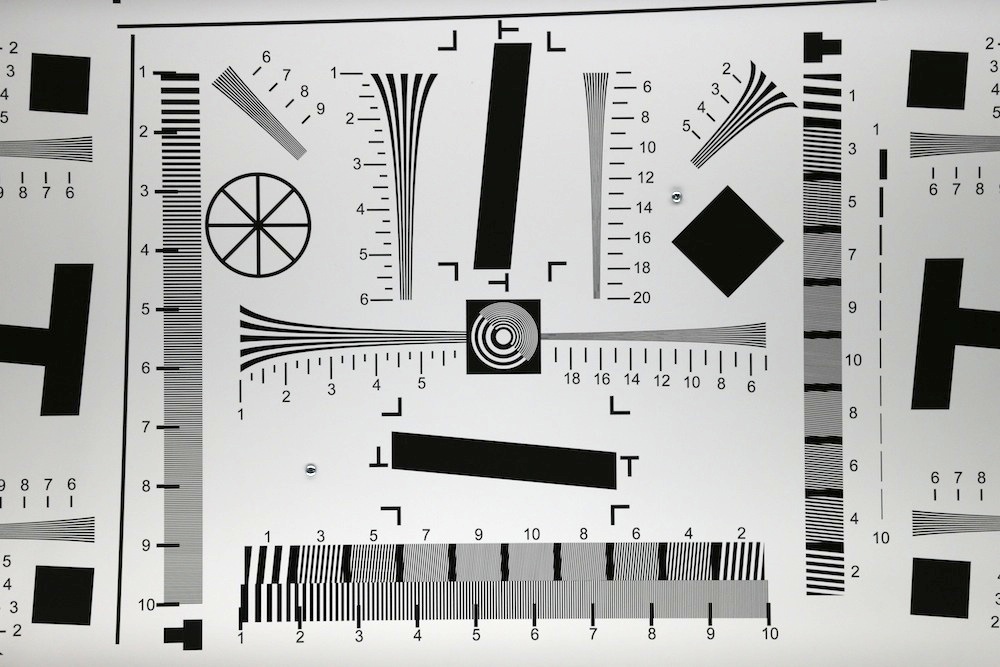 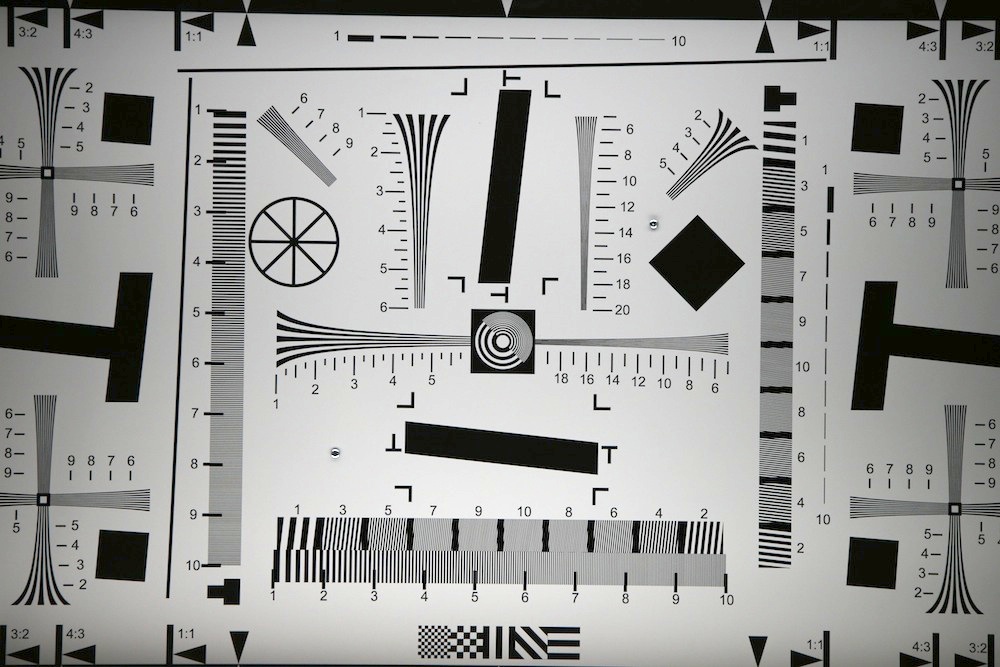 Or another comparison between the Canon and Tamron. 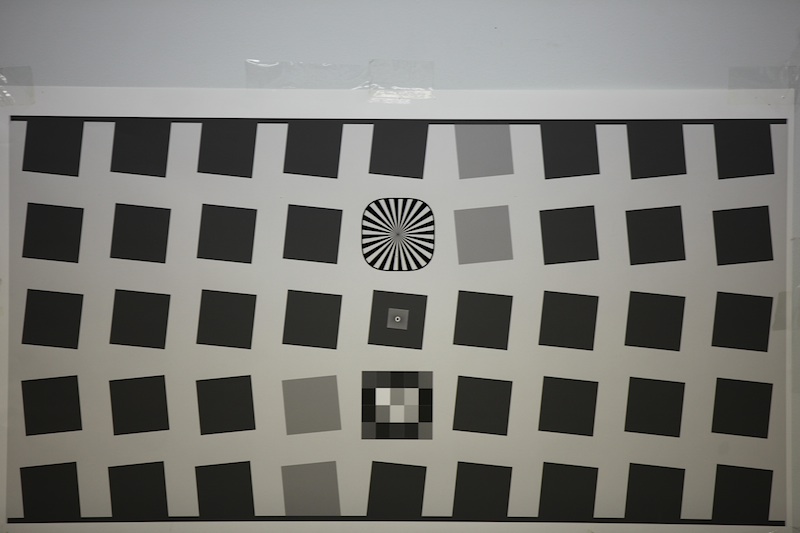 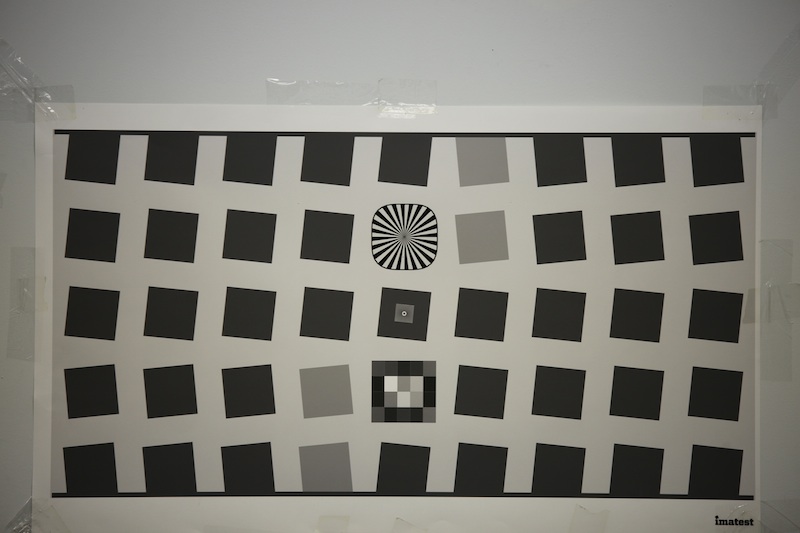 The focal length difference won’t mean doodly to someone using this lens for portraits or landscapes, but to a sportshooter it might be critical.

Other than the focal length surprise, the lenses are both solidly constructed, zoom and focus smoothly, and ooze quality. The Tamron autofocuses very quickly and accurately. It was very close to the Canon and Nikon speeds, and definitely NOT the leisurely AF we suffered from on older Tamron telezooms.

We don’t have nearly as many copies as I’d like to test, with 9 of the Nikon and 8 of the Tamron available today. But it’s better than one copy, so off we go.

The Nikon does very well on our standard D3x test camera. For those who want to know why I’m not shooting it on the D800, that’s because I have tons of comparison data on the D3x, and I want to compare this lens to those others. You can’t compare Imatest results from two different cameras. Because, well, then you’re testing the difference in the cameras. 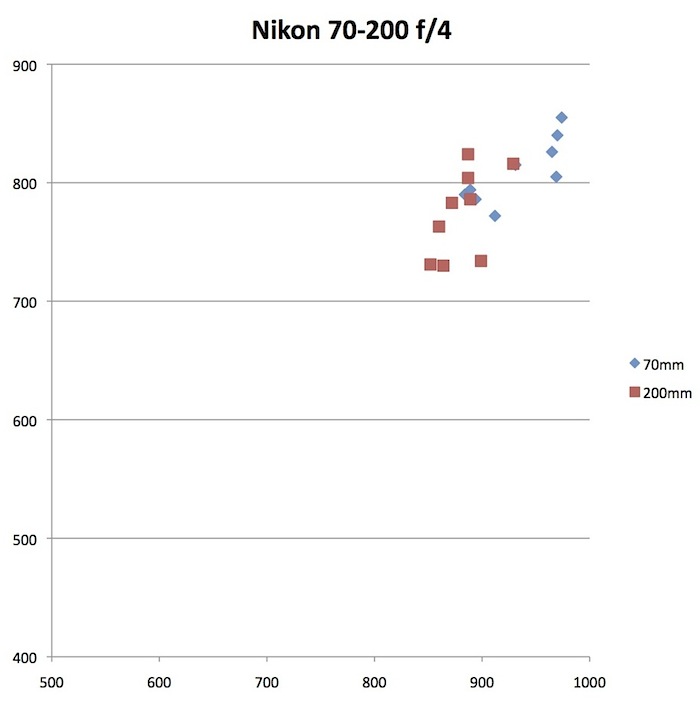 The Tamron is also very sharp, and equally sharp at both ends. At 200mm, it actually appears a bit better, but with only 8 copies I’m not willing to make that call yet. I should also repeat, as I always do, that you can’t truly compare Imatest results from one camera system to another so it’s not appropriate to compare the Tamron to the Nikons until we get Nikon mount copies of this lens and test them on the same camera. 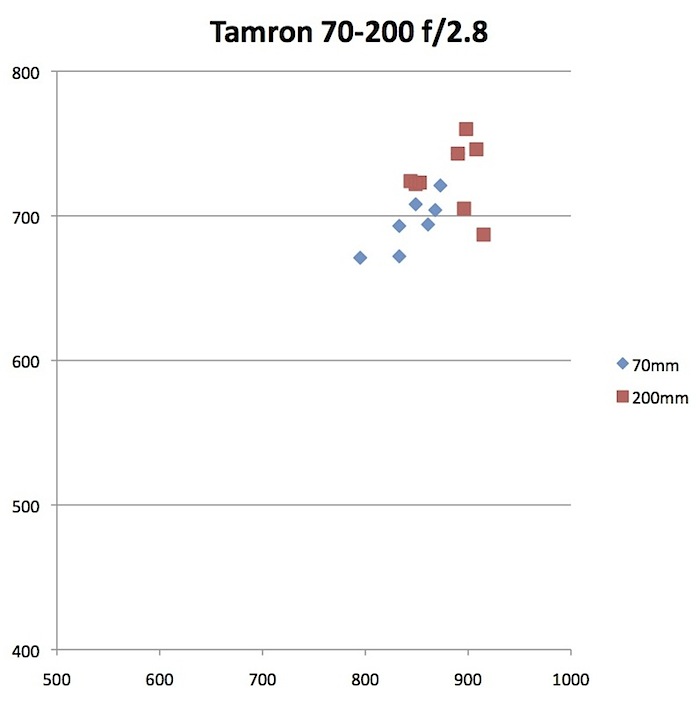 To show just how good these numbers are, we’ll compare them in a table to the Canon 70-200 f/28 IS II, one of the best zoom lenses available.

Again, let’s emphasize that I’m comparing the average of 8 copies of the Tamron to the average of over 200 copies of the Canon IS II. The Tamron numbers will change a bit as we add more copies to our database. But even so, the Tamron has done something remarkable. It’s holding its own, at least, with the best 70-200 f/2.8 zoom I know of.

But let’s also remember that the Tamron is really a  70-186mm. A smaller zoom range helps the designer maintain resolution throughout the range. Now, if you’re going to use a 70-200 for a portrait lens, or long landscape lens, those few mm at the long end are probably of no consequence at all.

For other shooters, though, particularly those doing action sports on full-frame cameras, the difference could be critical. Cropping a shot an extra 10% is going to reduce final resolution significantly. As always, horses for courses.

The Tamron, though, for a whole lot of people, is going to provide an exceptionally sharp lens at a lower price.

Remember What This Is

This is a quick look at resolution only. If you’re like me, bad resolution is a deal breaker. Good resolution just means the lens is certainly worth a closer look. Just like you, I’ll wait on the thorough reviewers to look at flare, focus accuracy, bokeh, and the dozens of other things that are important in a lens. But I think both of these lenses certainly passed this first test and are worth that closer look.