What the Well Dressed Photo Geek is Wearing

A New Addition to the Royal Lensrentals’ Garb

I generally consider jeans and any shirt with a collar to be dressed up. There are, however, certain occasions when ‘clothing makes the man’, as they say. For example, when interviewing job applicants, I usually wear the 800mm Hood of Camera Knowledge. Dressing appropriately for the interview, I believe, helps predict whether the applicant really is someone we’d bring into our little circle of trust. Or maybe helps them predict if they really want to work here. 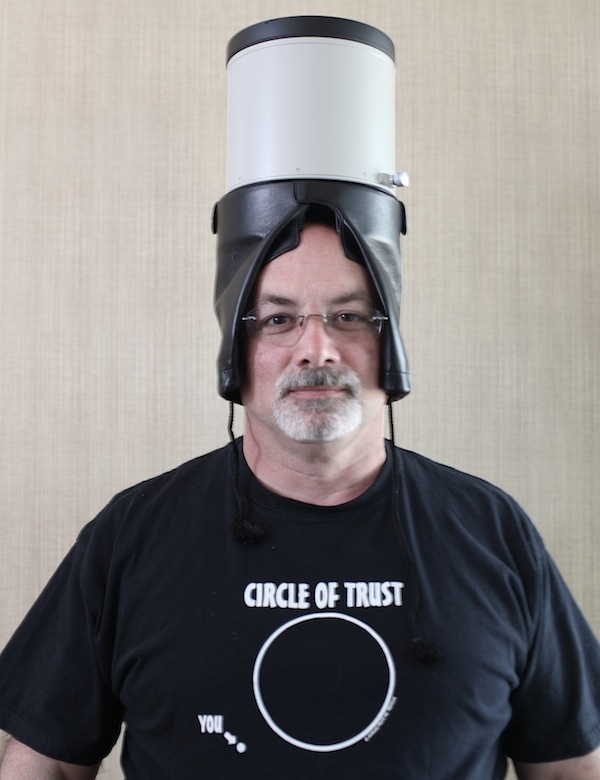 Dressed up and ready to interview potential employees.

Drew, on the other hand, not only carries the Scepter of Digital Images, but also wears the Cape of Many Reflections during his staff meetings. I would never wear that. It’s just tacky and not professional at all. But I was a bit jealous of all that gold and glitter he had. 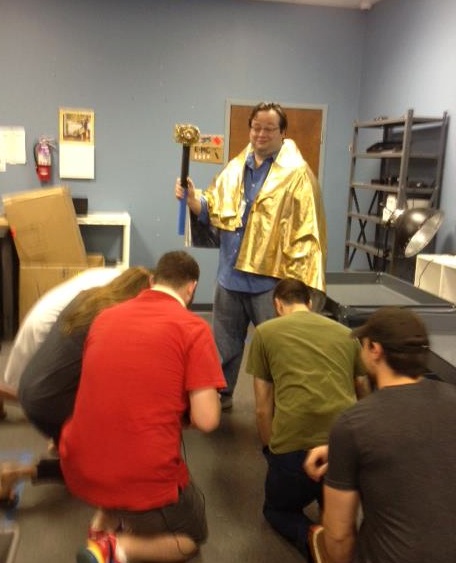 “So”, I thought to myself, “What can I get that is understated, subtle, classy, but yet shows everyone the kind of lens Geek I really am? Plus it needs to be something much better than Drew’s outfit.”

To the rescue came my brother-in-law, Jim Cooper. Jim is a fine-art metalsmith and one time curator of the National Ornamental Metal Museum, who makes pretty amazing things (yes, I’m making a shameless plug hoping he’ll give me something cool for Christmas). A while back I gave him glass elements from a number of salvage lenses and asked if he could make something suitably photo-geek-like out of them.

Coop took a couple of glass elements, some copper, brass, gold leaf, and other stuff and made the ultimate photographer’s belt buckle. If I recall correctly, that’s the second element from a Canon 70-200 f/2.8 IS II on the front. I have no idea which lens he used for the second element. 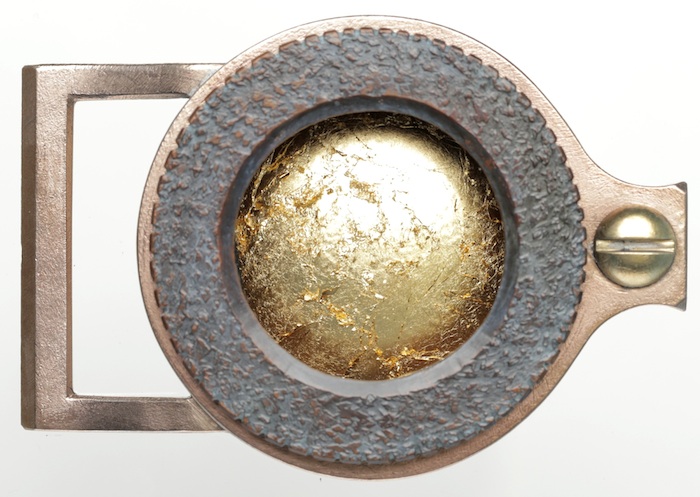 Because Coop knows I spend a large part of my days getting dust out of lenses, he put some gold dust in between the two glass elements in the buckle. Here’s a first: Lens dust that enhances the image. 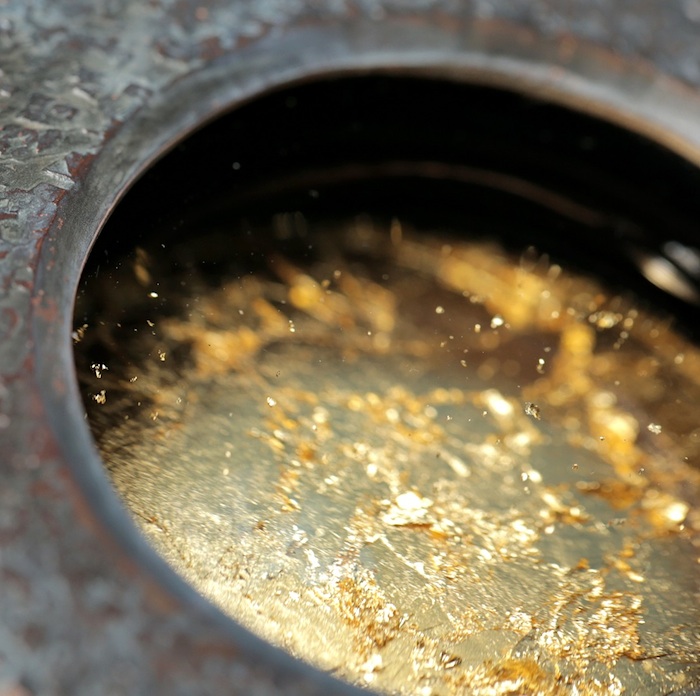 So at the next Lensrentals meeting, I’ll have it all: 800mm Hood of Kowledge, Scepter of Digital Images, and now the Belt Buckle of Lens Clarity. Eat your heart out, Drew! 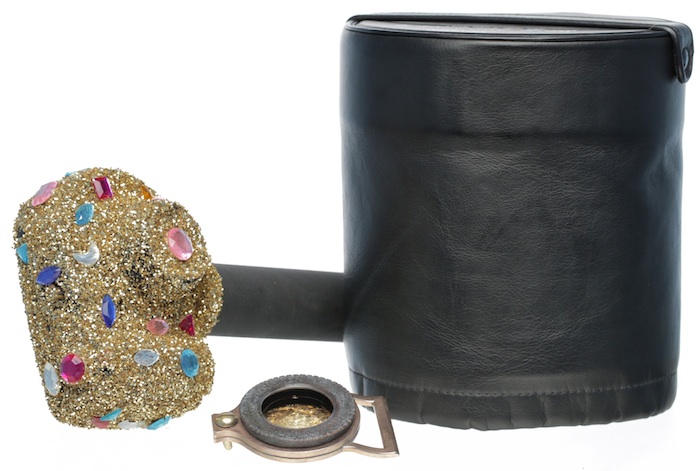 Well, we pretty much covered the hand-made goat’s milk Camera Soap last time. I’ve got a few bars left so the first 5 people who ask for some get some! (Sorry, we can’t ship outside the U. S.) 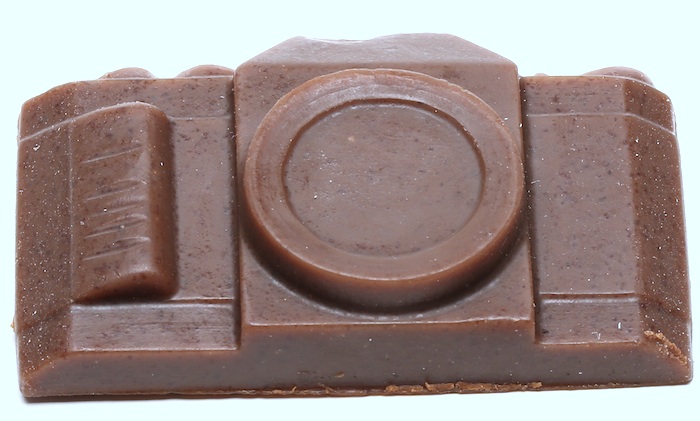 But realizing some of the people I send holiday gifts to are kind of sensitive and would be offended if I sent them some soap, even cool camera shaped soap, I had to have a back up plan.

What do I know a lot about, maybe more than most people? How could I use this knowledge to get the perfect thing for dozens of people?

Of course! Since it’s start 6 years ago, Lensrentals has been fueled by massive (you might consider it amazing) quantities of caffeine. Some of us have our little habits. Like the executive who starts his day with a Red Bull followed by a Mountain Dew chaser. Or the one who chews caffeine laced chewing gum all day.

We tried lots of other coffees, Tanzanians, Kenyans, you name it. We’d go a month or so, then change to something else. But about 3 years ago we settled on one coffee and haven’t changed since.

Every week our dealer (Jersey Shore Coffee Roasters) sends us a couple of 5 pound bags of Brazillian Monte Carmelo freshly ground. We’ve tried about 60 different kinds of coffee, but this is what fuels Lensrentals day in and day out. We love it. I figured most of the people I know would love it. So I had some half-pound bags of drip-grind made up for Holiday Swag.

So the first 7 people who leave a comment with “I want some caffeine!” get a half-pound bag of Lenrentals’ finest.

I’ll list the winners as an addendum here. First time commenters get held until approved, so thir comments may not appear immediately, but we’ll go by time posted.

So far I only have Nick and Zed’s

Tweet
Posted in Roger's Corner
The Bargains of 2012
Dear Santa