We had a chance a few days ago to look at the first copy of the Zeiss 135mm APO-Sonnar CP.2 lens, but today received several copies of the 135mm APO-Sonnar in ZE (Canon) mount. I’ve been wanting to play with it personally, of course, but more to the point wanted the chance to test multiple copies, which always makes me feel better about out test results. I also wanted to compare its direct competitor, the Canon 135mm f/2L.

Unlike the CP.2 lens, the ZE and ZF mount Zeiss 135mm lenses have normal photography housings. The manual focus throw is not nearly as long as with the cinema lens, but it is very smooth and the lens focuses beautifully. With its solid metal housing, the Zeiss weighs in just over 2 pounds compared to 1.65 pounds for the Canon. The Zeiss has a 77mm front element compared to 72mm for the Canon, and 9 aperture blades compared to the Canon’s 8. There’s a bit of price difference, too, with the Zeiss listing for $2,122 and the Canon $989 at the moment. 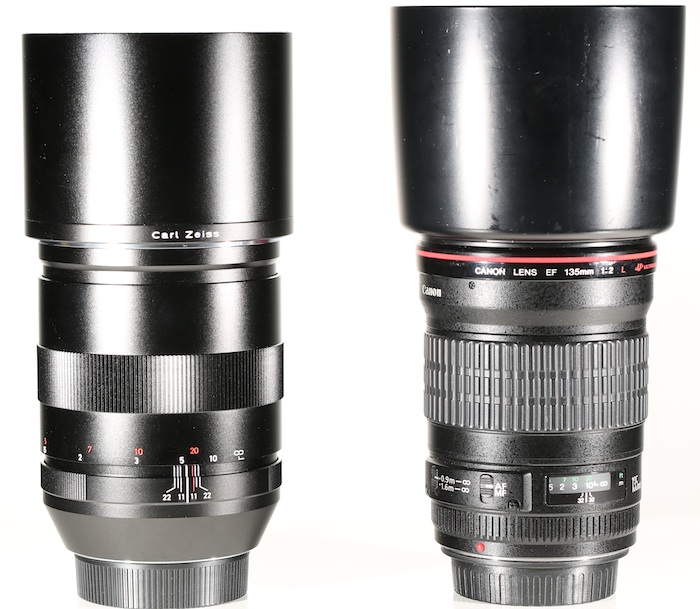 We had 8 copies of the ZE 135mm f/2 to test today — not enough to give absolute limits of variation but enough to at least give us a good suggestion. I’ve shown the Imatest MTF 50 results (in Line Pairs / Image Height on a Canon 5D Mk II) at f/2.0 below. As you can see this is a nice, tight grouping of results.

Compared to the average (mean) MTF50 values for the Canon 135mm f/2L, the Zeiss is better wide open across the frame, as shown in the table below. That’s very impressive as the Canon is one of the sharpest lenses around.

As we stop the aperture down, though, the Canon catches up quite quickly. As shown in the graph below, the Zeiss slowly sharpens up steradily through f/5.6 on the Canon 5D II, with the corners reaching their maximum at f/8. 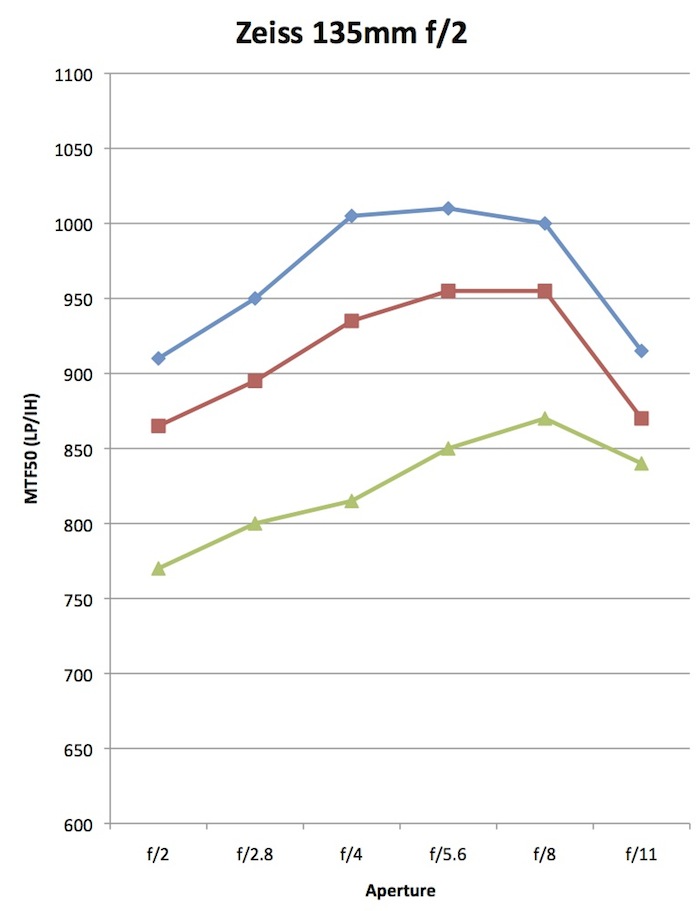 The Canon lens peaks at around the same aperture, but resolution increases to a greater degree as we stop down. By f/5.6 the lenses are virtually equal in resolution. 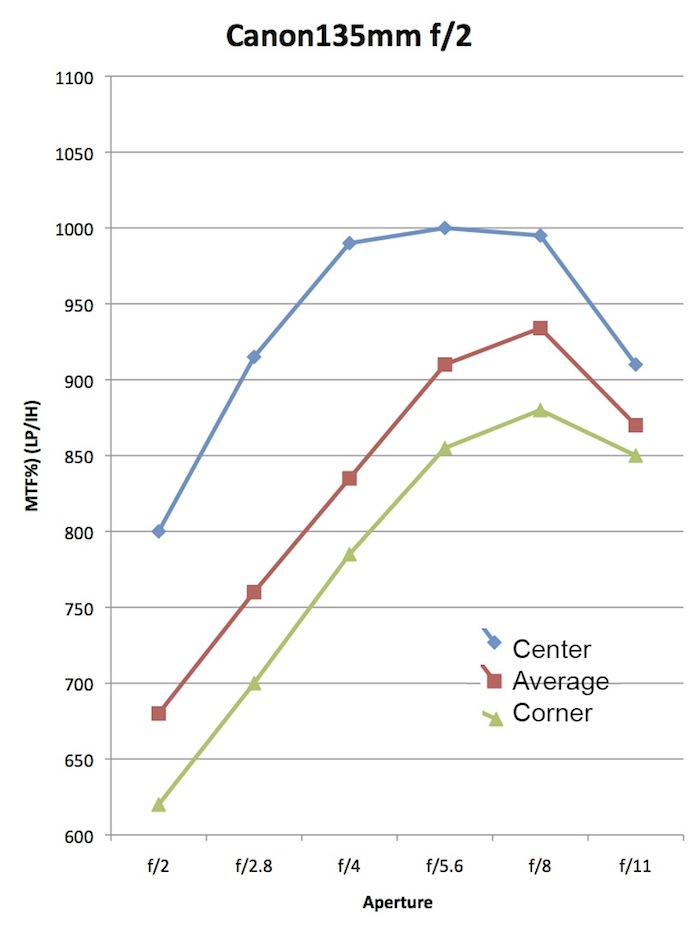 The Zeiss 135mm f/2 APO-Sonnar is a superb lens. It has one of the highest resolutions we’ve tested overall and the corners are amazingly good, even wide open. You definitely pay for what you get, though. The Canon 135mm f/2 is a superb lens and while it doesn’t have quite the resolution as the Zeiss wide open, it is less than half the price and autofocuses. (The 135mm f/2 is always on my list of the best value lenses available.)

Possibly in reaction to the Zeiss 135mm hitting the streets, a very widespread rumor has appeared that Sigma will announce a 135mm f/1.8 OS Art Series lens later this year. That’s exciting, but the key word here are ‘rumored’ and ‘announce’. While Sigma is generally fairly quick from announcement to release, that still sounds like a lens that won’t be available until the end of 2013 or early 2014. Assuming the rumors are true.

For video shooters, particularly, this lens is going to be a superb tool. Photographers wanting the very best will be interested, too. The optics are as good as it gets.