Of course, being a photo guy who loves shooting at 135mm, I can’t wait to get my hands on the photo version of the new Zeiss 135mm lens. I don’t have that yet, but we did get the CP.2 Cine version of the lens, the Zeiss CP.2 135mm T2.1  in today. In addition to making our video shooters all drool, the CP.2 gave us a nice preview of the coming photo lenses.

It looks nice and hefty sitting next to a Canon 135mm f/2. 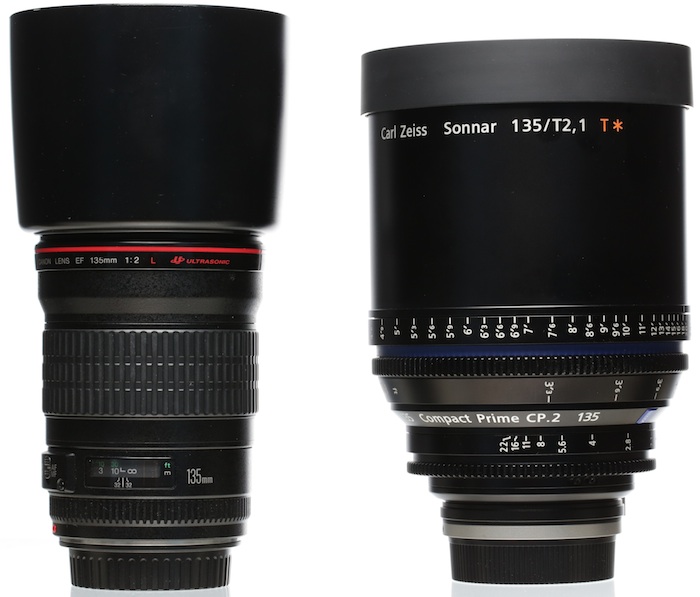 It looks much better mounted to a Canon 5D Mk III in my hands, don’t you think? 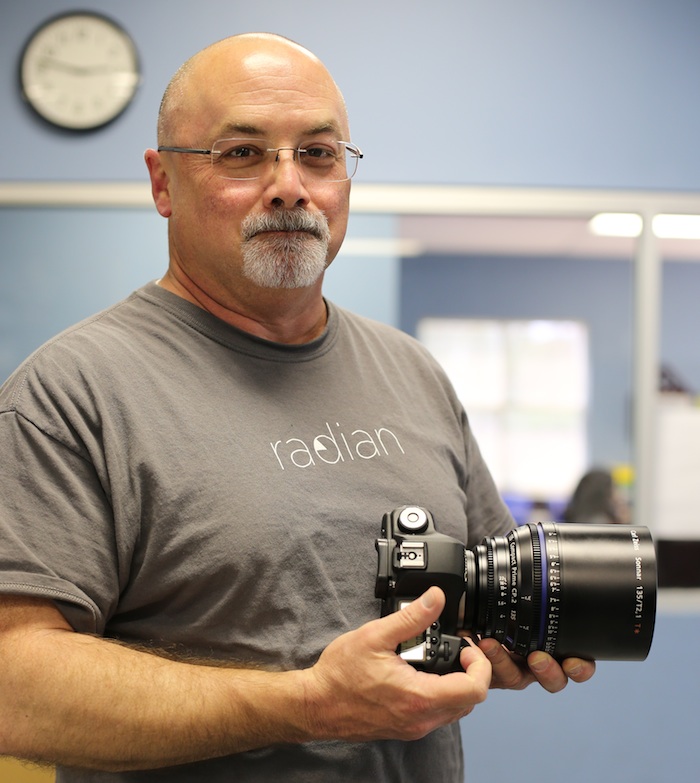 We tested on the Canon 5D Mk II so we could directly compare it to one of my favorite lenses, the Canon 135mm f/2.0. The Canon is one of the sharpest lenses at f/2.0 we’ve tested. Below are the Imatest MTF50 results at the center, averaged at 13 points over the front surface of the lens, and the average of the 4 corners.

Long live the new King! The new Zeiss 135mm T2.1 CP.2 (and the hopefully soon to be available ZE and ZF f/2.0) have some pretty amazing numbers. Particularly in the corners. We’ve never had anything do better at this aperture.

I don’t have any nice pictures for you, but there are several people who have gotten copies already and have posted some impressive images. Here are a few links but there are lots more:

Pretty impressive stuff. It’s priced at $2,200. That’s going to make for a tough decision for Canon shooters with the excellent Canon 135mm f/2.0 lens available at less than half that price. I don’t think anyone will ever complain about the Zeiss image quality, though. It’s spectacular.