Prices were an ‘affordable’ $10,000 or so (and remember that was in 1995 dollars). You got a bit more than 1-megapixel for that money. But it was a self contained, battery powered unit that saved images in the camera for later display or printing from your computer.

The truth is, the chips, storage, and other technology was in no way ready to produce what we would consider a reasonable camera. But several manufacturers, using some brilliant innovation, made usable cameras anyway. They actually were used, too, and had some definite advantages over film, although resolution certainly wasn’t one of them. A newspaper photographer could take a picture and transfer it (albeit slowly) via modem. That was much quicker than developing and scanning film and made the difference between making tomorrow morning’s paper or not making it. And even a 1-megapixel image was sufficient for a two-column-wide newsprint photo.

I got very lucky the other day and was able to buy one of these amazing 1995 vintage cameras for a very reasonable price. Much to my surprise (and probably the seller’s, too) we’ve even been able to get it working. So without further ado, I’d like to introduce my newest old camera: A Minolta RD 175 SLR. 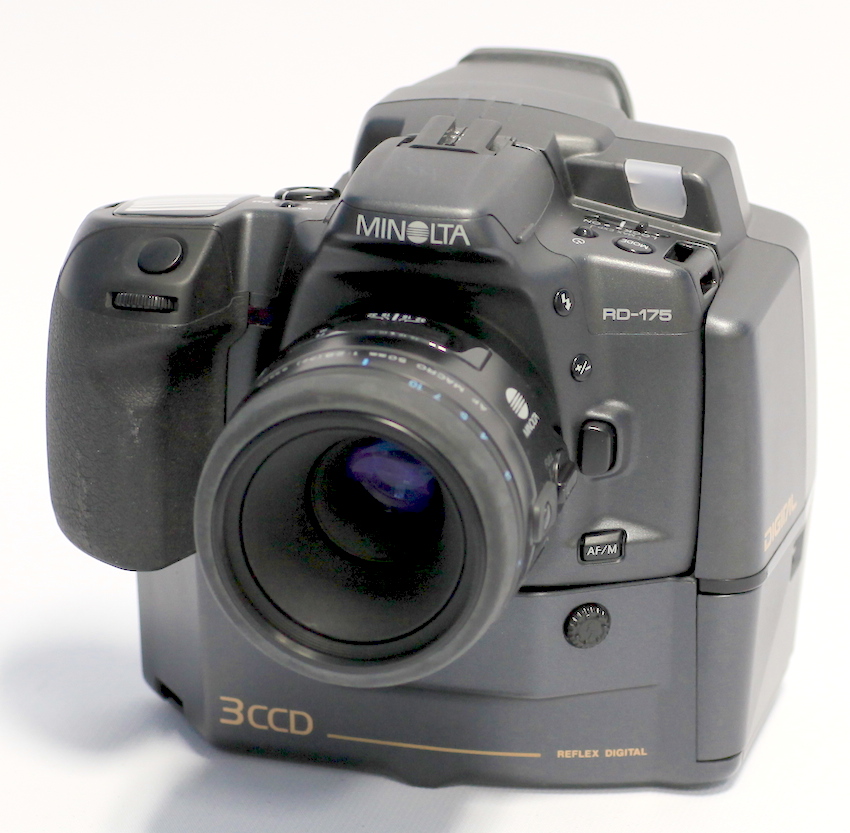 It doesn’t look 20 years old, does it? Nikon and Canon released their DCS series cameras about the same time, using a Kodak sensor and back mated to their bodies, but ergonomically the Minolta was much more attractive and easier to handle. 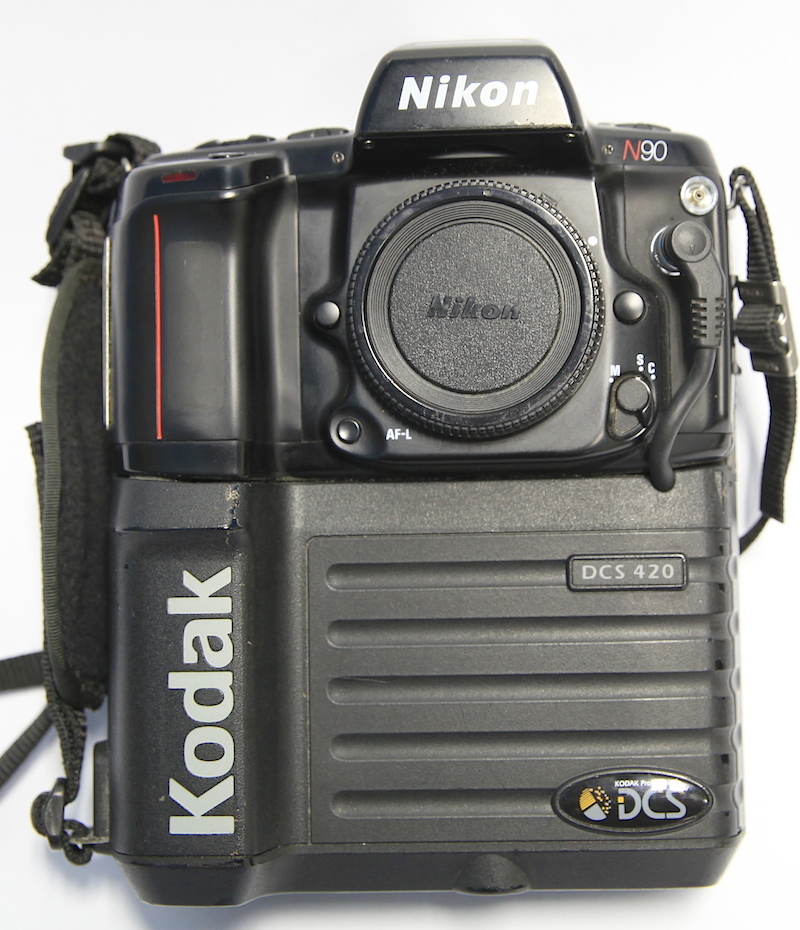 Notice the proud “3CCD” badge at the bottom of the Minolta camera. Full-frame sized imaging chips didn’t exist back in 1995. Even small imaging chips with 1.3 megapixels of resolution were incredibly expensive. Minolta’s solution was simply brilliant. The used 3 small camcorder chips, each 6.4 X 4.8mm in size and resolving 0.4 megapixels.

Relay optics at the back of the mirror box reduced the image. A prism in the camera split the incoming light, sending green light to two of the chips, while the third chip handled red and blue light (in stripes, rather than today’s Bayer-type array). The input from the three chips was then interprolated into a 1.75-megapixel raw image in-camera.

The three-chip-and-a-prism assembly was smaller and made the camera’s ergonomics better. It was also less expensive than the ‘huge’ (9.2 x 13.8 mm) single chip used in the DCS cameras and had an arguably higher resolution. (It was 1.75-megapixels, but that was the final interpolated image, as opposed to the 1.5-megapixel straight-up images from the DCS. I guess the 1995 Fanboys argued the point, sort of like today’s Foveon versus Bayer array megapixel arguments.)

There were some downsides, of course. The RD 175 offered any ISO you wanted, as long as it was ISO 800. It would shoot at any aperture, too, as long as it wasn’t wider than f/6.7. Still, for a brief time, this was arguably the best digital SLR money could buy. In fact, it was the first Digital SLR to be used for stop motion animation. The PC game “The Neverhood” was shot entirely, frame-by-frame, on RD 175 cameras.

The RD 175 looks and feels surprisingly modern, basically like a rather large SLR. 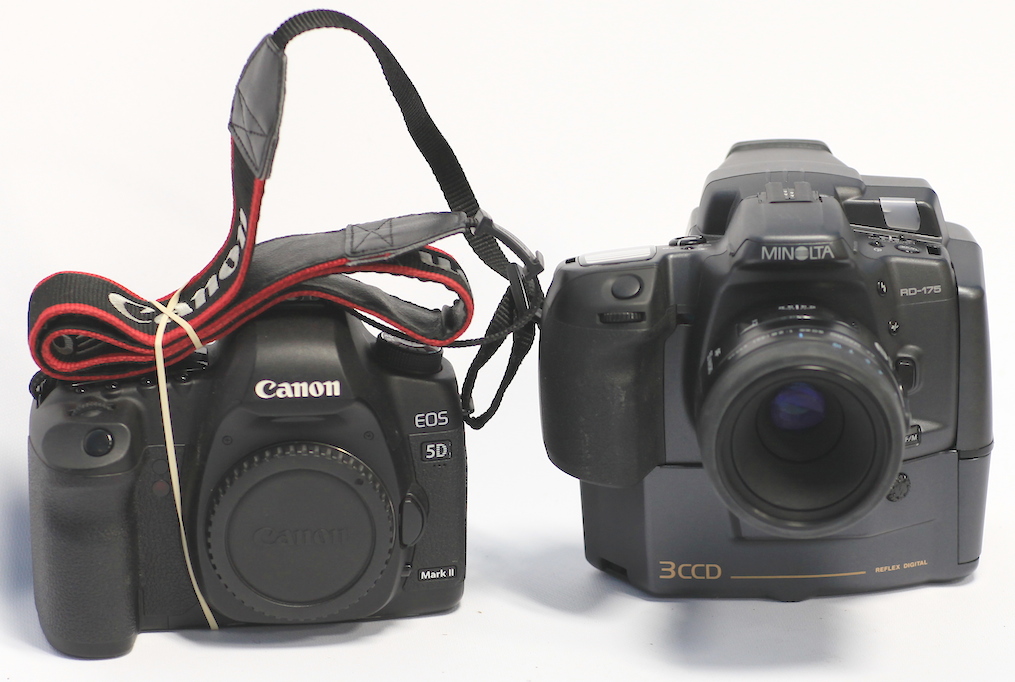 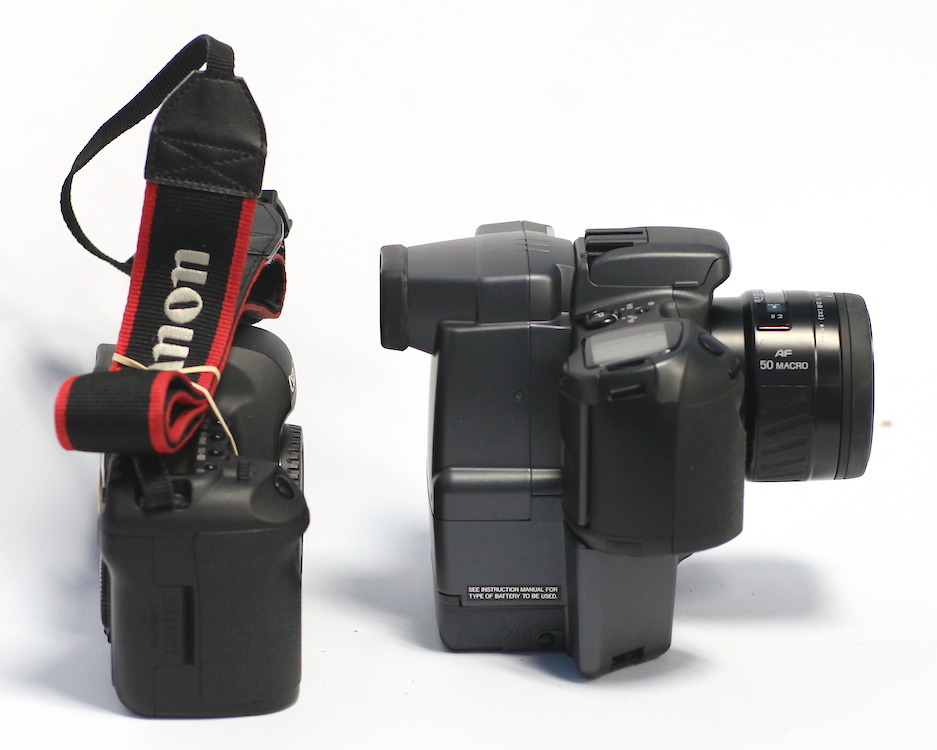 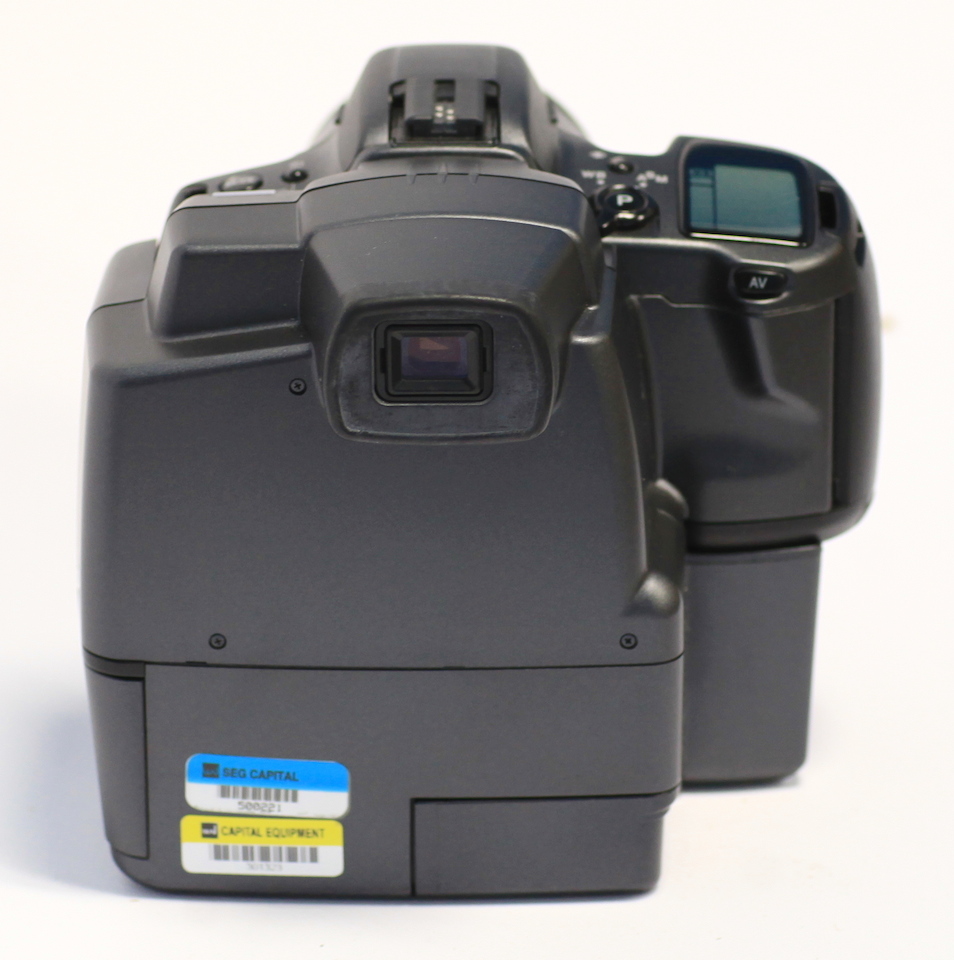 Although the complete lack of an LCD viewfinder takes some getting used to. Image credit Roger Cicala

The camera uses two separate batteries: a disposable to power the body and a rechargeable one that powers the electronics and memory. Speaking of memory, these cameras don’t use cards; they use small PCMCIA hard drives. There was one in the camera when we got it – a whopping 131 Mb (0.13Gb in modern terms).

Since the camera’s electronic output is SCSI 1 through a cable as thick as my finger, it didn’t seem likely we’d be able to get it talking directly to a computer. (In theory I think we could do a SCS1 to SCS 2 adapter, to SATA, to USB, but the chance of drivers actually working seemed unlikely). However we were able to find a PCMCIA to USB card reader. It required a bit of high-tech modification (sawing a big hole in the front to enlarge the entrance slot), but we were able to get it to accept the card.

Rather to our shock the 20-year-old hard drive still worked and contained several dozen raw images. Even after we got the files downloaded, getting the old .mcd format converted to something we could see took some experimenting, but GraphicConverter 9.0 saved the day.

The rest of the camera worked, too — quite well, in fact. The autofocus system (single center point) is quite accurate, although it takes a good half-second or so to lock into focus.  Writing an image to the hard drive takes another 2 seconds or so, and then the camera is ready for more not-so-fast-action shooting.

So here, in 50% sized jpg glory, are the kind of images you would have taken if you were a well-to-do photographer with cutting edge digital gear, circa 1995. They aren’t half bad, actually. 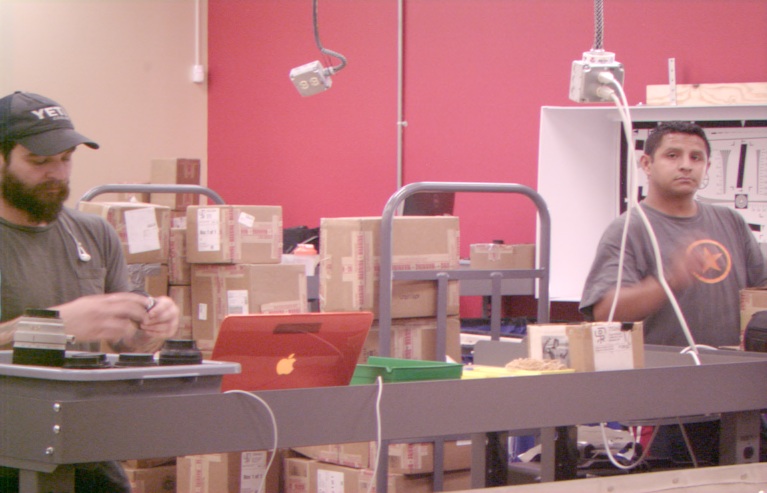 A couple of guys unpacking in the workroom. The f/6.7 exposure times are leisurely. Their hands aren’t blurred because they’re working that fast. Also note the false-color on the laptop  – it’s actually shiny silver, not red. Unfortunately, the wall color is accurate. Don’t ask me why we have one red wall. Roger Cicala 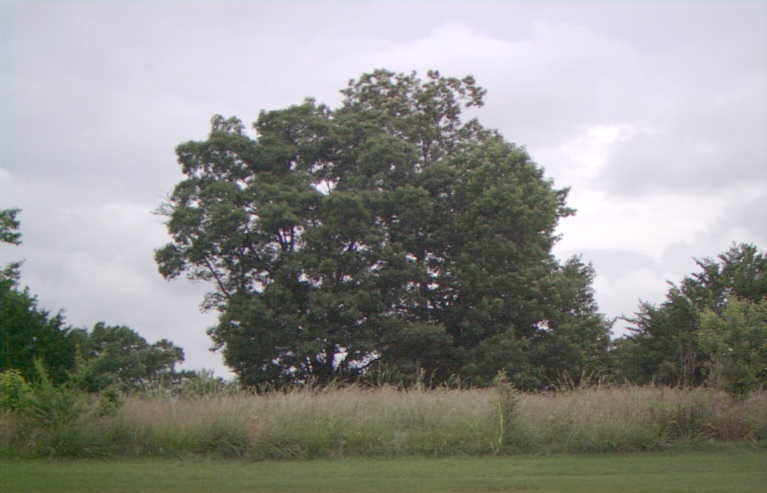 The park behind the Lensrentals office. Detail isn’t phenomenal, but I’m impressed with how the autoexposure nailed this backlit shot. I have some modern cameras that don’t always do that well. The dynamic range is better than I would have expected, too. 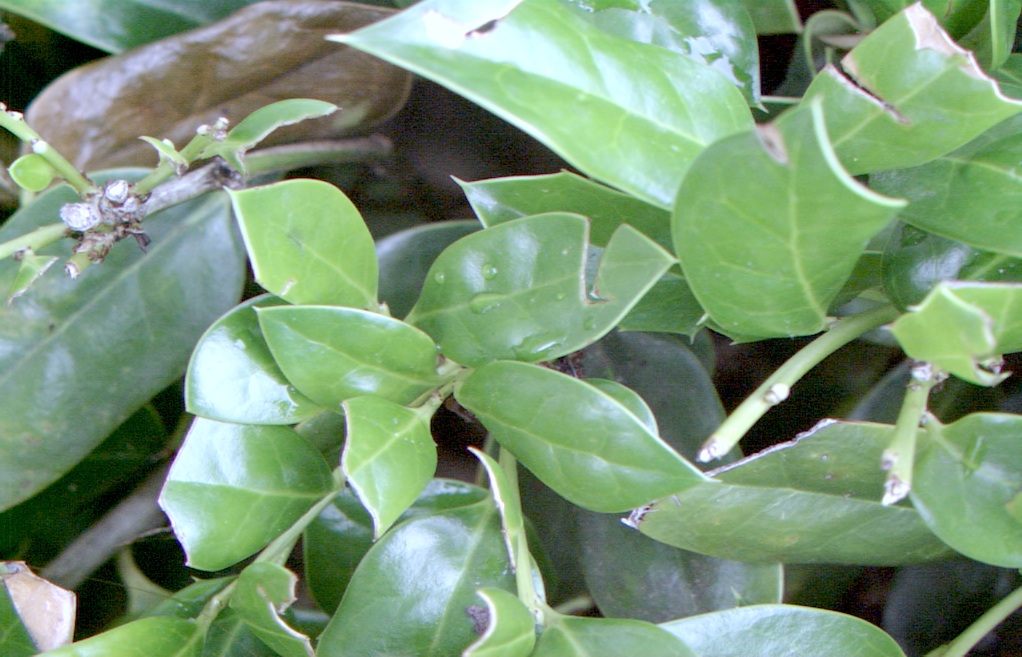 Making the most of those 1.75 megapixels to do a little macro shooting with the 50mm f/6.7 macro lens. Again, I’m mostly impressed, although even at 50% size you can make out a bit of noise.  Image credit Roger Cicala 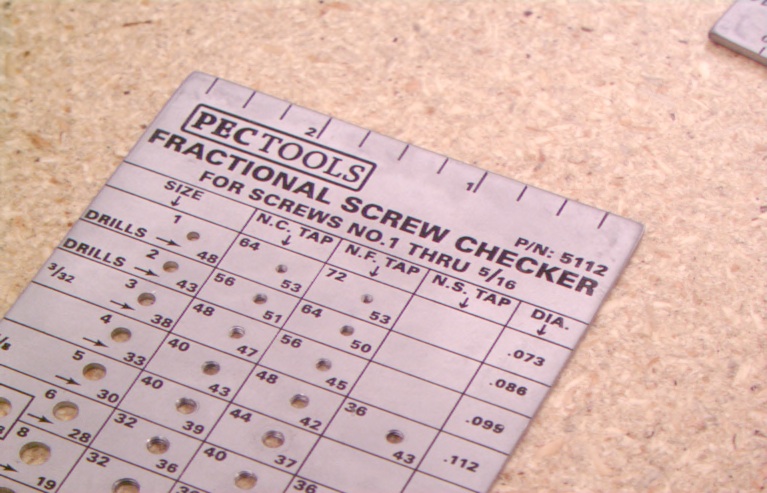 Even a true macro shot has nice detail. Come on, confess: when I told you it was 1.75 megapixels you weren’t expecting this much detail, were you? Image credit Roger Cicala

Other than showing some pictures, I have nothing profound to say here. It is fun to be able to use one of the first digital SLRs ever made. I was really surprised that it worked at all, and after looking at the images, for the first time I can understand why people (or more likely corporations) were willing to pay huge money for a camera like this in 1995.

And I have to admit, as a person who sometimes wonders out loud if my camera, which ‘only’ has 24 megapixels, is really adequate for my needs, that these 1.75 megapixel images were a bit of an eye opener.

One last note: I don’t post people’s pictures without permission, but I’d like to mention that the memory card came with several images on it, apparently advertising pictures of two gentleman and a young lady. Her computer monitor says the Watkins-Johnson Company and they were taken, if my judgement of their laptops date is correct, about 1997 or 1998. Just on the off chance someone might want those images, I thought I’d mention it.

Tweet
Posted in History of Photography
Comparing Rangefinder and SLR 50mm Lenses. (Version 0.7)
The Glass in the Path: Sensor Stacks and Adapted Lenses