Or, What I Did Over Winter Slow Season

Those of you who read my blog regularly know I’m not a huge fan of sameness. But new lens releases, lately, have tended to have a lot of sameness. Don’t get me wrong, there have been some excellent lenses released; marked improvements and refinements have taken place. Other than (arguably) the Canon 11-24 f/4 lens, though, there haven’t been a whole lot of exciting new designs that aren’t like anything else on the market.

Most of you also know that I’m friends and coworkers with Brian Caldwell (the man who designed the Coastal Optics 60mm Macro, Metabones Speedboosters, and a number of other great optics) and Aaron “The Lens Whisperer” Closz, who I’m certain is the best person in the U.S.  at optically adjusting lenses.

Next we needed a catchy name. With Caldwell, Closz, and Cicala being the founders, the name was obvious: C-4 Precision Optics. Why C-4 you ask? Well, there are several versions of that. It could be because there was a lot of beer being consumed at lunch and our counting skills had deteriorated. Or it might be that there’s a silent 4th partner (there is, actually, but her name doesn’t start with a C). Or perhaps we feared that C-3 would lead to a bunch of Star Wars jokes. No wait, I just realized that my name has two C’s in it, so that’s 4 C’s total.

Plus we liked the whole explosives tie-in. The only things cooler than optics are explosives. Unless we had some exploding optics or were making optical explosives or something. So we got a cool logo made, and opened up shop. Then we dropped the cool logo because Brian hated it, and well, it’s hard to have a lens designing company without a lens designer.

You Want to Hear About What’s Coming? Sure You Do

After the initial meeting, we all did what we do best. Aaron and I had some time to kill, so we got a bunch of lens elements from the bins of used elements we keep around here, 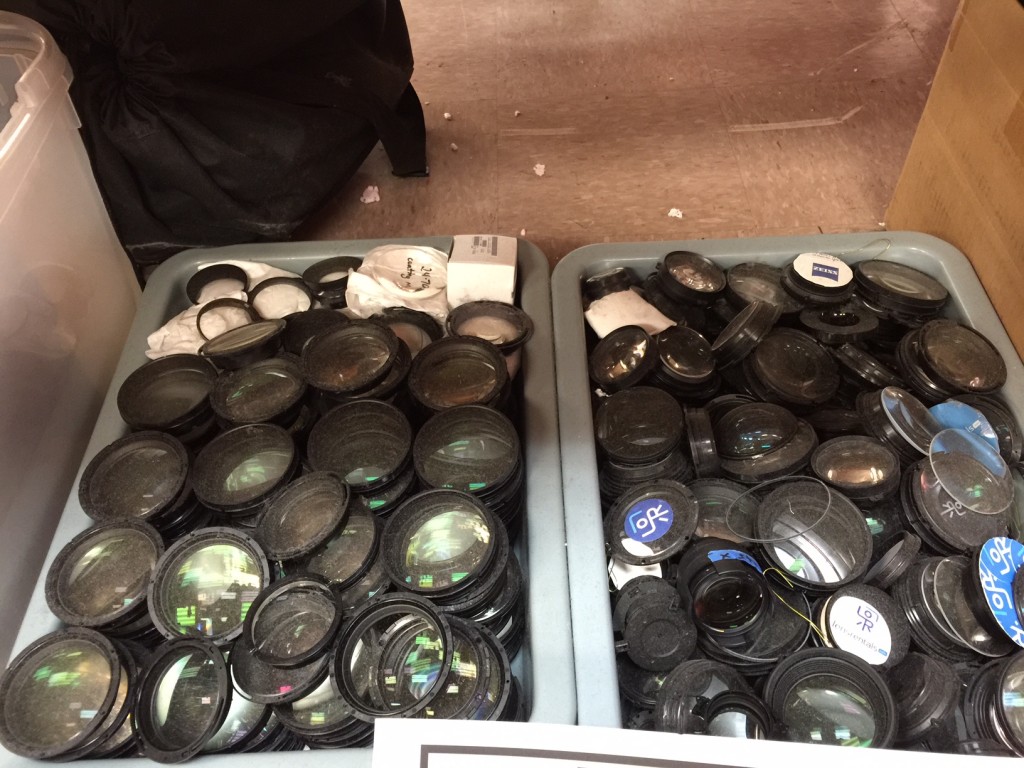 found some cardboard shipping tubes, and used trial and error to try making some lenses. We didn’t really have much success, although I did end up with a nice kaleidoscope. 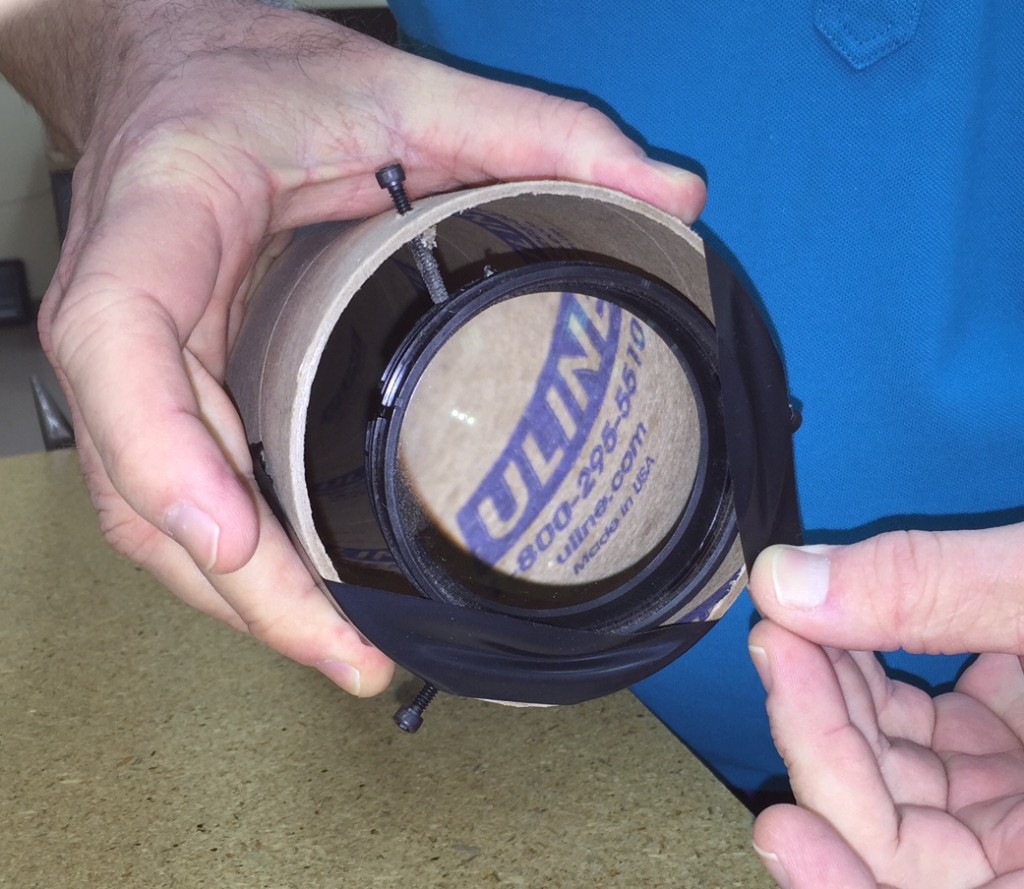 Brian got out his fancy computer programs and such and did what he does; certainly making him worth the exorbitant salary C-4 pays him. (OK, we don’t really pay him anything, but we let him play with our MTF bench when he’s in town. That’s better than money, right? Right! At least that’s what I told Brian.)

Brian focused (pun ever so intended) on designing lenses for m4/3 and mirrorless systems. Why? Maybe because Canon and Nikon already have lots of lenses. Or because mirrorless is the wave of the future. Or because that’s the default setting on his computer. In other words, I don’t know why. He just did, OK?

To be honest, I try not to ask Brian a lot of questions unless he’s been drinking beer. When he’s sober his answers usually sound like 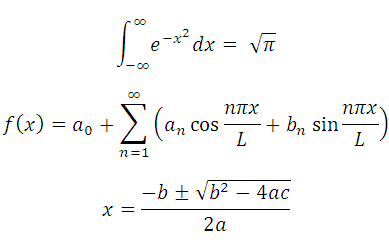 which I generally don’t find very helpful, unless you define helpful as “making me feel pretty stupid.” So anyway, the designs Aaron and I arrived at aren’t quite ready for production. Brian did a little better, and I’ll show you the first three designs C-4 Precision Optics plans to pursue.

The Mark of the Beast

This will be a manual focus lens available in a Cinema housing. It will be rather large for a micro 4/3 lens, with a 4.5″ front element and a length of roughly 6 inches. Still, the ability to shoot at f/0.67 will make the size irrelevant for a lot of photographers, and cinematographers won’t find it any larger than other Cine lenses. 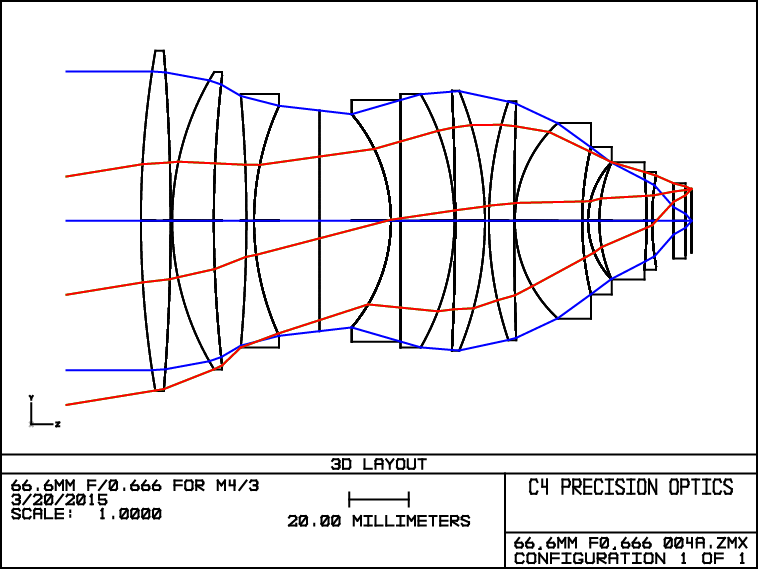 The design uses six High Refractive Index elements. It actually incorporates the same principles used in Speedbooster optics, so despite the very wide aperture, aberrations are minimized, even when using the lens wide open.

This lens will make you want to buy an A7 series camera if you don’t already have one. Our second design is a 150mm f/1.0 lens. Because of its short back focus distance, it’s for mirrorless cameras only, but will cover a full-frame sensor. Again, it’s manual focus only, but with the A7’s focus-peaking filters, manual focus is a breeze. 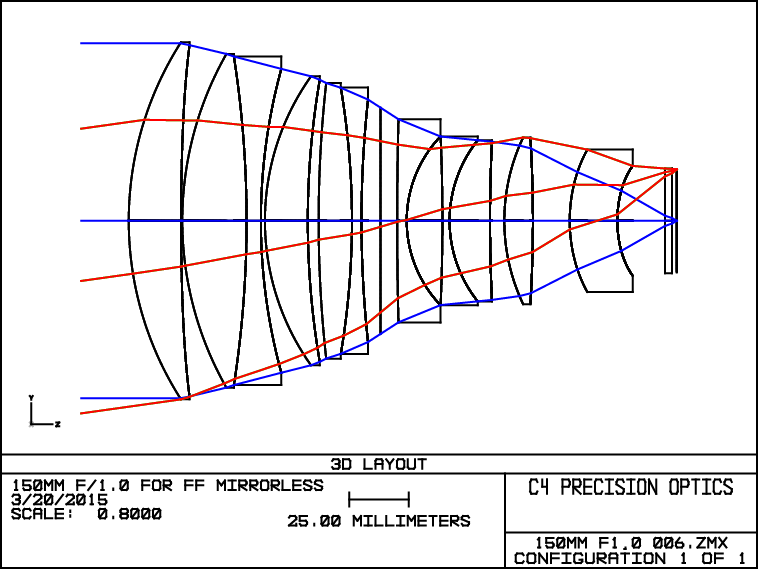 AKA The Light Bender, this is another lens that covers a full-frame mirrorless sensor. It will also make that little girly-man 15mm thing you call a fisheye lens cower in fear and shame. This, my friends, is The Mother of all Fisheye Lenses. It’s a 4.9mm f/3.5 Fisheye that has a 270-degree angle of view. That’s correct. 270 degrees. 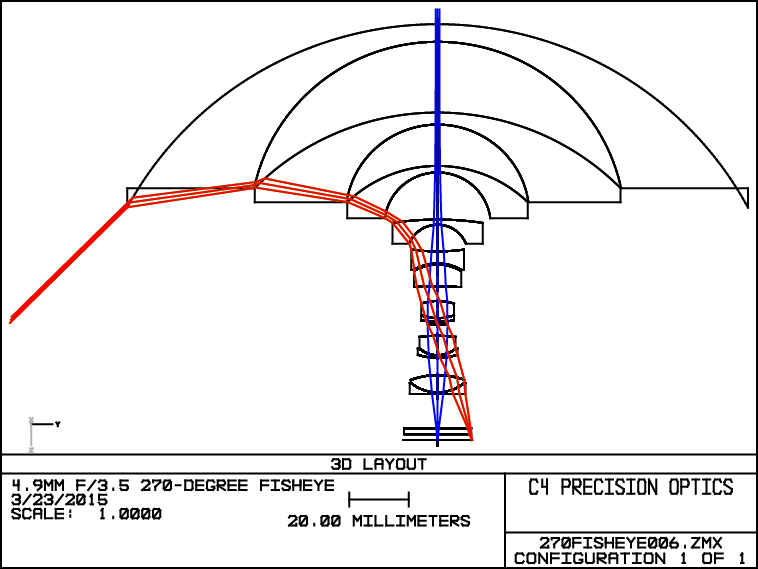 That means this lens not only shows everything from one side to the other (for the mathematically challenged among you, that would be 180 degrees), it actually shows stuff that’s behind you. Like this. (OK, it’s an awful drawing, but the camera would be the white box, the lens is the blue thing and the 270-degree field of view is in black. We actually have to design the housing to make sure the lens is forward enough to not catch the camera body in the field of view. 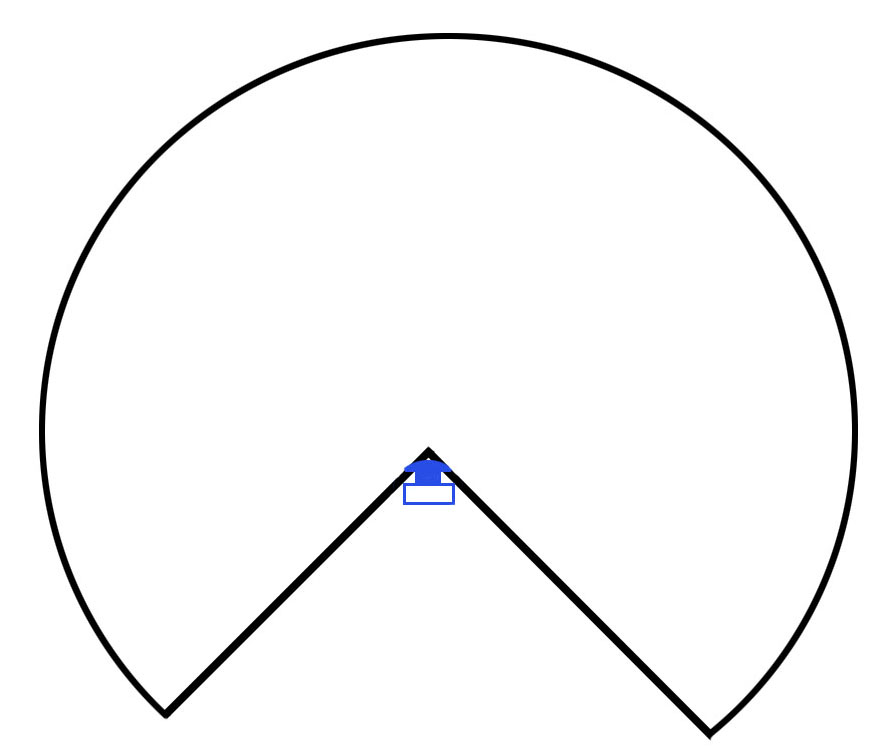 Making a lens this wide without horrible color fringing is quite a challenge, requiring five ED elements and some other special glass types. And I should probably mention the front element is 8.2 inches in diameter, so it can double as a shield or a small dinner plate.

Who is going to want this? I don’t know, but the possibilities are endless. Aim it straight up to the ceiling and you’ll see all the walls, doors, and windows in the room (not to mention a fair amount of the floor). Put two of them back-to-back and capture a panorama of everything, with lots of overlap, too. Face them towards each other and – never mind; as Egon Spengler taught us all, “Don’t cross the streams. It would be bad.”

And don’t think we haven’t noticed that copies of the Nikon 6mm f/2.8 fisheye lens have sold for over $30,000 and they’re 30 years old. Even though our lens will be much wider than a measly 6mm, we promise to bring it in well under that price point. So if you own one of those classics, my friends, sell it now while there’s still a market. Because C-4 is going to blow that market up, mark my words. 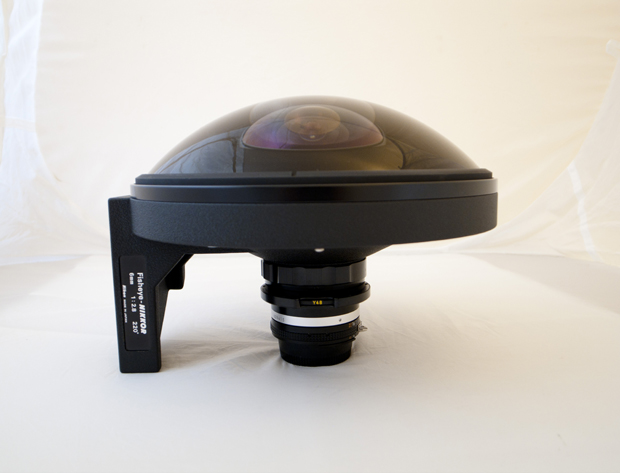 When Will They Be Here?

Patience, my friends, patience. The optical designs are done, but mechanical housing designs and tolerancing is just beginning. Prototypes have to be made and tested before actual manufacturing can begin. Funding is also an issue, and we may have to crowdsource funding for actual production after the prototypes are made.

But they will be made, they will be assembled and tested in the U. S., and optically they will be the most accurately toleranced lenses on the market. And we expect to have at least one of them available before the end of this calendar year.

A lot of truth is said in jest. Eminem

In a time of universal deceit – telling the truth is a revolutionary act.  George Orwell