First Impressions of the Canon XC10

Over the July 4th weekend, I had the chance to mess around with the new 4k capable Canon XC10.  The feature heavy system packed into a smaller form factor had many videographers intrigued, Here are the first few shots along with some quick first impressions.  (All shots were captured hand-held in c-log with a cloudy white balance.  I tried to keep the color and contrast work to a minimum.  Also, just to note, Canon’s XF-AVC codec is not yet supported by Final Cut X, which I originally tried. I tried converting the footage first using Handbrake but the results looked like crap.  I ended up doing everything in Adobe Premier.)

First off, the good. The form factor is very nice, it actually looks like a miniature Canon C100. The handgrip fit comfortably in my hands and rotates to accommodate various shooting situations. The dynamic range was also very impressive. The ISO performance was nice until I reached 10,000, as you will see above in the video, once it hits 10,000 it is almost completely unusable. The Image Stabilization did an excellent job as well, the entire video did not have any stabilization done in post, and all of the shots are handheld utilizing the internal IS and digital stabilization in conjunction. The battery life was also excellent, easily shooting throughout the day with any disruptions or problems.  I’m guessing I could have got 2hrs worth of mixed use shooting out of one LP-E6n battery.  Not bad at all. 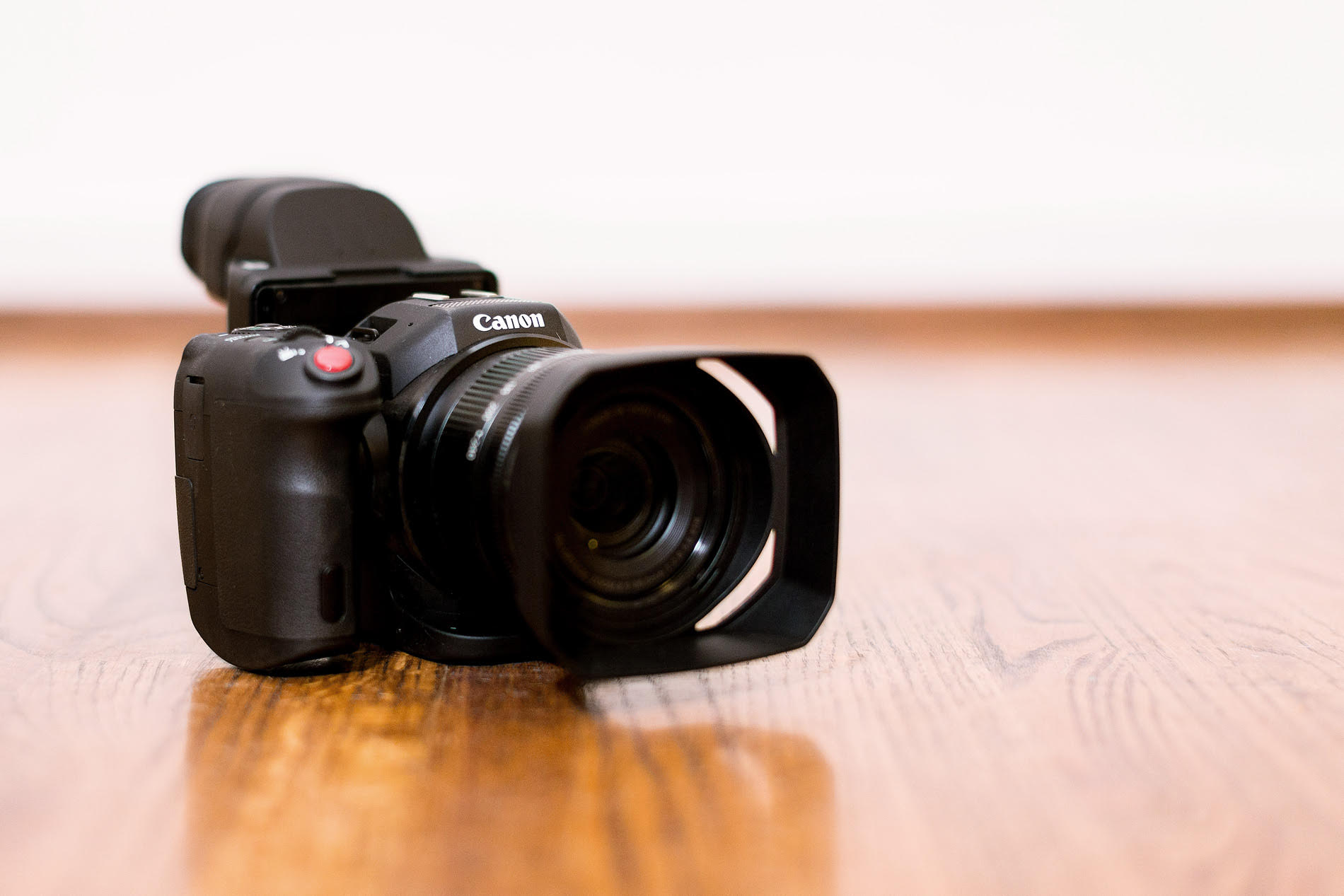 Sadly, however, this is not the perfect camera and comes with its own set of problems. The glaringly obvious is the fixed lens. With a 27-270mm f/2.8-f/5.6, the Canon XC10 lacks a lot of common features (such as fixed aperture) that videographers have come to expect with video cameras. That immediately disqualifies it from most professional applications in my opinion. There is also many menu and customization options that are lacking from this camera. It would be very nice to have the ability to adjust the sensitivity of the peaking. Also, changing the ISO is incredibly difficult, which is a shame because I kept having to change the ISO because of the variable aperture. I wish there was a designated ISO button. Like I mentioned earlier, ISO 10,000 and above is unusable unlike the C100 which I don’t mind pushing that far at all.

One last note regarding the focus abilities.  I don’t feel like the focusing speed matches the shooting style that this camera would work best for.  With its small form factor, fixed lens, decent dynamic range, and ISO performance, it would work really well as a “run ’n gun” style camera.    Some people need to travel light, get in, get the shot, and get out.  Everything about the focusing system in the XC10 seemed slow. Not inaccurate, just slow. The continuous autofocus is pleasant and smooth but if you’re in a rush, it might annoy you.  Same thing with manual focus, the throw just seems too long to be functional in a fast paced environment.

As a reminder, this is just one man’s first impressions, but if you’re looking for an all in one system and are coming from maybe a Canon XF100 or similar, this is certainly an upgrade and a lot of fun.  But if you are looking for a small, complementary camera for your Canon C300, look elsewhere, as the Canon XC10 has some shortfalls for the professional videographer.