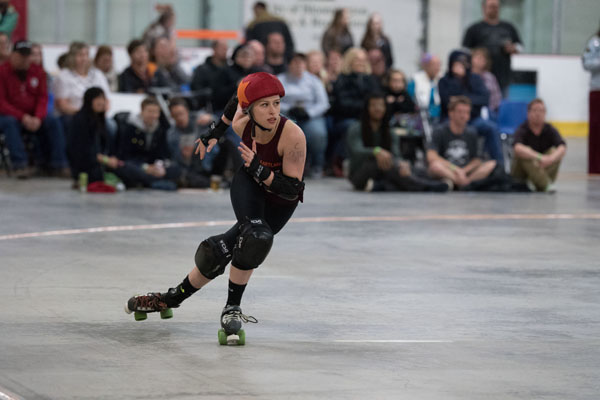 The weekend before last, I had quite a trip planned for my birthday. I was going camping at Mammoth Cave, with a side trip to see some friends play roller derby in Bloomington, IN. I had originally planned to bring only my Mamiya Universal and some instant film for a personal project I’m working on, but with the new Nikon D5 available, I figured I’d have a good chance to really push the camera. The Nikon D5 is aimed right at sports shooters, and I can’t think of any sport more demanding on a photographer than roller derby (I’m very biased on this point). I wanted to see if the new AF features and low light capability would make things any easier for me shooting the sport I love so much. And I thought that the caves would really let me push the low light ability to its limits.

The camera itself is Nikon’s latest flagship, with the build quality we’ve come to expect from their top level series. It replaces the now aging Nikon D4s with lots of tweaks and upgrades. Without getting too technical, there’s a new AF system with more focus points, greater detection range, and auto AF Fine-Tune, a higher resolution sensor, a wider ISO range, improved metering, higher burst rate, bigger buffer, dual XQD slots (we won’t be carrying the CF version here at Lensrentals, but it’s an option if you’re looking to buy), a higher resolution LCD screen that’s also a touchscreen, more efficient use of the EN-EL18a battery, 4k video capabilities (kinda), and some minor button changes which make some more commonly used features more prominent than on previous bodies.

In the hands, it feels basically the same as the Nikon D4s, so there’s not too much to get used to if you’re looking for an upgrade. It’s still a big, kind of bulky camera, but if sports or wildlife photography is your business, this is just part of the game. The mode button has moved to the other side of the camera, and there’s and ISO button in its place. And there are some new programmable function buttons. Everything is designed to make it a little easier to find the functions that are most used by this camera’s audience. Did you ever use the flash button on the Nikon D4s? No? Neither did most people, so it’s gone.

So how does it handle? Like a dream! Roller derby venues are notoriously poorly lit, and the action is fast, so with anything less than the best gear, it can be a real challenge to capture what’s going on on the track. For the Frank Southern arena in Bloomington, I was shooting at 1/1000, f/3.5, ISO 12800.

Normally I’d be using strobes or speed lights to augment the available light, which usually keeps me down to 1/250 and an ISO of 3200 or 6400. Or I’d be pushing things in post to get good exposures. With the Nikon D5, I didn’t have to worry about any of that. ISO 12800 is clean enough for most things, and I wouldn’t mind 8x10s printed from these files. They look cleaner than my images from WFTDA Champs in 2014, and WFTDA is still using some of those images in their branding and marketing. I shot those on the Nikon D4s and Nikon D750. 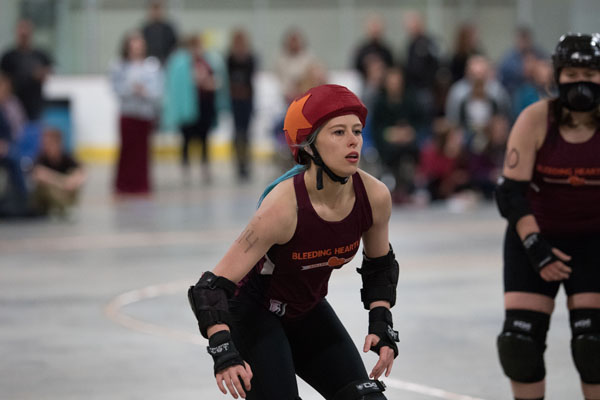 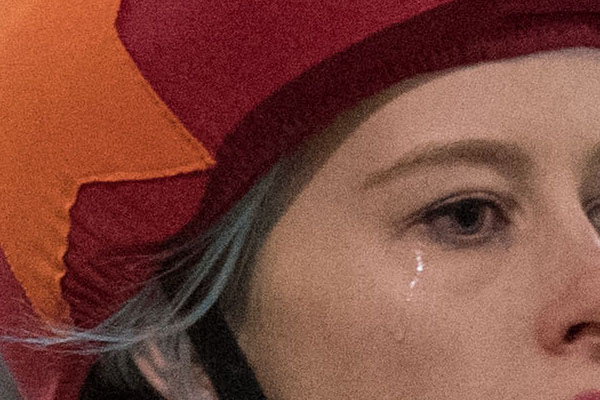 AF is also a definite improvement. Tracking skaters was a breeze, even with the slow focusing Nikon 58mm f/1.4G AF-S, which I used from the center track. The Nikon 200mm f/2G ED AF-S VR II is my absolute favorite sports lens, and on the Nikon D5, it really sings. 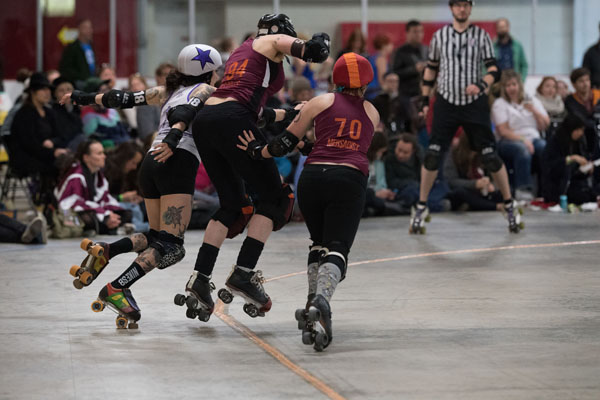 Even the Nikon 20mm f/1.8G ED AF-S locked focus fast on moving subjects. I always have troubles locking on skaters’ faces when they take their victory laps for the fans. Not this time! 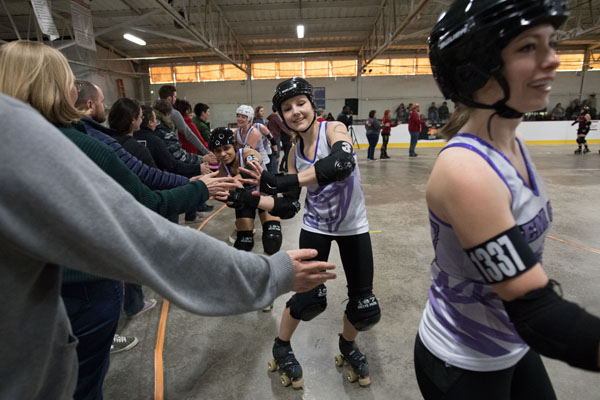 My keeper rate for in-focus images was much improved across the board. I preferred the standard dynamic-area modes, usually sticking with the 72 and 153 point options. I tried group-area AF as well, but I found that it liked to pick the wrong subject most of the time. I was better off selecting my own focus point and having the camera track around that. That seems to be the way it’s always been for me with Nikons. 12 frames a second with AF between each frame was great for getting sequences around the track, and AF kept up with each frame (at 14fps focus and exposure lock and the viewfinder blacks out, so it’s not for tracking). 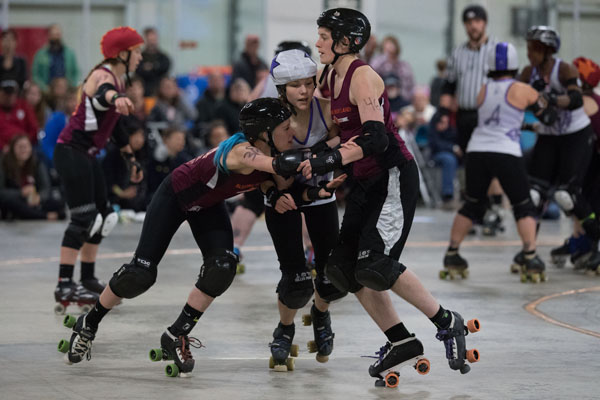 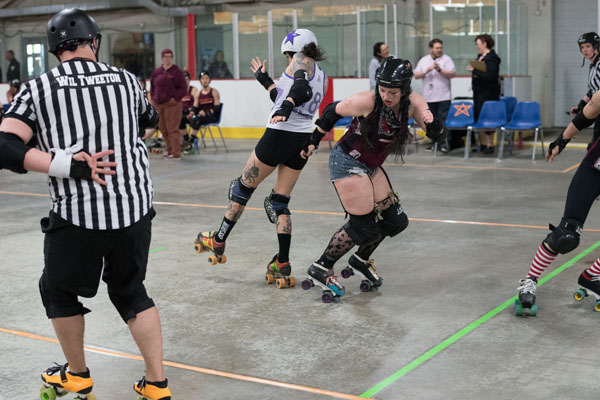 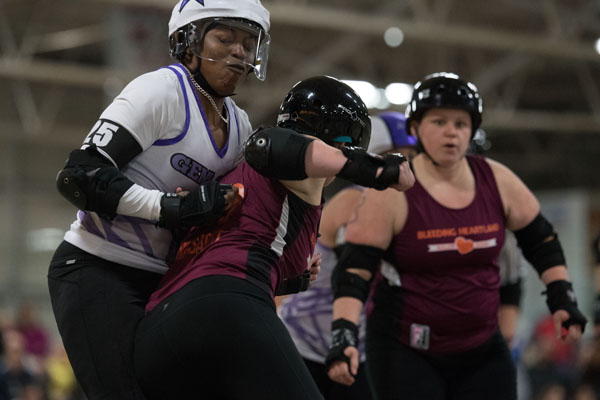 One amazing improvement that I almost didn’t notice is the automatic flicker compensation when shooting faster than 1/60. The fluorescent lighting at Frank Southern has always forced me to convert everything to B&W to compensate for the lights cycling. In color, I’d end up with frames that were half pink, half green, or half exposed properly and half dark. I didn’t have to do that with the Nikon D5, even at 1/1000. There’s no color shift or anything! It’s a derby miracle! I don’t have to worry about future games under sodium vapor or mercury vapor lights either. I can’t tell you how happy this makes me.

I didn’t really have to push the low light performance too much, even in Mammoth Cave. I mostly stuck to ISO 12800, using the Nikon 20mm f/1.8G. The results are still pretty great, though. 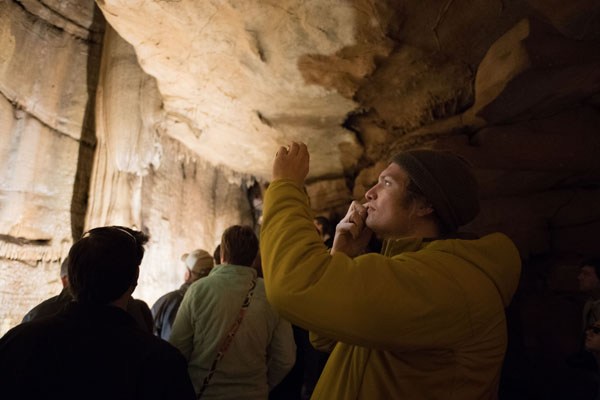 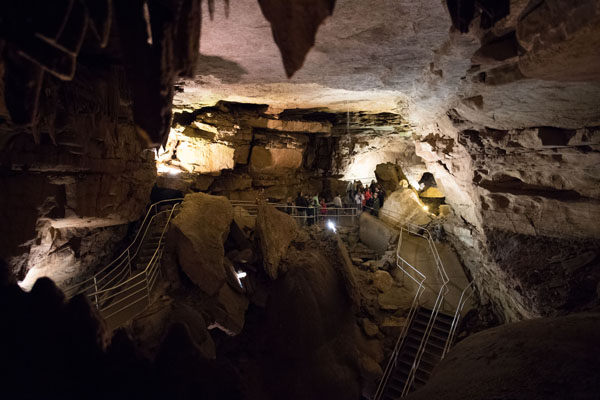 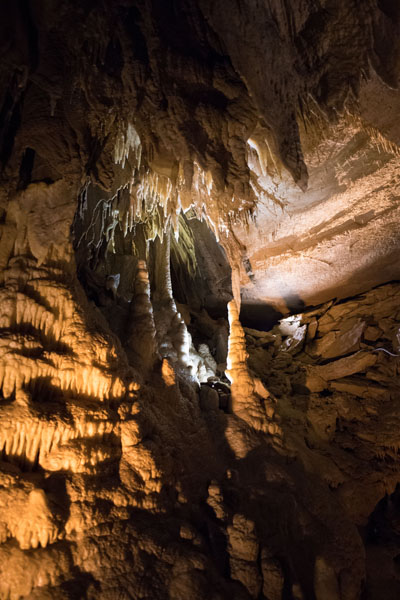 I did push it to 51200 for a couple of shots. There is always a stop on the cave tours where the guides turn out all the lights to show you how dark it really is down there. Then they take out a lighter and show you their “emergency light”. Locking focus in light that low wasn’t a problem for the Nikon D5. And noise levels at ISO 51200 are pretty spectacular for what they are. Would I push it farther? Probably, but only with careful exposure and post processing. For most purposes, though, I’d never need much beyond 12800. 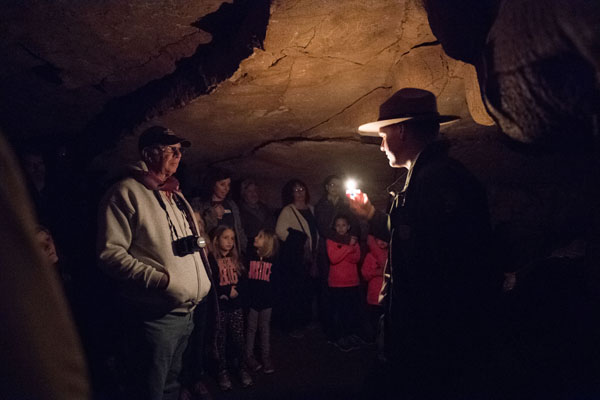 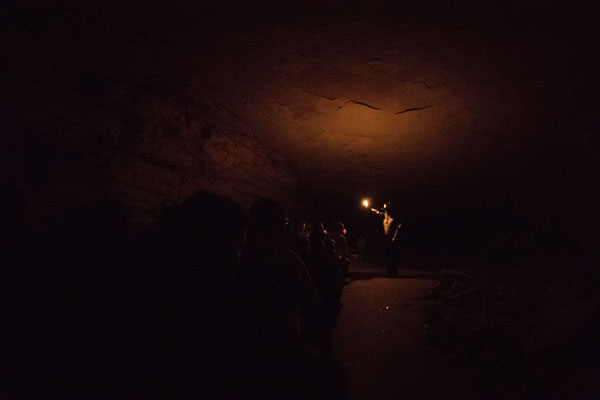 What Could Be Improved:

I think overall the Nikon D5 is a great camera for the people that need all the bells and whistles, namely pro sports photographers. At a retail price of $6500 this is not the camera for most people, but renting it for a weekend won’t break the bank. For all that money you’ll get marked improvements to AF, noise performance, resolution, and buffer/write speed. I forgot to mention that we did, in fact, test out the buffer on the D5, and I can confirm it’s true. At 12fps, you will get 200 images in the buffer before it fills up. And that’s in raw+jpeg. It’s quite a thing to behold. But you have to have the XQD version to do that. The only thing I didn’t really care about was the touch screen. Yes, it can be useful, but it’s not necessary. After the first couple hours of use, I just turned off the touch capabilities. I foresee myself using the Nikon D5 quite a bit in the coming months, at least until I get to test drive the Canon 1DX II. But that’ll be a blog post for another time.