“Help, I Can’t Open These Raw Files!”: What To Do When New Cameras are Released 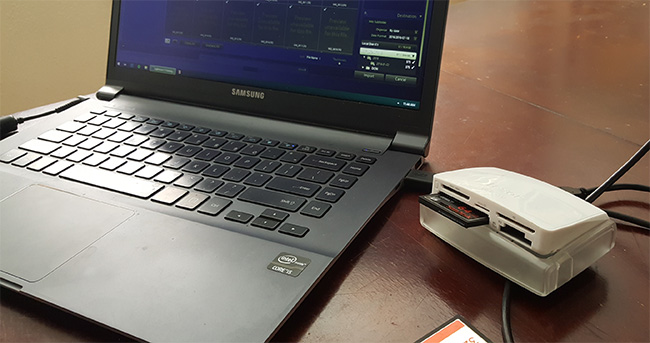 Every time a new camera is released, and usually, for a couple of months afterward, I get lots of calls and emails from customers asking why they can’t read the Raw files they just shot.

“They’re just CR2/NEF/ARW files that I should be able to open! Something is wrong with the camera you sent me.”

Rest assured; the camera is not broken. If you can see the files but can’t open, the camera is fine. I still haven’t figured out why yet, but every time a manufacturer releases a new camera, they keep the file extension the same but change how the raw data is interpreted. This means third parties like Adobe, PhaseOne, and Camera Bits (Photoshop/Lightroom, Capture One, and Photo Mechanic, respectively) have to reverse engineer those raw files for their software to be able to work with them. That process usually takes a week or so after initial release, but eventually, they issue software updates, and all is well.

Software costs money, and some of us don’t like to buy a new version when the old version still works perfectly fine. The problem is most companies will stop update support for older versions of their software (I’m looking at you, Adobe). Are you running Lightroom 3, 4, or 5? You’ll probably be left behind when the new Canon 5D Mk IV comes out. You’re already unsupported for the Canon 1DX MK II, Canon 5DS and Canon 5DSR, Canon 80D, and Canon T6i and Canon T6s, or for the Nikon crowd, the Nikon D5, Nikon D500, Nikon D7200, and Nikon D5500. Here’s a full list of cameras and supported version numbers for Adobe products. 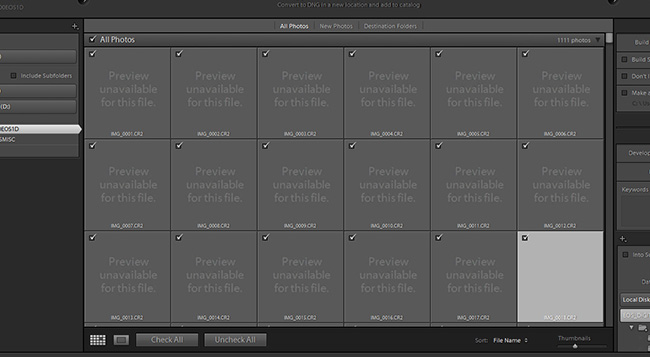 If you haven’t already jumped on the Creative Cloud bandwagon, and you want to hold on to your old versions of Photoshop and Lightroom (or Elements, if that’s your thing), there is still hope for you. You can download the latest version of the standalone, free Adobe DNG Converter for your Mac or PC:

DNG stands for “digital negative” and is an open raw image file format. It’s a generic version of CR2, NEF, ARW, etc. that can be read by a variety of software platforms without needing proprietary decoding. There are a handful of cameras out there that shoot straight to DNG, including Leica bodies and Pentax bodies. It would be a much easier photo editing world if more companies would adopt the DNG format, but alas, it is not so. There are also some caveats to converting to DNG, but that’s really beyond the scope of this article.

If you just want to get up and running with old Adobe software, this is the quickest and easiest way to do it. Get the DNG converter, convert your raw files to DNG, then open them in your old Lightroom. Voila!

If you’re on Capture One, everything I’ve just said won’t matter to you. You know what you’re doing, and you’re ahead of the curve. This isn’t a slight against Adobe users; there are just a lot more amateurs using Adobe products. Same goes for Photo Mechanic users. Just check for updates and you’re all set. If there’s no update yet, just wait a few more days.

There are a handful of stubborn Digital Photo Professional and Capture NX users out there that none of this applies to as well. Canon and Nikon give you updates all the time when their new stuff comes out, often before the cameras start shipping. And both apps are free! Googling “Canon Digital Photo Professional” or “Nikon Capture NX-D” will get you going pretty quickly. Since they’re proprietary pieces of software reading proprietary raw file formats, they’re going to give you the best raw conversion results (I guess that’s pretty subjective, but that’s also a discussion for another time).

Are you using GIMP, Affinity, or anything else? Sorry, I am no help to you. Best hit the forums or contact the developer.

Hopefully, all of this makes sense. The digital photo world is always changing and updating, and it’s easy to get left behind. With a little luck and some handy links, though, you can get a little more life out of what you’ve already got in computers and software.