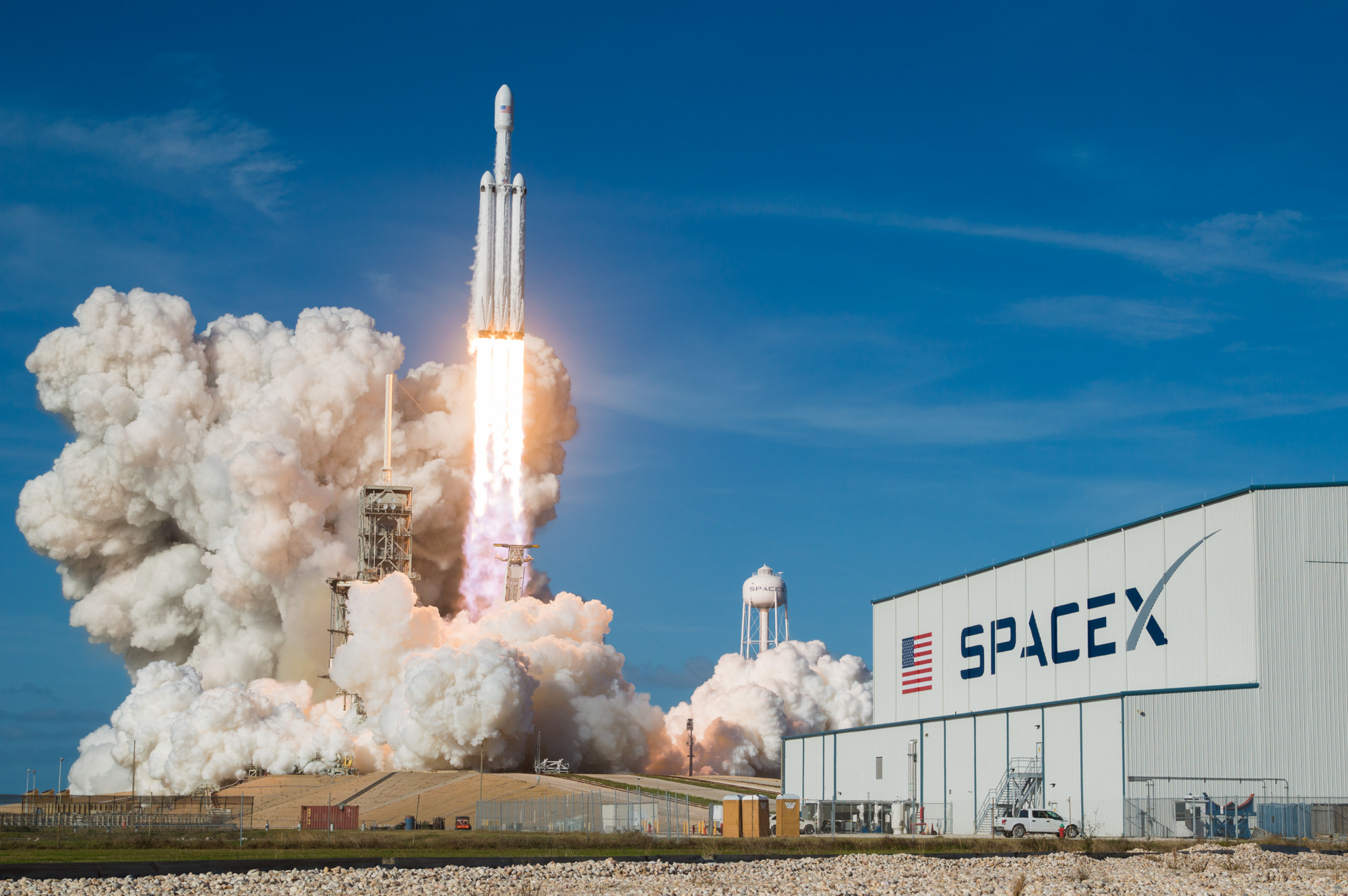 Something we’ve discussed before on this blog is how Lensrentals.com operates. While many of the people who work here are photographers and videographers as well, we’re still very much a specialty service. Our job is to get the tools you need to help create your work. So while we’re in the service industry, we still have a creative side to us, and occasionally get to see some of the incredible work others have created with gear rented from us. We want to start a new series here on the Lensrentals.com blog, where we can highlight some of the incredible work that our customers have created.

To kick off these community stories, we were introduced to one of our customers who had the incredible opportunity to photograph the SpaceX Falcon Heavy rocket launch at the Kennedy Space Center on February 6th. For those who missed the news last week, the Falcon Heavy is the most powerful operational rocket in the world and, in spectacular fashion, was the first time that SpaceX was able to successfully land the outer boosters for reuse on future missions. Watching this footage in real time was inspiring to say the least, and singlehandedly created the next generation of kids (and maybe this 30-something year old) who want to be astronauts when they grow up.

So let me introduce Brady Kenniston, a portrait and wedding photographer out of Bay City, MI, who has an affinity and talent for photographing rocket launches. Shooting something like rocket launches takes a whole lot of planning and talent no doubt, and this wasn’t Brady’s first experience in the trade. Shooting rocket launches now for the last couple years, with the help of his friends at NASASpaceFlight.com, Brady was able to get press credentials for this SpaceX Launch, and even had his photos shared by SpaceX’s CEO and billionaire genius, Elon Musk. 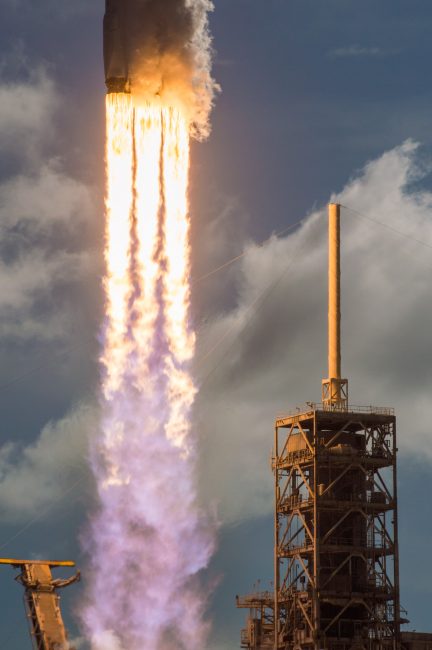 I was able to chat with Brady, as he walked me through the process of how to take photos for such an incredible and once in a lifetime event. With an event like the Falcon Heavy Launch, you only get one chance to capture this from your preferred angles, so Brady used six different cameras to shoot this launch at various shooting angles. His cameras of choice were an extensive collection of Nikon systems – The Nikon D500, Nikon D610, Nikon D3100, two Nikon D3200s, and the Nikon D7500 he rented. While the gear savvy among us may notice, a lot of the camera’s are not the latest offerings from Nikon, and that’s because they don’t need to be. 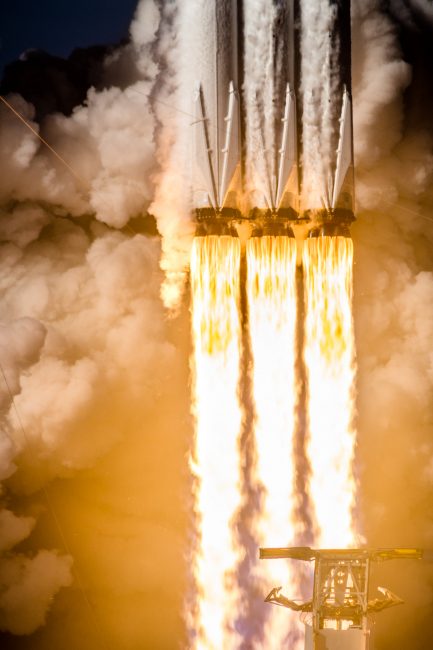 “I use crop body systems mostly because they’re cheap and good for what I need. We’re generally only shooting at ISO 100, so we don’t need the best low light system available.” Brady tells us. “When you have stuff that close to the rocket, you don’t want $10,000 worth of professional gear out there waiting to be blown over by the thrust and everything.”

But it takes a whole lot more than just a couple cameras and lenses to photograph something like this; it also takes an extensive amount of planning ahead of time. From camera placement to lens selection, everything needs to be done ahead of time, because, with a camera within 1,500 feet of a rocket capable of 5 million pounds of thrust, there is no going to change your settings last minute. 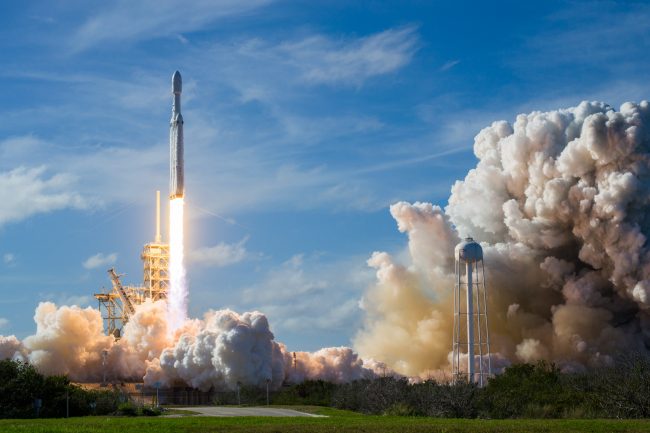 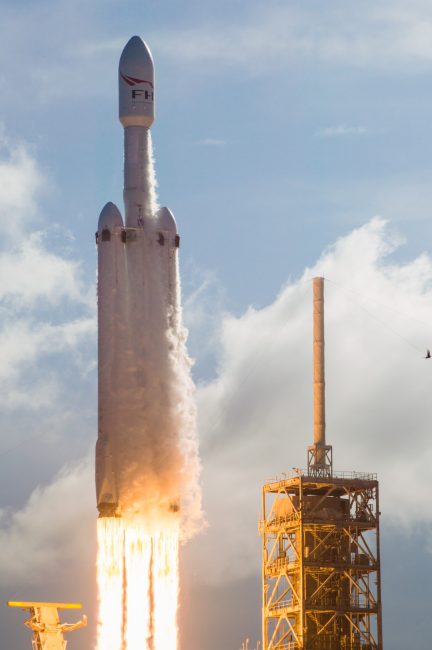 “We go out there, usually a day early. We’ll get on a bus, take all of our gear, and go to four locations where we can set up cameras. We put them on tripods and set up, and then basically leave the gear there, and have no control over our camera’s until after the rocket launch is complete. For triggering the camera, I used a Miops Sound Trigger, the same thing that most of the guys out there use. You just plug it using a normal release cable, and the system triggers the camera for you” Brady explains. 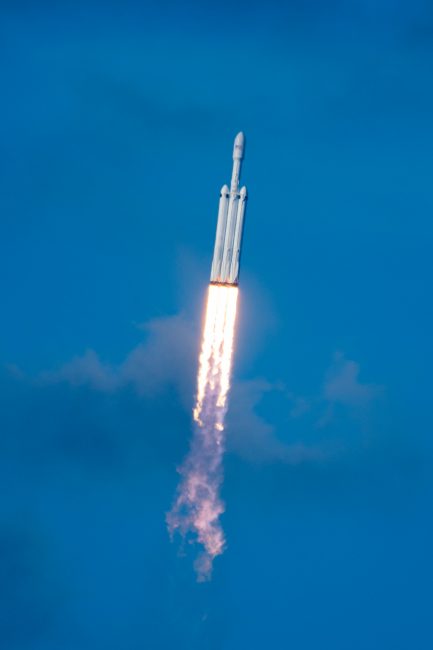 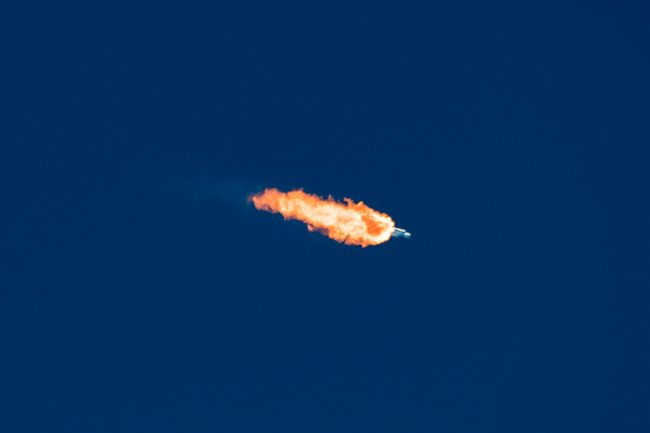 So the result is a lot of planning, a lot of technology, and a lot of wishful thinking as you watch the rocket lift off from a safe distance 6 miles away. It isn’t until after the rocket has left out atmosphere that you can get back on the bus, and see what your camera did, or didn’t capture. For Brady though, the end result is an incredible experience of another successful SpaceX launch (and landing), and some spectacular photos that have been shared all over the world highlighting this fantastic feat for science. 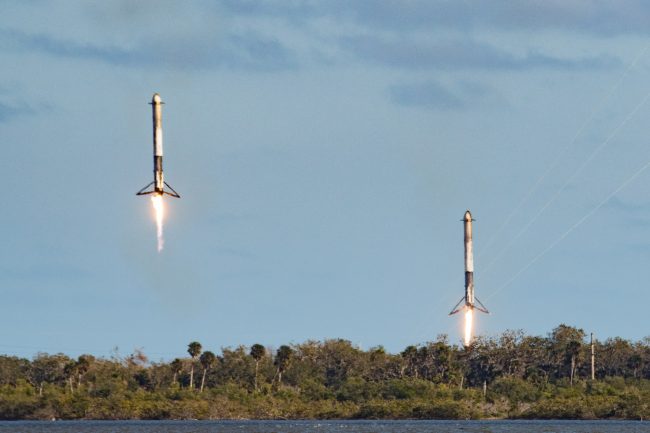 Thank you again to Brady Kenniston for sharing his story and photos with us and everyone else. Be sure you check out some more of his work on his Instagram and social media, and if you’d like to buy a print from Brady, we encourage you to check out his SmugMug store where he has some of his best photos from the day available for print purchase.

Have you used our gear to create something incredible and want to be featured on the blog? Feel free to comment below and we’ll reach out.