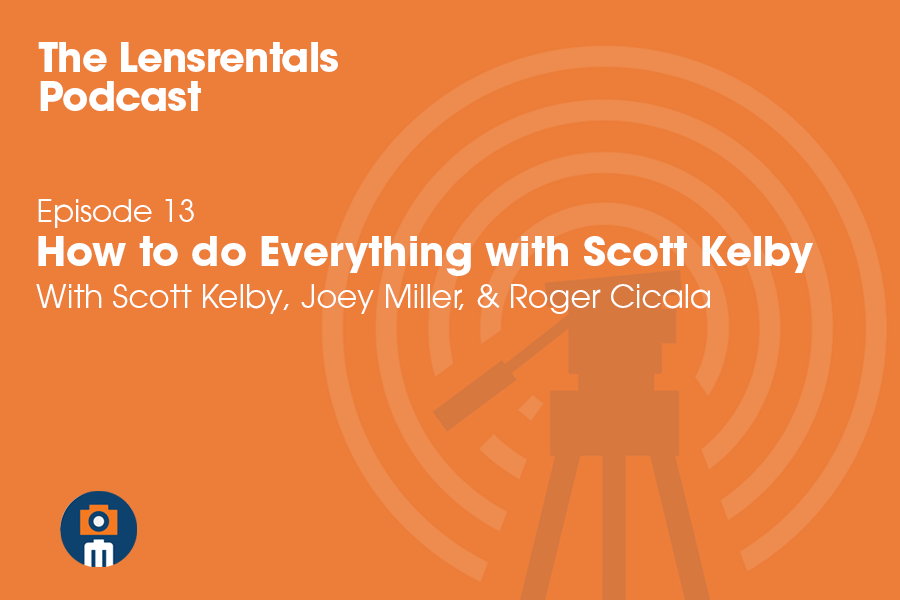 How to do Everything with Scott Kelby

You know Scott Kelby. Ok maybe you’ve never met him but chances are you’ve read one of his books, taken a course on his educational site KelbyOne.com, seen him speak at a trade show, read an article of his in Photoshop User magazine, or been on one of his photo walks. This isn’t your typical interview with Scott Kelby though. This is what happens when Roger Cicala gets a chance to interview Scott Kelby. For more information about Scott Kelby, check out his series of books.

Spoiler: Scott said this was the best, most fun interview.

00:30 – Introduction to Lensrentals.com’s own Joey Miller and Scott Kelby of KelbyOne

2:00 – Roger starts off by asking why Memphis BBQ has been snubbed from Kelby’s food lists

4:30 – Roger then asks about Kelby’s take on the Game of Thrones finale (Spoilers)

7:00 – Scott talks about his history in martial arts and Tae Kwon Do and how it correlates to photography

17:00 – Roger and Scott discuss diversifying what you do creatively, and how Scott is able to work in multiple mediums at once

27:30 – Scott talks about the other valuable retouching tools needed for sports photography, and treading the line of authenticity and retouching.

30:30 – Talking about the three different types of sharpening used in sports photography and all other types of photography

32:30 – Scott talks about publishing books, and some of the struggles he’s found when it comes to publishing

35:30 – Scott talks about his love for the Royal Albert Hall in London

38:50 – Roger discusses with Scott how the teaching of Photoshop has changed over the last couple of decades

42:00 – How Scott Kelby has become an ambassador of prints, and the importance of printing your work