Announcing the Winner of the Lensrentals Pitch Contest 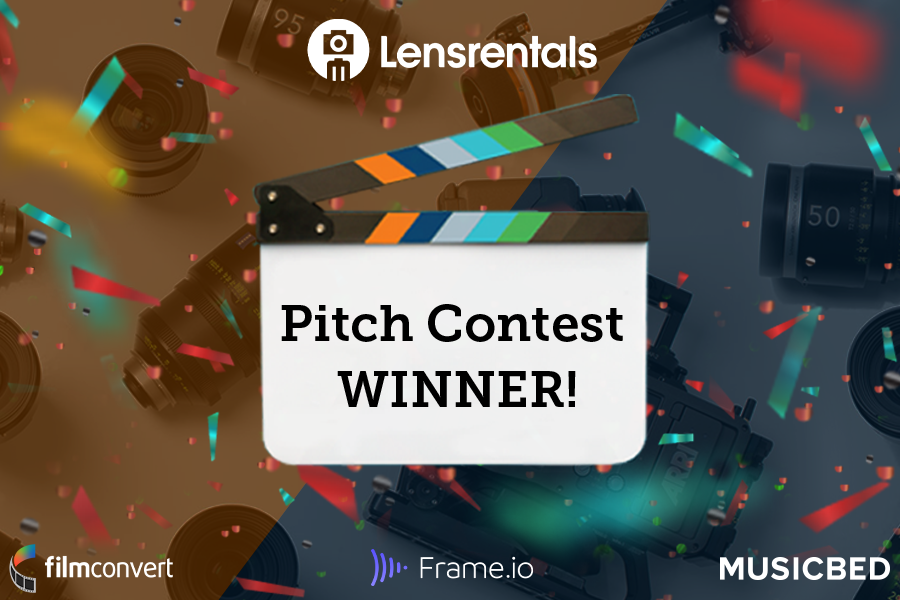 A month or so back, we announced our first-ever Pitch Contest, where we were giving away a pretty nice prize package to any videographers who have a great idea for a short film. The rules were simple, send us a pitch of a film you’ve always wanted to make, and through a team of judges, we would select our favorite pitch, and get them a prize package valued at over $5,000 to help make their film a reality. With over 150 different entries, ranging from every genre you could imagine, we’re so happy to announce our winner – Darrell Lake.

Selected as a finalist by our team here at Lensrentals, and then picked as a favorite by our guest judge, Charles Haine, Gongoli was a clear winner for the contest, blending real-life experiences of Darrell Lake’s childhood in a modern horror story. As Charles Haine tells it —

“Gongoli first struck me for having that rare ability to be a story that is both very specific to its creator and their past, but also told in such a way that it will be approachable and engaging to a wider audience. Beyond that, I engaged with the theme, of the inescapability of the past, and I liked that, true to cinematic form, it gave the past a visual talisman to create menace. I responded to the fact that it works within the horror genre but tries to bring new insights and content to that format, since we keep genre’s alive by keeping them fresh. I also connected with the previously material created by Darrell Lake that convinced me he would be able to turn this pitch into a truly exceptional short film.”

Filmmaking isn’t a new passion for Darrell Lake and has always been a way for him to express his life experiences to a broader audience. As Darrell tells us, his interest in filmmaking came to him at a very young age. Originally born in the UK, and growing up in Sierra Leone in West Africa, his background has always been reflected in his experience in Africa. And after moving to the United States 17 years ago, Darrell was deadset on sharing his experiences growing up in Africa through his love for filmmaking; or as Darrell tells me – “A lot of my work is moved and inspired by my own life experiences.”

And Gongoli is exactly one of those experiences, brought into the modern era. The Gongoli mask was a pivotal part of Darrell’s upbringing and a place where a lot of fear lived in his youth. “Gongoli is this mask people would wear, and do this crazy erratic dance. So as a kid, you’re told so many stories about it, and were terrified by it.” Darrell explains. “The mask is used for celebration, and the adult wearing it would perform and dance and help bring excitement.” While its intentions are for celebration, the Gongoli mask can certainly be terrifying to a child. With its accentuated features, the Gongoli mask traditionally has a protruding forehead, with large, misshapen features, and is largely shrouded in mystery. Pairing that with an erratic and odd dance, the Gongoli often has an almost supernatural feel to it. 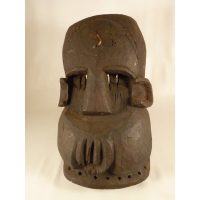 While I was able to chat with Darrell Lake, we were able to talk a bit about his background in filmmaking. By far the biggest challenge when creating a short film is the budget, or as Darrell tells me – “I’ve always self-funded, alongside Kickstarter campaigns, and occasionally a grant. So I’d guest act on a TV show or film, and take that money and use that money to shoot a film.” And Darrell’s acting experience has been able to help him create films like the award-winning ‘Land of Dry Bones‘, and Comedic Short Form series like ‘The Incredible Life of Darrell‘. As the titles suggest, much of his film work is based on his own experiences. “A lot of my work is moved and inspired by my own life experiences,” Darrell tells us.

Stay tuned as Darrell starts his production on Gongoli once Covid-19 restrictions get lifted, and all the pre-production is done. Until then, be sure to check out more of Darrell’s work on his website, and give him a follow on Instagram.