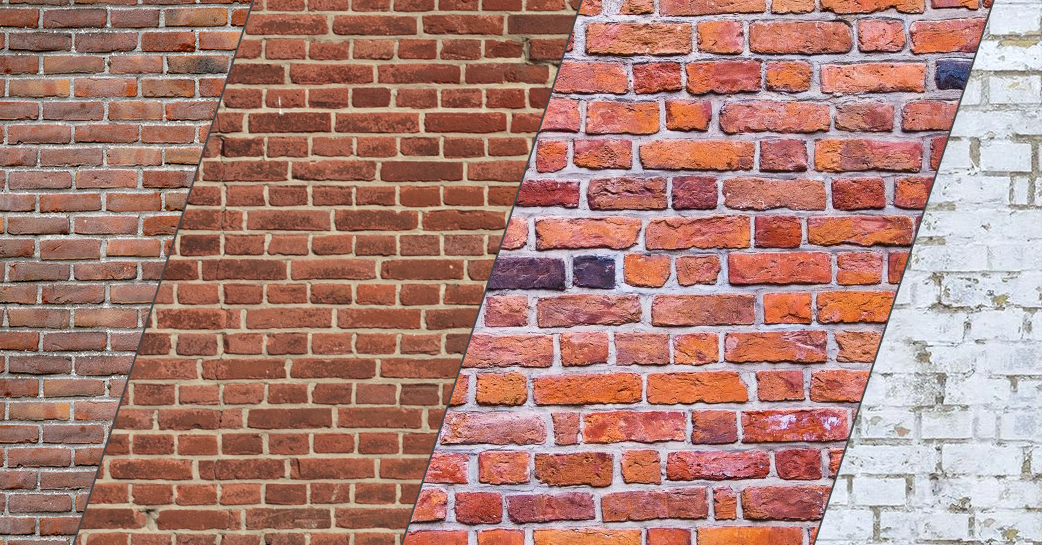 Many amateurs test their lenses by taking pictures of the nearest brick wall without logically thinking about what information that particular wall provides. Done properly, a brick wall test can provide a superb evaluation of your lens. But a poorly done brick wall test is really no better than taking cat pictures without first measuring whisker length and diameter.

The first rule of testing is you MUST know what you are measuring, so let’s approach things a bit more scientifically. Today, through the barely understandable magic of scientific principles and higher order mathematics, we will discuss how to perform (dare we say it?) the PERFECT brick wall lens test.

Brick wall testing has a long and not colorful (cause it was black and white back in historical times) history. As we all know, the first brick wall test was performed by Niepce in 1826. 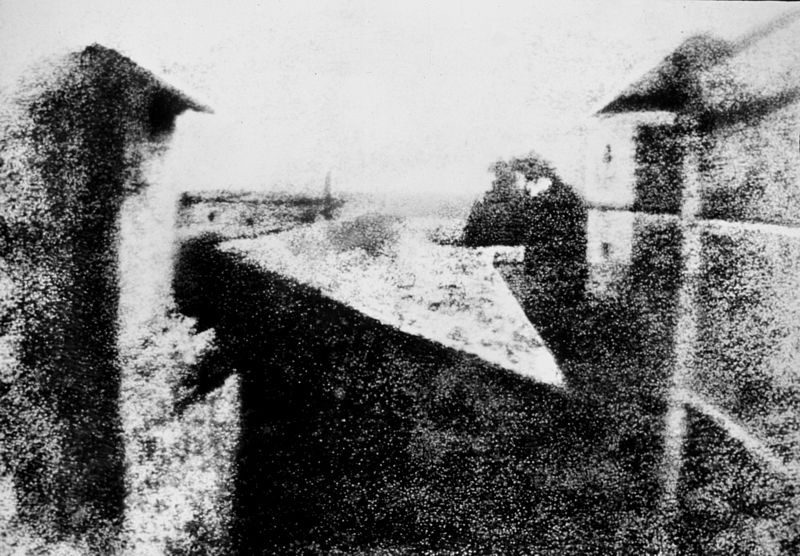 Niepce, as can be seen in the image above (1), demonstrated that unless the wall was at perfect right angles to the camera, it does not provide an effective test. Later efforts by Doerr (1850s) placed the wall at a more correct angle, but his use of weathered, sun-baked mud brick provided insufficient detail for effective testing. 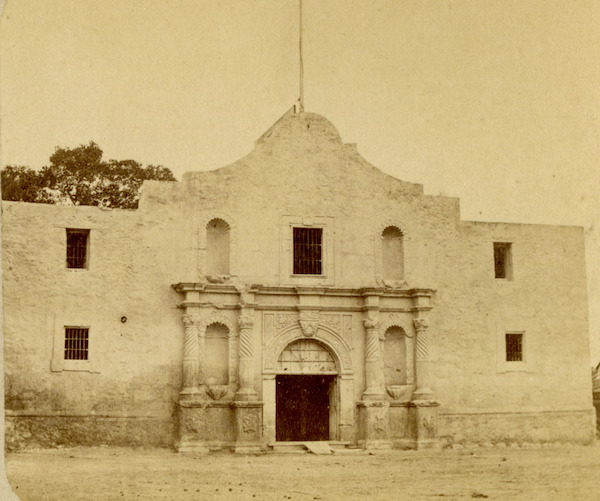 All brick wall testers owe a debt of gratitude to these efforts by pioneers like Niepce and Doerr. But today’s amateur home tester has choices that simply weren’t available to these first testers.

As Doerr demonstrated, proper brick composition is an important factor in brick wall testing. We all know the five common brick types, but a quick review doesn’t hurt. They are burnt clay, sand-lime, engineering, concrete, and, of course, the classic fly-ash brick. Sand-lime and fly-ash bricks are compressed and chemically bonded, rather than baked (2), giving them a smooth, strong surface that can be easily colored. This makes them quite useful for building purposes, but their surface is too smooth for effective lens testing. We recommend you avoid walls made with these bricks.

Luckily, burnt clay brick is used in the vast majority of modern brick walls. Burnt clay brick has enough irregularity on its surface to provide fine detail suitable for photographic testing. All burnt clay brick is not alike, however, so let’s cover some of those differences. No one wants to be ‘that tester’ who posts a brick wall image without identifying the brick class and grade used in testing.

Bricks are graded as either 1st, 2nd, or 3rd class. First-class bricks are uniform in size and color, have sharp edges, and (I kid you not) are supposed to make a ringing sound when you clang them together (3). I guess they get used in rich people’s houses and stuff; I’ve never seen any. Second-class bricks are pretty good; they may have slightly irregular edges, are not as uniform in color, but still, make a ringing sound when you clang them. (I wonder if ‘brick clanging’ is still done by a highly skilled human, like wine tasting, or if it’s become robotized.) Second-class bricks are what you see in most neighborhoods; they are only half the cost of a first-class brick but still look decent. Third-class bricks are near-rejects and kind of suck. Interestingly, they are used both in inexpensive buildings and costly Chicago renovations where buyers confuse bad quality with “looks like the original brick.”

Anyway, given the amount of money, most of you spend on lenses, chances are you can’t afford to live in a neighborhood made of first-class brick. That’s just fine; those second and third-class irregularities provide the fine details that are best for testing.

Here’s where most of you run into trouble and don’t even realize it. We generally take photographs in white light, which is all of the light colors mixed together (4). What color are bricks? Yeah, red, mostly. In other words, they are monochromatic. Using monochromatic light is one of the best ways to cheat when you want to make a lens look better than it really is; it masks chromatic aberrations.

I know what you’re thinking: the mortar will give a more balanced color spectrum, right? Not so fast, my friends. As Reinhorn, et al. have shown (5), the typical brick wall shows a large red spectrum, but the mortar, rather than providing an even light, shows several spikes at specific wavelengths. It does not provide smooth, even spectra. 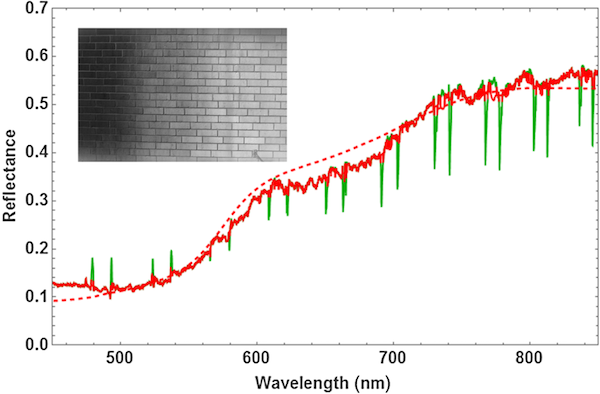 Obviously, the proper thing to do when selecting a brick wall for testing is to evaluate the color with a spectrometry camera, such as the Horiba Symphony II that Reinhorn used. We do realize its $12,000 price tag would be burdensome to all but the most enthusiastic brick wall testers, however, and luckily there are alternatives.

In the Southern U. S. almost all brick is made from good, old, high-iron, deep-red Georgia clay. You can find some white-painted brick, walls, but that won’t work because the paint is smooth. Smooth means no details to evaluate.

But I have good news, fired clay bricks from other locations come in a variety of colors. Historically, this was because clays used in certain regions had low iron mineral content, making them light in color. Milwaukee cream brick, Old Chicago yellow brick, and Wisconsin silver brick are good examples of bricks providing a broad color spectrum. If you live in the Midwest, such bricks are common, and you should have no trouble finding an appropriately broad-spectrum wall for testing. For those of you living outside the U. S., Mediterranean White Clay brick also provides a good spectra. 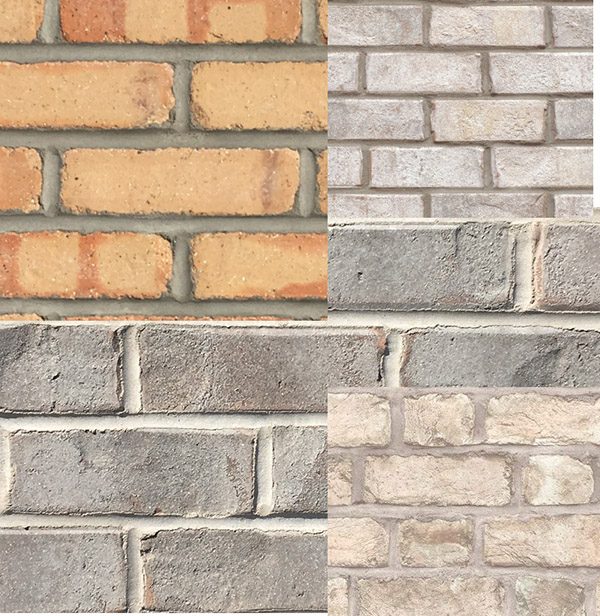 A variety of broad spectrum brick walls are available in the Midwest, where the clay, like the inhabitant’s blood, is weak and low in iron.

One other point should be made while we discuss bricks from inside and outside the U. S.; brick size. In the UK, standard bricks are 215 x 102.5 x 65mm. Surprisingly, there is no standardization in the EU, and each country has its own brick size. Germany, of course, has the largest bricks in the EU at 240 × 115 × 71, because, well, it’s Germany. Russia, just as obviously, uses larger bricks than any EU country; 250 × 120 × 65. American Standard bricks measure (203 × 92 × 57 mm), smaller than almost any other country, probably because Americans are more interested in pick up truck size as a measurement of manhood*.

In some areas, ancient brick walls, usually made of flat, wide bricks are still standing. These should be avoided since their size is either measured in Roman feet (13.2 inches) or cubits. Cubits, of course, are the length from the elbow to the middle finger, a measurement far too variable for scientific testing.

Obviously, the size of the brick does not affect the accuracy of testing in any single location. But one should be careful not to compare, for example, a brick wall test done in the U. S. with one done in a country with larger bricks, unless you perform a mathematical conversion of brick size.

*  Surprisingly, there is an actual reason for the variation in brick size. Before insulation was a thing, colder countries tended to use larger bricks because thicker walls were more insulating.

If you’re going to do a brick wall test, you should do a scientifically valid brick wall test. This means a wall made of fired clay brick of broad-spectrum, using Class 2 or 3 brick. Removing a couple of bricks from the wall to perform a “Clang” test is the simplest way to differentiate between Class 2 and Class 3 brick (6).

Spectrometry of the wall to demonstrate a broad color spectrum is best, of course, but the cost of spectrometry cameras limits its use to only the most dedicated brick wall testers. It is generally more cost-effective to travel to regions with broader spectrum brick.

Tests done in different countries should not be compared directly because of the variation in brick size, affecting sharpness calculations.