The Insta360 One R is my Favorite Action Camera 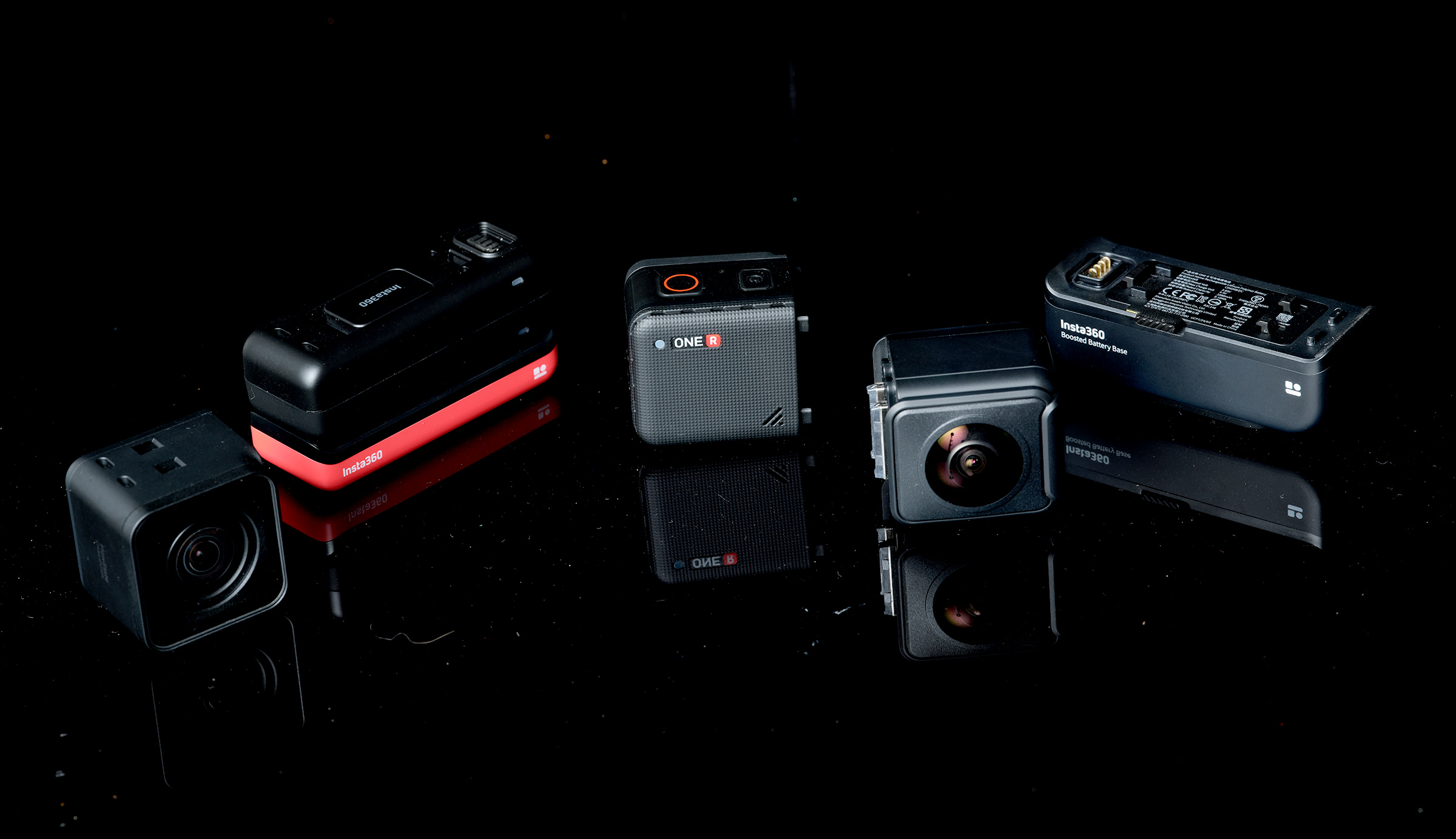 Fundamentally, I’ve always sort of hated action cameras. Like so many others, I fell for the marketing push, and years ago, I bought myself a GoPro Hero 3 Black Edition, solely because of the amazing promotional video they put together to push the latest and greatest available in 2012. However, upon getting the camera, I felt like I was scammed. I’m not base jumping off of mountain tops and surfing the planet’s biggest waves. How is my footage of me walking to the corner store going to compete with some of the coolest footage at the time? And so, like so many others, my GoPro Hero3 sat in a box for years, being forgotten after only a few uses.

Through what can only be described as pandemic-induced cabin fever, I bought a motorcycle during this pandemic, and it has quickly become my salvation during this otherwise down and difficult time. And quickly my love for motorcycles wanted to blend with my love for capturing moments, and I started looking at various action cameras – both as a safety “dashcam” set up, as well as something I could be creative with – and after much research, I landed on the Insta360 One R.

‘Why wouldn’t you just get a GoPro like everyone else?’ the internal monologue and my friends would immediately say, and my reason is simple – creativity. The Insta360 One R is an action and 360 camera that is unique in design for one important reason – it’s modular. Taking a design tip from lego, The Insta360 One R breaks apart into three different pieces, the battery, the processor, and the lens. This allows you to swap the battery with a larger battery if needed, and more importantly, swap the camera lens with one of the three options they have available – The Action Camera, the 360 Camera, and the 1″ Leica camera. 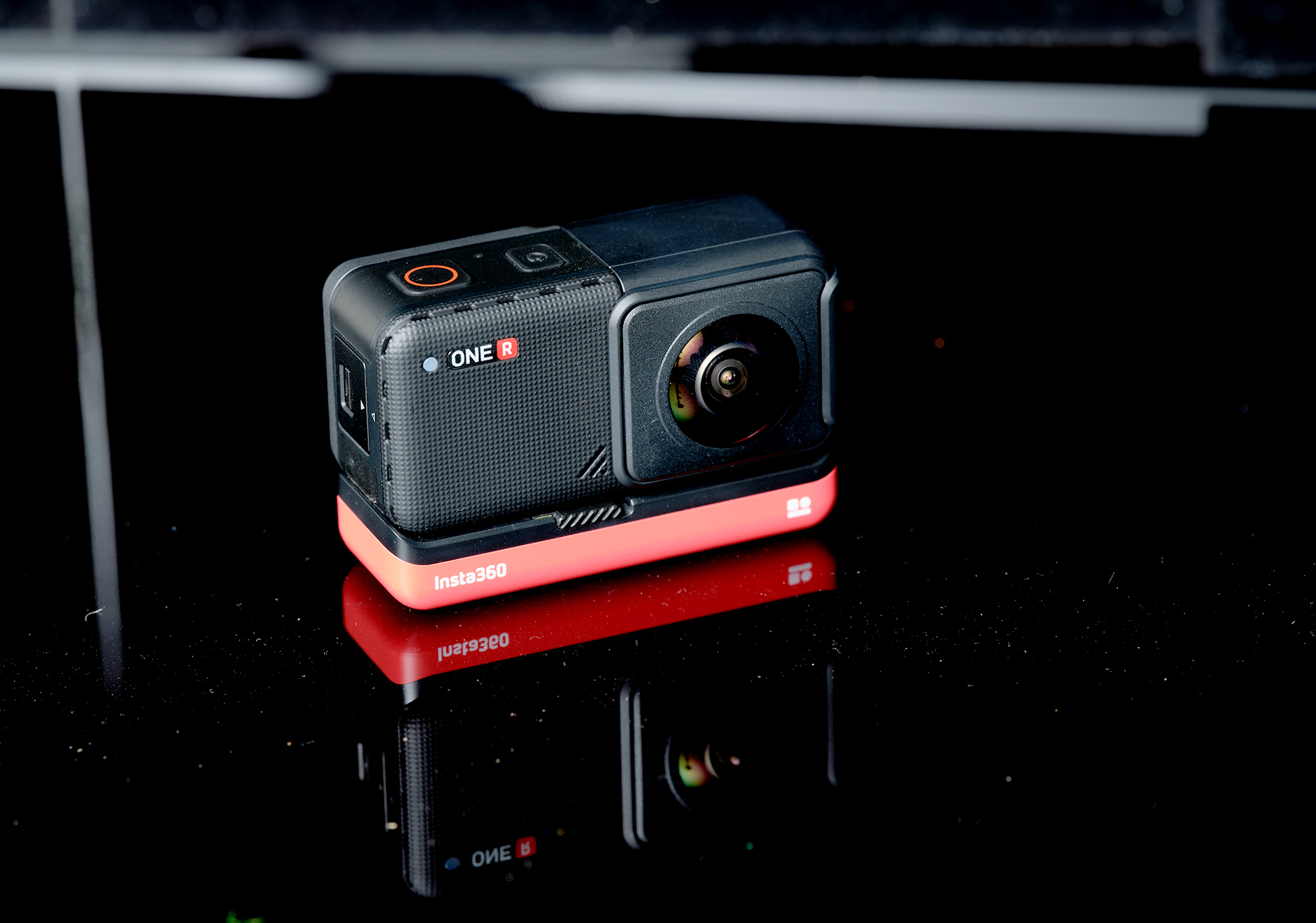 And this modularity gives you a lot of creative control. If you want a basic wide-angle action camera, snap on the default lens and get footage that looks nearly identical to a GoPro. If you’re looking for something with an upped image quality and less wide perspective, the 1″ Leica developed lens is a great option (This is the one lego block I do not have though). And finally, if you want to experiment with 360-degree cameras, well, Insta360 has built their entire business on that and offers a pretty cool lens system for that too. 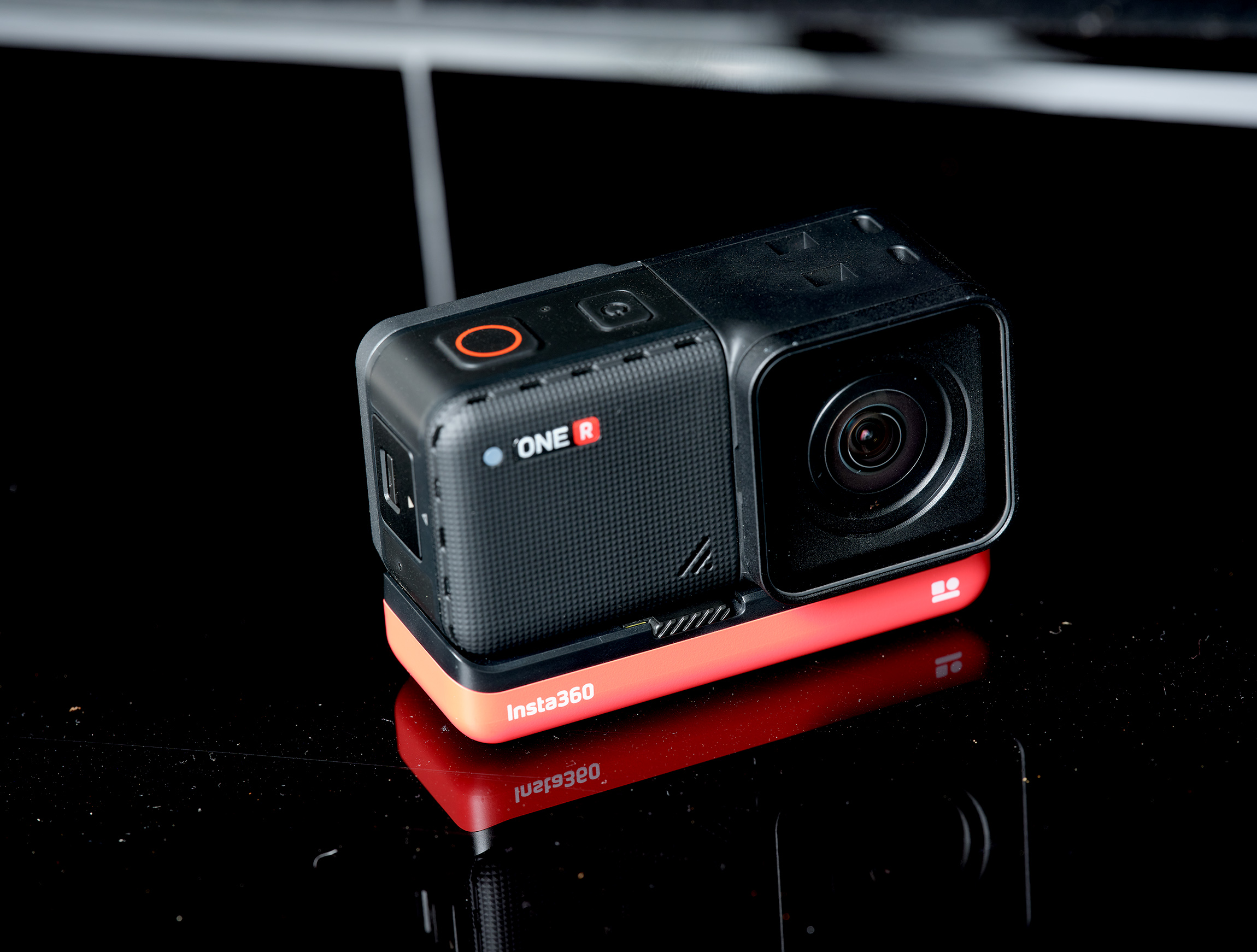 Writing the specs for this camera is a bit different than most cameras, as the spec sheet changes based on what lens you have attached to it. But as a system as a whole, the Insta360 One R offers FlowState stabilization for all of its lenses – giving you buttery-smooth stabilization through the AI system. Additionally, the camera as a whole offers IPX8 waterproofing, which is waterproof up to 5m (16.4ft), but only with the use of its Mounting bracket included, which helps seals the system. It also has a pretty impressive AI editing system, that can auto edit your footage in the Insta360 software, and works surprisingly well. Additionally, the Insta360 One R uses the same mounting system that GoPro has put into the forefront of this industry, meaning that the mounting options are virtually unlimited – if you can suffer through having those little GoPro mounting stickies placed on all your things.

The Insta 360 One R is a pretty simple camera to use. Upon turning on the camera, you’ll get two options of control out of the box – the touch screen on the back of the camera, and the phone app. I quickly found the phone app to be far easier to change settings and use (as the screen on the camera is quite small, obviously). Connecting via wifi and Bluetooth, the camera system is pretty responsive and works quickly. That said, the camera relies heavily on the speed of the Micro SD card, so save yourself the headache, and get one that well exceeds the speed requirements of the camera, or you might find yourself waiting on it to save footage after you press stop – particularly 360 footage.

But using the applications, you can add keystrokes, and reframe your footage with ease. The 360 camera also lets you crop in and out dynamically, giving you some nice punch-in and out feelings to your footage – a great way to add some drama to the footage.

But perhaps the most fun aspect is that you always have a 360-degree view that you can change on the fly. Nothing is better than starting some footage as if it’s a static shot, only for you to do a subtle pan or rotation a few seconds into the shot. And since it’s capturing footage from all directions, you can re-cut the same footage in multiple ways, giving you an immense amount of creative freedom.

Paired with the ‘auto-selfie stick removal’, the software does a really great job making it appear that the camera is just floating in space, capturing the footage. Sure, there are some stitching issues here and there, but the effect works really well most of the time. In order for the Selfie Stick removal software to work, you need to place the camera with no angle on the selfie stick – which feels counter-intuitive to most people’s thought process, since even with it being 360-degree lenses, naturally, you want the camera to be pointing at you. 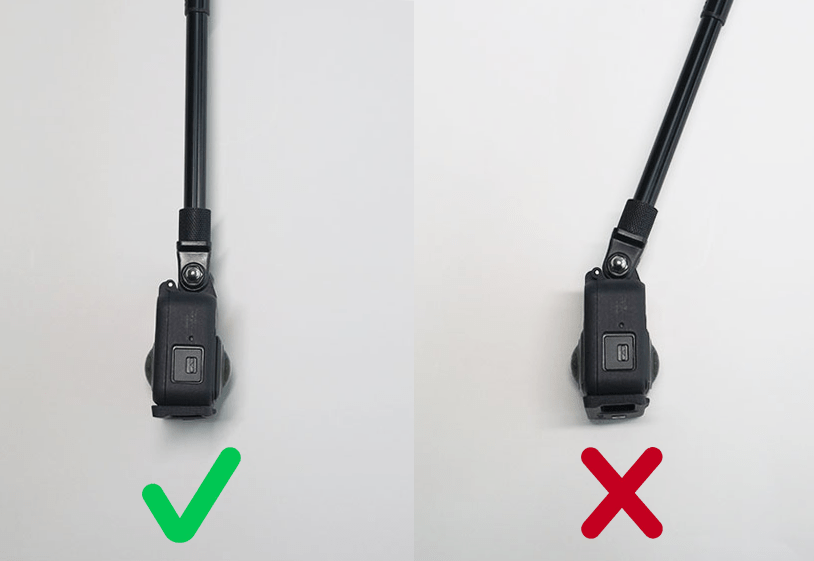 Where I Fell In Love

The Insta360 One R is quirky, but that’s where I fell in love with it. I’m not, nor should anyone really, be trying to create film footage that would rival the quality of Hollywood blockbusters using the camera, but the camera gives you an excellent opportunity to capture unique footage in a ‘Do It All’ package.

And that’s the love. I love expressing my creativity. And through this pandemic, I found that I love riding my motorcycle through canyon roads. This camera, more than any other individual camera on the market allows you to blend these two things seamlessly, and without extensive knowledge in video editing software.

I’m not going to pretend that the Insta360 One R is the perfect action camera – It’s not. Like all action cameras I’ve used, it will occasionally freeze up, it will sometimes throw lens disconnected error codes, and it will take some time when saving longer footage. I’ve also heard others have problems with the camera overheating, though I’ve never faced that problem. But my point is that all action cameras are fickle – I’ve seen just about every GoPro iteration freeze or crash at one point, and it’s just the nature of the camera trying to do everything in an incredibly small package.