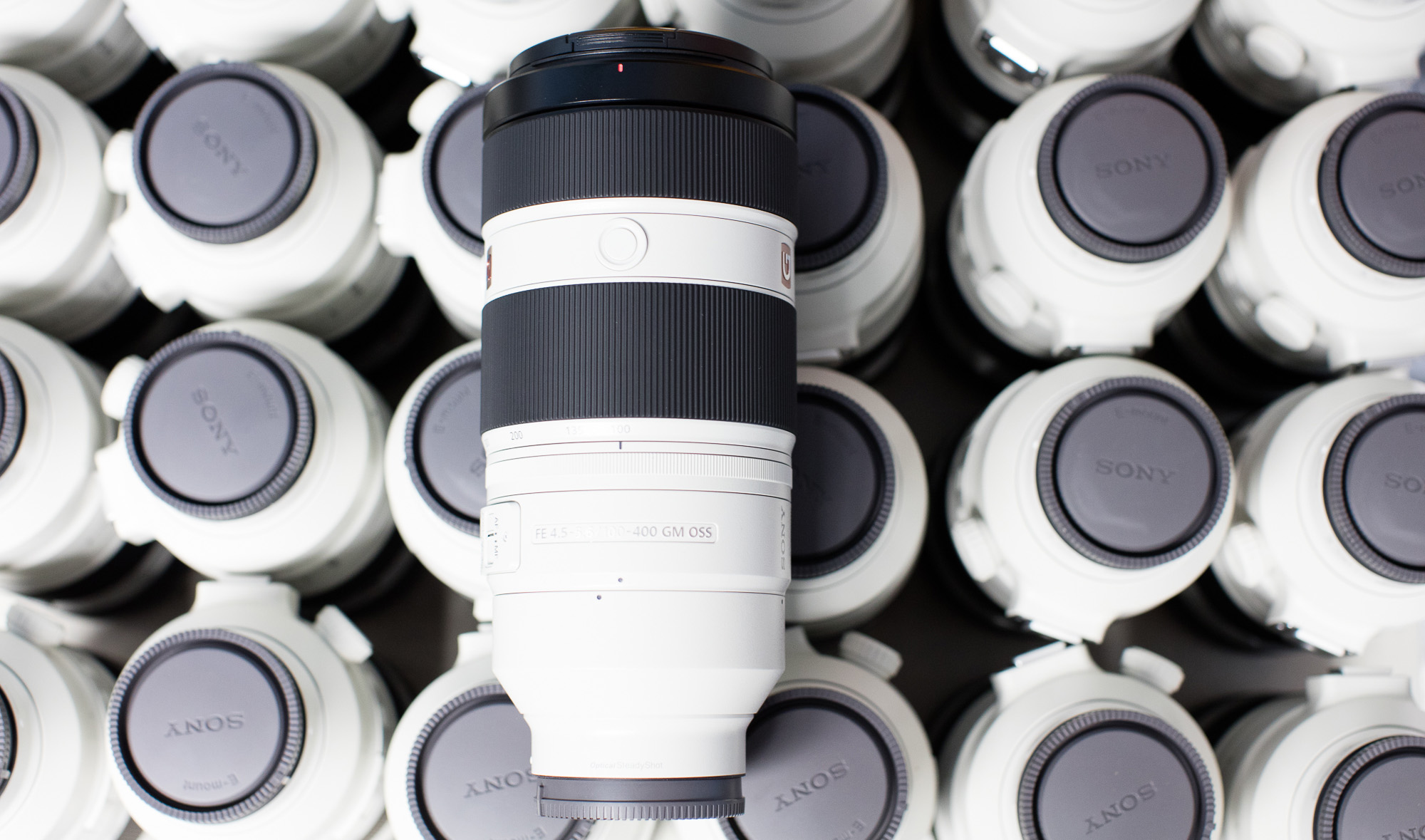 A Camel is a Horse Designed by Committee

There is a lot of online discussion about why a manufacturer made this lens when they so obviously needed to make that other lens. Or why this manufacturer’s design is better than that manufacturer’s magical solutions. So, I thought I’d share the second-hand information I have about the process because it’s probably better than the made-up speculation I read online.

Let’s get my limitations out of the way first. I am not a lens designer. I don’t have any degree in optics. I don’t even own a copy of Code-V or Zemax. No manufacturer has ever let me sit in on the complete design and development process, nor are they ever going to. Nor would I want to; it takes an eternity and I have the attention span of a squirrel.

But I am somewhat educated in lens making. I hang out with manufacturer’s engineers and listen to them gossip over too much sake. I own half of a company (C-4 optics) that has designed a few lenses and manufactured one. Occasionally, I participate in the process for both major and third-party manufacturers, testing prototypes during the later development process.

Can you imagine telling a fighter pilot “I bet you can’t fly that?” Lens designers are like that. Sure, they’re geeks, but the top lens designers are certain they can build anything, and they want to prove it.

For example, when Dr. Bryan Caldwell and I formed C-4 Optics years ago, the idea was it would be a hobby business for both of us. Bryan, a superb lens designer, had already designed lenses he thought were great ideas. A 67mm f/0.666 because he thought The Aperture of the Beast would be a cool name. A 150mm f/1.0 lens just to prove it could be done. The most practical of the bunch is the one we made: a 12-pound, 270-degree field-of-view fisheye lens. Narrator: but it really wasn’t really practical.

This is what happens when you leave lens designers unsupervised. (No one is going to accuse me of being adult supervision). I literally wrote them all up in a blog post, which I released on March 31, 2015. People thought it was a hysterically funny April Fool’s joke. Later, when we made the Hyperfisheye, people were all ‘wait, you idiots were serious’?

Here’s one thing I always check that almost none of you do: what is the background of the CEO? That will tell you a lot about where the company’s emphasis is. They are usually run by cost-conscious business people or, even worse, marketing people. Very occasionally, a lens company is run by an engineer.

No matter where the boss comes from, every company has a marketing department, an accounting department, and an engineering department. One of those may drive the bus, but the others all make suggestions from the back seats. In most cases, it’s a big bus, and kids in the back get rowdy. Let’s consider what they all want.

Some non-optical engineers will make the mechanical and electrical parts, sort of the ground crew. They don’t get the publicity, but their job might be more difficult. For example, when we designed the Hyperfisheye, Brian’s optical design covered 7 pages. The mechanical designs took 142 pages. And this was a very simple manual focus lens with no electronics.

The mechanical design engineers don’t want to redesign 5,409 parts from scratch; they want to use existing parts they have in bins in the back. Failing that, they want to outsource the parts to someone who already makes them. Other engineers specialize in designing the assembly process for the lens, either on existing lines or by designing new lines and methods. (Hint, these guys would like to use the existing lines and methods).

There are marketing people who want to have theoretical specifications they can brag about, whether they can really be manufactured or not. Here’s a thought experiment for you. Let’s pretend the design team has designed this lens that has an AMAZING computer-generated MTF chart. The mechanical team says, “we can’t possibly make it to those specifications in the real world”. Which way do you think the marketing team votes?

The marketing team also evaluates what the market wants (or what they think it wants), what the competition has, and is always hoping for cool special features (real or imaginary) that they can use to differentiate their lens. Otherwise, they have to write copy about “seeing the world differently”, “preserving visual integrity”, and “bringing your image to life”. Again.

This varies a bit depending upon if it’s a camera manufacturer, a large third-party lens maker, or a small boutique lens maker. There is flow up and down the food chain. Mostly the higher-ups say ‘make this lens’ but sometimes the design team floats up some designs for consideration or the marketing team identifies opportunities.

Wherever the idea originates it goes up and down and back and forth for a while as the various groups balance out the ‘lens design triangle’: cost vs size vs quality. Every company emphasizes different things. It might be of great quality and low cost but massive. Others make their living with small inexpensive lenses with adequate image quality. Some make small, superb lenses that cost as much as a decent car. You all know who is who. The camera brands generally try to balance the design triangle pretty evenly.

Camera manufacturers first and foremost need to make sure the basics are covered: a full set of zooms from wide to telephoto, at least a few prime lenses, often some not-quite-so-wide-aperture primes and zooms and superzooms. Manufacturers usually want at least one macro lens in their lineup and those who want to be perceived as ‘professional’ for sports photographers want an expensive super-telephoto prime or two. Tilt-shift lenses used to be part of the ‘we are professional grade’ merit badge, but that seems to not be the case as much now.

Manufacturers will usually prioritize a show-off lens or two in their lineup, a loss leader that says ‘we did this thing no one else does so you can see how good we are’. Think Canon RF 28-70mm f/2 or Nikon Z 58mm f/0.95. Sometimes they hold down the losses on that loss leader by making it in such small quantities that it’s really difficult to buy one.

Primary manufacturers (Canon, Sony, etc.) tend to be more top-down; the higher-ups give a list of lenses to be made and let the various groups fight about how best to do that. This is not a fast process. The directive to make a 24-70mm f/2.8 lens, may spend a year in optical design, often with a few teams developing separately. Then several designs do the back and forth amongst the various committees. Sometimes two or three are actually prototyped and tried out. Only after that do they get into sourcing elements and parts and designing the assembly process. Even a prioritized design takes several years, minimum, to reach the market.

The usual third-party formula is nearly-as-good-but-significantly-cheaper. Or it might be better optics but big and heavy (think Sigma primes).  They also are like predators, swooping in where they find a weakness in the manufacturer’s herd. But while third-party manufacturers may be more nimble than the primary manufacturers, lens creation is still a slow process. “Swooping” takes a couple of years, at least.

Third-party lens makers often allow designers a bit more freedom. For example, I sat down with a large group of engineers from one company and asked why they had chosen to make a very excellent lens in a really odd focal length. They all started laughing and introduced me to the designer – he had come up with the design on his own time and presented it for consideration. It got accepted and he got promoted.

So, How Does This All Work Out?

Rather randomly, actually. Let’s say, for example, the lens designers play around with their software and come up with an amazing 50mm f/1.2 lens that weighs 8 ounces and is sharp as a tack. Then the manufacturing engineers say “we can’t get those parts”, the financial guys say “it’s going to cost $12,000”, marketing chimes in with “nobody wants that”, and the assembly engineers add “we’ll need a new assembly line.” The project is dead.

In many companies, the commands are more top-down and less flexible. The CEO says “Thou Shalt Make a 50mm f/1.2 costing under $1,200.00 and weighing less than a kilogram.” Then the committees go back and forth figuring out how to do that. Eventually, they arrive at a conclusion like “We can make a 55mm f/1.2 costing $1,600 and weighing 1.1 kilos.” Then the higher-ups decide that’s either close enough or it isn’t.

Larger companies often assign a specific lens to two or more competing design teams. This may be ‘each group design a 24-70 f/2.8 zoom’. It may be ‘this new mirrorless system is coming out, we need one spectacular special lens for it’.

And remember this is NOT a quick process; it takes years. One company I worked for told me they had the replacement for a certain lens as their absolutely top priority. The lens was actually released about 4 years later. That’s what a rush job looks like in this business. As you’ve noticed, standard ‘upgrades’ to mainstream lenses are released a lot less frequently, often a decade or more apart.

Remember when Canon and Nikon went mirrorless, and early on they both came out with unique, show-off kinds of lenses? Lots of people asked ‘why this and not that’. Truth is there were probably 4 or 5 design teams competing to make the show of lens, and committees decided which of those camels would be the most unique.

So when you’re online screaming ‘they need to come out with a new version of this lens’, well, they’re probably already doing that. But you won’t see it released until you’re shooting your next camera. And when you’re wondering ‘why in the world did they make that’? Well, usually either because somebody had a bright idea, or compromises were made.

I’m Roger and I am the founder of Lensrentals.com. Hailed as one of the optic nerds here, I enjoy shooting collimated light through 30X microscope objectives in my spare time. When I do take real pictures I like using something different: a Medium format, or Pentax K1, or a Sony RX1R.
Tweet
Posted in Geek Articles
Customer Story – How Philip Grossman Uncovers the Mysteries of Chernobyl
Mirrorless Camera Guide for 2022