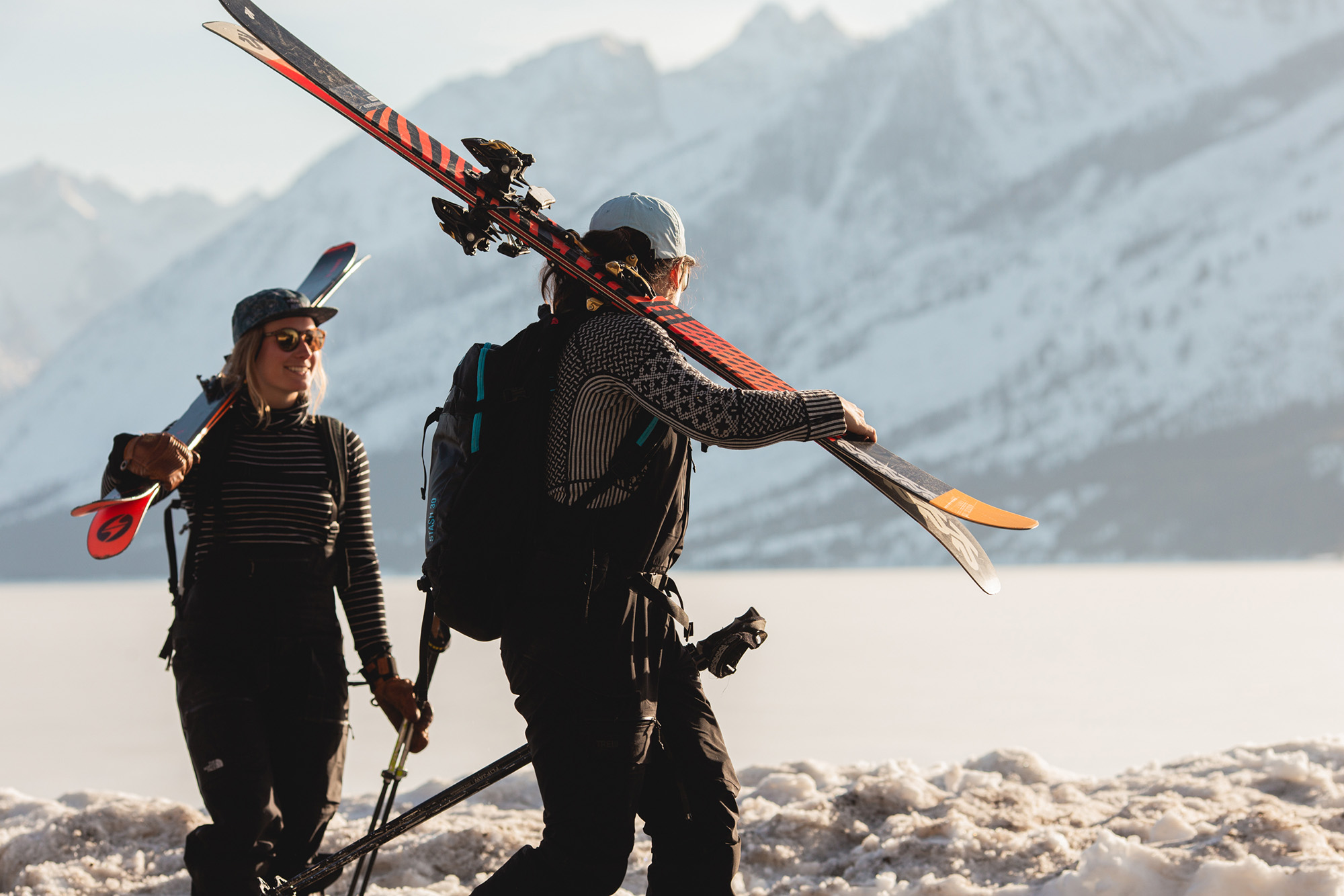 With the 2022 Winter Olympics having just recently wrapped, people everywhere have a newfound respect for winter sports athletes. However, that respect is nothing new for the person we’re highlighting for our Customer Story today – photographer, producer, and director, Shannon Corsi. I’ve personally known Shannon for a number of years now, so it was a great pleasure to sit down and talk to her about her recent projects, including photographing esteemed climber and filmmaker Jimmy Chin, and her upcoming feature-length film highlighting 5 different women skiers.

But first, let’s talk a bit about Shannon Corsi. Shannon Corsi is an Idaho-based photographer, producer, and director specializing in commercial, editorial, and outdoor work. Starting off specializing in portrait photography, Shannon switched to focusing her attention on capturing photos highlighting outdoor life – specifically skiing, with her latest projects. And when shooting winter sports like skiing, you run into a lot of difficult variables that you may not realize, so I was excited to sit down and chat with Shannon a bit about her upcoming projects.

Among one of Shannon’s biggest passions, is working in the ski industry as a photographer and director, highlighting some of the world’s greatest talents in snow. It was when Shannon and her co-producers, Katie Lozancich and Sophie Danison, started noticing a common trend that they came up with their concept for their upcoming project, Nexus. Shannon explains, “We really had spent years noticing this gap where you’d get all these cool narrative-driven films, but they were about men and we didn’t really see a lot of people documenting these women’s films.” Through that discovery, the idea for Nexus, a women-driven ski film was born.

Shannon Corsi and her co-producers (Katie Lozancich and Sophie Danison) then spent the next couple of years meeting with brands, developing their pitch deck, and securing funding for this upcoming project, which has since begun filming. With five segments, all of which focus on different female skiers, Shannon and her team are hoping to shine more light on the women who are breaking ground in skiing. But filming skiers comes with a lot of technical challenges as well.

Among those challenges of course is the weight of the gear. When having to hike or ski to specific locations, having 50lbs of gear strapped to your back makes the process infinitely more difficult. And so, part of the job of shooting all day requires you to take a pragmatic approach to what you actually need. Shannon explains, “If you’re going uphill or even if you’re skiing or snowboarding, the weight of your pack can drastically affect like how fast you can move.” “Sometimes you get in these really tight areas [with] trees and you’re just really relying on your skills and hope that your pack isn’t so big that you clip a tree.”

But additionally, the weather itself provides a lot of challenges when trying to film skiers in cold weather conditions. We’ve spoken about weather sealing extensively on this blog over the years, and how that is a vague term that doesn’t really provide any security, but another problem when in cold weather is the capabilities of your battery packs. As Shannon tells us, “Another thing is batteries; a lot of us have the inside of our coat pockets stuffed with camera batteries because if you leave them in your pack, they might get too cold and not work correctly.” Through this realization, Shannon and her team have developed a number of techniques to help keep the batteries warm and functioning well, from hand warmers placed on the packs, to placing batteries within your coat so that their own body heat keeps them warm.

And of course, communication can be one of the biggest challenges when shooting an action segment for your film. If the skier is 400 ft up a mountainside, coordination and communication are incredibly important to get the shot, as multiple takes can take hours and be very expensive. So Shannon must rely on a lot of pre-production on each shot, as well as a steady stream of communication through walkie-talkies to ensure everyone is hitting their marks. The last thing you want is to have to reset a shot because you weren’t familiar with the pathway the skier intended on traveling.

Shannon’s work in the outdoor sports scene has also netted her some attention from publications – most notably, netting her the opportunity to photograph Free Solo director Jimmy Chin for a recent edition of Financial Times. “So I ended up having The Financial Times reach out in early summer, late spring, about a midsummer shoot and they’re like, “Hey, we need you to shoot a portrait” and they didn’t give me a lot of details. A month out, when I found out it was going to be with Jimmy Chin, I thought, ‘Oh man, I know who this is, I have to knock this out of the park.'” Shannon explains. The shoot was to take place at Jimmy Chin’s home, capturing both his comforts and aesthetics in his life – which can be difficult, as you’re going into the project blind. “I didn’t have any reference points in terms of what does this house looks like at all, and the lighting was a mystery. The sizing was a mystery. And so, I thought ‘I’m gonna make sure that all of my gear is on point and I’m gonna make sure I have an assistant.’ I showed up and we ended up kind of pivoting plans a little bit to make room for the three spaces we wanted to shoot in – we shouldn’t shoot in his house at all. We shot in the climbing area that he built in his garage, in his large photo shed, and in the van that he drives around and films in for films”.

For her work, Shannon uses a large array of equipment on both the photo and video sides to achieve her intended goals. For the Nexus project, Shannon and her fellow producers intend on filming much of the project on RED Komodos, RED Raptors, and the Canon CN-E Cinema Lens kit. Additionally, a variety of gimbals, drones, and other accessories will be used to get the shots they need. With the always-changing weather and the difficulty involved in resetting positions if they don’t get the shot, Shannon and her team intend on capturing most of their scenes in a single take, which requires having multiple cameras rolling to help get the shots.

Shannon and her team are very busy as they wrap up the filming for Nexus, but you can follow along with her updates on her Instagram account, as well as the Nexus Instagram account. We thank her for being a customer for a number of years and sharing her recent projects with us. If you know anyone who is a Lensrentals.com customer and has an interesting story to tell, be sure to chime in in the comments below.

I’m Zach and I’m the editor and a frequent writer here at Lensrentals.com. I’m also a commercial beauty photographer in Los Angeles, CA, and offer educational workshops on photography and lighting all over North America.
Twitter Facebook
Tweet
Posted in Customer Stories
A Brief History of Early Lenses: Part 1
Comparing a Ten-Year-Old Camera to a Modern One