The RED KOMODO 6K camera is RED Digital Cinema’s entry-level camera that features an adaptable RF-style mount and up to 280 Mbps 6K/40p recording to CFast 2.0 media. Key features include:

KOMODO = DRAGON-X-tra Small? RED Digital Cinema loves a little wordplay in their naming conventions, and the RED KOMODO 6K camera continues the tradition by being, in practice, a compact cinema camera using a sensor similar to the classic 6K RED DRAGON-X. It has a few major distinctions including a global shutter that make the KOMODO is a great B-cam to your RED shoot or entry to the RED Digital Cinema ecosystem.

6K, Global Shutter Sensor. Size is never an indication of power, and the KOMODO proves that out. Global shutter is a generally expensive feature that reduces image quality, but here, RED has incorporated the technology into their entry level system while maintaining a very high 16+ stops of dynamic range and a maximum 6144 × 3240 resolution at 40 frames per second. Windowing the sensor to 2K will allow the camera to shoot up to 120 fps.

Adaptable Mount. Don’t let the RF-style mount fool you. This camera doesn’t have any native compatibility with Canon RF lenses. Instead, the RF-style mount’s shallow flange depth allows the camera to be adapted to most other popular mount types such as PL, EF, and Leica M with some mounts offering ND filtration.

Power & Media. The camera works best with official Canon BP-9 series batteries, and the two integrated battery slots allow for hot swapping for endless power supply. A single Canon BP-975 will power the camera for around 2 hours. Video is recorded to a single CFast 2.0 slot and will work with a variety of cards that can handle a sustained write speed of at least 280 MB/s. At its highest bitrate the KOMODO will use about 1TB of data per hour of recording.

Monitoring. This camera features a few unique monitoring solutions for a RED brain. The first is 12G-SDI output for full DCI 4K 10-bit 4:2:2 monitoring at up to 60 fps. This output is great for nailing focus or recording external proxies. The camera can also wirelessly connect to iOS and a web interface via 2.4 or 5GHz Wi-Fi, and the app is FREE! Free mobile device control of RED cameras is a first for the KOMODO thanks to the RCP2 system. 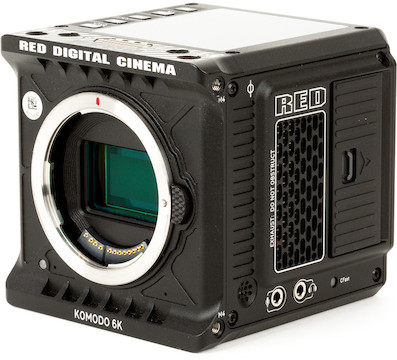 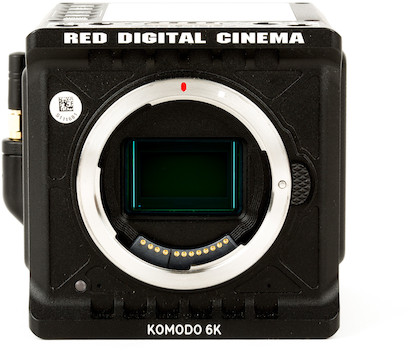 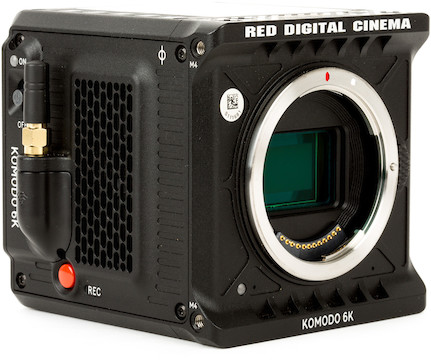 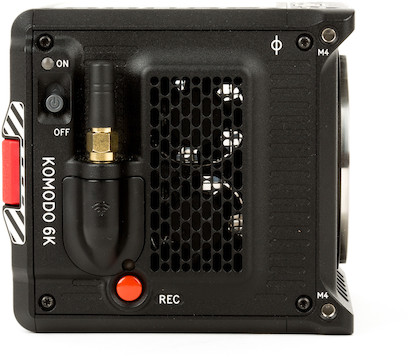 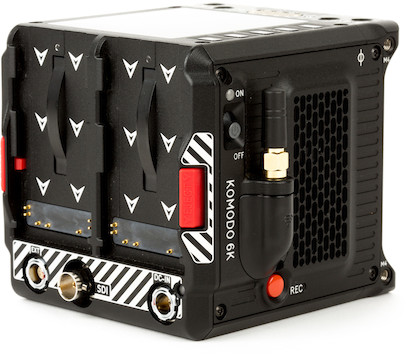 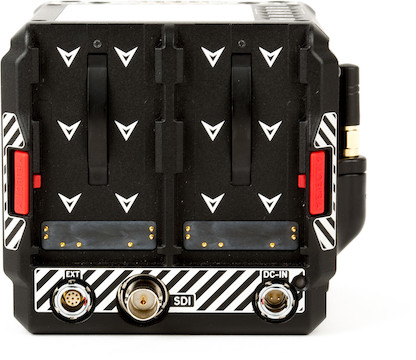 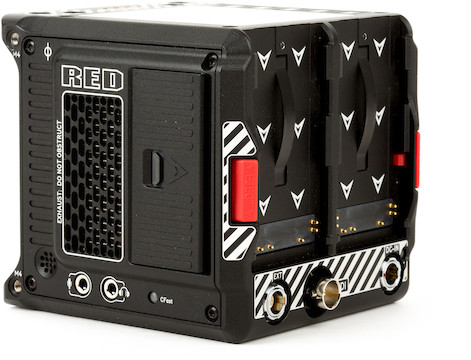 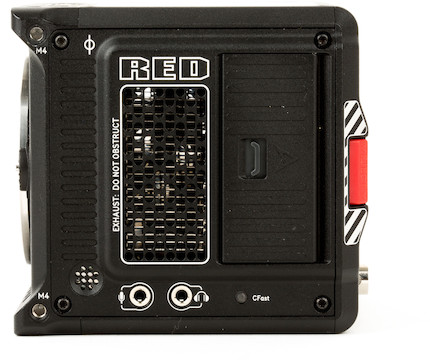 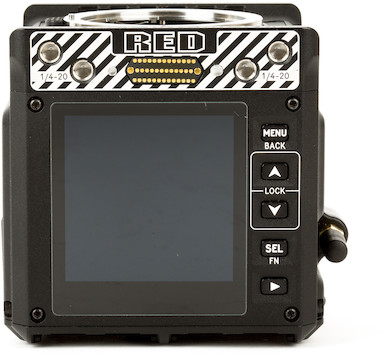 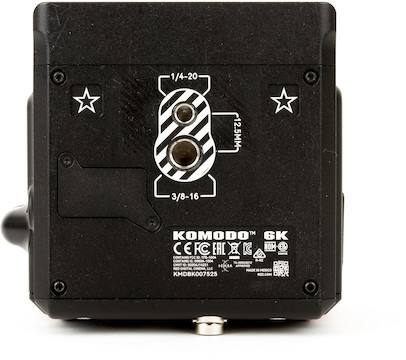 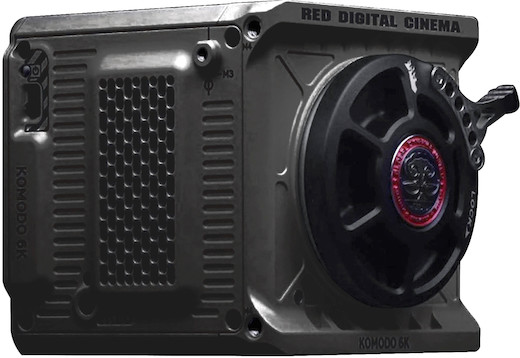 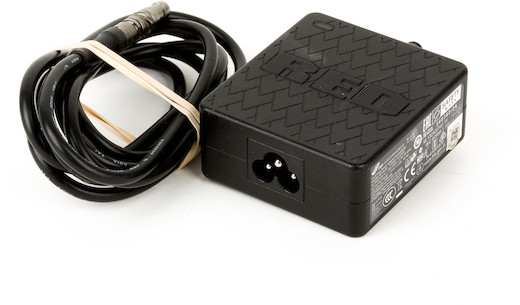