Greetings from the Island of Misfit Toys

When I was a child (not childish, which would be now, child which is decades before now) Rudolph the Red-Nosed Reindeer was the movie I looked forward to every Christmas season. The best scene in the movie was actually not in the original version; the Island of Misfit Toys was added during the second yearly showing of the movie (in 1965). The ending scene, where Santa rescues the misfit toys, was added a year later, after viewers complained the misfit toys made them sad. 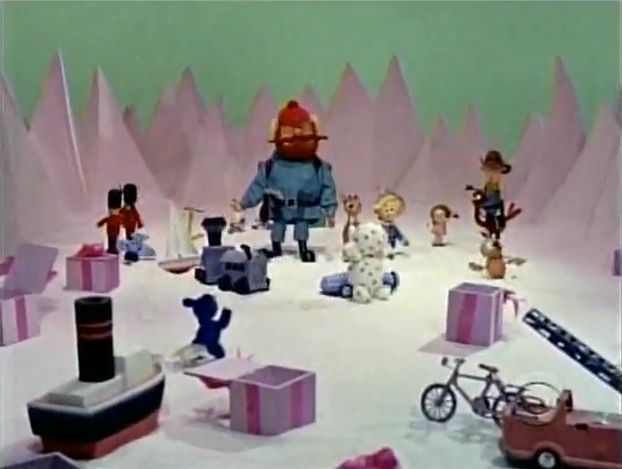 We have our own Misfit Toys here at Lensrentals. Often referred to in-house as “RADER” (for Roger Acquired, Doesn’t Ever Rent), they aren’t noticed by many people. Sometimes times it’s because they seemed really cool to at least one Lensrentals’ employee (that would be me) but no one else thinks so. Occasionally it’s because they suck.  But sometimes it’s because they don’t really have a category and and are stuck deep in a nested accessory page where no one can find them. Or because they’re hiding in plain sight, on a page with dozens of other items.

So, like Santa rescuing the misfit toys, I thought I’d tell you about some odd, unusual, and well, sometimes unique items hidden in the back pages of Lensrentals’ website. Maybe you’ll see  something cool here that  you might have missed cruising around our pages. Because sort of like the toys on the Island, these things are sitting around waiting for the right person to love them. 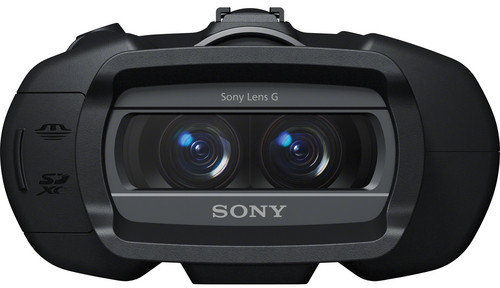 One of Roger’s Follies. I really thought these would be superb for second and third cameras operating ‘within the scene’ for video work. You could be filming the second cameraman on the main camera and viewers would never realize he was shooting video through his binoculars. Other uses I was sure would occur include getting some video at football games and other sporting events where cameras aren’t allowed, the wildlife viewing and birding they were designed for, or maybe even a little private detective work. I think they’ve rented maybe 3 times. 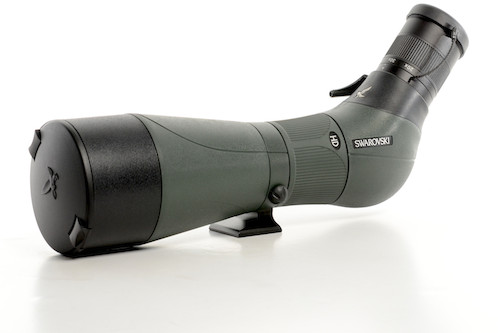 OK, I guess we’re seeing a pattern here: Roger likes telescopes and stuff. Digiscoping has taken off, lots of people doing telephoto work would benefit from having a spotting scope to locate wildlife within their shooting area, etc., etc. For those that don’t know, 500mm lenses are wide angles compared to a good spotting scope. I never have understood why these aren’t more popular, but other than a few trips to the National Parks each year, nobody loves the poor, lonely spotting scopes. Or perhaps, given that they’re located on the very last page of the Accessories section for each type of camera, nobody knows we have them. 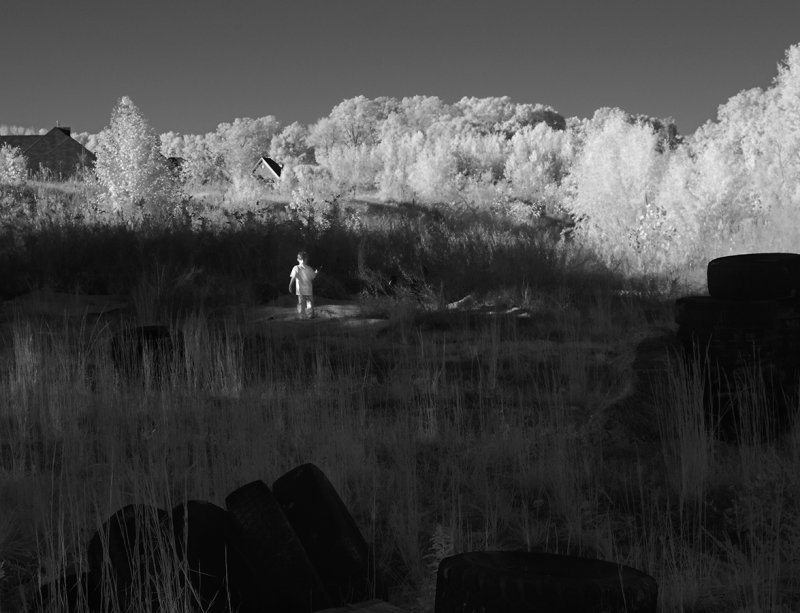 I’m always amazed by this, but about once a month one of our regular customers emails asking if we’ll consider stocking infrared cameras and is shocked when it tell them we already do, for both Canon and Nikon, in both full and crop sensors. We thought maybe they were hiding in plain site, right on the main pages with the other cameras. So we gave them their own page. That didn’t help, either. One thing I will mention, though: IR photography takes some post-processing work. You’ll need to be comfortable with channel-mixer type functions to get cool IR photos.

Ricoh GXR Camera with A12 mount 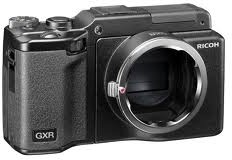 The reason this one never gets rented is pretty obvious: the Ricoh gets lumped into the page with the compact cameras and no one knows that it’s there. Or maybe they don’t understand it’s designed just to shoot Leica and Zeiss M-mount lenses.  That’s too bad, because it is an awesome way to try out some of the amazing Zeiss and Leica M-mount lenses. Even if you’re manual-focus impaired, like I am, the weird ’embossed’ focusing image will put you right on target. Plus, when set to use this feature, the LCD look so weird you can tell people it’s a radiation detection camera or something.

The only real downside is this is a 12 megapixel camera APS-C sensor camera, so you aren’t going to quite get Leica M9 resolution. Oh, and if you want to shoot through a viewfinder you’ll have to get that separately here. 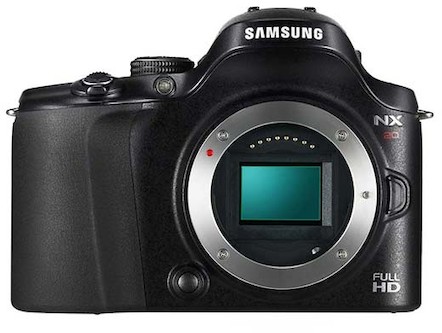 This is another camera hidden on the compact camera page, but it probably won’t be for long. We liked our initial evaluation of it so much that we’ve ordered some more lenses and will promote it to it’s own section soon. So it is possible to get off the Island of Misfit Toys after all! Actually, now that I think about it, the entire Compact Camera page is a Island of Misfit Toys unto itself. No one visits it much, but there’s a lot of cool stuff in there from underwater cameras to top quality point-and-shoots to fixed lens Leica and Fuji cameras.

The Samsung, though, is the little mirrorless camera nobody is talking about. I want every one of you to remember you heard about it here first because this camera is really excellent. There are a good number of native-mount, autofocus lenses available for it. It has a high-quality, 20-megapixel APS-C sensor. The built in Wi-Fi feature is cool, of course, but more surprisingly, it actually works without having an IT person modify your network or something. When I was choosing which mirrorless camera I would buy for my own, this was one of my 3 finalists. If it had readily available M-mount adapters, or I was a more patient person, this would probably have been my final choice. 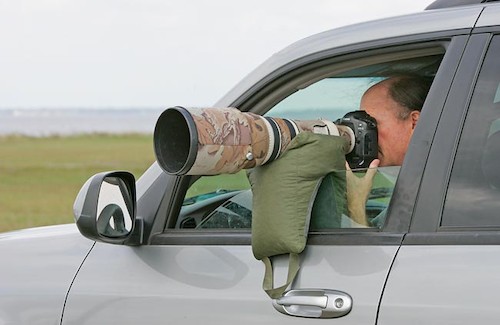 BLUBB stands for Big Lens Ultimate Bean Bag. Which is exactly what it is. It’s cheap, lightweight, and with a little forethought can often replace a monopod or even a tripod for shooting with long lenses.  I still don’t understand why this isn’t used more often. Maybe because they always show a picture of it on a car window (I don’t know about you, but I look at this picture and wonder how much weight that glass will hold up). But tree stumps, fences, large rocks, branches, work even better. On the other hand, if you don’t have something to lean on, I guess it’s really not much use at all. 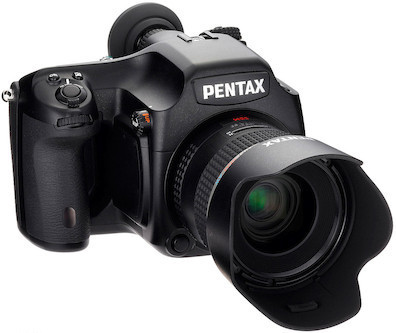 Maybe it’s because not many people go to the Medium Format section. But I’ve got mixed emotions about even telling anyone about this camera: Tyler says if it doesn’t start renting soon he’s closing the line out. And I know just who will be first in line to buy a used one if he does — me. These are amazing to shoot with. I know, I know, some of you are thinking “I can get 36 Mpix without going Medium Format”. Trust me, there are pixels, and then there are pixels. Because it handles so much like an SLR, this is a great camera for an introduction to MF photography. There is a downside, though. To paraphrase Henry Ford, it comes with any lens you want, as long as you want a 55mm f/2.8 lens (43mm equivalent in SLR terms). 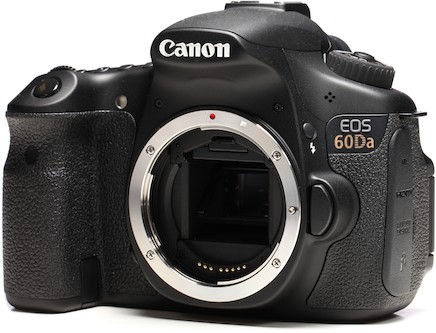 This one isn’t hidden, unless it’s in plain sight. But given the huge number of people that tell us they’re renting a lens for star shots at night, or for astrophotography, I’m surprised no one ever rents this. I won’t get into the technical significance of Second and Third Order Balmer Series energy emissions of hydrogen atoms. Because I don’t know the first thing about it, I just read it on some Canon white paper or something. But the 60Da has a modified IR filter that the deep reddish light of nebulae and other astronomic (I think that’s a word) phenomenon.

Also, if you’re just shooting normal stuff, it lets IR light bleed all over your images, meaning all of your images turn out slightly pink. So if you do, like, all baby girl photography by day, and astrophotography by night, this could be the perfect camera for you. 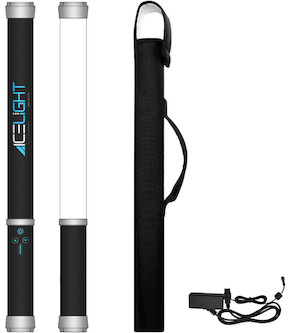 The fact that this is actually a useful, 150-watt battery-powered LED light with convenient 1/4″ light stand mounts at each end. is just icing on the cake. The very best way to use these is to download that smartphone app that makes light saber noises when you wave your phone around, then gaffer tape your phone to the base. Don’t rent them if you have a 10 year old boy around your house, though. You’ll never get to send them back. 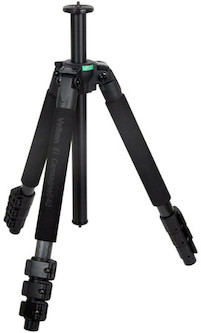 I’ll preach this one until I’m old and gray . . . wait, never mind. Too late for that line. Once upon a time, the tripod page was a busy place; a cool place where people wanted to know “which one is best”. Now, it’s like an urban archeology photo shoot, just a reflection of what it once was. You see, people now don’t need tripods because they have image stabilization. They think. I like me some image stabilization as much as anyone, but never using a tripod is like never shooting a prime lens. You can still take photographs, but you’re limiting your photography. Yeah, tripods are inconvenient. So are SLR cameras when you get right down to it. 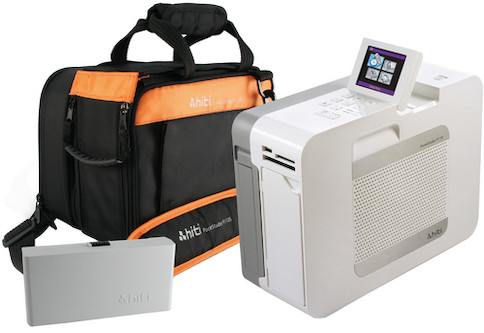 This one, I believe, is just lost on the back pages. Every time I tell someone about it they go “That’s just what I needed!!” for their wedding photo booth, kids baseball tournament, or other event. Then it sits around again until the next person emails to ask “how do I print at an event?” 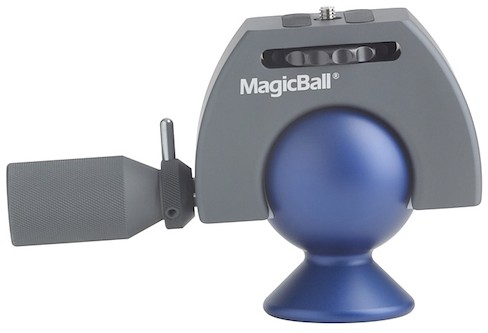 You may not have seen it, because it’s buried down in the tripod head page, about 4 clicks deep. And it’s not the kind of thing you want to use supporting a 400mm f/2.8 lens. Truth is, though, it’s an awesomely good ballhead for a regular-camera-and-lens setup, and a great monopod head if you need one. But more than that it just looks killer cool.

Although with the name Magic Ballhead, Tyler thought you should be able to shake it up and get an answer like “Almost Certainly” or “The future is cloudy right now”. Oh, wait, that was the Magic 8 Ball. Maybe we should make a Magic 8 Ballhead. You could shake your ballhead and it would give you answers like “Try stopping down” or “Expose to the right” when you asked photography questions.

If none of these float your boat and you’ve got some spare time, go poke around the back pages and see what other weird things exist there. Feel free to leave a comment if you think there’s something more misfit than the one’s I picked out. If you think it’s a misfit because it sucks, feel free to say so. If you think there’s something great that we need to be telling people about, feel free to bring that up too. Because, well, then you’ll be telling people about it.