Bob Carey has been a customer of ours since 2008. When we first talked to Bob, The Tutu Project was already well underway. We were moved by his images, and his devotion to his wife. Somewhere between then and now, The Tutu Project went viral. We couldn’t be happier for Linda and Bob to get this level of exposure. Their story has been shared through print, the web, as well as TV. 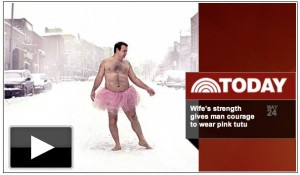 Bob’s dream for the project has been to produce a book of his images. His book, Ballerina, has been released this month.The net proceeds of the book will go to The Carey Foundation, a non-profit organization established by Bob & Linda Carey to provide support to women diagnosed with breast cancer.

Recently, Bob chatted with us a little bit about the project, its origins, and his favorite images. 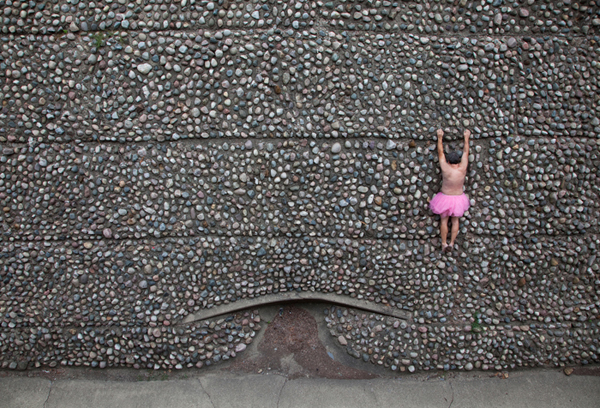 The Tutu Project is really, really neat. Can you tell me a little bit about your inspiration for the project?

Well, the project started 9 ½ years ago. I had done a project before I had moved to New York, for Ballet Arizona. I was using a tutu, and photographed myself in the tutu in the studio, using the same style I was using for 10 years. Then, we got to New York, I looked at it, thought it was interesting, and went out to Coney Island one day and did four more images. Then, on December 29th 2003, my wife was diagnosed with breast cancer.

I always used these photographs to keep myself away from reality. So, I started making these pictures again, and noticing, you know, that just one piece of pink material can change the context of your environment and what people think that are around when I’m doing them.

I started doing them more and more. She went through a very extensive, 1 ½ year treatment. Then 1 ½ years later, her cancer came back. By then, I had this collection of images, and she started showing them to the women (at the cancer center), getting their chemotherapy. It made them happy, and they thought they were funny, and entertaining. So I decided, they made this group of people happy, and took them away for a while during their treatments, I really would like to do this into a book, and have the images available to people in every cancer center in the country.

So we sold prints and t-shirts to raise money to have the book published. The project went viral. We’ve been on Yahoo, The Today Show, and soon we’ll be doing segments at halftime of NFL games during October. We’ll be making a photograph of the whole stadium while I’m in my tutu. 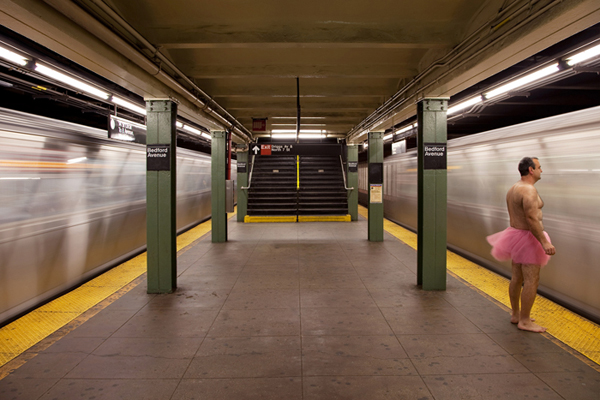 One thing that a lot of our blog readers are interested in, when they see these photos. What kind of camera do you use for this kind of stuff?

It used to be film in the beginning, and then I switched over to the Canon 5D, then the 5D Mk II. I’ve used that for the majority of my pictures. I’ve been playing around with the Nikon D800 for a while.

What’s the craziest pink tutu picture you’ve taken so far or what’s your favorite one?

The subway platform, me in the subway, I love that one. I was on a diving board in a town in New Jersey and was almost arrested, since we were trespassing a little bit. On highways, it’s kind of dangerous. Times Square hasn’t been that crazy. There is one of me in a parking lot, I love that, laying down in the parking lot.

I saw the parking lot one, it really stuck out to me. That was really cool. I just liked how it was a big, open, empty parking lot, and it was a great angle you had for that shot.

Thanks. We shot it off of a 6 story parking garage. One of my favorites now is the Lincoln Memorial. 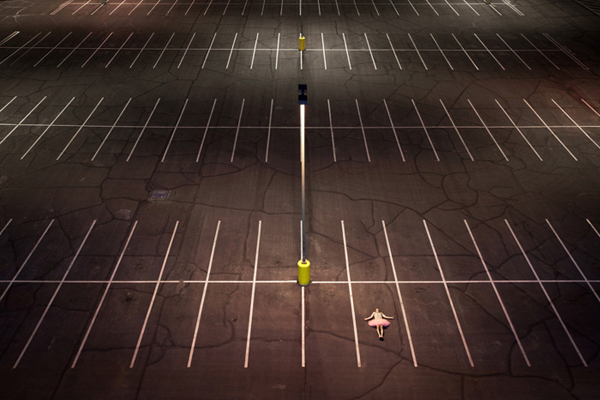 Where do you get your ideas for the photos? Do you sit around and come up with them with your wife? Do people submit ideas to you?

I just kind of drive around and look for locations. When I find them, they are pretty much on the spot how they happen. Then, I look at the landscape, there is always a center point, there is always something to draw your eye to the center of the image.

I always try and add or mix-up the emotion in them. So I do a lot of jumping, or I’ll hang off of something, or I’ll have my back to the camera. It’s all about what I’m feeling at the time, and what I’m going through at the time. Also, my body positions have a lot to do with the context of the background, the environment, the landscape. Usually, if it’s a fun background or fun landscape, I try and have more fun.

Bob’s book, Ballerina, has just been released. You can pick up your copy HERE. Send us your receipt and get $50 of Lensrentals.com account credit. 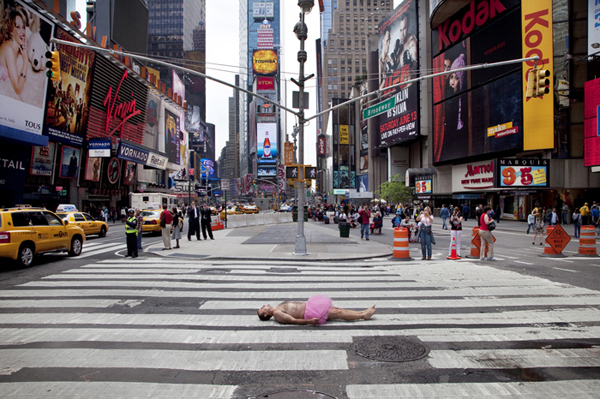