The Ultimate Light Modifier Shoot Out and Test 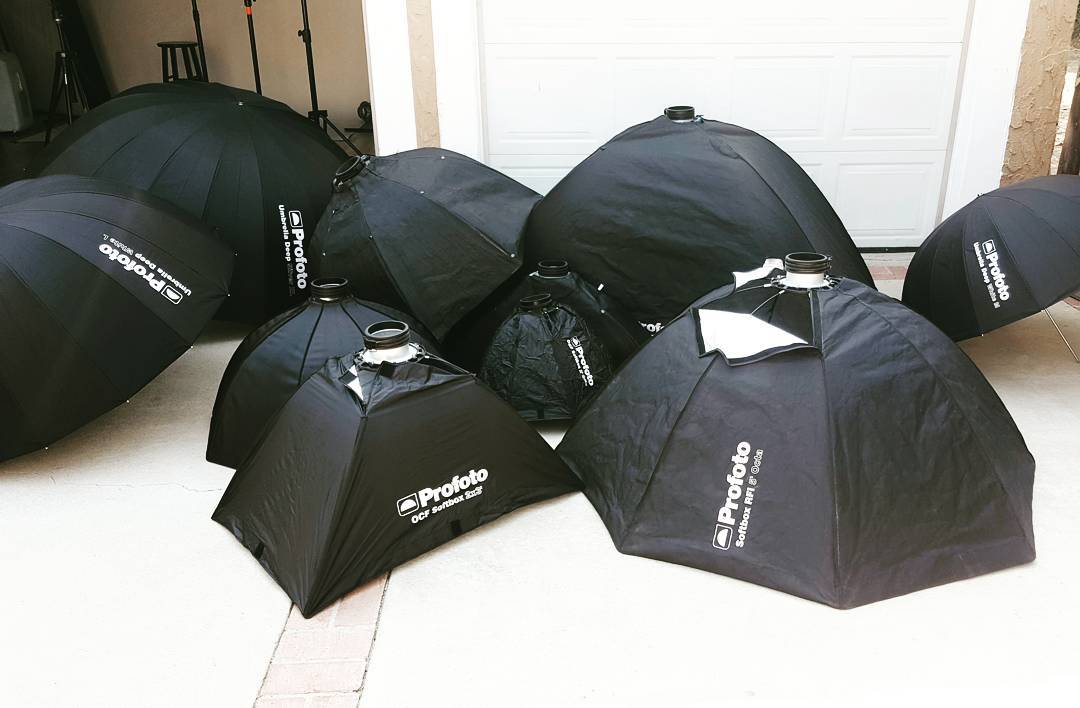 All of these tests were performed at 2ft, 5ft, and 8ft from the subject. These were taken using a variety of light modifiers available for rental here at Lensrentals.com, as well as from my personal collection of modifiers. Additionally, they were metered and left unedited while being taken in a controlled environment in a studio. All test lighting were also performed using a Profoto B1 lighting unit. Additionally, these were taken at a 45-degree angle, shot directly onto the subject (not feathered). And finally, the light was exposure balanced to the subjects face and adjusted based on the distance to match the exposure – while the exposures aren’t 100% perfect, it was the best that could be done with the given constraints.

These photos are taken with the Profoto B1 strobe without the use of a modifier.

Taken using the Profoto XL Umbrella in White. Similar results can be found using the PCB 64″ PLM in Silver.

As you can see, this test showed me that there is a lot of diversity when it comes to lighting modifiers. Between distance and placement, a single modifier can be very soft or hard lighting. This is due to the correlation of distance from the subject. When the lighting modifier is closer to the subject, it is bigger by their perspective, thus providing a softer light. When the modifier and light begin moving away from the subject, their perspective of the light shrinks, and will provide harder light as a result.

While the test was initially about seeing how the size and shape effects the subjects face, I quickly found myself to be more interested in how it affects the background. Naturally, the smaller the light source, the more controlled the light becomes, and that as the light gets larger, so does the spill from the light. This is where the control aspects of lighting come into play more than anything.

So what did we learn today? Well first, lighting isn’t as complicated as many may have thought. A lot of the lights modifiers had very similar results and weren’t nearly as unique as many would try to claim. However, these were controlled tests shot directly on the subject – obviously feathering and using the modifiers in unique ways will show you where they shine. But if nothing else, hopefully, this has convinced you to give lighting modifiers a try, as this has shown that they’re not as complicated as you thought.

Twitter Facebook
Tweet
Posted in Equipment
The (sort of) Great 400mm Lens Shootout!
“Help, I Can’t Open These Raw Files!”: What To Do When New Cameras are Released