An Overview Of The Fuji X-T2 For Video 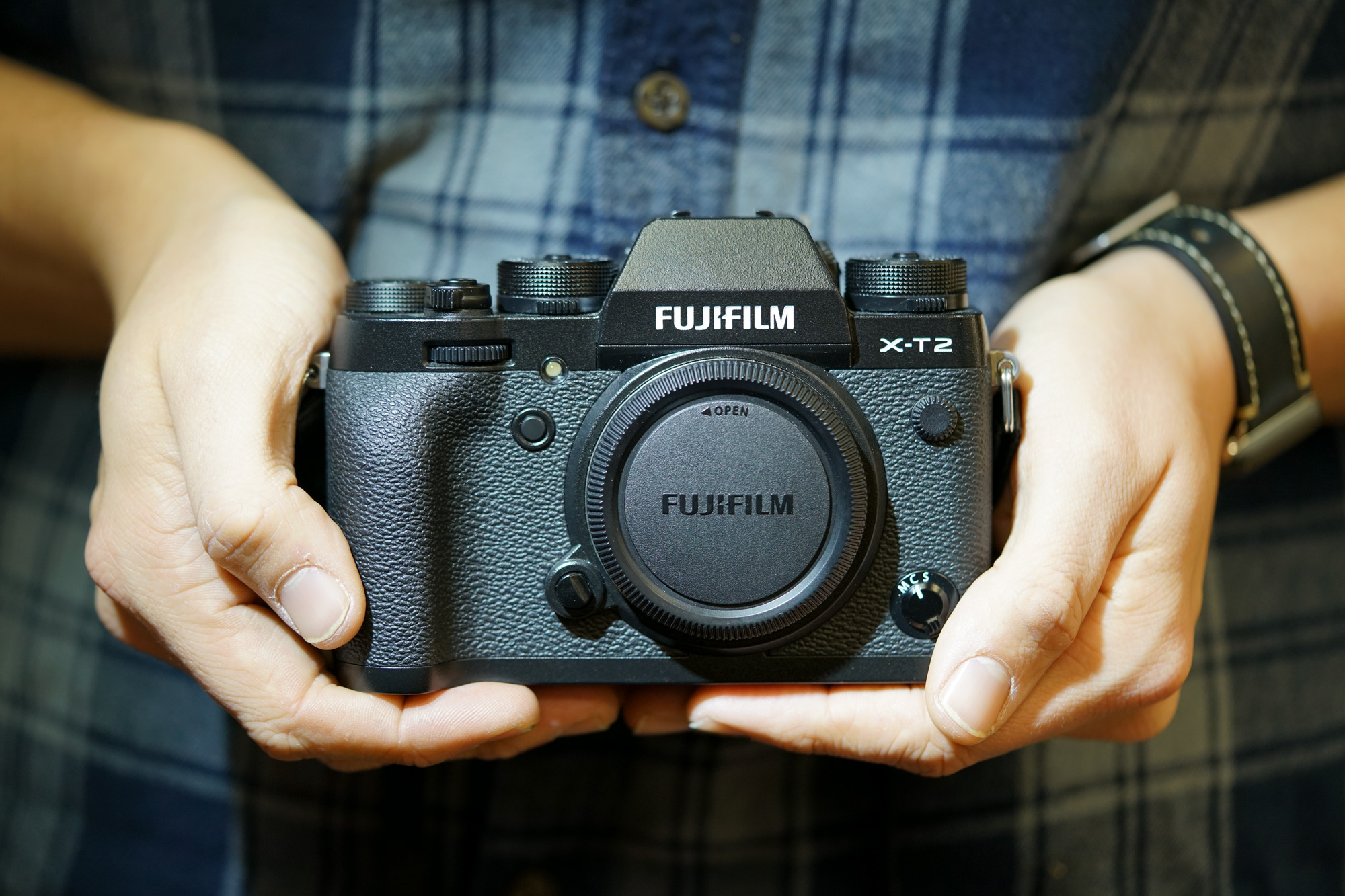 It seems that all the video shooters I know have already chosen their go-to camera system. It’s the brand or camera body that calls to them with an immutable Siren’s song. They have memorized the spec sheets, know every minute curve of every button, and can change settings three menus deep without a peripheral glance of the LCD. I think of the unwavering loyalty of these individuals each time I see a new contender in the video category. What would it take to get them to turn from the comfort of the known? It’s a tough sell for many. On top of that, it’s usually an economically-weighted decision. Buying into a new camera system can mean starting over with most every lens and accessory. The Fuji X-T2 does tempt me. Now, I won’t go so far as to say you should sell off your current video capable DSLR or mirrorless camera this very second and spend the proceeds for a Fuji X-T2 and a long weekend trip across the country, but I will suggest a rental to convince you it’s not as crazy as it might sound.

When the idea was floated to me for an article dedicated to the video capabilities of the Fuji X-T2, I have to admit I scoffed. What could Fuji do in this now very established, digital video world to contend with Sony and their a7 line or Canon, the patron saint of DSLR video? At a time when Panasonic is about to drop the Panasonic GH5, and even Olympus is taking a stab at the video world with the Olympus OM-D E M1 Mark II, I honestly didn’t see Fuji offering much to today’s video shooters. I was certainly wrong to make such a quick judgment. 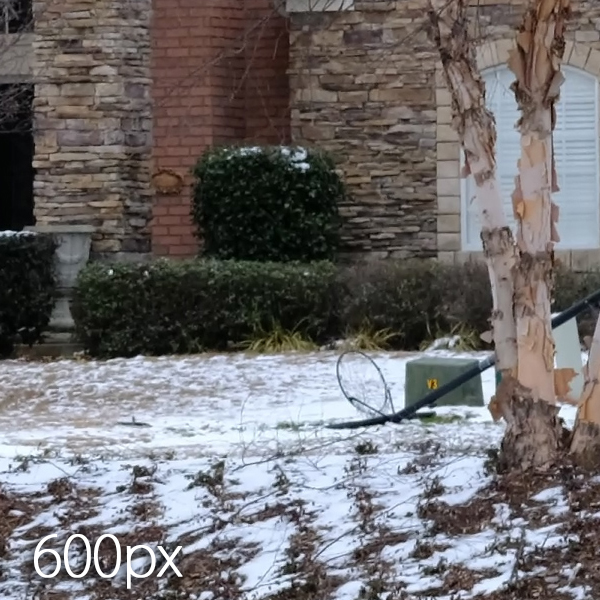 Edges are well defined even at a tight 600px crop of the UHD 4K image.

The Fuji X-T2 has got it where it really counts, and that’s in image quality. It’s a pretty unassuming camera body that falls right in line with the vintage stylings of Fuji’s recent lineup. I’m not one to get nostalgic for dials and leather textures, so that’s mostly wasted on me. The film-like body look certainly doesn’t scream ultra crisp 4K UHD video, but that’s exactly what it offers. I was most surprised by the sharpness of the image that this 6K APS-C sensor produces. It is excellent. There is a slight 1.17x crop at 4K, but it’s not so drastic that your wide angle lens slides into a normal range. The sensor does have its drawbacks. Moiré can get ugly and is worse when recording in 1080p, and the math Fuji uses to downscale the sensor image shows quite a bit of aliasing as well. Power poles and lines pop in and out very noticeably. The colors produced by the sensor are not the most accurate but are pleasing in a way that a camera made by a company most famous for its film should be. Skin tones look great, but those wanting color accurate representations of landscapes might find frustration in the editing room. A film “look” or “feel” is completely subjective, but I would say it leans closer to film in color and contrast at default settings than other cameras.

The image quality can only carry the camera so far, and the Fuji X-T2 does become less appealing as you start to pull back and look at the package as a whole. 4K video clips are limited to 10 minutes for fear of overheating. This can be extended to the standard DSLR/mirrorless cutoff of 29 minutes 59 seconds with the addition of the battery grip. If you plan on using the Fuji X-T2 for serious video work, I would highly suggest this addition. With the battery grip comes the option to triple your battery life and gain a headphone jack. It also acts as a camera riser and allows for easier tripod mounting with larger lenses. I’m looking at you, Fuji XF 16-55mm f/2.8 R LM WR. 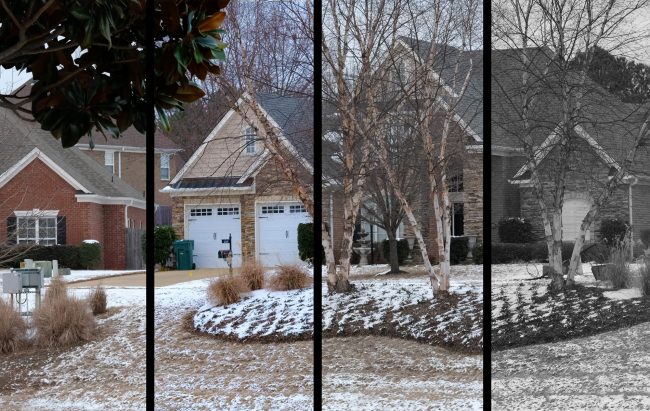 You might think that the size of the Fuji X-T2 makes it a perfect candidate for a lightweight three-axis stabilized rig – and you’d be right. So, I took the X-T2 out on a Movi M5. Even with one of Fuji’s heavier X-mount lenses, the camera body is easy to keep under the Movi M5’s 5 lb weight limit. The weight and form factor are great in this situation, but continuous autofocus can sometimes be jerky. It does a great job of nailing focus on the first try. I would say it’s on par with Sony’s a7S II, but like all other continuous autofocus systems begins to look lackluster when compared to any Canon using dual pixel AF.

With the X-T2, Fuji has continued to include their film simulation options, and they can all be used in video mode. These are fun to play with, but if you plan to do any color correction in post, I’d suggest staying away from them. I can see a use for them in limited cases where the particular look is preferred, and baking it into the video streamlines the creative process. I do have the tendency to overthink my coloring choices in post, and the idea of just letting the camera do the work is at least a little freeing. None of the film simulations feel overdone, and each adds its own bit of subtle flair. If in-camera film looks aren’t your style and you want to eek every bit of color info out of the X-T2, you’ll need an external recorder to capture the uncompressed 8-bit 4:2:2 HDMI signal. Also, this is also the only way to use the new f-log curve that Fuji has introduced on this model. While I appreciate the addition, the restriction to HDMI is limiting for a camera that is supposed to be compact. There are few 4K recorders that don’t double or triple the size of your rig. That’s a lot of trouble for the amount of dynamic range you get back with f-log. I’d like for it to be a much more aggressive curve.

The lowlight performance of the X-T2 is better than the Fuji X-T1 and similar to other 4K crop-frame sensors but can’t compete with that of the Sony A7s II. I found footage usable up to ISO 3200. Grain becomes evident past that point but is handled pretty well by in-camera smoothing. As you would expect, noise reduction compromises the sharp 4K image that draws me to the XT-2 begins to degrade edge sharpness pretty quickly. Speed booster adapters are available for some lens mounts, but I’d always prefer better sensitivity with native glass.

What I Liked:
The 4K images produced are very sharp.
Build quality is great.
Even at the $1600 MSRP, this camera is a bargain.
It also makes for an outstanding stills camera.

What Could be Improved:
F-log could be more aggressive and added as an in-camera option.
Moiré shows up often and is even worse at 1080p.
Low light performance is adequate but could make this camera stand out if improved.
Video options are slim. Continuous AF tweaks would be nice to have.

There are a lot of things that Fuji does right with the X-T2, and I don’t think you’ll find a sharper 4K image for $1600. This camera is very close to competing with others that cost twice as much, but it’s the little things like f-log restrictions and finer control of continuous autofocus that keep it from getting there. The Fuji X-T2 is still an easy camera to recommend to someone who wants a great stills camera that will also record great looking 4K video, and if you are already bought into the Fuji ecosystem, it becomes a must buy.