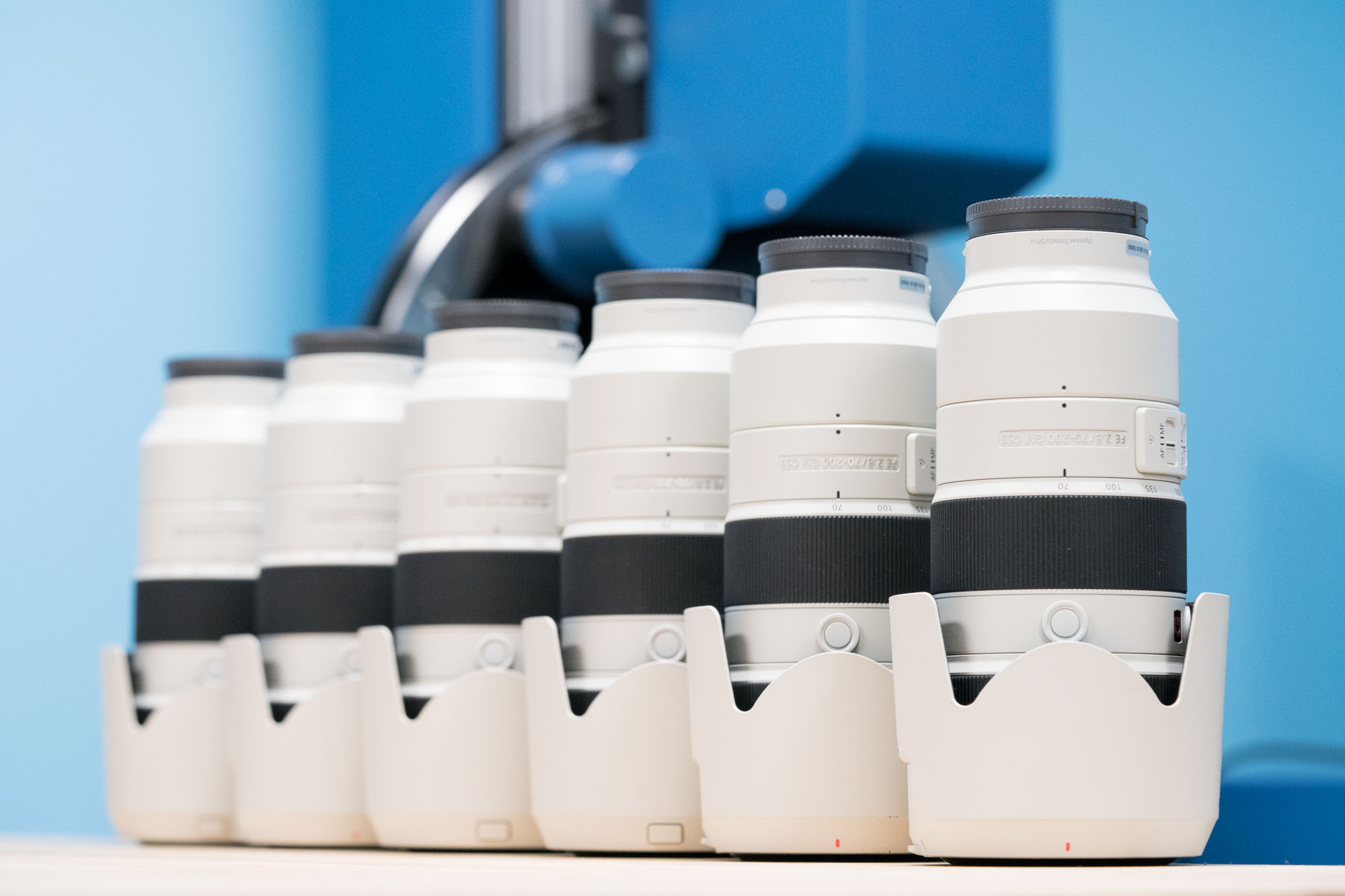 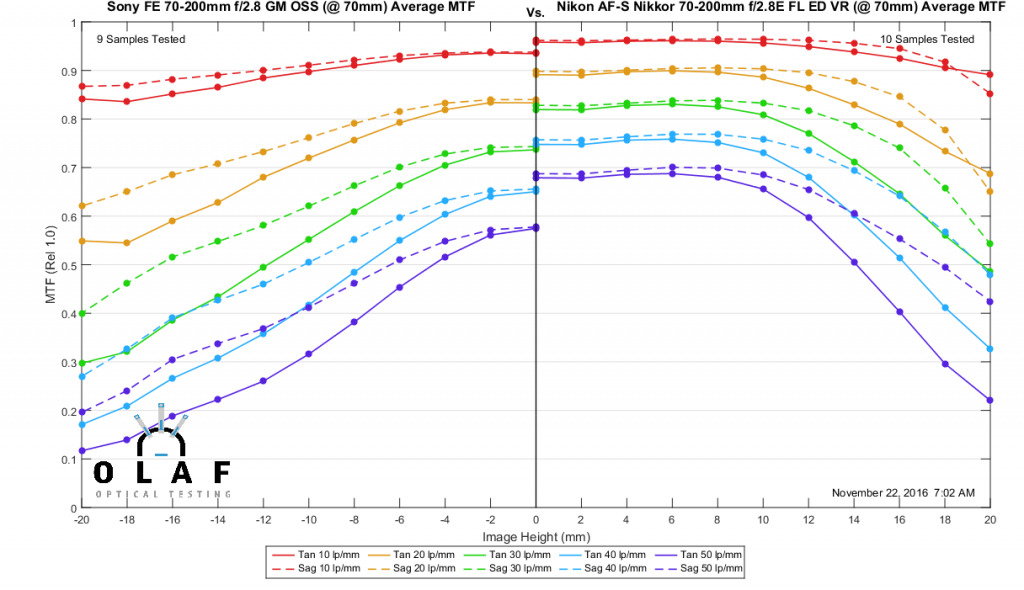 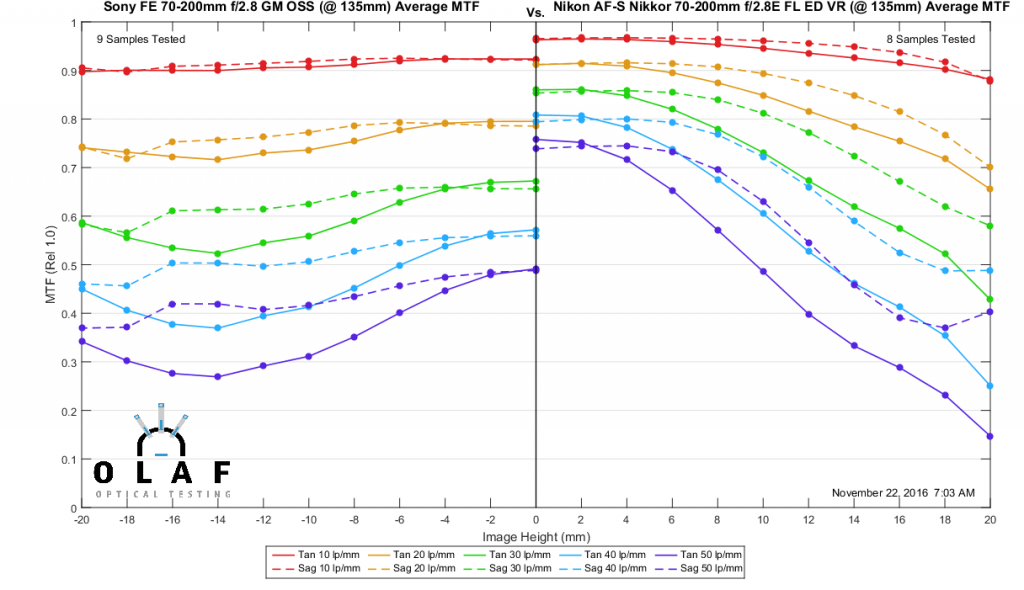 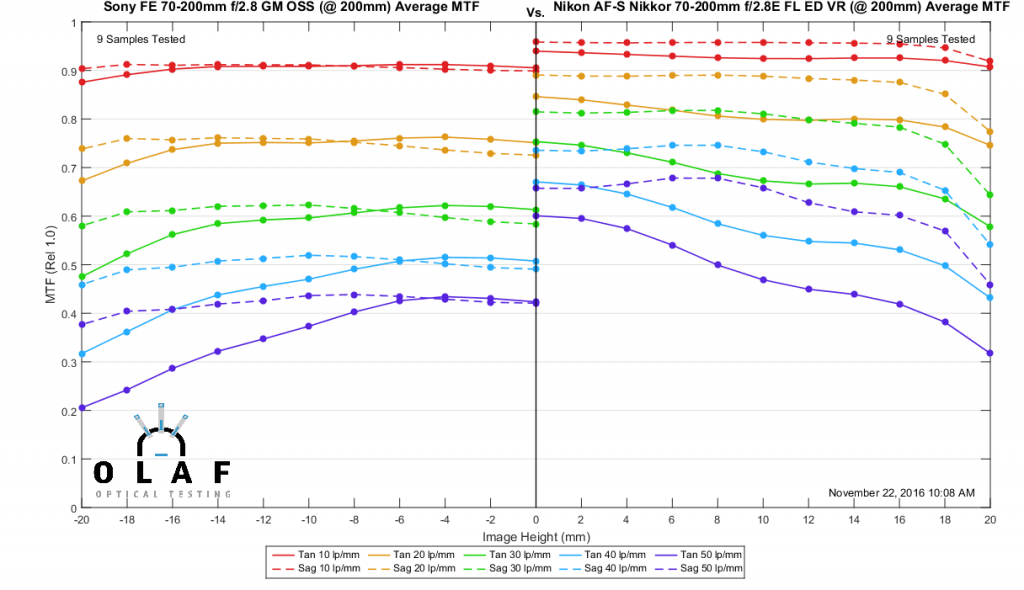 These are not very good looking results, especially for a $2600 lens, but Roger wasn’t sure if they were correct results. In his comments after these charts he said:

Let’s kind of keep this here for right now – I haven’t published it because I’m still a little uncertain about the results. Sony has suggested that a change in cover glass thickness might improve the results some. Not dramatically, but some, off-axis. This lens also has to focusing motors and we have to focus it electronically via a camera to test. I’m not absolutely certain that ‘setting it at infinity focus on the camera’ and ‘manually focusing on a an object at infinity’ are absolutely the same. So take these lab results with a grain of salt. On the other hand, they do seem to agree with what we see in real world results.

I try hard not to put out anything until I’m just absolutely certain our results are correct. We’re doing some stuff here that’s pretty cutting edge, honestly. No one does 4 rotation MTFs, for example. I’m pretty certain these are good results, but not absolutely certain. So I’ll post them in this discussion on my own site but I’d rather not see them reproduced all over the internet yet.

Someone suggested we try all three 70-200s on their respective camera bodies and shoot the same detailed scene with each, then share the files. But that would involve three different cameras and wouldn’t really be an apples to apples comparison, would it? Roger suggested he have one of our photo techs shoot all three lenses on a Sony camera with adapters, admitting that adapters add another variable, but there would be some good practical implications. 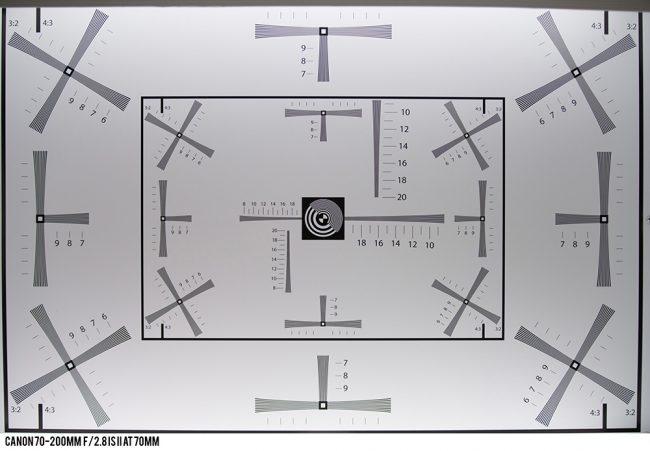 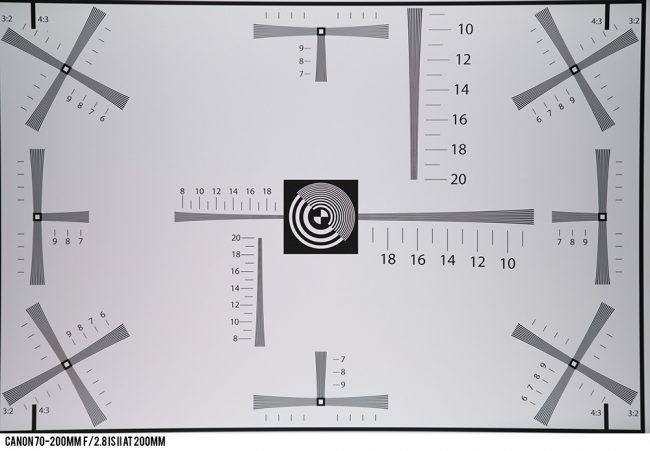 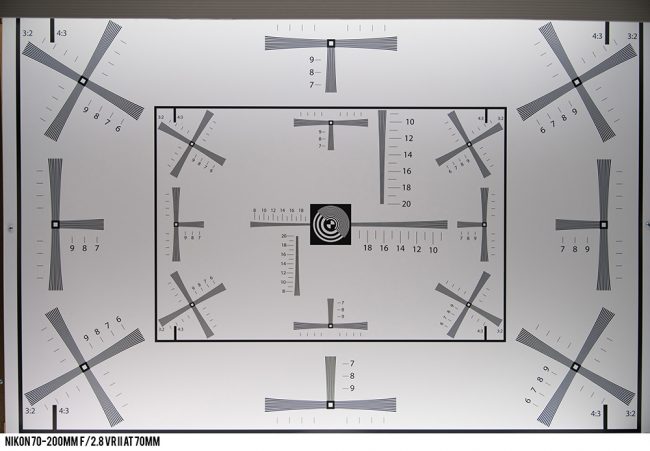 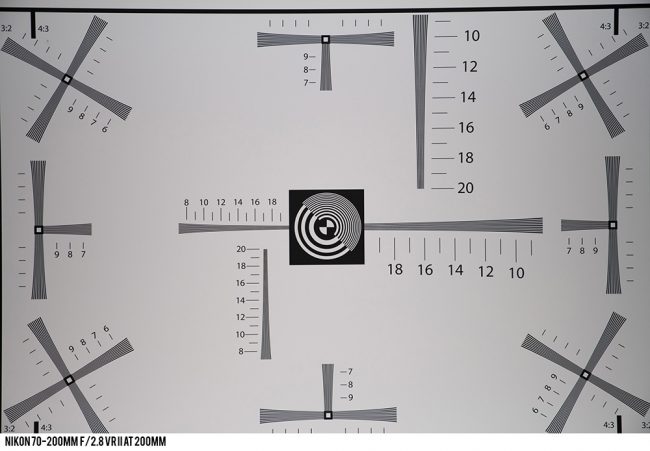 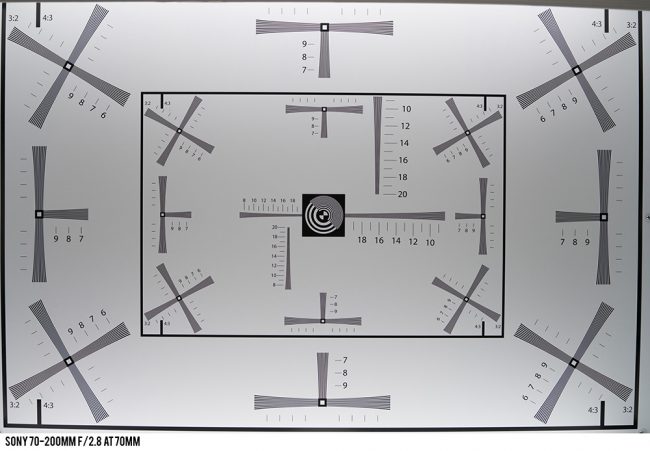 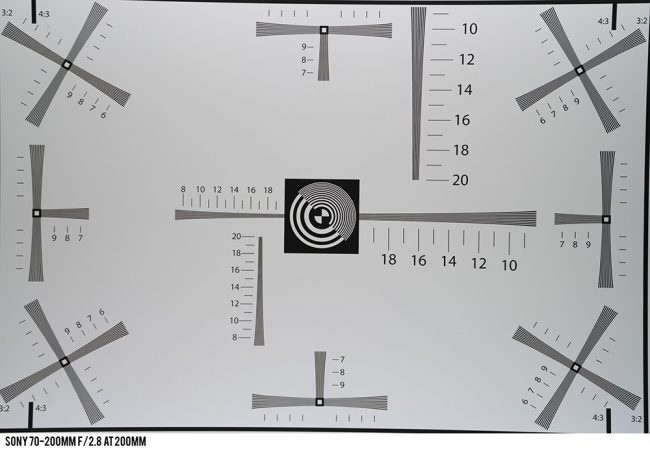 If you view the charts at 100%, you’ll see that they’re consistent with the MTF charts Roger generated for all three lenses. The Sony just isn’t that great, and that’s really disappointing considering the price tag and how long customers have had to wait for that lens to be available. But if you need f/2.8 and working autofocus, it’s really the best option out there for Sony mirrorless cameras.