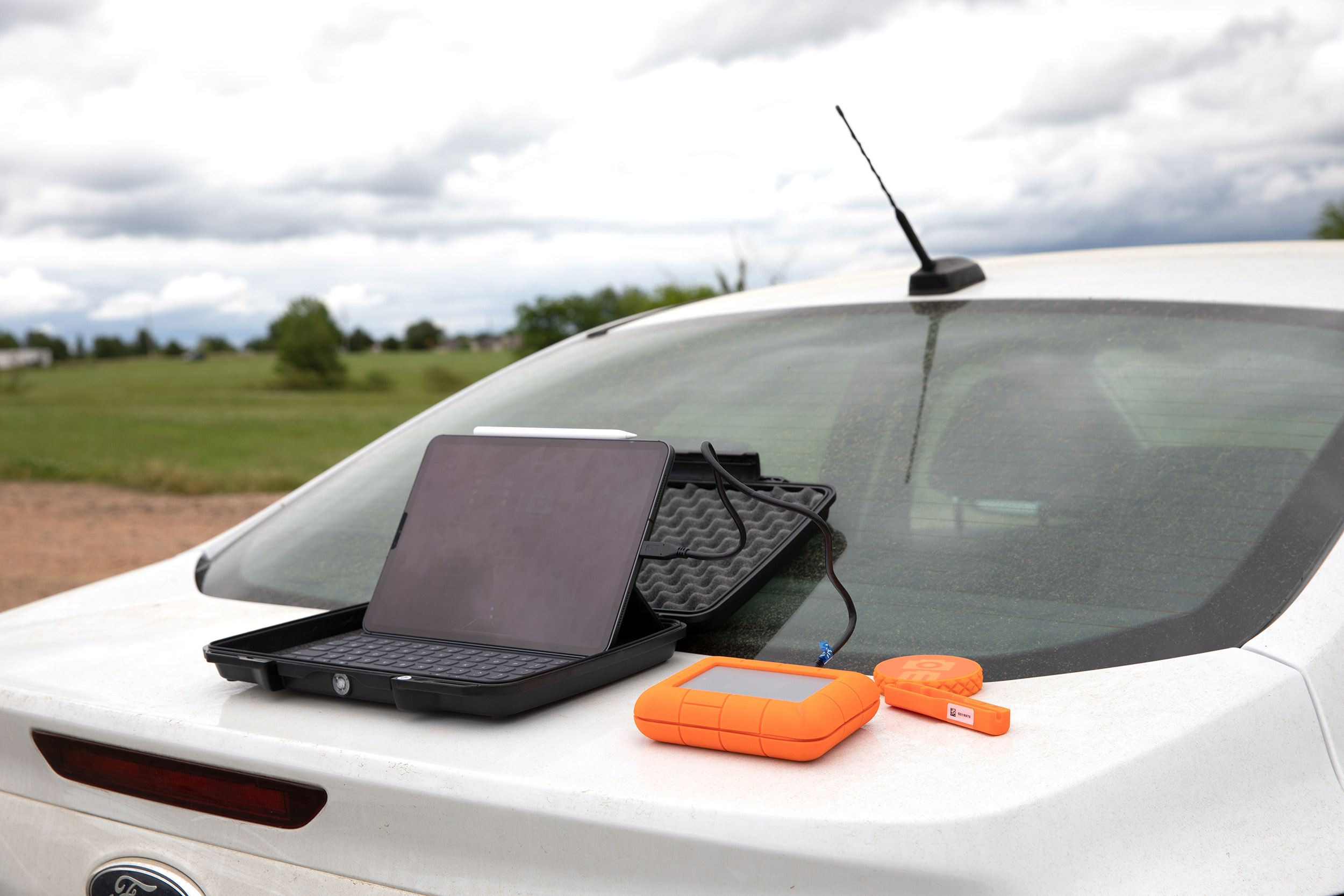 Have you heard you’re not supposed to look at your phone for an hour before bed? How about that you should be drinking 125 ounces of water per day? Are you at least checking the batteries in your smoke detector every 30 days? Advice like this should be easy to follow. It’s all pretty low-effort; the rewards are clear. But it’s hard to start a habit. Here’s another one: You know you should be backing up your media on-site, right? There’s pretty much no good reason not to do this. It’s not difficult. It doesn’t take long. External drives don’t cost much. The risk of losing work is serious. But the small hurdle of bringing along a laptop and stopping work to watch a progress bar is often enough for people to roll the dice and not transfer media until the shoot is over. The LaCie Rugged Boss drive is designed to remove as many of those excuses as possible, and I took one out in the field for an afternoon with a Canon 5D and an iPad to try it out.

At a basic level, the Rugged Boss is an SSD with an internal battery and a small processor inside, allowing you to back up in the field without a laptop. While LaCie makes other models with higher capacity and Thunderbolt capability, the one we carry is the 1TB USB 3.1 Type C version. We thought this was the best balance between affordability and feature set. Thunderbolt is nice to have, but most users won’t need that kind of speed, and the 1TB capacity feels like plenty for a single day’s footage. If you’re shooting more than that per day, you’ll probably be better served by a laptop and an actual DIT. 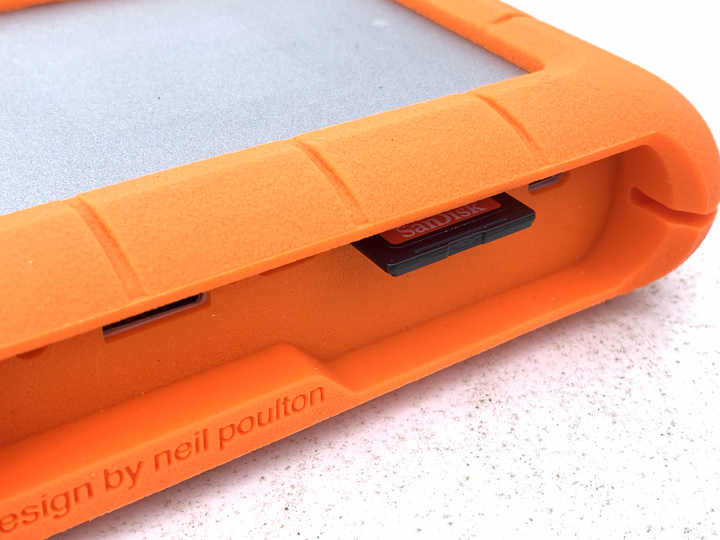 The drive has a single SD card slot, so if you’re using SD media, you won’t even need a card reader. Just pop the card in, press a button, and you’re good to go. For any other media you’ll need a card reader. That said, the drive has built-in USB-C, USB-A, and microUSB ports, so you should be able to find a compatible reader for whatever type of card you’re using. Be aware, though, that, at least in our testing, the software in the drive doesn’t seem to work very well with USB-C card-readers that have built-in cables. So far, luckily, it seems to be compatible with every reader we carry that has a USB-C output with a removable cable, which is the vast majority of them. 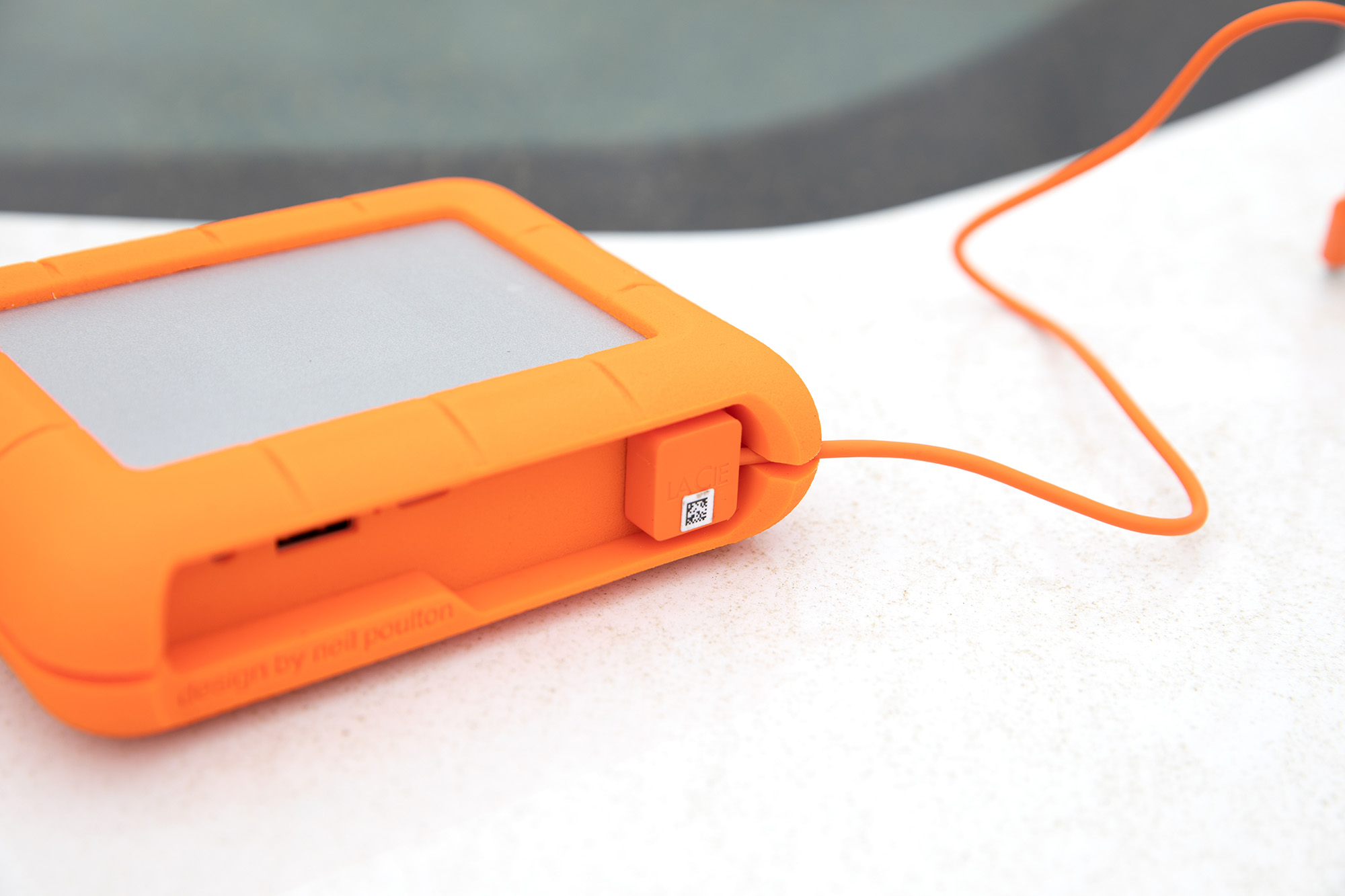 There’s only one button on the thing, so it takes a little learning (the quick start guide will help), but once I figured out what I was doing, the transfer process was super simple. Just pop in the card or connect the reader, confirm the transfer, and you’re pretty much done. You can wait until the transfer is complete or, if you really need to get back to shooting quickly, start a fresh card and get back to work. The drive will go back to sleep if it’s inactive for a bit when the transfer is finished. Menus, progress bars, and confirmations are all displayed on a pretty clever LCD screen below the aluminum body of the drive itself. I thought this was a great touch because it made me feel a lot more confident just tossing the drive into a bag than I would’ve been if it had a legit screen, plus I’m guessing it helps a lot with battery life. It is a little difficult to see in broad daylight, though, so I wish, especially since this is a device explicitly meant for use in the field, LaCie had been able to make the screen a little brighter.

Anything more complicated than a simple file transfer, though, is done on your phone, so you luckily won’t be looking at that screen very often. LaCie, I think wisely, went with a physical connection for this. The drive includes a microUSB cable and a lightning cable, so it’ll work with most phones on the market, and the cable is designed to stay plugged in all the time. It’ll even charge your phone from the drive battery if it’s above a certain percentage, which is handy. All in all, the app works well. Connections and file transfers are quick, thanks to the physical connection, and there are helpful features built-in like checksum verification and cloning to connected external storage. Importing media and posting to, say, Instagram, is easy enough with just a phone that I could absolutely see going on a vacation or something with just this drive, a phone, and a camera, no laptop necessary.

Where the Rugged drive really shines, though, is in combination with an iPad. I shot for a few hours in a park here in Memphis, and I loved being able to just take occasional breaks, open up whatever I had on the drive, and make edits directly in Photoshop without having to drag a laptop around. In fact, interface-wise, I far prefer field editing on the iPad to field editing on a laptop. Don’t get me wrong; I’ll always be able to fine-tune better with the calibrated monitor in my office. But if I’m going to work in a park (which is great, go work in the park), I prefer the pencil and touch controls on the iPad to the cramped keyboard and touchpad on my laptop. The obvious bummer for this workflow is that Photoshop for the iPad doesn’t yet support RAW files, and I’ll admit that’s a huge limitation. Lightroom does support RAW, though, and I have to assume that feature is one of the most requested for the still pretty new iPad version of Photoshop, so hopefully, this isn’t a problem for too much longer. 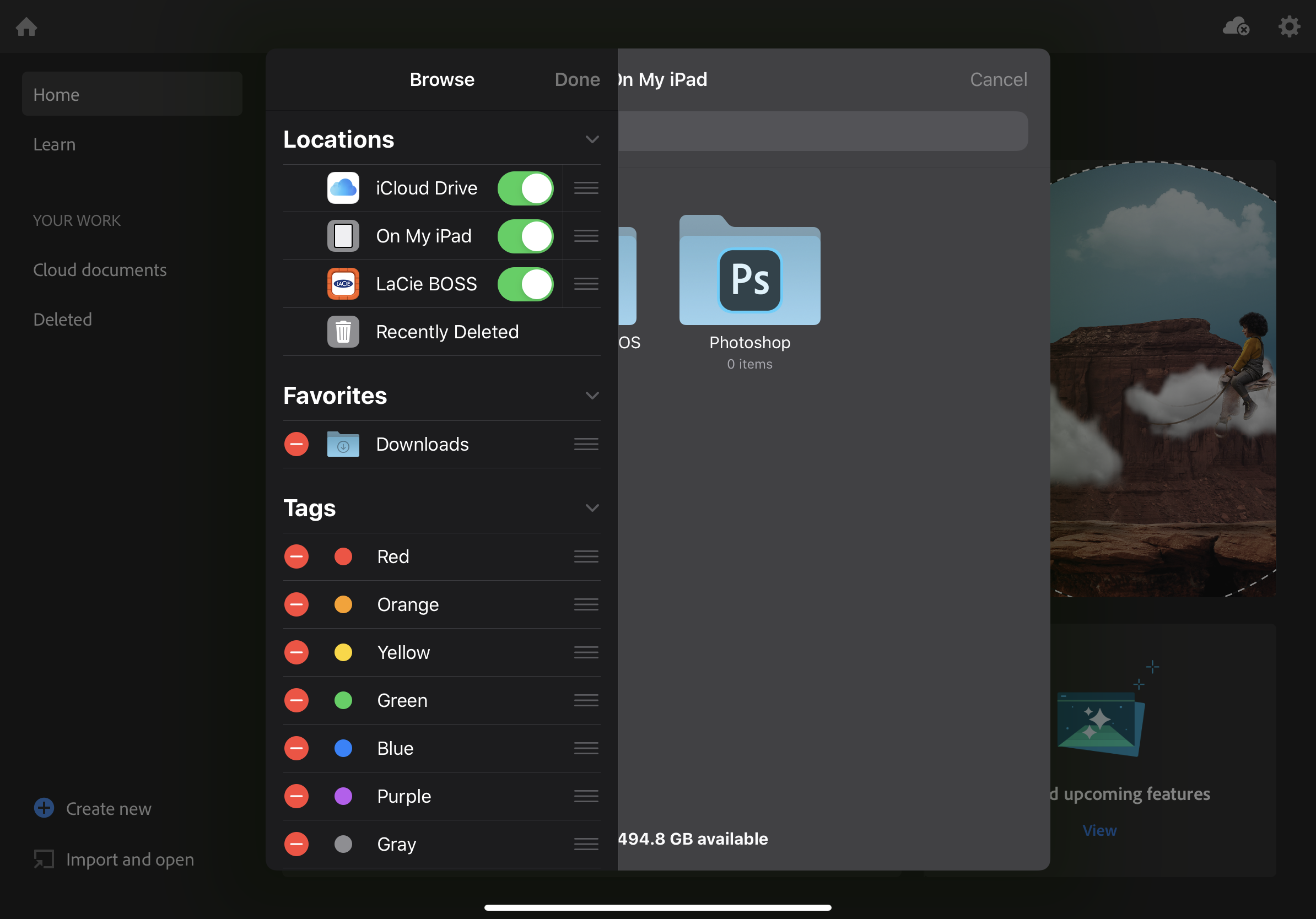 Cost is another on my shortlist of cons for the 1TB Rugged Boss. LaCie drives have always been a little more expensive than their competitors’. You can find much cheaper 1TB SSDs from companies like Samsung and Western Digital. I’d argue, though, that the premium you’re paying for here is well worth it, especially for a rental. It’s a real relief knowing you can go out for a shoot with nothing but this drive and a camera and still be able to manage your data, make basic edits, and post highlights. And, if not needing to haul a laptop around with you is the kick in the pants you need to finally start backing up your cards in the field, it’ll pay for itself in the peace of mind.