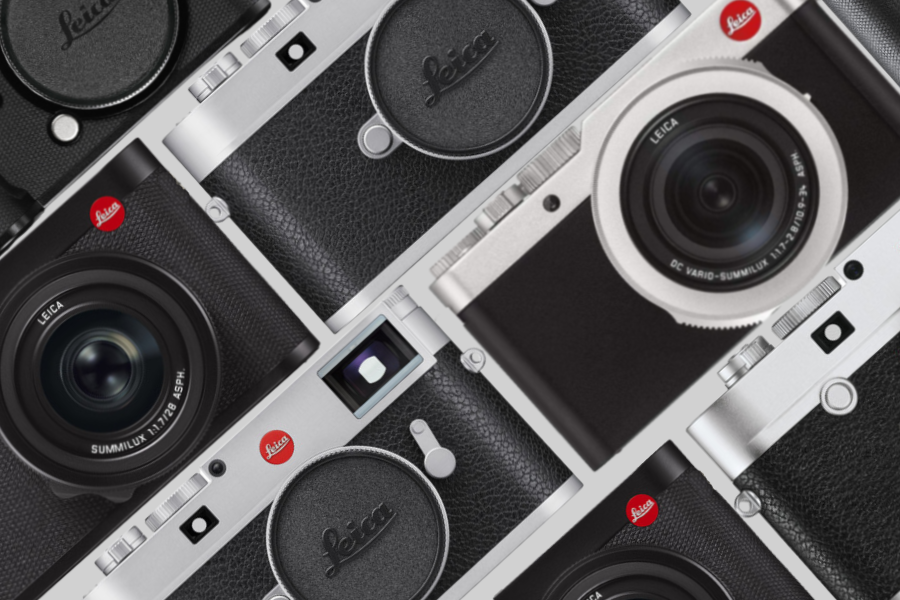 I’m always inherently a bit of a skeptic when someone’s explanation for something involves a ‘magic’ or a ‘minutia’ that can’t quite be explained. When someone offers an explanation to reasonings for what gear they use, I want them to take a pragmatic approach – This lens is much more robust than the alternative; this sensor offers two extra stops of dynamic range, etc, etc.

As such, I’ve always been a little skeptical of Leica. Sure, their lenses are fantastically sharp, and their cameras are cool to use and have a great film aesthetic. But the price hasn’t ever justified the specs for me, and the common reasoning I’ve heard time and time again is “Leica photos just have a special look to them.” This is the reason that they can sell exclusively black & white cameras, why they can charge $10,000 for cameras that don’t offer anything particularly special on the spec sheet, and why they can remove digital screens from their cameras altogether.

But also while borrowing a couple of Leica kits for the weekend, I wanted to do a similar test with the “Leica look”. The Leica look is something talked about for decades at this point, from forum posts, to educational articles, to even film presets sold under the moniker. Since Leica makes their sensors (unlike Nikon and Fuji at this point) and has been making cameras, lenses, and scientific equipment for over a century now, it’s easy to take the Leica look in good faith – but in the era of digital photography and RAW capabilities, does the Leica look actually exist?

To test this, I decided to put the Leica M10 and Leica 50mm f/1.4 Summilux up against my old Canon 5d Mark IV and Canon EF 50mm f/1.2L. In the interest of fairness, I shot all these photos in JPEG (to capture the sensor’s true color profiles) and with equal camera settings and white balances. Additionally, I made the images available to you to vote on, to see where you stand on the ‘Leica look’.

For comparison, a Leica M10 and Leica 50mm f/1.4 Summilux ASPH system would cost you roughly $13.5K new, whereas the Canon 5D Mark IV and Canon EF 50mm f/1.2L can be had new in the neighborhood of $4,000. And while I didn’t put these cameras through the wringer, I did decide to take photos of various things throughout my day, to see if the basic color profile of the Leica offered something special over the Canon system.

So as a result, these images aren’t a test of camera features, or even bokeh, but rather, if the Leica look exists within the color rendering of its images. To my surprise, I did find some pretty significant differences in the two camera’s color renders when shooting in jpeg – especially in the greens and yellows. However, I didn’t see how one was better than the other – just different. But that may be my cynicism poking through.

Below are the images taken with both the Canon 5d Mark IV, and the Leica M10. Clicking on these images will give you an enlarged version of them, making the comparison easier. Both sets of images were shot with manual focus (and one of the comparison images is slightly out of focus (blame me and my coffee-riddled body, not the cameras)), and designed to test the color rendering of the systems. Can you tell the difference? Take a good look at the images below, and prepare yourself for the test to follow.

As mentioned above, I was surprised to see such a color rendering difference between the Leica M10 and the Canon 5d Mark IV – particularly in the greens and yellows. By default, I did prefer Leica’s rendering with the majority of the images. However, with RAW processing, the differences in each of the images are very minimal – simply because I don’t generally shoot in JPEG. With the incredible flexibility of editing that comes with RAW processing, each camera feels very similar in its sensor capabilities. Neither camera is clipping colors, so the flexibility is endless when editing one to look like the other. And so, am I impressed with the Leica look? No more impressed than I am with the Canon look or Sony look. Both cameras’ RAW iterations of the same photos offer a more muted color profile and contrast, and when processed with Capture One or Lightroom, can look nearly identical with a few small adjustments. Both cameras sit at different starting points, but the finish line is the same.

But what do you think? Feel free to chime in with your deductions and quiz scores in the comments below. And I’ll be sure to chime in in the next day or two with the results as a whole.

I’m Zach and I’m the editor and a frequent writer here at Lensrentals.com. I’m also a commercial beauty photographer in Los Angeles, CA, and offer educational workshops on photography and lighting all over North America.
Twitter Facebook
Tweet
Posted in Equipment
Nightscapes with the Nikon Z7 II in Big Bend National Park
The 2022 Guide to Video Batteries