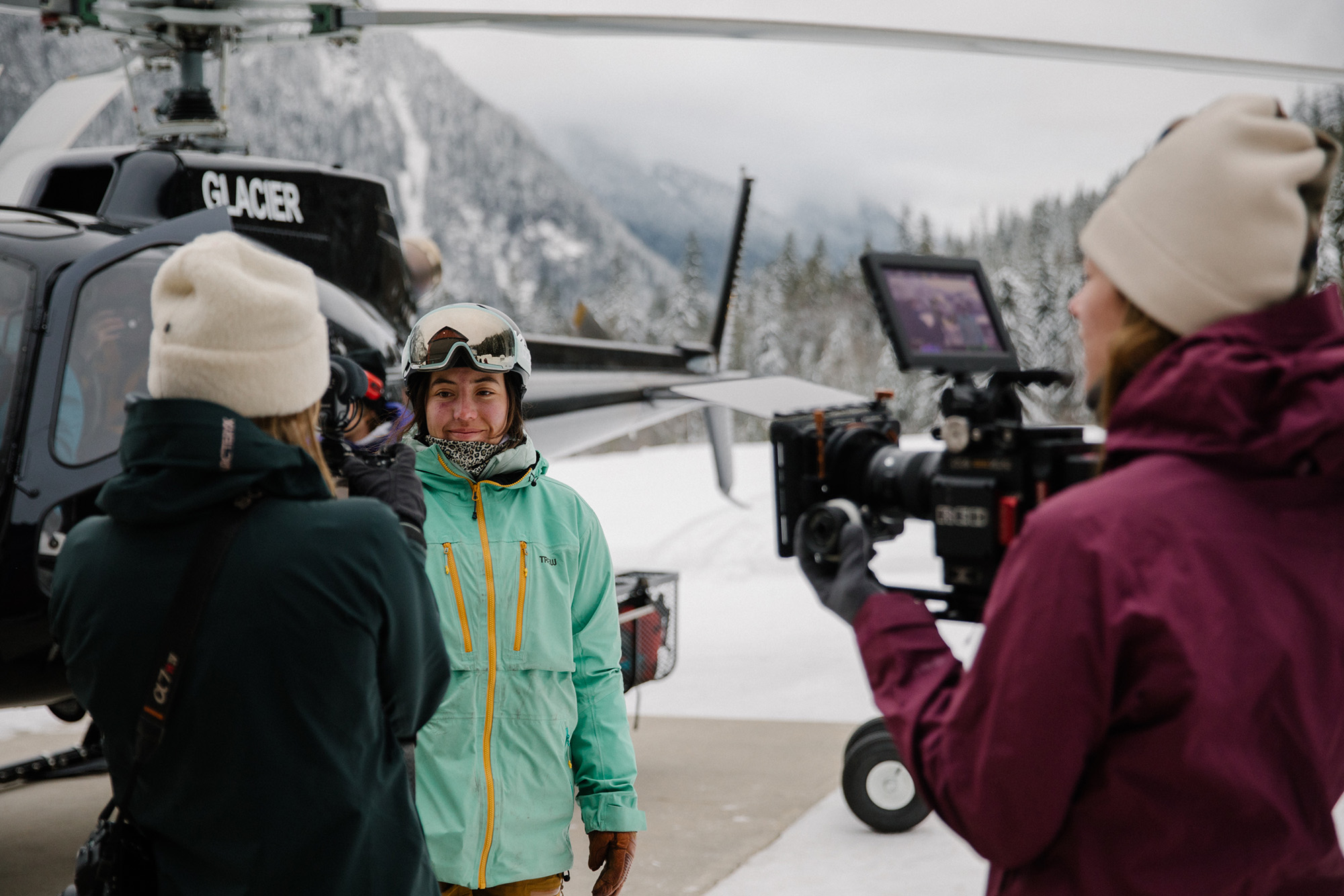 A few months ago, we were able to sit down with Lensrentals.com customer and filmmaker Shannon Corsi, as she told us about her upcoming project, Nexus – a documentary focusing on five groups of female skiers, as they highlight their love for winter sports and the challenges that come with it. Well, a lot has happened in these few short months since our last interview with Shannon – most notably a trailer and scheduled release date – and so it felt right to check back in and see how the production has gone, is going, and what we can expect from this upcoming release that we’re both interested in and proud to support.

When we last spoke with Shannon, it was early March. She was just wrapping up on filming for the winter season, and still piecing together what footage she had, and what she learned along the way. As a refresher, Shannon is a photographer, producer, and director specializing in commercial photography with a highlight on outdoor sports and lifestyle. Through the help of her co-producers, Katie Lozancich and Sophie Danison, Shannon and her co-producers noticed a trend in professional skiing documentaries and narrative-driven films – most of them were male-focused. And through the course of the next couple of years, Shannon and co-producers (Katie Lozancich and Sophie Danison) worked to create an inspiring film where skiing and women within the sport were the focus.

Perhaps the biggest learning lesson the Nexus team learned when filming this production, was to be both organized and flexible. “Production is pretty complex on larger scale projects like Nexus! There are a lot of logistics around things like travel, permitting, budgets, booking guides, communication with brands, ordering the correct gear, etc. Most of that isn’t super exciting, but it’s important and time-consuming. Getting good ski footage is weather-dependent, which means that if snow conditions don’t line up, your entire game plan can change at the last minute.” Shannon tells us. And with a weather-dependent shoot and lingering time constraints, it’s important to make sure you don’t miss a shot, as resetting is time-consuming and expensive. “For most locations, film crews are split up into two groups. This usually looked like having a crew on a nearby ridgeline shooting with long lenses, and the other team was either on-slope with the athletes or on a separate ridge. Our media teams were usually 4 or 5 people; one or two stills photographers, two cinematographers, and a drone pilot.”

While the production was a huge success, it didn’t come without a few hiccups. “The largest hiccup was really that this last year was one of the worst snow years for the lower 48 on record in recent memory. It just didn’t snow, so the constant pivoting of plans was really tough. We finally got great conditions in April, up in Alaska, which was such a relief.” Shannon tells us.

Lensrentals.com was excited to work with Shannon and the rest of the team to help bring this idea to life, giving her access to some of the best cinema footage available. “We shot the whole thing using REDs. We used a few different models, including the new RED Raptor, which was awesome. Barbie crews were shooting with long lenses; we usually had multiple 100-400mms and 70-200mms, one time, we got to try the new Canon RF 100-500mm (it lived up to the hype). We also had a 30-300mm on a RED Komodo in Alaska. For on-slope crews we had a variety of wider lenses; a few 16-35mms, 24-70mms, and a 14-24mm. For narrative or lifestyle scenes, we had a solid selection of cine primes on hand. There was also a huge range of tripods, gimbals, easy rigs, and accessories – one time we printed out our gear list to get across the Canadian border and it was 6 pages long. I have a shot of my car filled floor to ceiling with pelican cases and packs of camera gear from that trip.”

And as for gear, Shannon Corsi couldn’t say enough good things about the RED Raptor. “The REDs definitely made all of the difference. The Raptor was awesome – it had such insane power packed into such a tiny body.” Shannon writes us.

We’re excited and proud to have been a small part of bringing Shannon Corsi‘s, Katie Lozancich‘s, and Sophie Danison‘s idea of Nexus to life, and we’re excited for its upcoming release in just a little over a month. The trailer is embedded into this article above, and you can watch Nexus in all of its beautiful high-definition glory on November 9th, on the Arc’Teryx channels.

I’m Zach and I’m the editor and a frequent writer here at Lensrentals.com. I’m also a commercial beauty photographer in Los Angeles, CA, and offer educational workshops on photography and lighting all over North America.
Twitter Facebook
Tweet
Posted in Customer Stories
The 2022 Guide to Video Batteries
Is AI Art Generation Going to Destroy Art as We Know It?