*THIS IS NOT A CF CARD! IT WILL NOT WORK WITH ANY CAMERA THAT DOESN’T MENTION BEING XQD-COMPATIBLE.

The Sony 16GB XQD H Series Memory Card is a high-speed memory card in the new XQD format. While physically smaller than CF cards, it offers increased speed and reliability over the former. Since the XQD format doesn’t use the same pin-design as the CF format, you no longer have to worry about damaging your camera from a misaligned card. Instead, this new format uses a variation on the PCIe computer interface to communicate data. The H-Series XQD offers 125MB/s read / write speed, making in perfect for shooting continuous RAW images, as well as HD video. 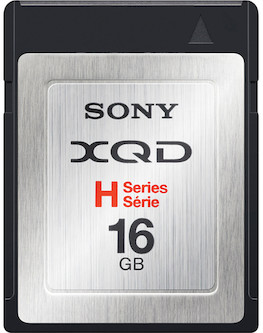