First and foremost, this is just a point of information  – something worth knowing about if you own this lens or are considering buying it. The Tamron 24-70 f/2.8 VC is an excellent lens, but as with so many new products, early adopters are always serving the role of beta testers. I wouldn’t be surprised if Tamron hasn’t already fixed the problem quietly, but just in case it happens to some of you, we thought it worth posting.

We’ve had this happen now with about 10% of our copies so I suspect others have had it happen, too. Or perhaps not – our lenses get shipped everywhere and we all know how carefully boxes get treated during shipping.

Anyway, here’s a photo of the third copy to have what we call “second element syndrome.” As you can see the front group is just fine but the single-element second group has fallen off of its mount behind the front element. Notice the white blob at the 2 o’clock position on the second element? That’s one of three bits of glass glue that hold the element in place. No shims or clamps for this element. 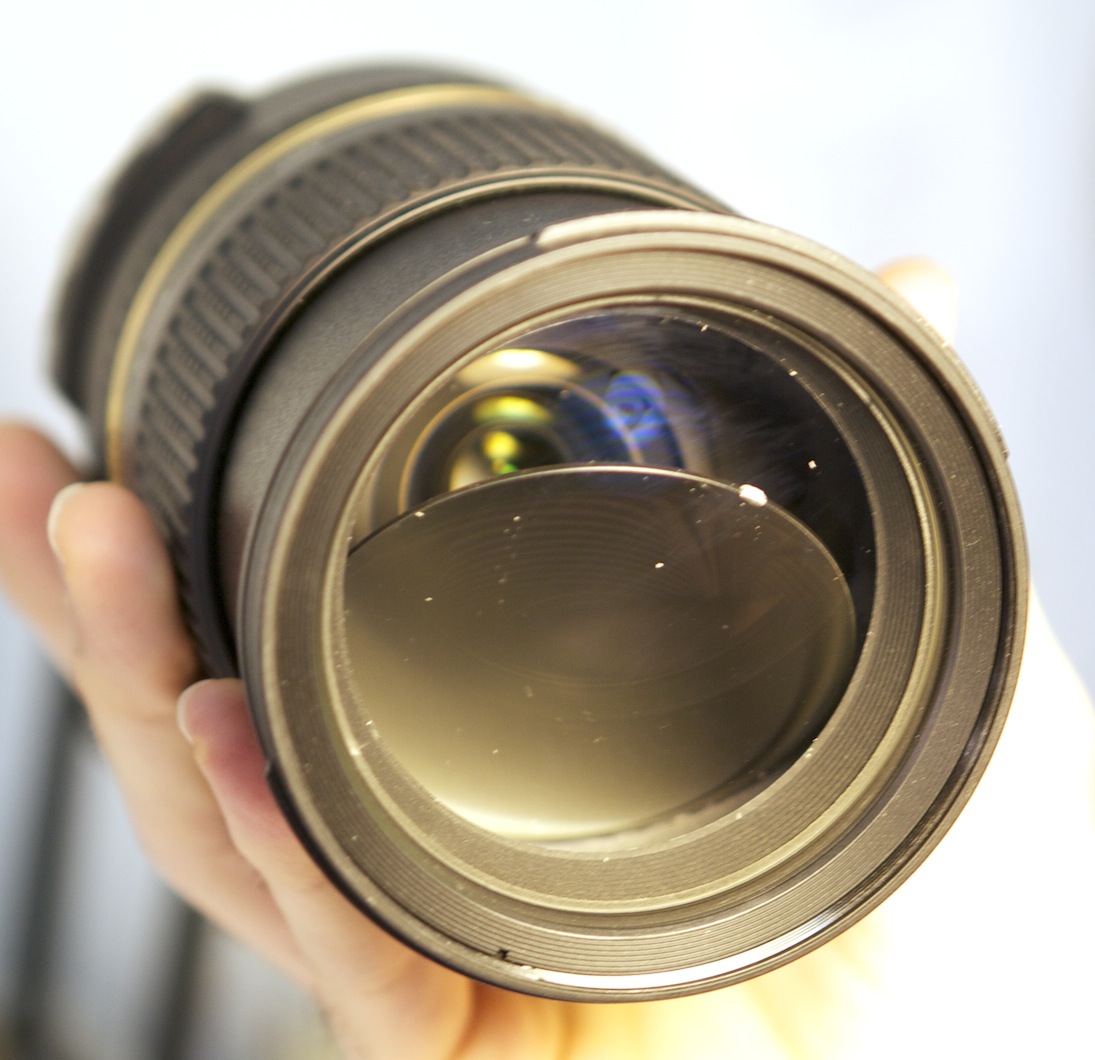 It’s not unheard of for an element to be glued into place rather than held with clip or screw-in rings, but, this is certainly one of the larger glued-in elements we’ve seen. It’s thin and not very heavy compared to the front element (below) so I can understand someone thinking glue might be enough for it. 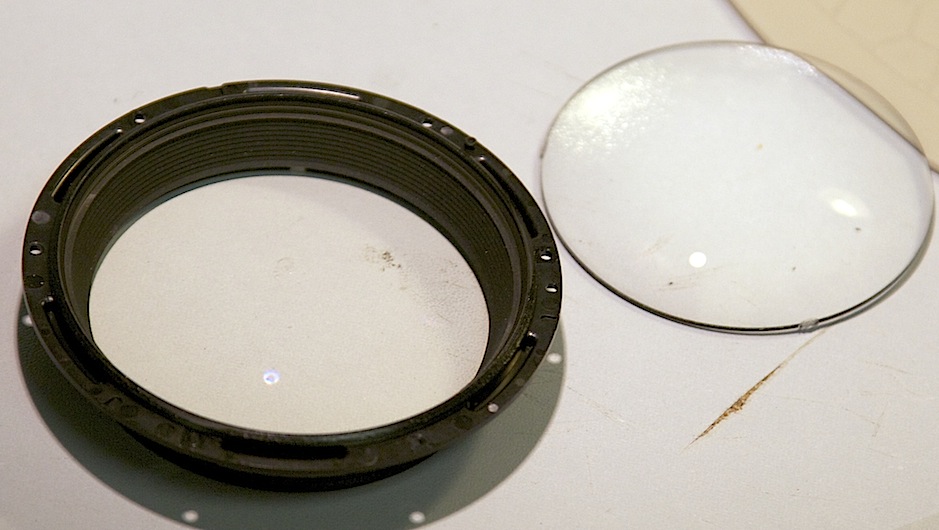 We’ve only seen it in copies that have been used (and shipped) several times so it may be far less likely to affect your own lens. On the other hand, we haven’t really seen this in any of the other 10,000 odd lenses we own, so it probably is at least a bit of an issue.

If you’re handy and notice it right away, it’s no big thing to remove the front element and glue the second one back in place. But since these are all fairly new you should be covered under warranty. Unless you get the dreaded ‘impact damage’ notification when you send it in. For our copies, impact damage certainly is a reasonable assumption, though. They’ve been shipped after all. In our experience with Tamron repair, they don’t play the impact damage card very often, so I wouldn’t worry. 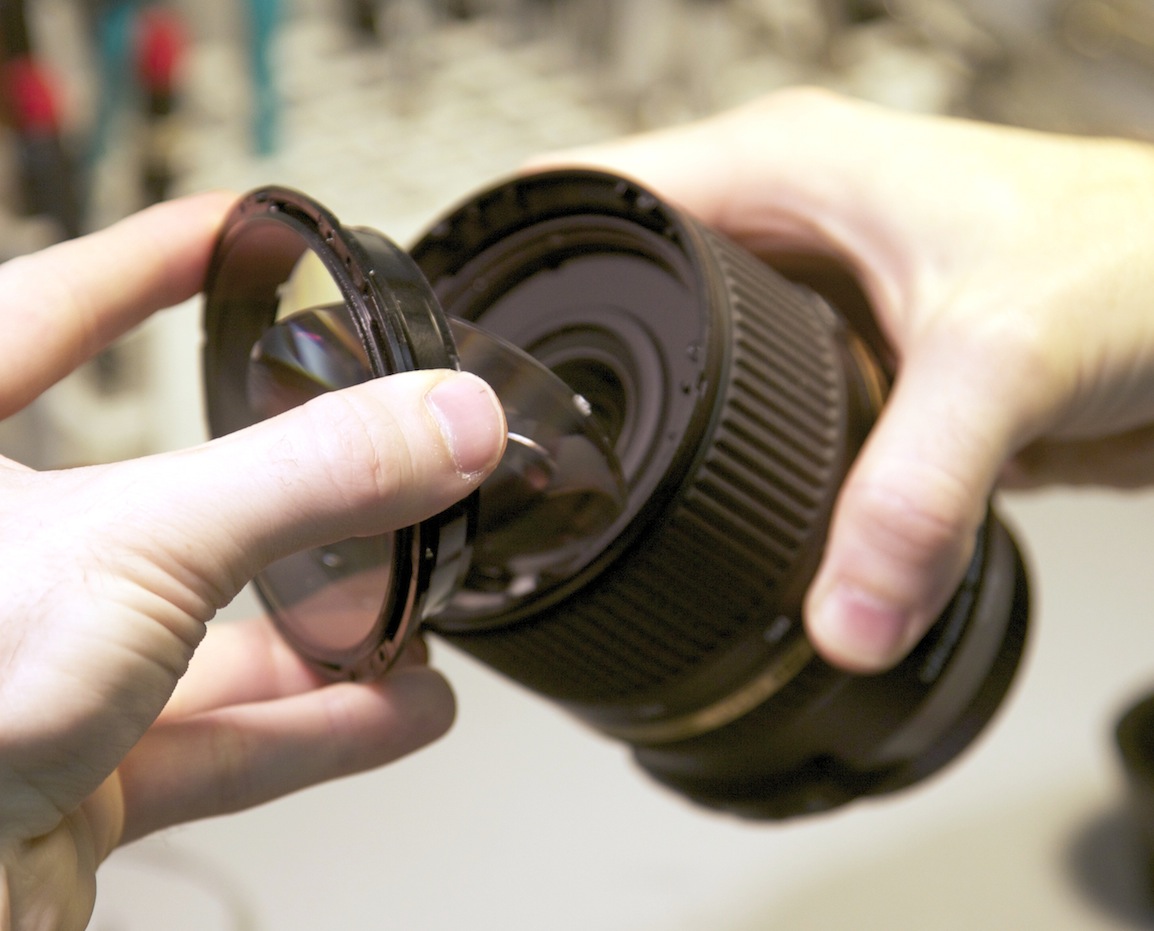 I suspect Tamron is already aware of the issue and is changing glues or securing the element in some other way going forward. But you early adopters out there might want to keep an eye on your lens and make sure the second element continues to look firmly seated and not loose.

Addendum: I spoke with Tamron, USA who assures me they haven’t seen this problem at all before now. That would seem to indicate that our habit of shipping things all over the country is certainly contributing to the problem.

I was very impressed with their response. Rather than just telling me “there is no problem”, they’ve taken the report very seriously and sent this lens back to Japan for further analysis to make certain there isn’t a problem with the glue used or the way it was applied in this copy. I certainly wish more manufacturers would adopt this “let’s see if we can find an problem” attitude. As an aside, I mentioned I was impressed with how rapidly their repair department got to this lens and was told very clearly that they get to every repair within 3 days. Now that is impressive!!!