As a photographer who has used nearly every lens in Canon’s repertoire, it’s rare to find one that truly impresses me beyond the ones I own and love. For the longest time, I’ve grown content with my current lineup (which is an overwhelming collection of prime glass), and haven’t had much gear lust over the last few years for new stuff. Well recently, on a trip to Albuquerque for headshot sessions, I decided to go overboard, and rent the Canon 200mm f/2L IS, only to have my somewhat low expectations be broken, giving me that feeling of want for new equipment once again. So let me walk you through my newest love, the Canon 200mm f/2 IS; my favorite lens I’ll never be able to afford.

I wanted to try this lens for a number of reasons, but largely because of how it doesn’t fit in with what else is available for photographers. For starters, the 70-00mm f/2.8 is considered one of the must have lenses for many photographers, and one of the best selling lenses on all platforms. This lens, regardless of the manufacturer, is often sharpest at 200mm, and does a fantastic job of serving as an alternative to the 200mm f/2L that Canon offers. Secondly, Canon also has a 200mm f/2.8L available that is smaller, lighter, and nearly as sharp as the f/2 older brother. Both of these lenses, are much cheaper, much smaller, and just as good for most shooting…but that’s precisely what I love about the Canon 200mm f/2 IS….its absurdity.

Designed for (or at least that I can only assume) indoor sports photography, the Canon 200mm f/2 IS is a lightning fast shooter. However, being a sports lens, the lens itself is giant when compared to its predecessors, and weighs enough to give you a workout when shooting handheld. It’s size and weight make it a very difficult lens to work with, but when it works well, it works outstandingly.

We live in a world where many people believe that great photography can simply come down to a great camera. Photography is constantly being devalued, and I was able to use the 200mm’s size to leverage that belief into paying clients. Let me explain. I was in Albuquerque for a wedding, and while there, I had booked a couple headshot sessions for actors. My business of headshots is well established in Albuquerque, as I lived there until recently moving to Los Angeles. However, being there for a wedding left me often working in coffee shops, where I’d often bring this beast of a camera system along instead of leaving in the trunk of my rental car. Setting this camera and lens set up on a table as I built a proof gallery for my clients, garnered more attention that anything else I could have possibly done. This lens, in all of its size, generated a lot of conversations from people, asking why it’s so large, what I’m shooting with it, and who the hell I was. I told them I was using it and size is because it was the world’s best headshot lens, and I was in town from LA to shoot headshots for actors for the weekend. Believe it or not, this story, got me two additional clients while in town, who booked me for headshots, as their previous photographer certainly didn’t have the gear I was using. While that may not justify the size for some people, I kind of liked making it a talking point, and garnering the interest from others around me.

While many could debate if the Canon 200mm f/2L IS is really the best headshot lens in the world, the lens certainly dominated its presence and made for an interesting conversation starter for my newly acquired clients. Somehow, I was able to leverage this lenses worst feature, its size and weight, into a positive, booking two clients in the process.

One thing I rarely did when shooting with the Canon 200mm f/2L IS this weekend was shoot with it wide open. As you could imagine, 200mm at f/2 could make for some overwhelmingly shallow depth of fields, making focus a challenge, especially when working with moving clients, and shooting handheld. Instead, I used this lens for its incredible sharpness. As you may know, lenses are generally their sharpest when stopped down 1-2 stops from their wide open settings. When shooting headshots for actors, sharpness is among the most important things to gain the attention of agents and casting directors. So by stopping this lens down to f/4, I was able to maintain an incredibly shallow depth of field, while having unmatched sharpness. 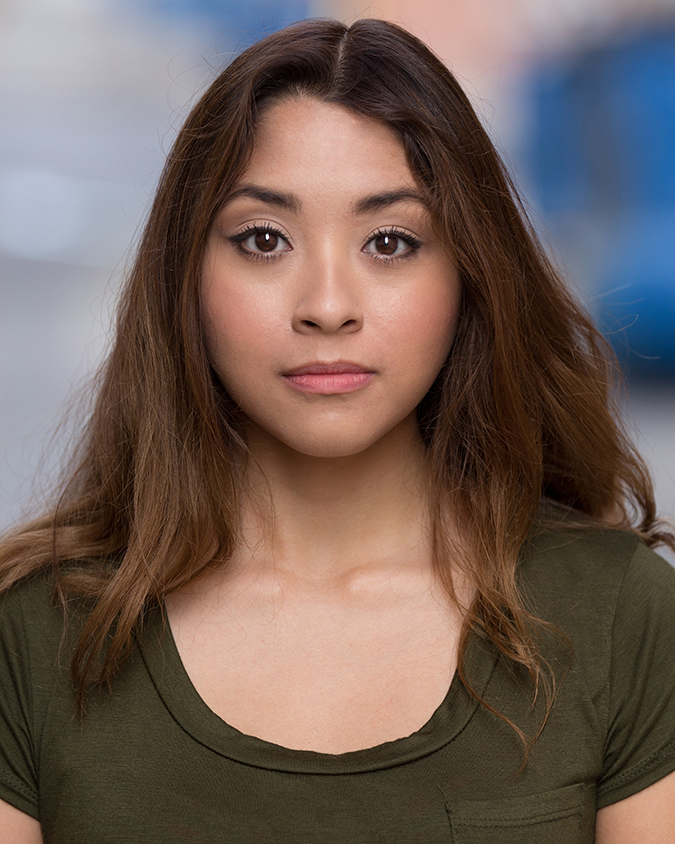 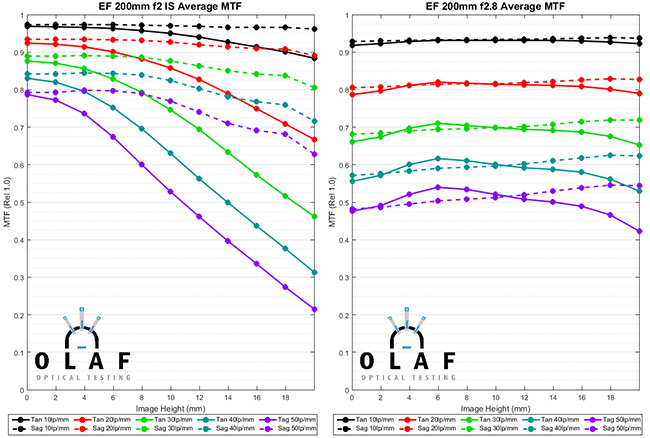 As the MTF charts put together by Roger Cicala show above, the Cannon 200mm f/2 IS is a bit sharper in the center at f/2 when compared to the Canon 200mm f/2.8L at f/2.8. However, when stopped down, the 200mm f/2 pulls ahead considerably in sharpness. In fact, the lens is often regarded as one of the sharpest lenses ever built on the EF platform.

While I don’t want to bore you too much with talks about bokeh, it’s certainly something I wanted to touch base on at least briefly. As mentioned earlier, I didn’t shoot this lens wide open at f/2 for the majority of the time I was working with it, but I had to give it a shot at least for a brief moment. I found, that the depth of field, while shallow, worked really well at f/2. In a headshot framing, I found the depth of field to have a quick falloff, but maintained sharpness in the eyes and other details of the face. The quick falloff was able to provide a nice creamy bokeh to bring the attention back to the face. Below is a shot taken at f/2, and is uncropped to show the quick falloff.

The end result, was I didn’t expect to really enjoy the Canon 200mm f/2L IS as much as I did. I had shot at 200mm before using my Canon 70-200mm f/2.8, and thought I had a good understand on how great this focal length could be while still thinking I preferred an 85mm over this 200mm. While I don’t plan on purchasing this lens for the insane price of $5,700, I will likely rent it again. With the sharpness of this lens, and the incredible compression 200mm can provide, I’m hard pressed to find another lens I’d rather be shooting with while outdoors photographing headshot sessions.