An Argument for the Sony FS5 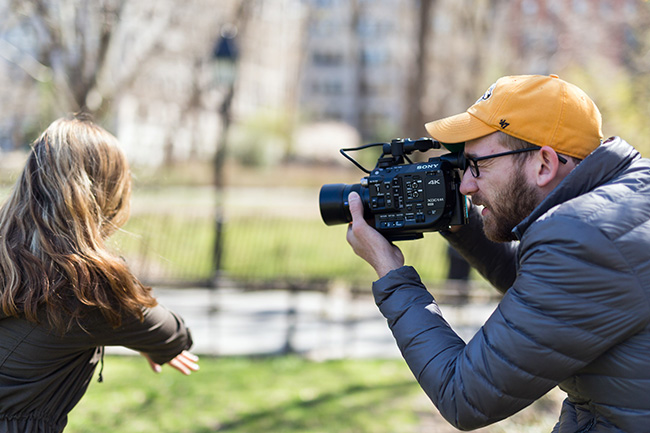 When I first saw the Sony FS5, I figured that it could be a fun secondary camera and not more. I expected to use it primarily as a slow-motion camera when I need one; I didn’t see it becoming too much more than that. Sony’s FS5 is the smaller and lighter sibling of the Sony FS7. This little guy compromises very little, making it an excellent B camera to the Sony FS7 and even a perfectly sufficient A camera.

I primarily shoot weddings and have been using the Canon C100 as my main and secondary camera for the last two years. For me, it has been an excellent workhorse and has been one of the most well-rounded camera packages that I have used. So the biggest issue for me was that it needed to be able to cut with the Canon C100 if it was going fit into my kit. 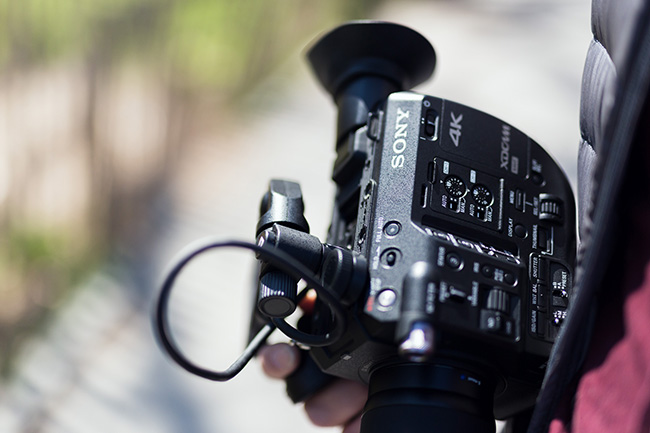 At face value, the Sony FS5 crushes the Canon C100 regarding the overall feature set. The FS5 offers High Frame Rate recording at up to 480fps, though the image is cropped and there is a max recording time of 8 seconds, 120fps has a max recording time of 16 seconds. I found that 120fps was sufficient for most situations, and I was able to get great shots even when handholding or when using a small rig such as the Zacuto Enforcer.

I found that the camera feels pretty comfortable, and the controls are pretty user-friendly. The handgrip unit is different than most others and takes a bit of getting used to. Since it’s molded to your hand, I had to always adjust the orientation based on where I held the camera. The camera is surprisingly small and light which is nice, but it is also a bit plastic, it doesn’t feel nearly as sturdy as a Canon C300 or Sony FS7. 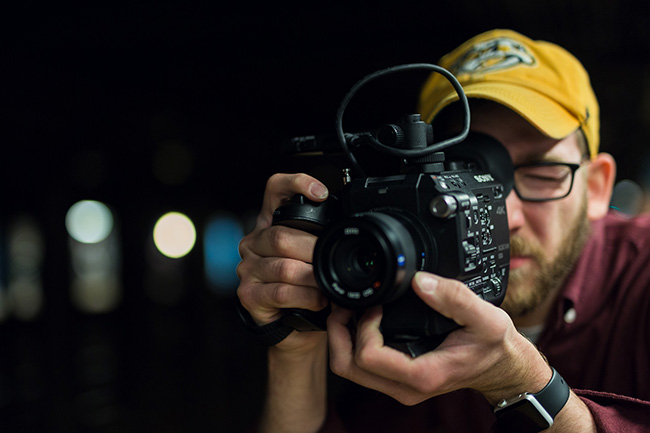 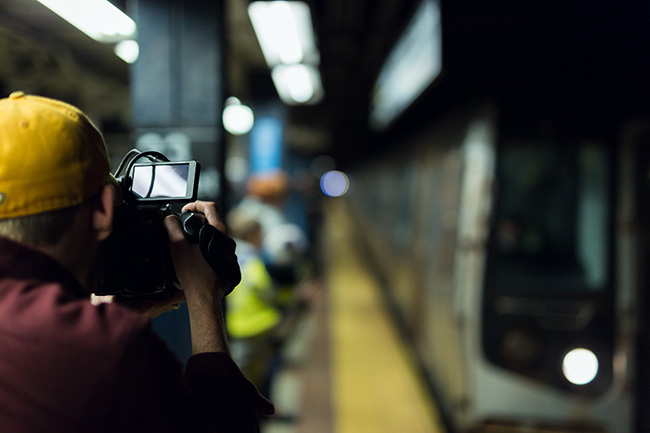 While most professional camcorders have a built-in Neutral Density filter, the Sony FS5 not only has one, but it has an electronic variable ND that has a range of 1/4ND to 1/128ND. This is one feature that I didn’t think would be a big deal, but turned out to be one of my favorite. Walking around the streets of New York, going from shadows to full-sun, I was able to dial in my exposure using ND, allowing me to leave the aperture wide open while fluidly changing exposure.

The battery life was excellent using the typical Sony U60 battery, the same battery used with the Sony FS7 and other Sony systems. I pretty much kept the camera on for 6 hours while using the viewfinder primarily and the battery level didn’t dip below 40%. However, I completely expect it to last nearly all day, considering the battery is so big and hcumbersome. 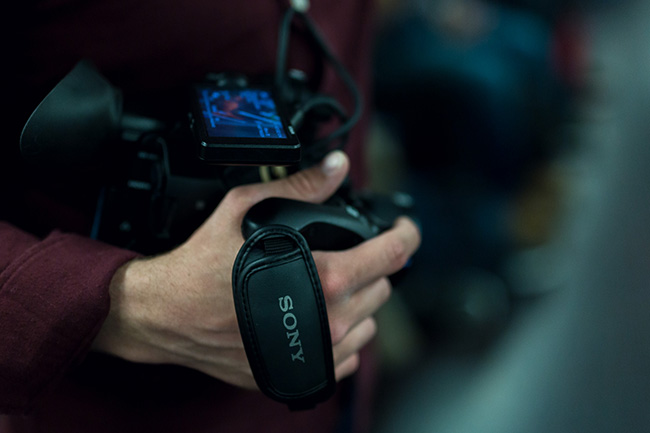 The low-light performance was one of the most limited features for me. The shadows were very noisy right out of the camera. Even after a bit of grading, I could only minimize the noise. When I grade, I don’t like to crush the blacks too much (if at all) and I just was not able to get a look out of this camera that made me happy in high-ISO situations.

To summarize, I enjoy using the 120fps and 240fps slow motion, the ergonomics of the camera is very nice, and it is very lightweight which makes it an excellent option when shooting handheld. The built-in variable ND filter is one of the standout features to me; it is so convenient when shooting run and gun projects. Finally, the most disappointing part of this camera was the low-light performance. The noise in the shadows was very frustrating and when comparing it to my Canon C100, the Sony FS5 is significantly underwhelming. 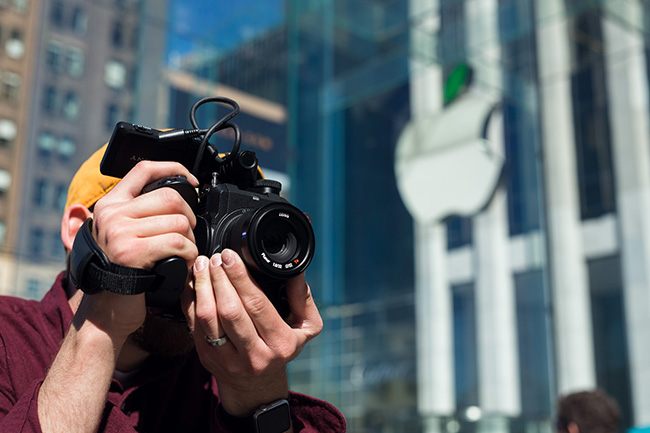 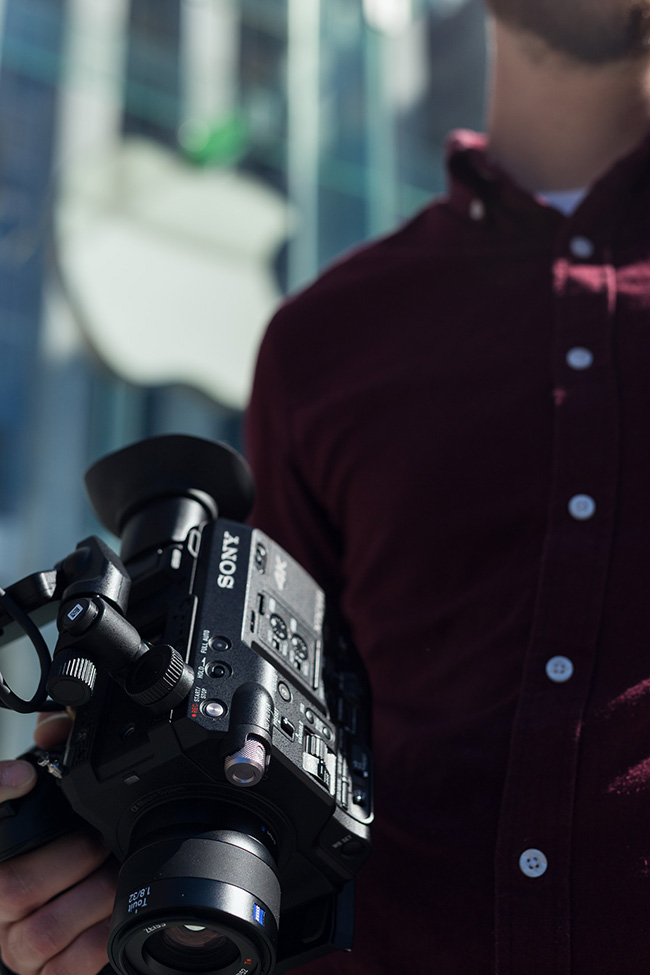 Overall, this camera is a great option for most jobs. In my opinion, it is best suited for run and gun productions such as documentaries or weddings. Putting this camera in context of our current professional camcorder world, I think the FS5 lands somewhere between the C100 Mark II and the Canon C300 Mark II. The HFR options, internal HD 10-bit 4:2:2, and 14-stop dynamic range pretty quickly put it head and shoulders above the Canon C100 Mark II. However, the FS5 shooting in 4K is 8-bit 4:2:0 (though with the new update it can output raw 4K, we are talking internal specs here) while the Canon C300 Mark II offers 10-bit at 4:2:2 and 12-bit at 4:4:4. When looking at the Sony FS7 next to the Sony FS5, of course, the FS7 is the clear winner, as it should be, they are two cameras serving two separate facets of the market. The FS5 is much smaller and lighter than the Sony FS7, making it ideal for situations when you need high-quality HD video and in a small package. For me, the low light shadow noise is a deal breaker for me, and I don’t see myself reaching for this camera as my primary camera. However, when a project necessitates slow-motion, it will certainly be the one I’ll use. 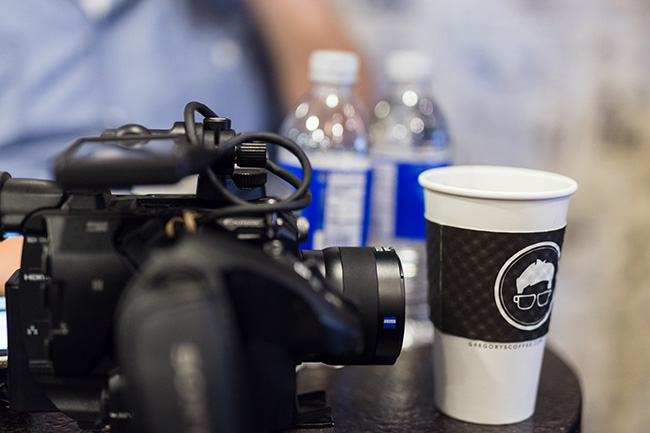